Last week, a woman started talking to me while I was working in a coffee shop (actually, she was complimenting me on my outfit, and that’s how we got started talking), and after a bit of small talk I found out that she was from Chile. ‘Aaah, Chile, I sighed.. Such a beautiful country! I love Chile so much!’ She was delighted to find out that not only had I visited her country, but I had traveled nearly the entire length of it, 2,653 miles (4,270km). It turned out that she hadn’t seen much of Chile beyond her hometown of Santiago, but when I started raving about how much I loved the Atacama Desert, Chilean Patagonia, the island of Chiloe, the sea lions of Valdivia, the Central Valley vineyards with the imposing Andes Mountains as a backdrop, talked about the geysers and salt flats, volcanoes and beaches… she finally said: ‘You’re right. Instead of flying thousands of miles to America, I should explore more of my own country.’ 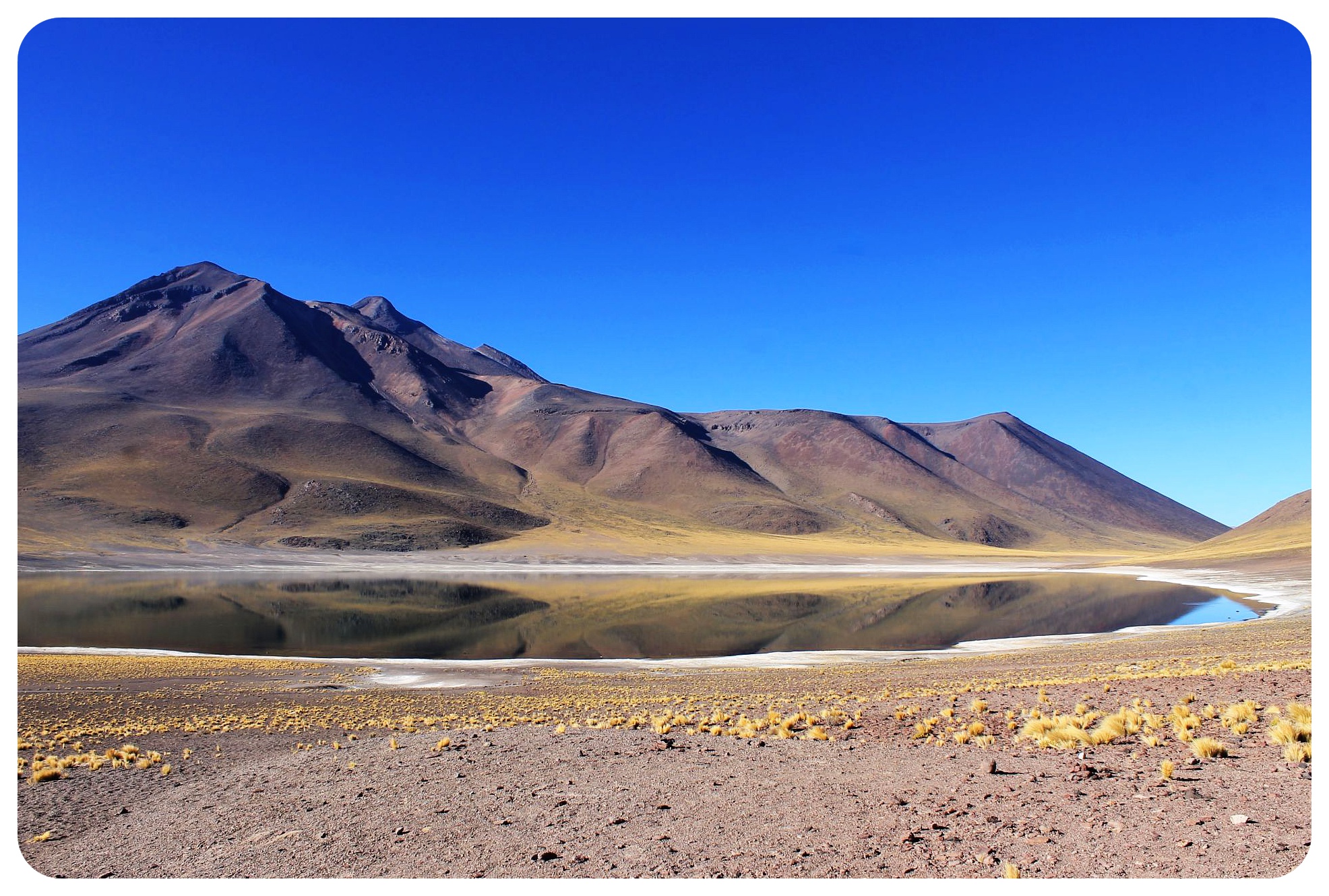 I wholeheartedly agreed, wondering when I myself would be able to hop on a flight to Santiago again. Talking to my new Chilean friend Marta so extensively about Chile had me relive all my favorite memories of the 3.5 months I spent there. I’ve traveled to many new countries since then, but few have been as diverse, breathtaking and memorable as Chile. I’ve seen return flights from New York to Santiago on LAN Airlines for as little as $650 which made me almost buy a ticket – but then I decided to continue my Latin America explorations in the north instead to visit the countries I haven’t been yet. Who knows though, maybe I’ll make it all the way down to Chile again when I fly to South America in a couple of months.

So what makes Chile so special? I am sharing ten places with you that I am sure will blow your mind – and I have to say that it wasn’t easy for me to cut it at 10! 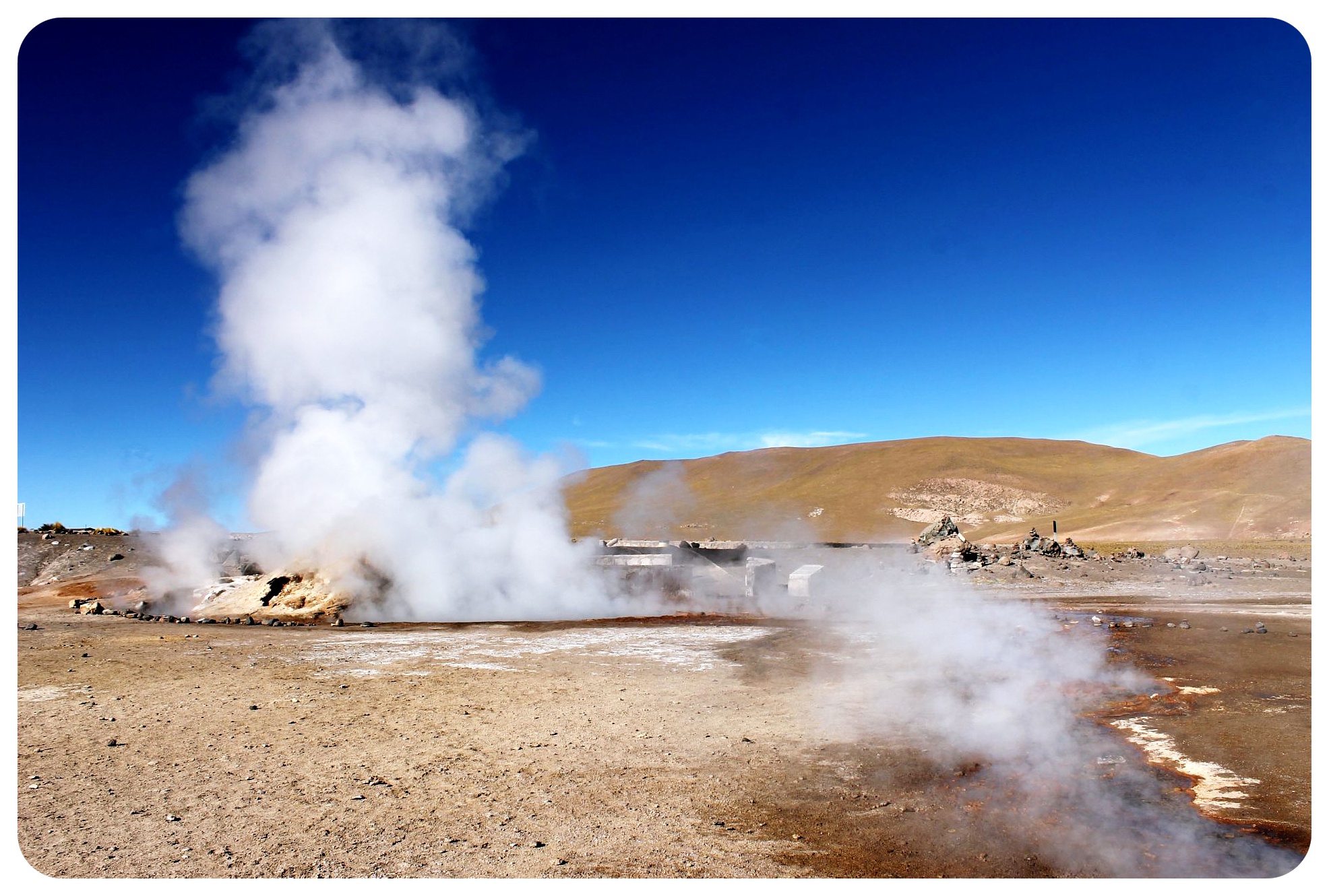 If you’ve been following this site for a while, you know that i was pretty obsessed with the Atacama Desert. I loved San Pedro De Atacama, the little town right in the desert that had the weirdest combination of being a sleepy cowboy town with amazing gourmet restaurants – and I could’ve listed ten breathtaking places just from here: the geysers, the hot springs, the bizarre landscapes that make up the Atacama Desert. But Valle de la luna, Moon Valley, takes the crown, because where else in the world do you think you’re literally on the moon?? I’ve been all over the world and with the exception of Iceland I haven’t seen landscapes as otherworldly as here in Chile’s Death Valley and the Moon Valley. 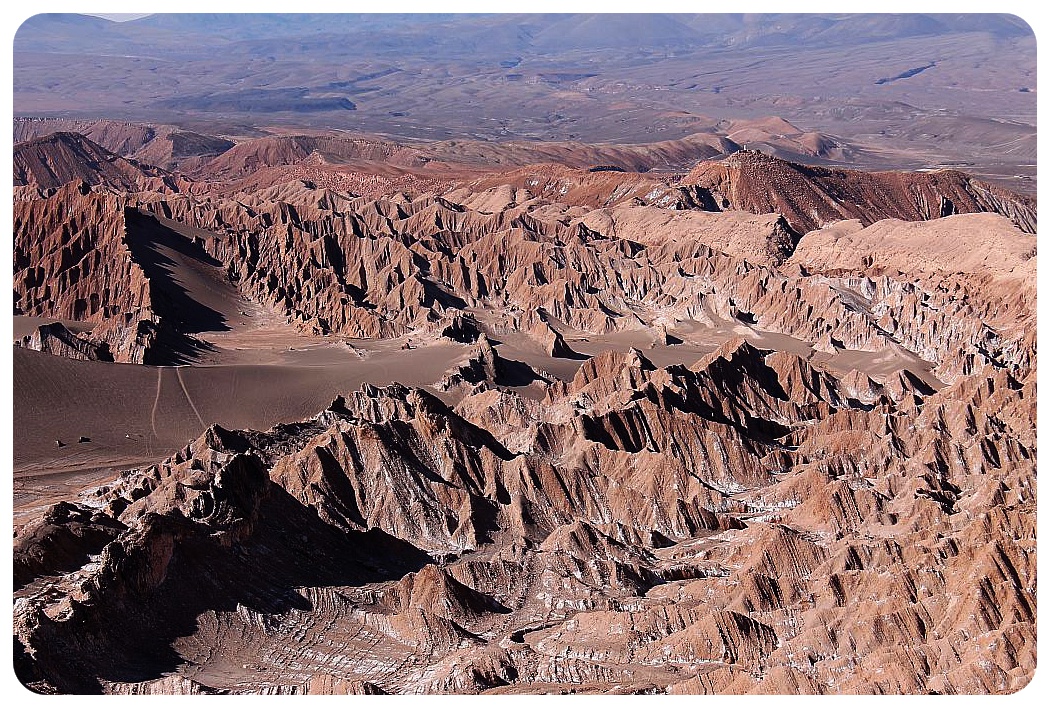 Valparaiso was my favorite city in Chile – by far! The city, which sits on 42 hills overlooking the Pacific, won me over with its terrific street art, brightly painted houses, cute restaurants and charming old-fashioned funiculars which would transport me up and down the steep hills. And no matter where in ‘Valpo’ you’ll find yourself – you’re never far from a breathtaking mural. See more of Valparaiso’s colors here: Live and in Technicolor: Valparaiso is Chile’s colorful cultural capital 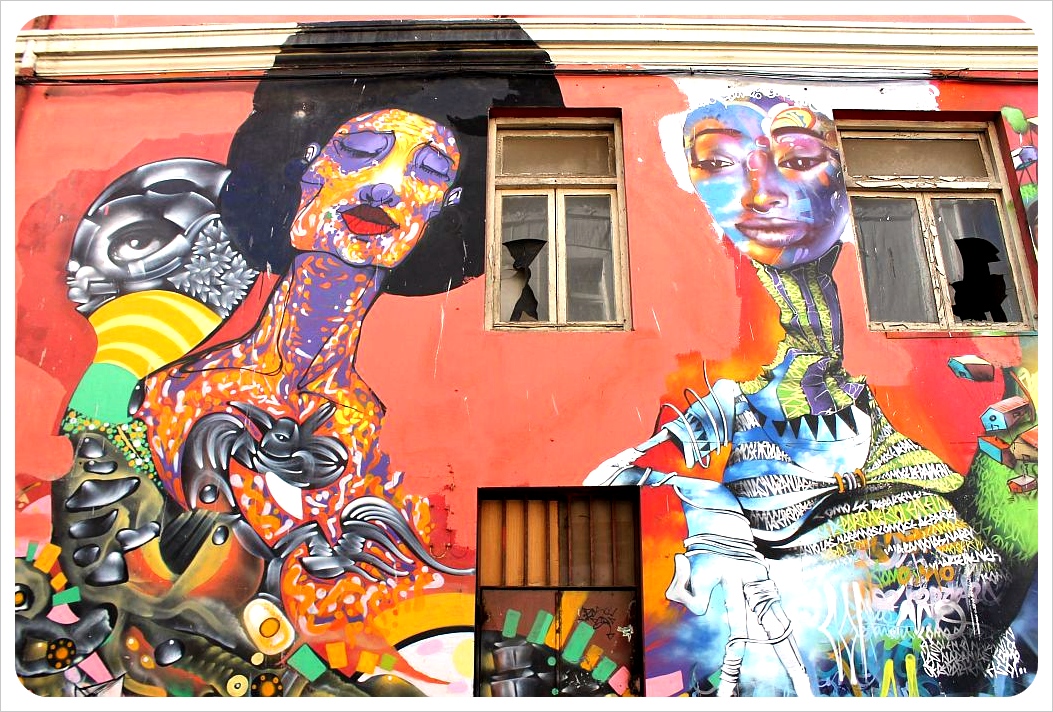 I’ve been thinking a lot about Chiloe since I left the island, partially because of Maya’s Notebook

, an Isabel Allende novel I read earlier this year, which is partially set on Chiloe and does an amazing job in pulling you into the magic of this desolate, enchanting island (buy it now, I promise you won’t be disappointed.. Allende’s story telling is, as usual, outstandingly beautiful, but you might end up buying a plane ticket once you’ve finished the book, just to warn you).

The other reason I’ve been thinking a lot about Chiloe is because it’s one of those places that you visit that never let you go, you leave part of your heart there. The lush, green island lures you in with its remote national parks, mystical stories about witchcraft, unique palafitos (houses mounted on stilts along the water’s edge) and one-of-a-kind wooden churches, of there are over 150 strewn across the island, and 16 of which are UNESCO World Heritage sites. To get a better idea of what I’m talking about, read this article about my first meeting with Chiloe: A blind date with Chiloe. 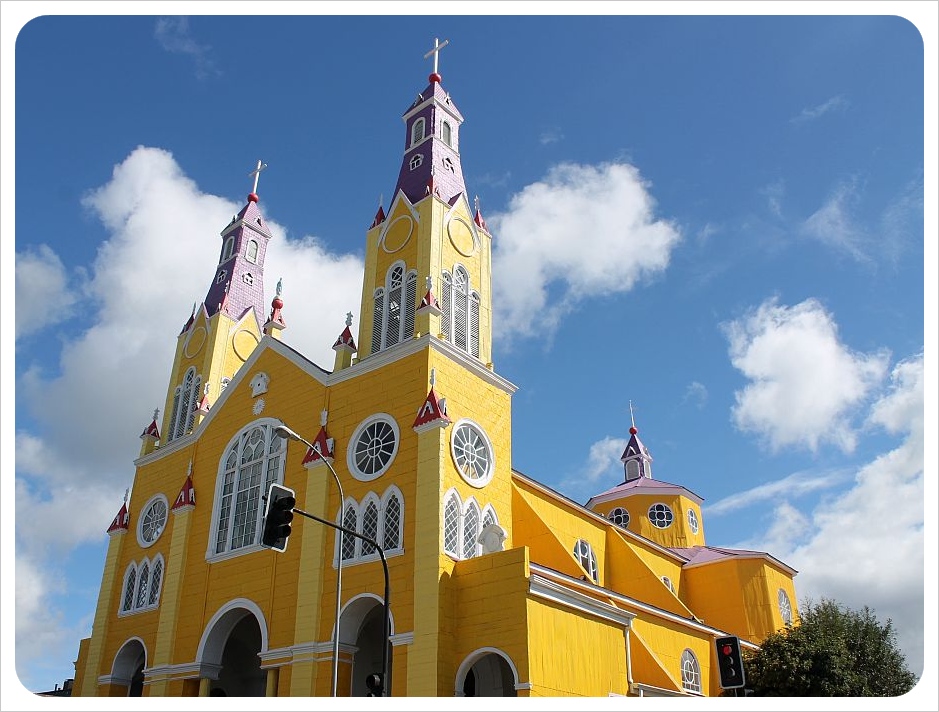 Torres Del Paine is one of the most spectacular places in Patagonia, named after its most impressive peaks, the three ‘Towers del Paine’. You can trek for days in the vast national park that has a truly breathtaking scenery ranging from glaciers, azure lakes, rugged mountains, open steppe (great for wildlife spotting) and blue icebergs that cleave from the glaciers. The ‘W Trek’, its most popular trekking route, is a challenging multi-day trek that many count as one of the best treks in the entire world, and my biggest regret to this day is that I didn’t attempt the trek when I was down in Patagonia and visited Torres Del Paine. 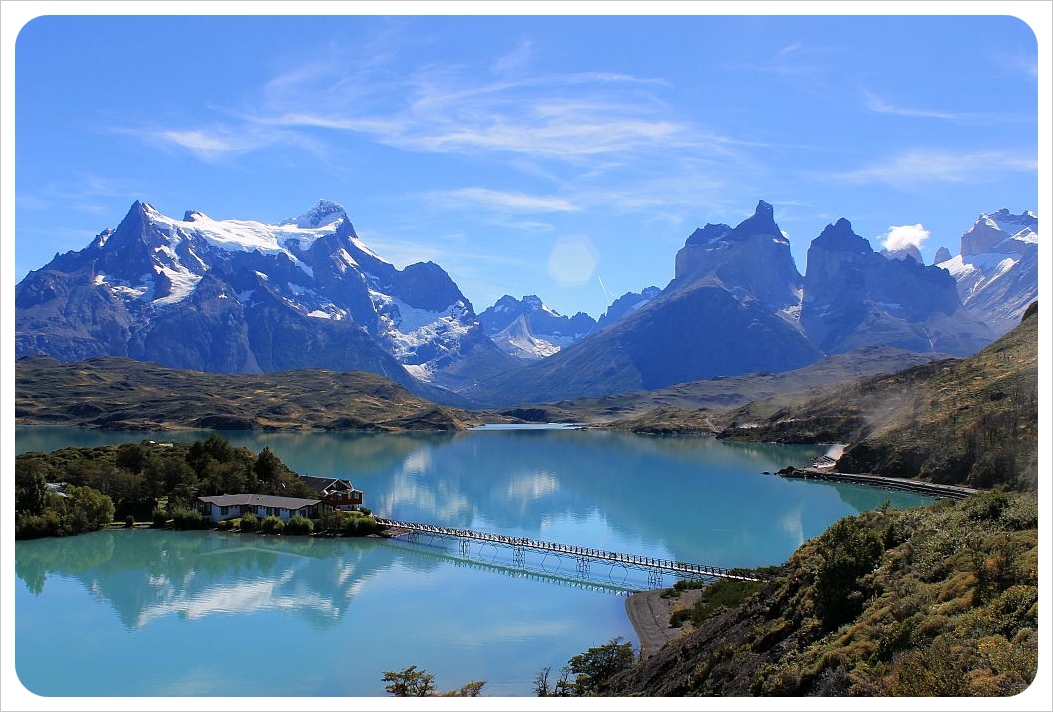 It might not be as famous as the massive Salar de Uyuni just north of the border in Bolivia, but the Chilean Salt Flats, the Salar de Atacama, is nothing short of stunning. At 1,200 sq miles (3,000-km2), the salt lagoon in the Atacama Desert is in fact the third largest salt flat in the world. The thick grey salt clusters are quite a different sight from a white salt flat, making it even more unique. The various lagoons here attract a large population of Andean and Chilean flamingos, adding yet another special feature. 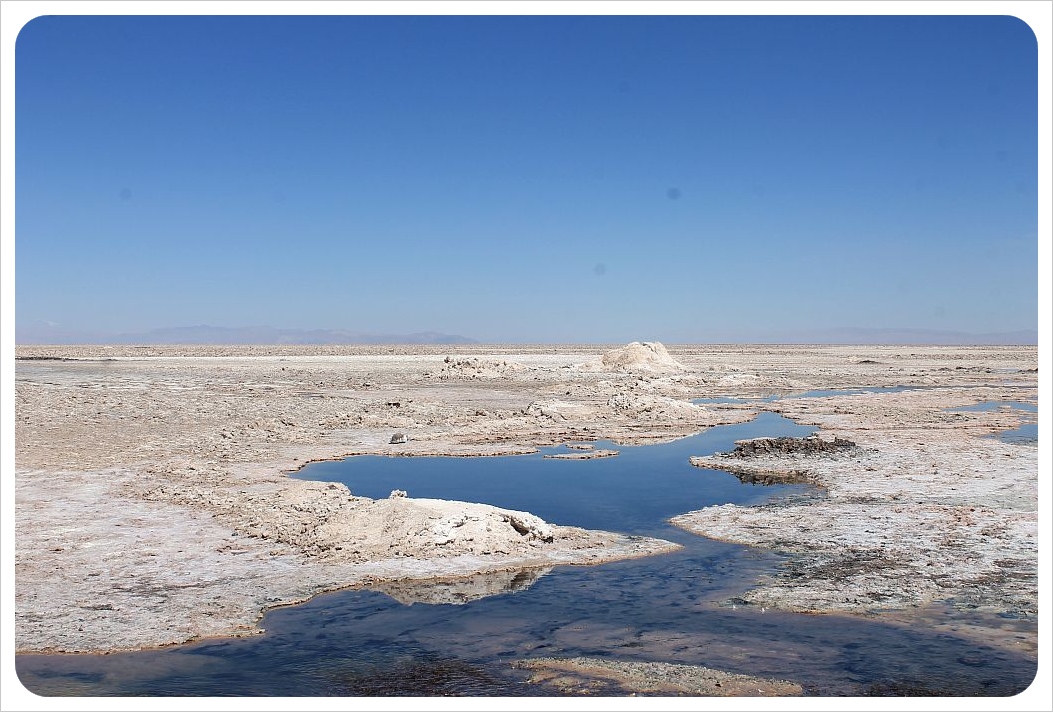 Tierra Del Fuego is a region that you’ll never forget – the southernmost landmass of the Americas, it is shared by Argentina and Chile, but Argentina’s part of the island is much more populated than the sparse Chilean side. With only 7,000 people, this is the least populated region of Chile, and calling Porvenir, the biggest settlement on the island, a town, would be an overstatement. This wind worn, barren part of Chile truly feels like the ‘end of the world’, and its wide open landscapes will amaze you, trust me. To show you just how isolated Tierra Del Fuego is: we ended up hitchhiking to Ushuaia, the southernmost city of the world, from Porvenir, because there was no public transportation. Read the full adventure here: The day we hitchhiked to the end of the world 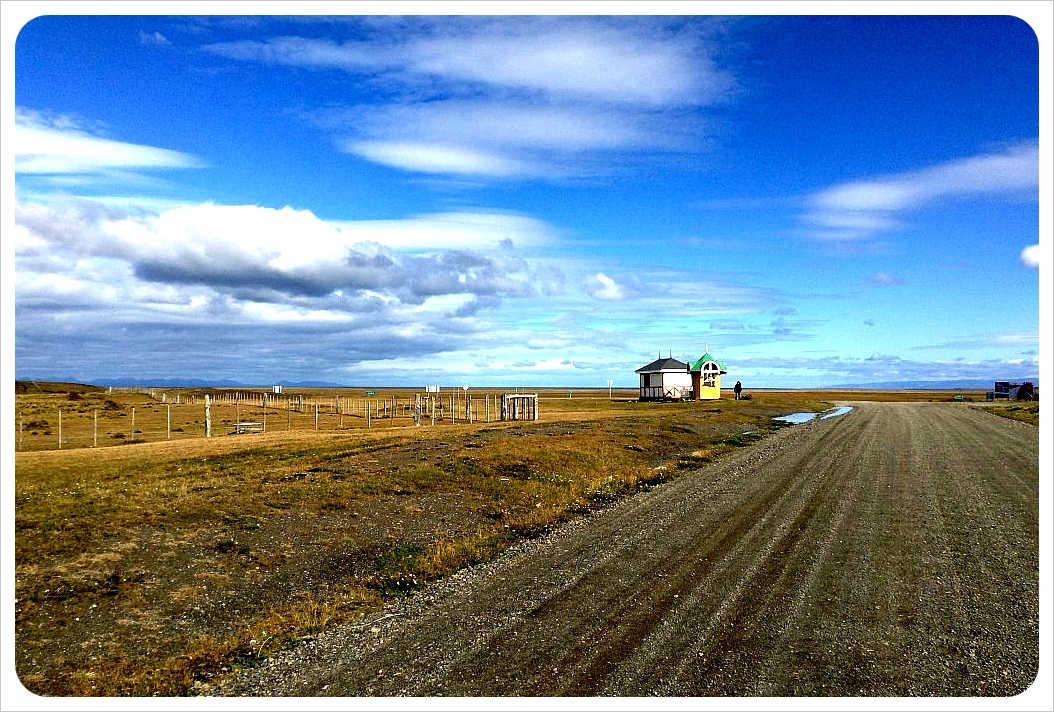 Speaking of remote places – Tierra Del Fuego and Chiloe are not the only remote places in Chile – compared to to the mystic Easter Island, the other two are downright populous. The volcanic Easter Island is one of the most desolate places on earth, located in Polynesia, 2,182 miles (3,512 km) from the Chilean mainland. The island, also known as Rapa Nui, is famous for its 887 magnificent moai statues – undoubtedly Chile’s best known UNESCO World Heritage site, erected by the Rapa Nui people between the 10th and 16th century.

The Elqui Valley is a narrow valley that stretches from the seaside town of La Serena all the way to the Argentine border (with Chile being such a narrow country, that’s just over 90 miles / 140kms.) A beautiful sight during the day, it’s the nights when the Elqui Valley truly shines – quite literally. Because of its cloud-blocking location – the extremely dry Atacama Desert to the north and the Andes Mountains to the east – the Elqui Valley is blessed with some of the best stargazing conditions in the world. Not only hobby astronomers flock here, but also astrophysicists from all over the world come here to study the stars. A night of stargazing in the Elqui Valley will take your breath away for sure.

9 The volcanoes of the Lake District

One of the reasons I’d love to return to Chile for? The volcanoes! I was super stoked about climbing the active Villarica volcano when I was in Pucon in Chile’s Lake District, a region famous for its four picture perfect snow-capped volcanoes, each of one is perfectly cone-shaped. But during my time in the Lake District it was raining for days on end – I couldn’t even see the volcanoes! I’d see them on a daily basis in the souvenir shops around town though – in all their glory, printed on a postcard. Even seeing them on paper left me speechless, which is why I hope I’ll get the chance to see them in real life one day.

Chile truly has it all – salt flats, deserts, volcanoes, beautiful beaches, mountains, picturesque towns, glaciers, geysers – and giant sand dunes. One giant sand dune to be precise, the famous Cerro Dragon, or Dragon Hill, near Iquique, a seaside town in the far north of the country. The 2.5 miles (4km) long sand dune is the largest urban sand dune in the world, and with heights varying from 150 to 500 meters, only the Sahara Desert has higher sand dunes! It’s a spectacular backdrop for the town – when you stand on the beach and face Iquique, you’ll always see the giant Cerro Dragon looming behind the skyscrapers of the city. And if you’re into sand boarding, you can’t miss Iquique on a trip to Chile! 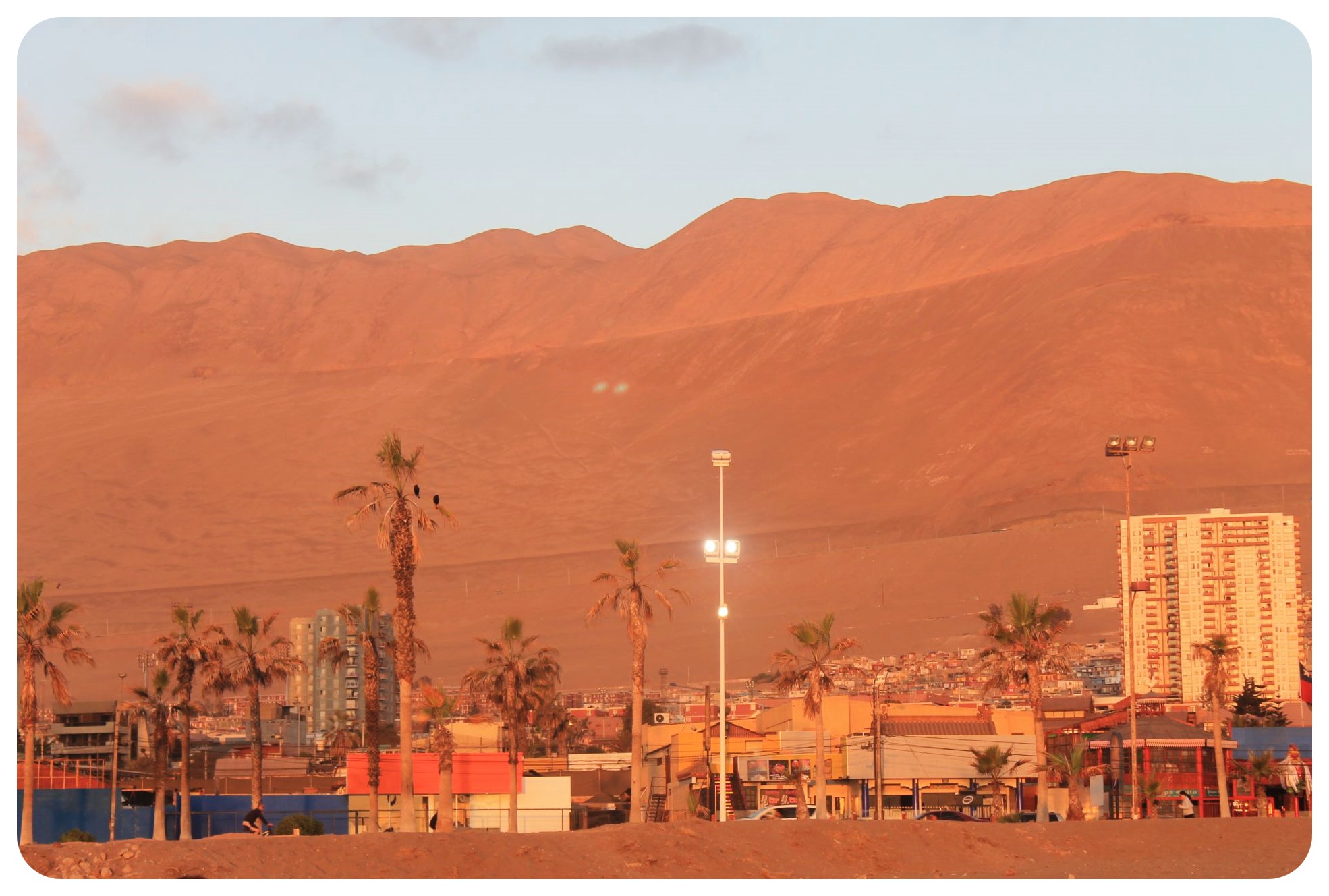 Have you been to Chile? Which places took your breath away? Share in the comments below! 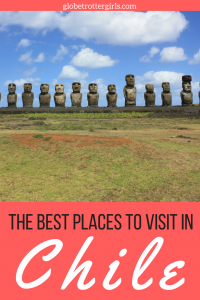 Polaroid of the week: Beach day in Coney Island

How to keep your romance alive while traveling

Polaroid of the week: Spring time in New York City