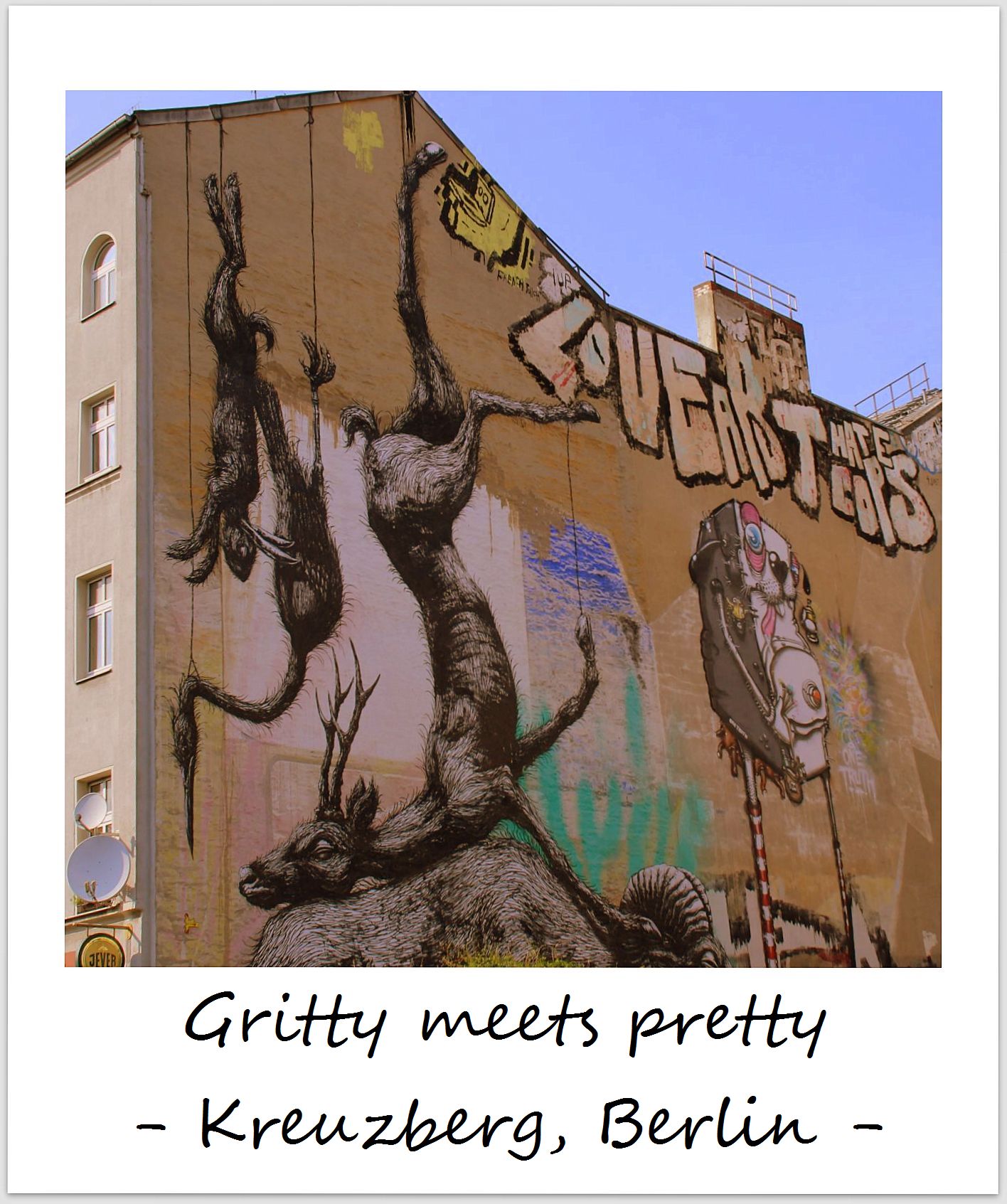 My summer Euro trip is in full swing now and I still can’t believe how lucky I’ve been with the terrific summer weather. My first stop after Brighton was Berlin, and on this visit, I was much more like a tourist than I usually am, showing a first-time Berlin visitor around. While we were touring the Kreuzberg neighborhood one day I was reminded why I loved Berlin so much: even though all of the buildings have been beautifully restored to their pre-war grandeur, they are covered in graffiti, down to the doorways. I wish I had caught more of the impeccable facade of the apartment building in this week’s Polaroid, but I was obviously trying to snap the impressive Roa mural, even though I’ve taken at least half a dozen photos of it over the years (he happens to be one of my favorite street artists). The building perfectly sums up the gritty-meets-pretty vibe I get in many neighborhoods around the city, plus it reminds you of the ‘f*ck obedience’ attitude of the city’s innovative and out-of-the-box thinking inhabitants (see the ‘Love Art, Hate Cops’ graffiti on top of the building).

The untamed spirit of Berlin that makes the city so unique within the country and which is so not ‘typically German’, combined with the magnificence of historic buildings; the inspiring and constant reinvention of the city’ and the varied mix of people from all over Europe and beyond that have been making Berlin their home in recent year lures me in so fast that every time I come here, I immediately just want to put my bags down and stay for a few months. I don’t think there’s another city in Germany that comes anywhere close to being as forward thinking, diverse and edgy as Berlin and the city knows how to use its ‘poor but sexy’ motto to attract millennials from all over Europe, making it even more interesting and diverse. Every time I return, I come across new hipster coffee shops, weird but cool bars, cheap eateries and new start-ups. Berlin continues to wow me, to impress me, to inspire my creativity.

While this was a way too short stint in one of my top three favorite cities in the world, I won’t be gone for long – I get to spend more quality time in Berlin this month as I decided to take it easy before a crazy busy September, and because of the work overload I mentioned a couple of weeks ago. If you happen to be in Berlin this month too, let me know! 🙂