After sharing my five best moments in five years of travel yesterday, it’s now time for the five worst experiences. Contrary to yesterday’s post, for which I had a hard time narrowing down only five favorite moments, it was much harder to come up with five really horrible experiences. I guess I am just lucky that nothing really bad has happened (yet… And knock on wood that things continue to go well).

So here are the five worst moments of five years of travel:

This is still the worst travel experience for my ego – after priding myself for years for always researching every destination down to the smallest detail and knowing all about possible scams, I got scammed really bad on my first day in Bangkok back in 2011. I fell for the ‘friendly Thai guy’ and the ‘tuktuk scam’ and learned later on that they are among the most common scams in Bangkok. Instead of planning my trip around Thailand independently, I handed over a whole bunch of cash to a shady travel agent for plane and bus tickets – both of which turned out to be fake. All because this one time, I hadn’t done any research. A quick look in the Lonely Planet would have warned me.

It took me nearly four years to finally make peace with Bangkok (something like this can really ruin your impression of a city) but I was frustrated to witness this year that the scammers were still going strong around the main tourist sights (and my article about the experience is read by at least 50 people every day – most of whom I am sure find it after getting scammed). My ego is still bruised from the scam but the experience also helped me to become more careful and vigilant and to read up on potential scams even more – I see it as a very expensive lesson learned.

Read more: Getting scammed in Bangkok

Experiencing a 7.6 earthquake in Costa Rica

I don’t think I’ve ever panicked the way I did when the house started shaking uncontrollably at 6 a.m. on a random October morning while I was house (and dog!) sitting in a small beach town in Costa Rica in 2012. Luckily that wasn’t my first earthquake – I’d experienced my first major one a few weeks earlier, when the homeowners and my partner were still around, but during this second one, I was the only person in the house, and there weren’t any neighbors nearby.

The second one was not only scarier for me because I was by myself, but also because I didn’t have my contact lenses in and was basically blind, and it was still dark out. I grabbed the little dog and ran from the bed to the door frame where I waited out the earthquake, hoping the house wouldn’t collapse and bury my contact lenses.

I was once again very lucky that there weren’t any major damages and that neither me or the pup were hurt during the earthquake.

Read more: Notes from the beach house: The earthquake edition

Every single time a stray dog breaks my heart

Admittedly, this isn’t a particular moment on my travels, but something that happens all the time, at least when I’m traveling in third world countries. Anyone who’s ever traveled with me can confirm that I can’t walk by a stray cat or dog, always having to pet them and if they are in really bad shape I go and buy some food for them – in Central America I was even traveling with dog food in my day pack.

While I’ve always considered myself a cat person it’s the dogs who keep breaking my heart when they join me for a few hours or even a few days and I get too attached to them, wishing I could take them with me. I hope that I’ll be able to rescue at least one stray dog one day, taking him with me and share my home with him or her (as soon as I have a home, that is.)

Read more: It’s a dog’s life for animal lovers on the road 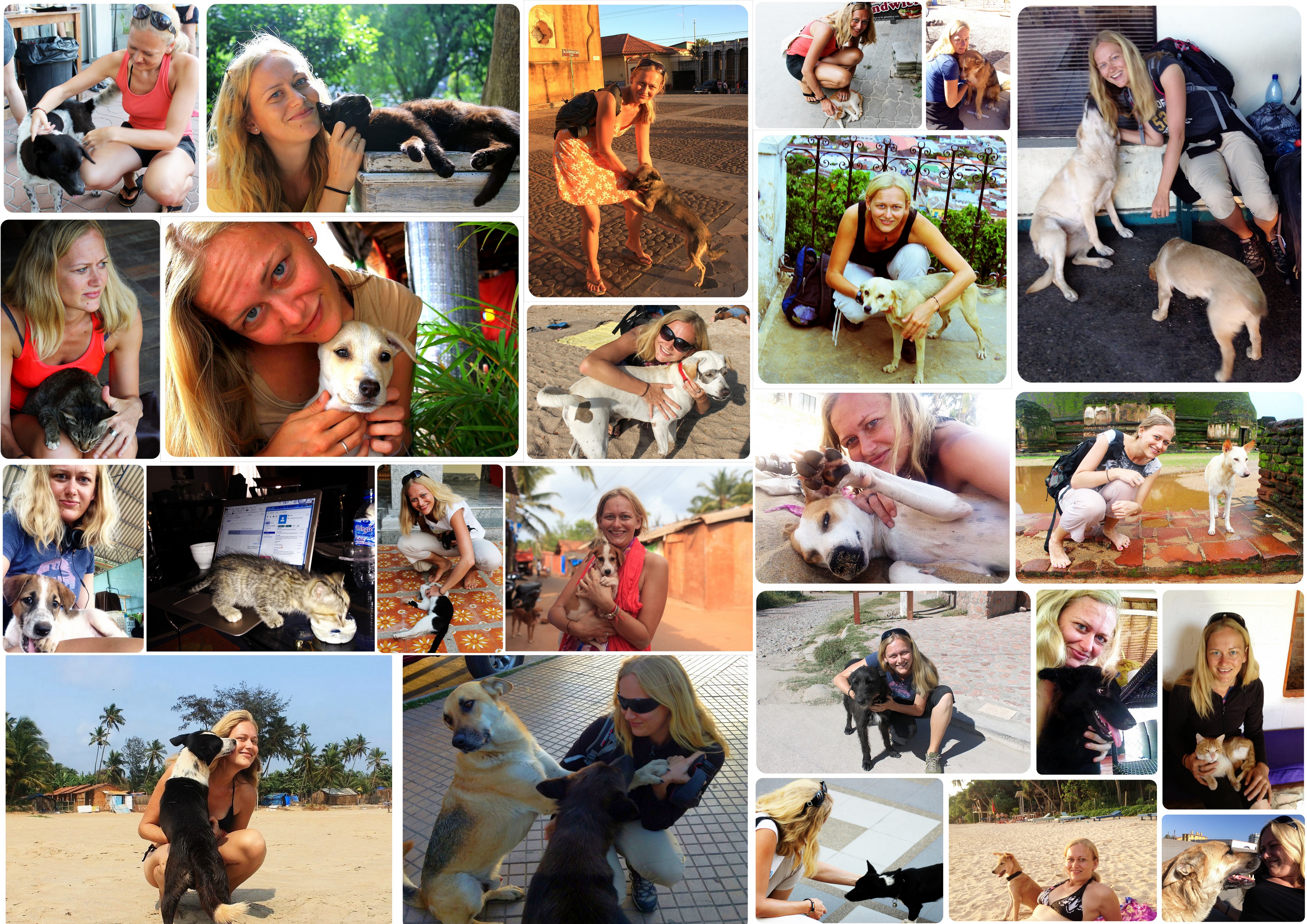 Getting terribly sick in Bolivia

I’ve had several minor sicknesses over the past five years: stomach bugs, head colds, giardia, but nothing that didn’t go away after a few days. Until I got to Bolivia. It started with a terrible cough that turned into a full-on cold with pain in my lungs and difficulties breathing, altitude sickness and finally a stomach bug which resulted in me not being able to keep in any meals for nearly three weeks. My body got weaker and weaker and I just wouldn’t recover, no matter how much medicine I took. In the end, I had to go see a doctor and it turned out that I had a protracted lung infection, a bronchitis and a stomach bug on top of it. I had to get several injections and antibiotics and it took me nearly a month to get back on my feet after this. 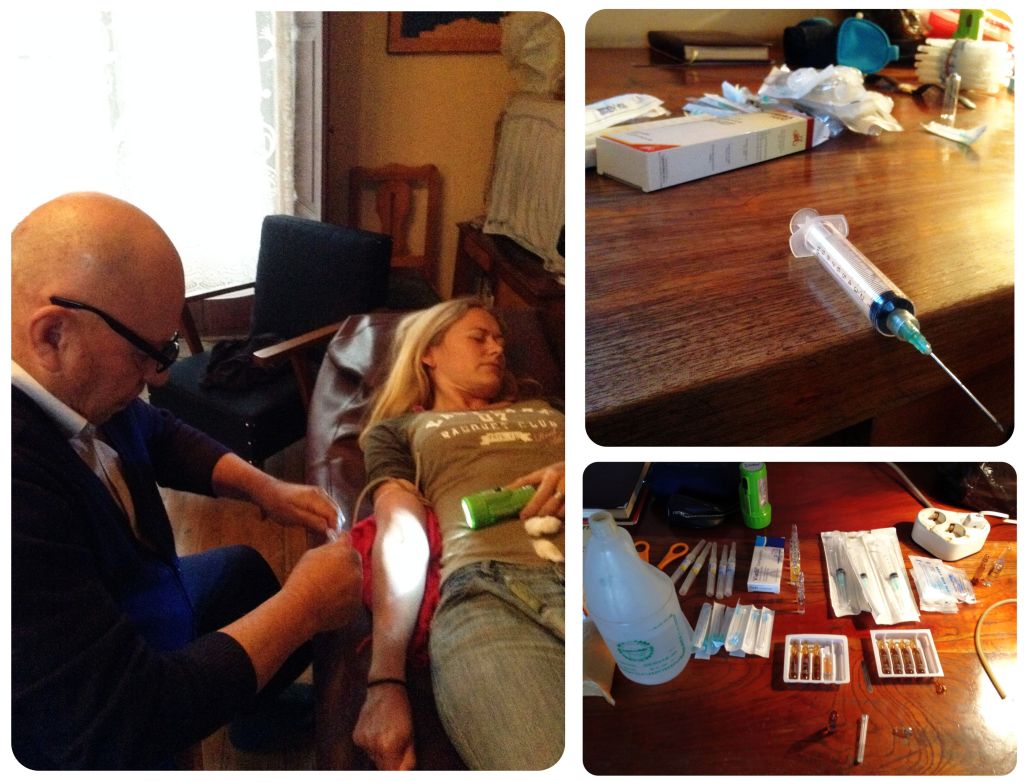 An attempted robbery in Montevideo

It happened in Ciudad Vieja, Montevideo’s old town. It was late at night, we were on our way back from dinner, the street was empty except for a few guys we passed. All of a sudden I felt someone pulling on my backpack from behind – with such a force that I was thrown to the ground.

It was a blessing in disguise that the guys who attempted to rob us weren’t armed, and the fearless Ms J put them to rout by yelling at them in Spanish really loud. However, it was still a scary moment and I was shaking when we got back to the guesthouse – I would have lost my camera gear, had they been a bit more persistent, but I had left my credit cards and cash back in the guest house. Even though I didn’t lose anything in the end, it was an experience that left a bitter taste in my mouth – I couldn’t enjoy Montevideo after that and was always afraid when we walked outside in the dark (something we tried to avoid after hearing that this wasn’t the first time this had happened, with others being less lucky).

Read more: She said, she said: Perspectives on an attempted robbery in Montevideo

Have you experienced any horrible travel stories? Share in the comments below!