This is not your typical travel article about Ibiza – while I do share a few places that I think are great to experience Ibiza away from the tourists, I want to focus on six surprising facts about Ibiza – facts, that not a lot of people know.

Many of you don’t know that I lived in Ibiza for a while, and my summer on the little island in the Mediterranean was actually was planted my wanderlust. The idea for a long-term trip and my love for Latin America (I worked and lived with Argentinians) evolved when I was living on this irresistible little island, and I already shared that it is one of my top three places in Spain for a winter getaway.

What I discovered during my time on the island was something that I hadn’t discovered during the short package holidays I’d had on Ibiza before I moved there: that there is a hidden side of the island – an Ibiza away from the tourists. I thought it was time to share some little known facts about Ibiza, one of the most beautiful islands in the Mediterranean. 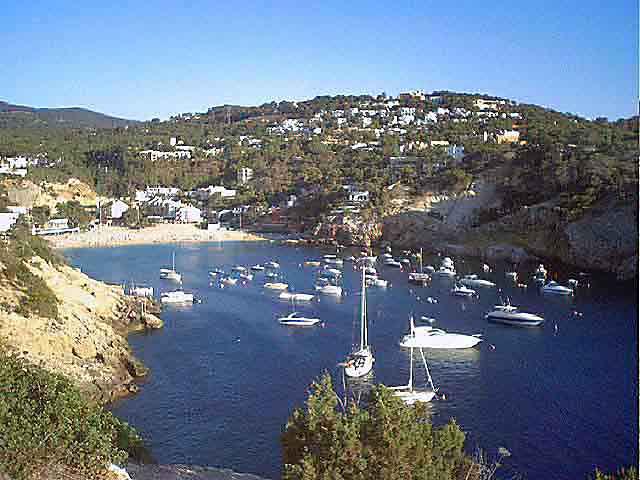 So without further ado:

Ibiza is not (only) a party island

Over the past few years, every time I mentioned that I lived in Ibiza, people start talking about how they want to experience one of the epic parties there. The island is well known for its electronic music scene, its mega clubs that hold crowds of up to 10,000 people, the chill-out sunset bars – Ibiza even made it into a J Lo song! And admittedly, I came for the parties as well, at least partially. But during my three-week visit to Ibiza a couple of years later, I didn’t go to a club once. Because Ibiza is so much more than a party island! There are only a handful of these mega clubs on the island, and the main DJ season only lasts from late June till mid-September. If you are looking for a tranquil island getaway, you can still have that during this time – simply stay outside of San Antonio or Playa d’en Bossa. In fact: the further away you get from the island’s bigger towns, the more likely you’ll be to find the Ibiza off the beaten path that I’ve come to love so much. 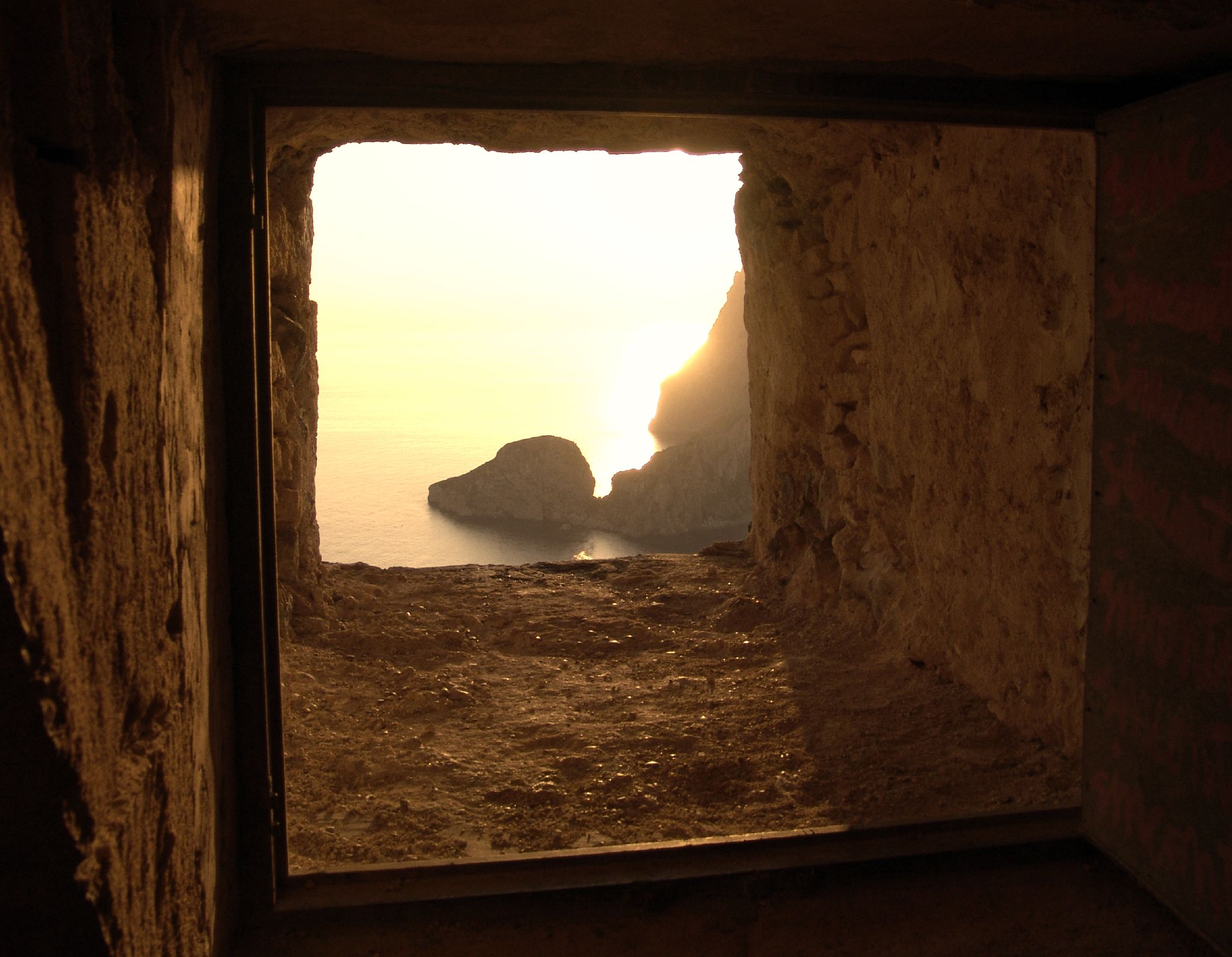 Many people don’t know this, but Ibiza has considerably pushed high-end tourism over the past few years. As much as the island loves the revenue that the clubbing crowd brings in, Ibiza is actually looking to attract a more sophisticated clientele, and to be a year-round destination instead of depending on the club season. To learn that Ibiza is actually a winter destination is a surprising fact about Ibiza for many.

In 2007 a bill was introduced that every new hotel built had to be a five star property – the £30 a night cheapie package tourists aren’t what Ibiza is after. The yacht marina has been enlarged and modernized, expensive boutiques line the streets of Ibiza Town and fine dining establishments have been popping up increasingly over the past few years. 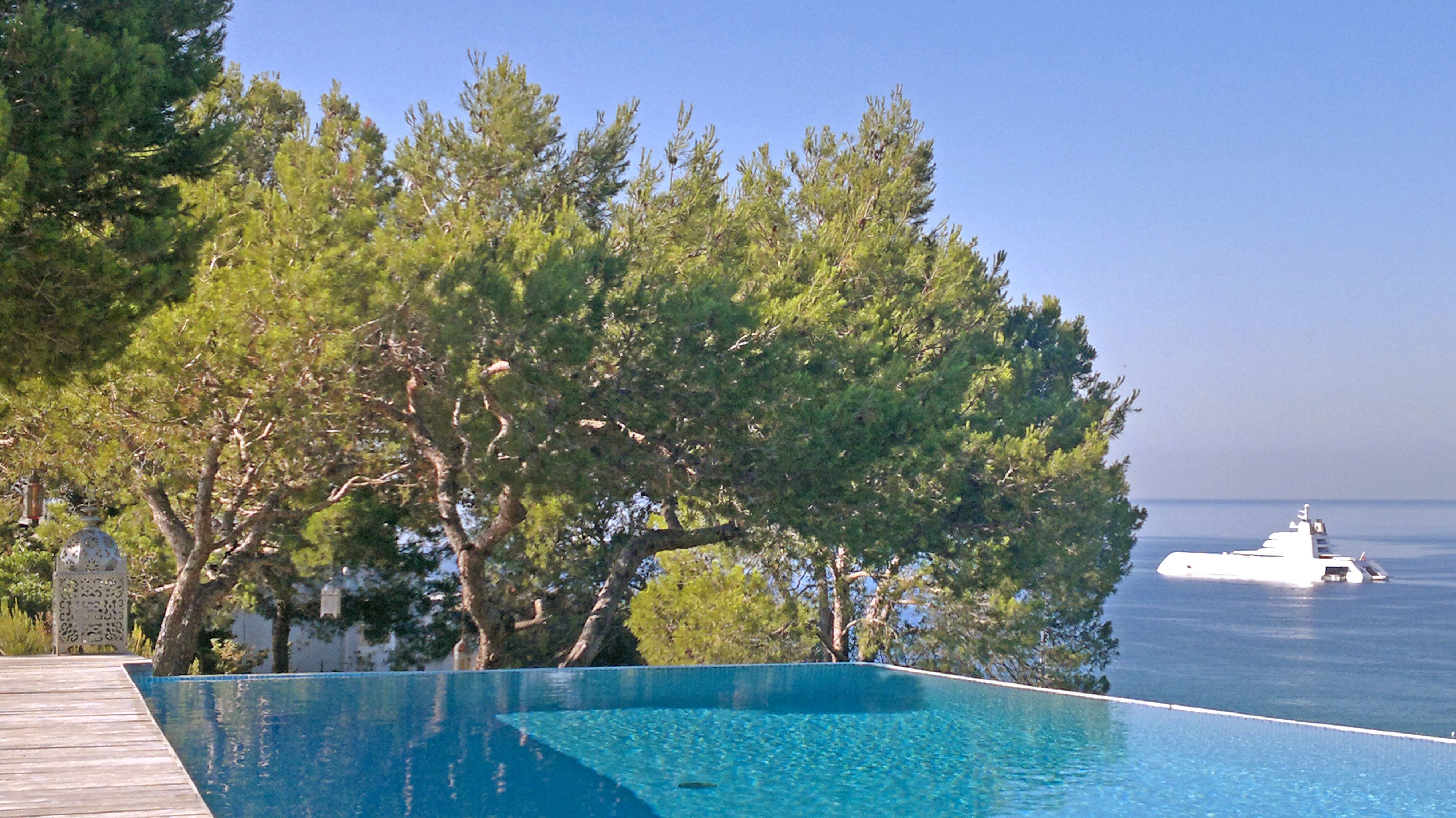 Villas and vacation rentals in Ibiza are more sought after than ever, for one thanks to the rich and famous that visit the island every year and have an entourage of friends, chefs and assistants with them, but also regular vacationers appreciate the amenities of a vacation villa: having your own kitchen, space for dinner parties, a private pool and several rooms so that people can have an exclusive getaway with their friends instead of staying in hotels. Staying in a remote villa also allows you to experience Ibiza away from the tourists. Have a look at Airbnb for some of the best vacation rentals in Ibiza. (If you don’t have an Airbnb account yet, you can sign up through my referral link and get up to $40 off of your first booking!) 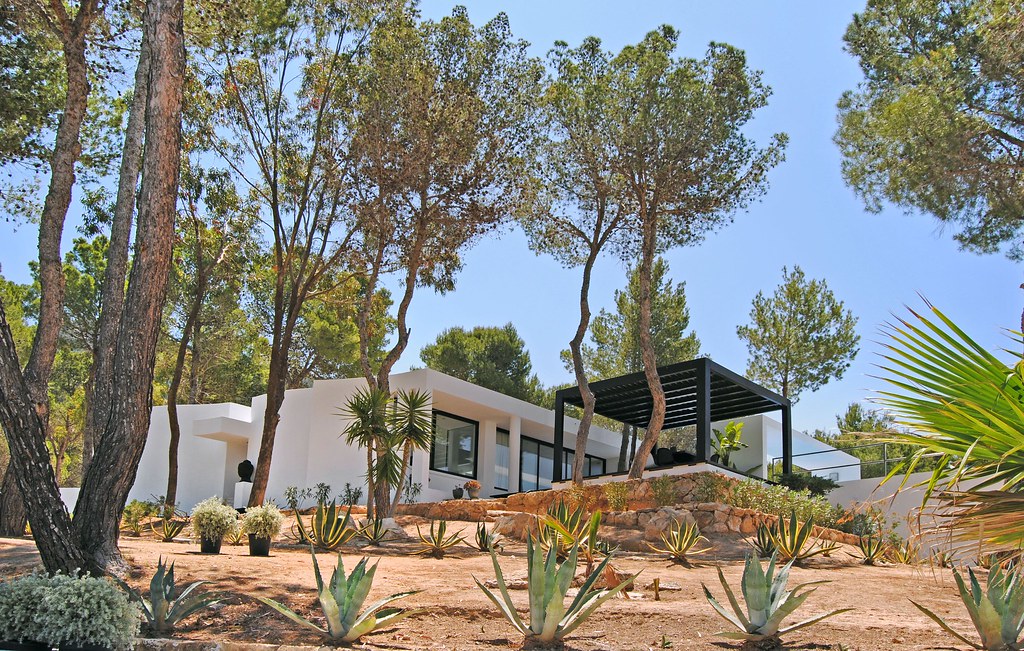 The island doesn’t only want to attract the rich and famous though, it is aiming at a clientele that appreciates its natural beauty and heritage, its pristine beaches and little calas – small bays with crystal clear water and pine tree fringed sand beaches. Ibiza doesn’t only have dozens of beautiful little beaches, but also a myriad of hiking trails, which add to the island’s attraction outside of the hot summer months.

One of the most surprising facts about Ibiza is that in 1999, UNESCO declared Ibiza’s Biodiversity and Culture a World Heritage site. Making Ibiza a UNESCO site meant recognizing its outstanding natural beauty.  Remarkable landmarks such as Dalt Vila, Ibiza Town’s Old City, the Posidonia of Ses Salines Natural Park, the Phoenician settlement of sa Caleta, and the cemetery of Puig des Molins were also honored as part of the UNESCO announcement.

Another little known fact about Ibiza: The island is full of ancient sites dating back to the various groups of settlers who inhabited Ibiza over the centuries, particularly the Phoenicians, who founded the first settlement on the island in 654BC. When visiting Ibiza, it definitely pays off to buy a well-researched travel guide that includes hidden beaches, hiking trails, maps and scenic drives. Amazon has a great selection of Ibiza travel guides. 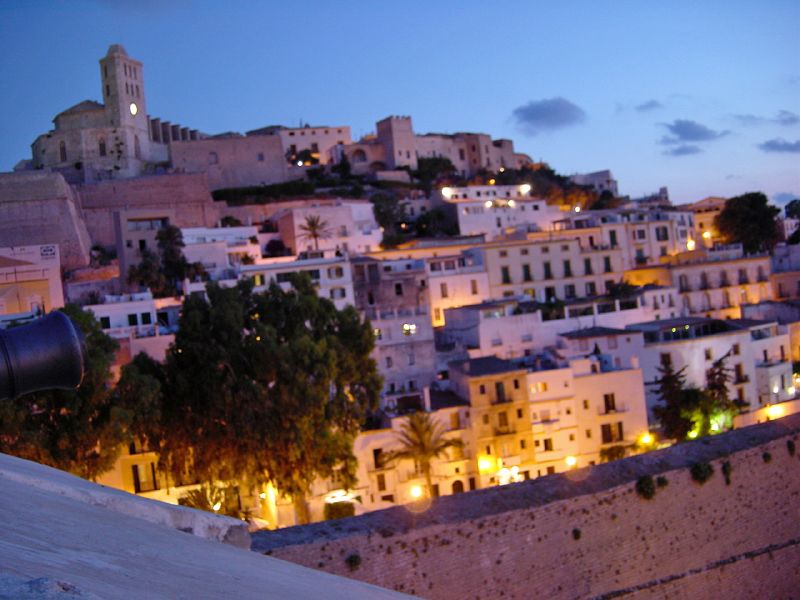 Ibiza has its own language

Ibiza is part of the Balearic Islands, which include Mallorca, Menorca, Ibiza and Formentera. Together with its little sister island Formentera and the tiny nearby island S’Espalmador Ibiza forms the Pityusic Islands, the Pine Islands. While in all of the Balearic Islands Spanish and Catalan are spoken, the Pityusic Islands have their own dialect – Eivissenc. This is a dialect of Catalan and is, together with Spanish, the official language of Ibiza and Formentera. Another little known fact about Ibiza! 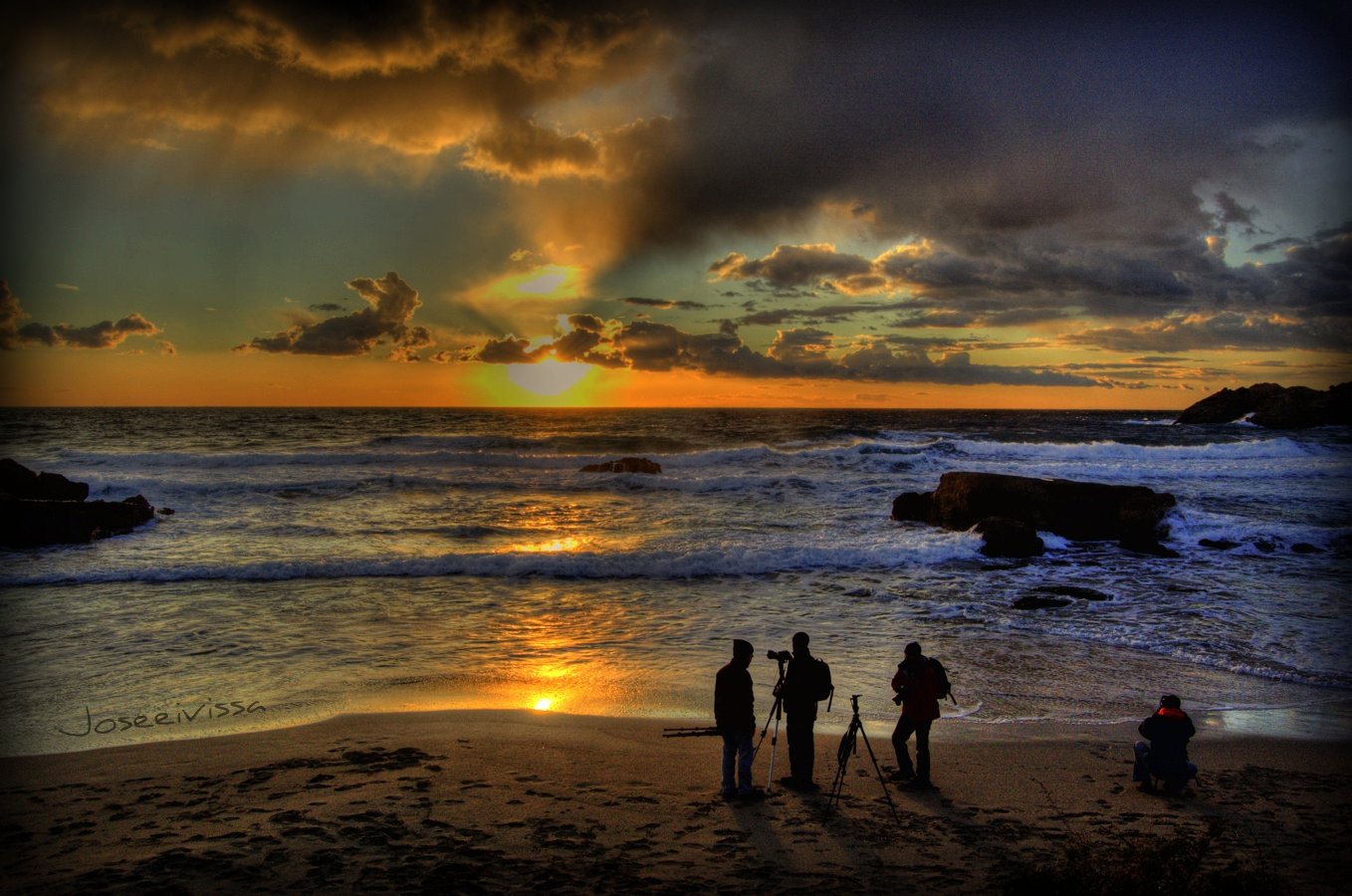 This is a surprising fact about Ibiza: the island is home to several small wineries! While the scale of the production is far too small to be considered an export product, it is possible to sample some of the island’s fine wines during a visit. The grapes that are grown in Ibiza are ganache and mourverdre (red wine) and Malvasia (white wine). Sant Mateu, Sant Josep and Buscatell are the villages where you find the vineyards and where you can try the wines that are known for their excellent quality among wine connoisseurs. 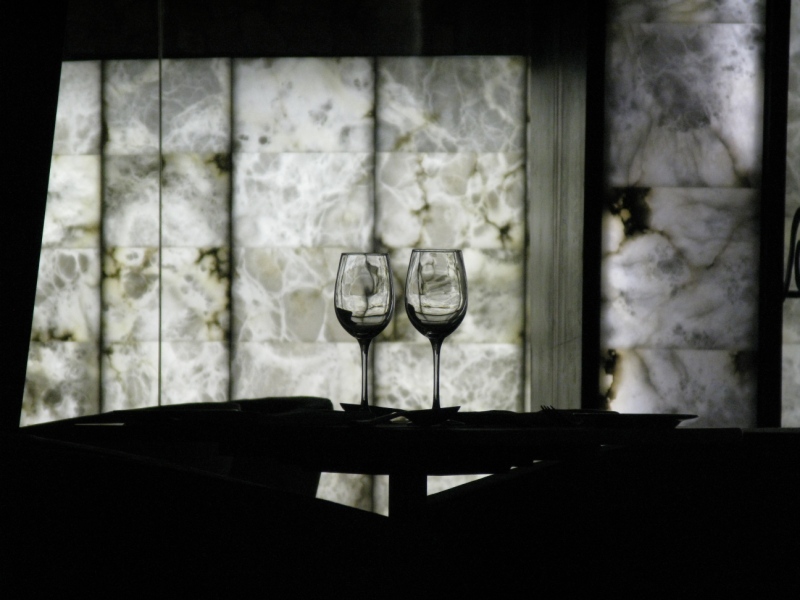 What surprises most visitors is how rural and how simple life in Ibiza is outside the main tourist areas. It is hard to believe that less than a 90-minute drive from San Antonio, you find small villages that still live off agriculture and that don’t even have a big supermarket. Instead, you can shop in small village stores, watch people sit on benches in the main square or chat over a Clara (beer with Sprite) at the village bar and enjoy the tranquility and simplicity of a bygone era. This is another reason why villa rentals are so popular – nothing is more authentic than staying in the middle of an olive tree plantation, enjoying the views over the fields and cooking with fresh ingredients picked up from the local produce market. If you’re looking to experience Ibiza away from the tourists, I recommend renting a villa in San Agusti des Vedra, Santa Gertrudis, San Miguel, San Carlos or San Juan. In some of these villages, there are regular artisan markets and you can still experience traditional dances – this is where you can experience Ibiza off the beaten path. 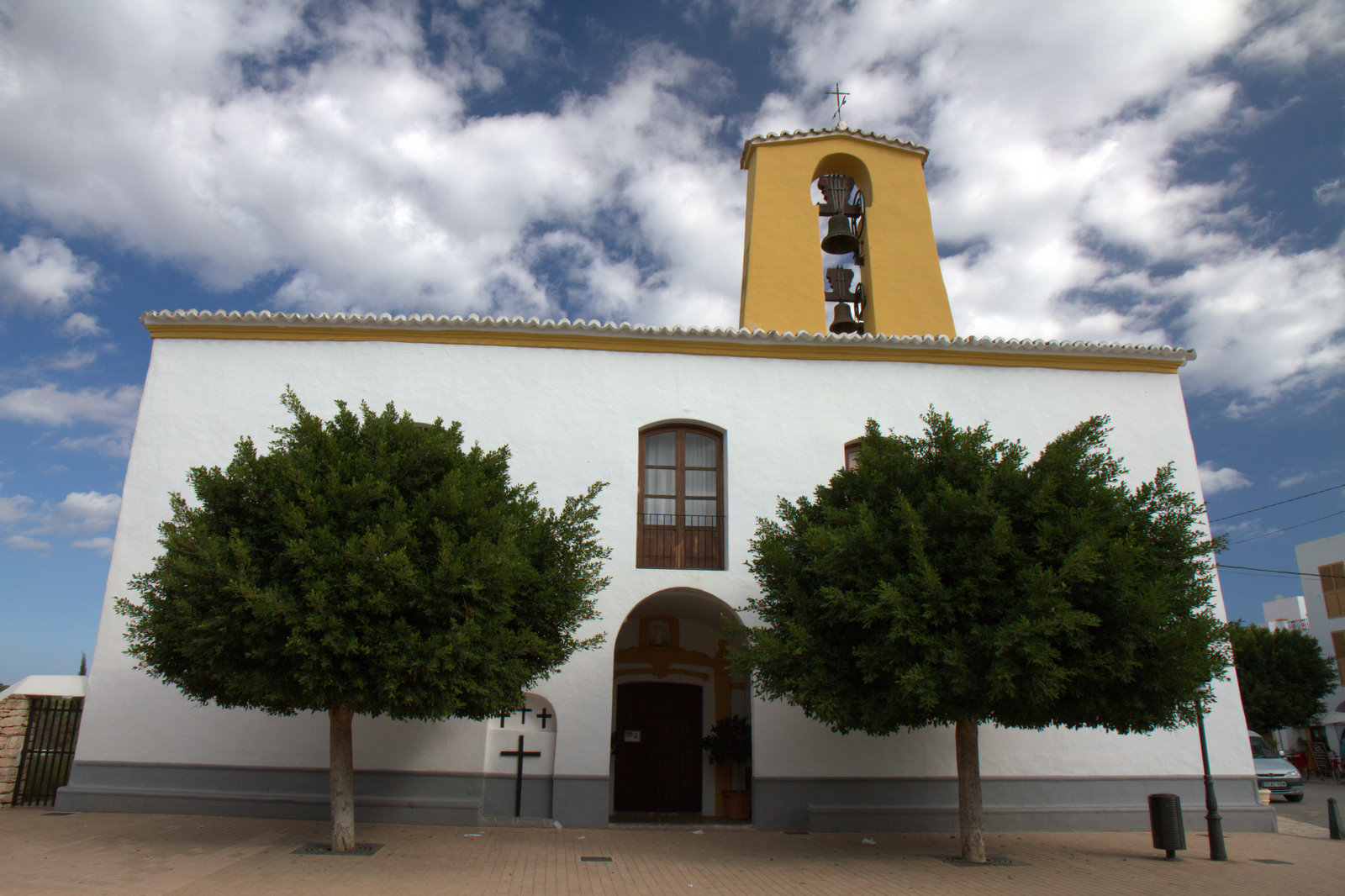