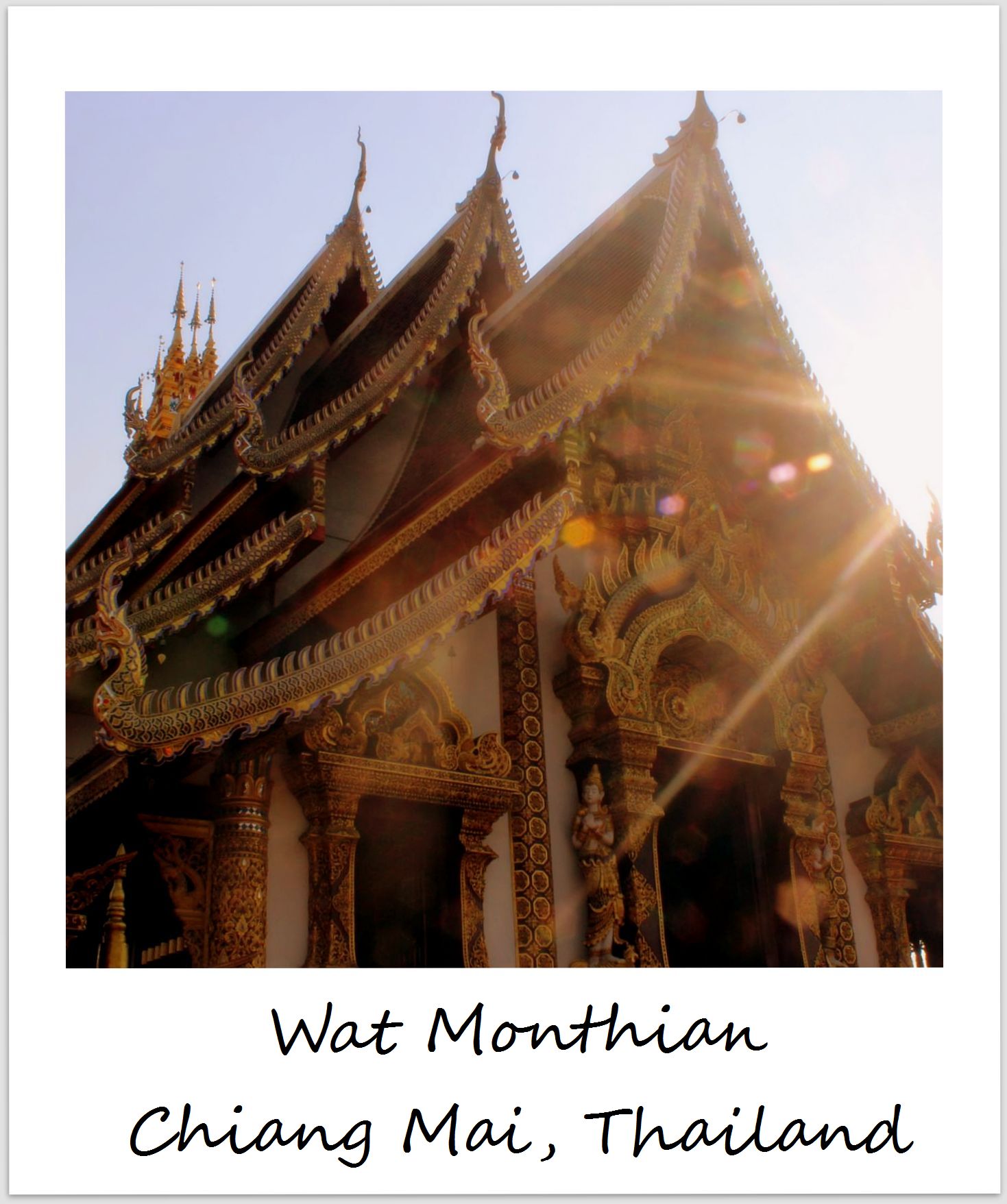 When I left Chiang Mai earlier this week, all I could think was: This visit was far too short! And short it sure was, just a whirlwind tour around the city in which I spent most of my time during my last Thailand stint, and for which I had big plans – they pretty much all involved food, eating my way through all my favorite eateries and check out new ones. But instead, we spent most of our time temple hopping around the city (did you know that there are over 300 temples in Chiang Mai? And no two are alike!), shopping for gifts and souvenirs in the weekend markets, cycling around the city, watching lady boy cabarets, and we spent a whole day with the elephants at the Elephant Nature Park, which has been a highlight of my time in Thailand so far.

The temple pictured, Wat Monthiang, is located on the northern end the square that marks Chiang Mai’s old town, bordered by a 6.5kilometer long moat. While it is still in the Old Town, it somehow is not part of the tourist circuit, even though it has a giant golden Buddha statue right next to the temple, and the temple itself has an elaborate burgundy and golden color scheme which makes it one of the most beautiful temples in Chiang Mai, at least in my opinion. If you check it out when you are in Chiang Mai, make sure to also visit Wat Lok Moli, just across the moat from Wat Monthiang, which is one of the older temples in the city and still has a large ancient brick chedi (stupa) behind the temple, dating back to the 14th century.

Other than being too short (and too hot, considering it was 38C / 100F every single day!), our time in Chiang Mai was perfect – great food, amazing coffee (much needed after mediocre island coffee shops!), heartwarming encounters with the elephants, a shopping spree and rediscovering what makes this northern Thai city so special.