Polaroid of the Week Sweden by Dani on January 11, 2015 8 comments Polaroid sweden 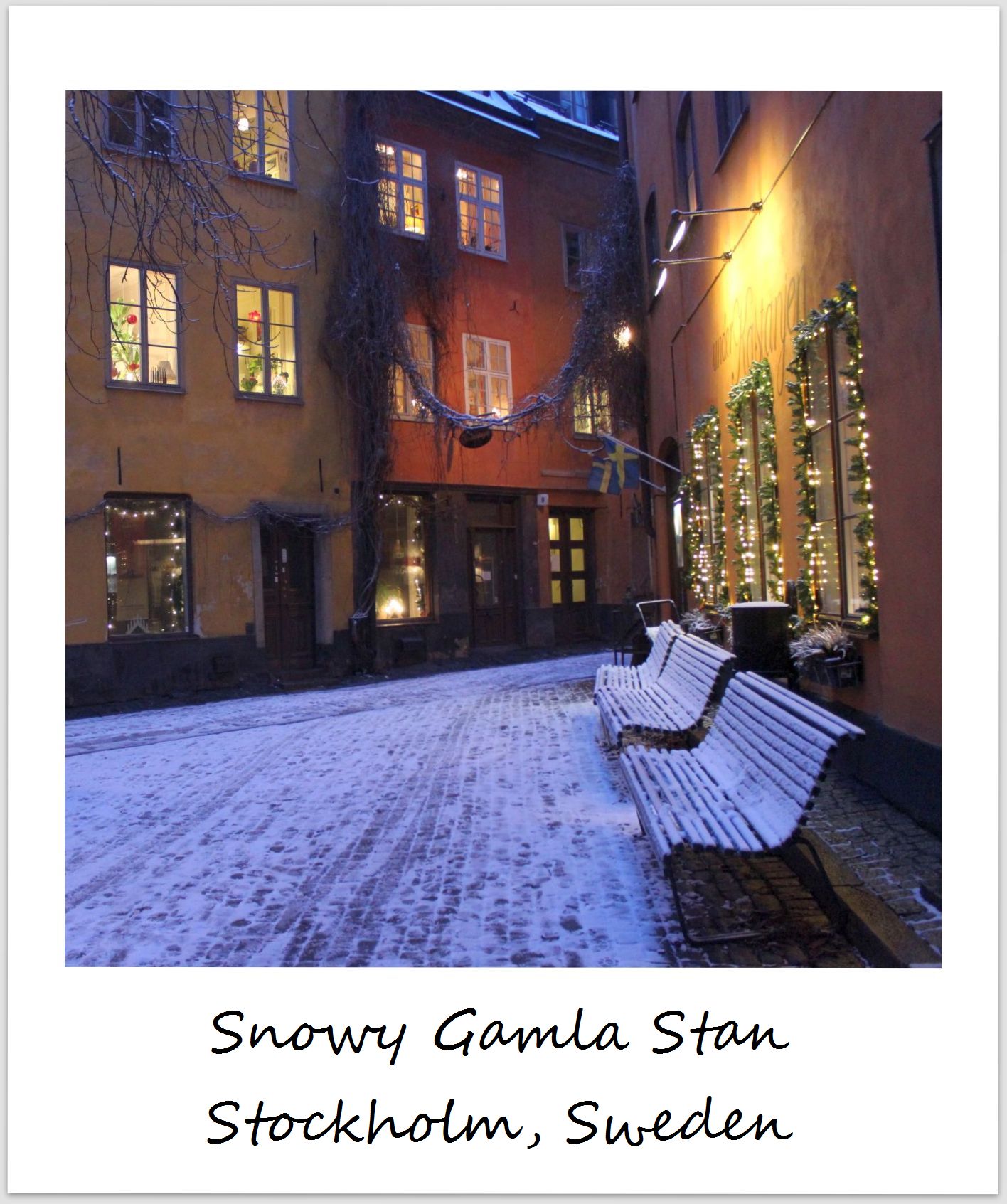 After nearly three weeks in Germany, I finally hit the road again! Midweek, I left for Berlin to spend a couple of days in my favorite German city before I flew to Helsinki on Saturday. I loved being back in Berlin, but I was even more excited to head to Scandinavia, a region of Europe I have barely touched so far (other than a few days in and around Oslo a few years back).

I didn’t spend much time in Helsinki though – after half a day in the city, I made my way to the ferry terminal to catch the Mariella cruiseferry to Stockholm. I went to bed on Finnish soil (or to be precise: water) and woke up in Sweden! I was amazed how easy it was to go to another country just for a day, as many of the Finnish people on board did – they were taking advantage of the tax free booze and and just spent the day in Stockholm before returning to Helsinki on the 5pm ferry today (you gotta love Europe!).

My first stop was the Fotografiska photography museum – and I couldn’t have asked for a better introduction to Stockholm. There happened to be a Herb Ritts exhibition on, and the views from the top floor bistro over the islands were incredible. From there, I continued my exploration of the city, braving a heavy snowstorm, which covered everything in a pretty white layer of snow. Gamla Stan, the old town (pictured), was eerily quiet and empty when me and Lucie walked around the narrow cobblestone streets, marveling at the old buildings in the area where Stockholm was founded in the 13th century. Stockholm sits on an archipelago where Lake Mälaren meets the Baltic Sea, and the main city rests on fourteen islands – Gamla Stan is one of them.

I have another day of exploring ahead of me before I return to Finland, and I can’t wait to see more of this incredibly picturesque city – I feel like that the snow just adds to the beauty of Stockholm, making it even more charming. And with proper winter clothes, I don’t even mind walking around in the cold for hours! Of course two days aren’t nearly enough to get a real feel for the city, but they are enough to whet my appetite for more. After this little teaser, I have a feeling it won’t be long until I’ll be back to see more of Stockholm and the rest of Sweden.