Peru Polaroid of the Week by Jess on January 30, 2014 19 comments peru Polaroid 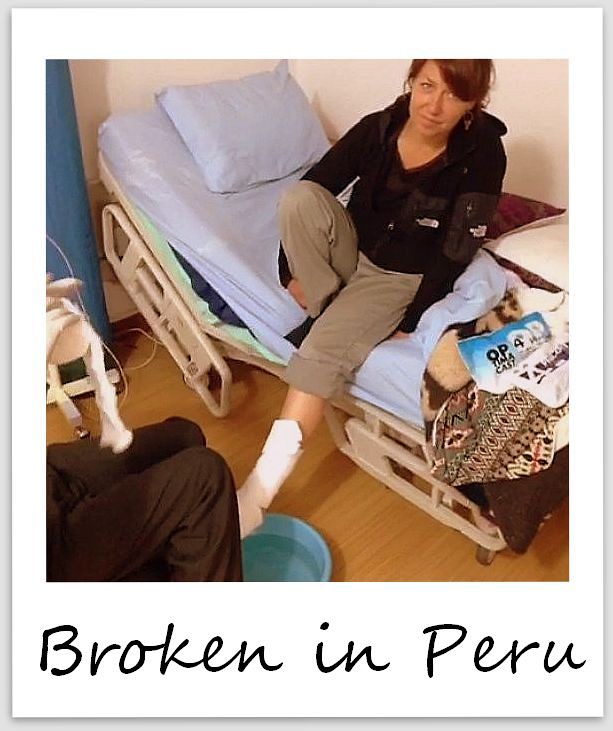 The hike to Machu Picchu went off without a hitch and was one of the most exhilarating adventures of all our travels. Two days later, I was brought back down to Earth when I rolled my ankle and heard it snap.

I’d like to say I was chasing down thieves or saving someone from being hit by a car, but in a classically anti-superhero way, I simply stepped down into the hostel, somehow made a misstep and rolled my ankle in such a way that it snapped. What made this so disheartening for us both was that we had only just recovered from that debilitating three-week stomach bug in Bolivia and were really looking forward to getting back into the swing of traveling.

We still had hopes that it was just a twist or sprain, because initially it didn’t swell too dramatically. But the X-Ray came back showing a clear, complete fracture. A few hours later I was getting this cast put on my leg for six weeks.

Now I have entered the Polar Vortex that is Chicago to recover in a safe, easy environment and Dani has returned to Germany to spend some much needed time with her sister and brand new baby nephew.

How to upset an entire nation: Why Chileans Think We SUCK!