Peru Polaroid of the Week by Jess on January 16, 2014 16 comments peru Polaroid 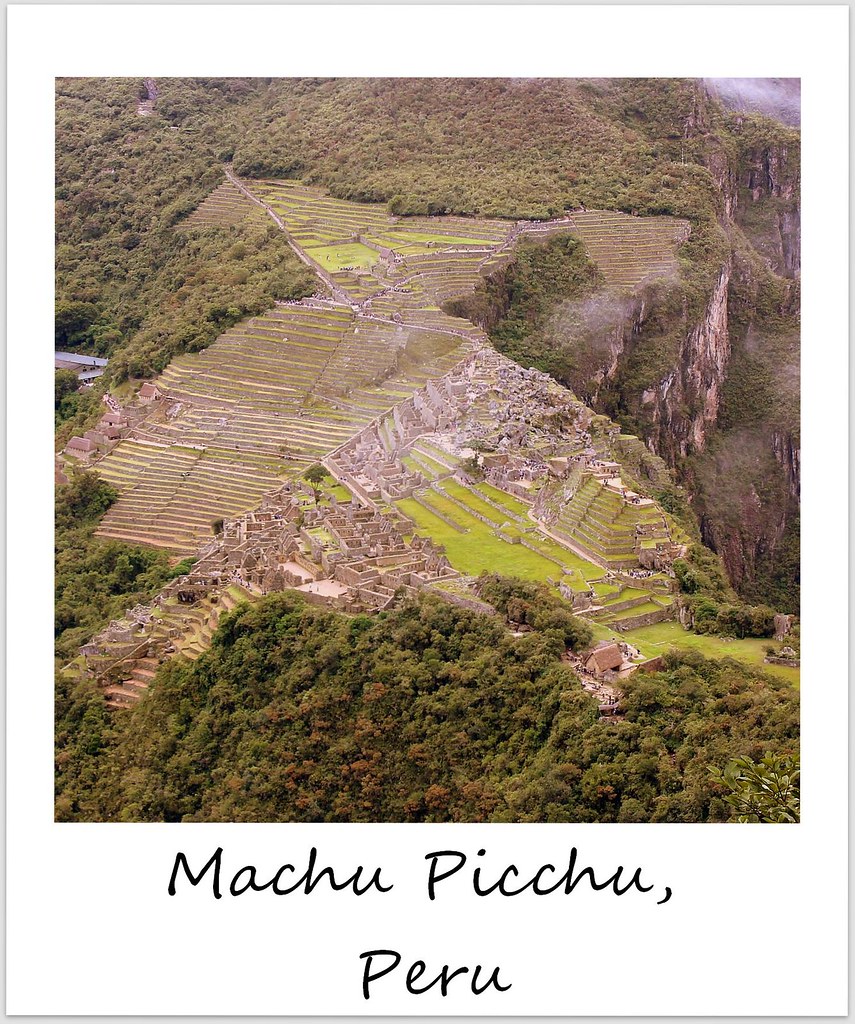 When we set off on our travels in April 2010, Machu Picchu was one of the top destinations on our list. Who knew it would take us almost four years to actually make it here!

Last week we arrived in Cuzco and immediately started researching options for hopping on the traditional Inca Trail trek, which is usually sold out months in advance. In reality, we found several agencies with spots open with just a few days’ notice. Our research led us to the Salkantay Trek, a lesser known, less crowded alternative to the Inca Trail. We spontaneously decided to sign up for that 5-day trek instead of the 4-day Inca Trail – our first ever multi-day trek! Even though the trek was strenuous – 73 kilometers (45 miles) up and down the Andes, with up to 10 hours hiking per day, it was the absolute best way to arrive at Machu Picchu.

You see images of Machu Picchu everywhere, and we were worried that being at the actual site might feel almost anticlimactic. There was no need to worry – we were blown away by the majestic city. Set on a steep mountain top, over 85% remains in tact after 500 years! Just to reach the site from Aguas Calientes was humbling: one hour straight of climbing steep steps at 5am. As if that wasn’t enough, we climbed even steeper steps for another hour even further up to the top of Huayna Picchu, the huge mountain that prominently features in most Machu Picchu images. From there, we had the best views over the ancient city in its entity, even though the climb along narrow and uneven steps cut into the rocks was terrifying!

The five-day trek and Machu Picchu itself are huge highlights of all our travels, and we can’t wait to share more details about both soon!