Did you know that U.S. citizens pay out the nose to travel in South America?

Thanks to reciprocity fees (the US charges citizens of these countries out the nose so they charge us back) tourist visas add up – Chile is $160, Bolivia $135, Argentina is $160, Brazil is $160 and Paraguay is also $160.

Did you also know that, when you are traveling with Dani – which I happen to do full-time for just under four years now – you quickly learn that one travel goal is to get the most of our hard-earned money at all times. 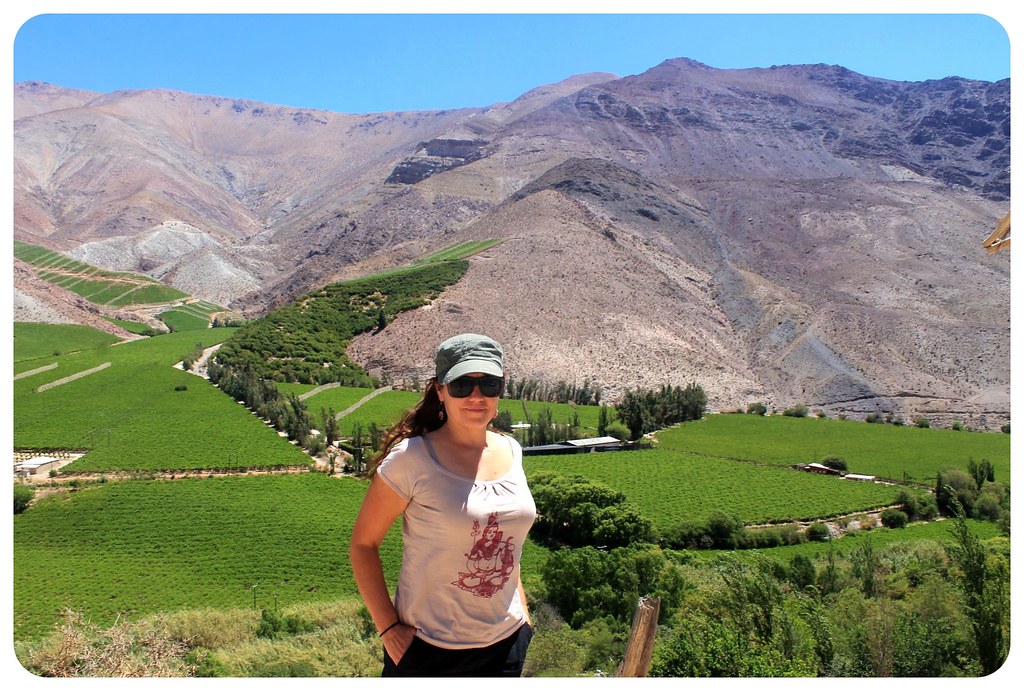 So when we flew back in to Santiago on the return leg of our round-trip ticket this past November, there was no way we were just using this as a means to get back to South America so we could pick up at the border of Chile and Bolivia where we left off. Nope, for the new $160 tourist visa I’d have to pay for, you could be damn sure we were going to spend more time in Chile to get the most out of that visa.

Our first stop to La Serena and the surrounding Elqui Valley made the entire visa worth it. 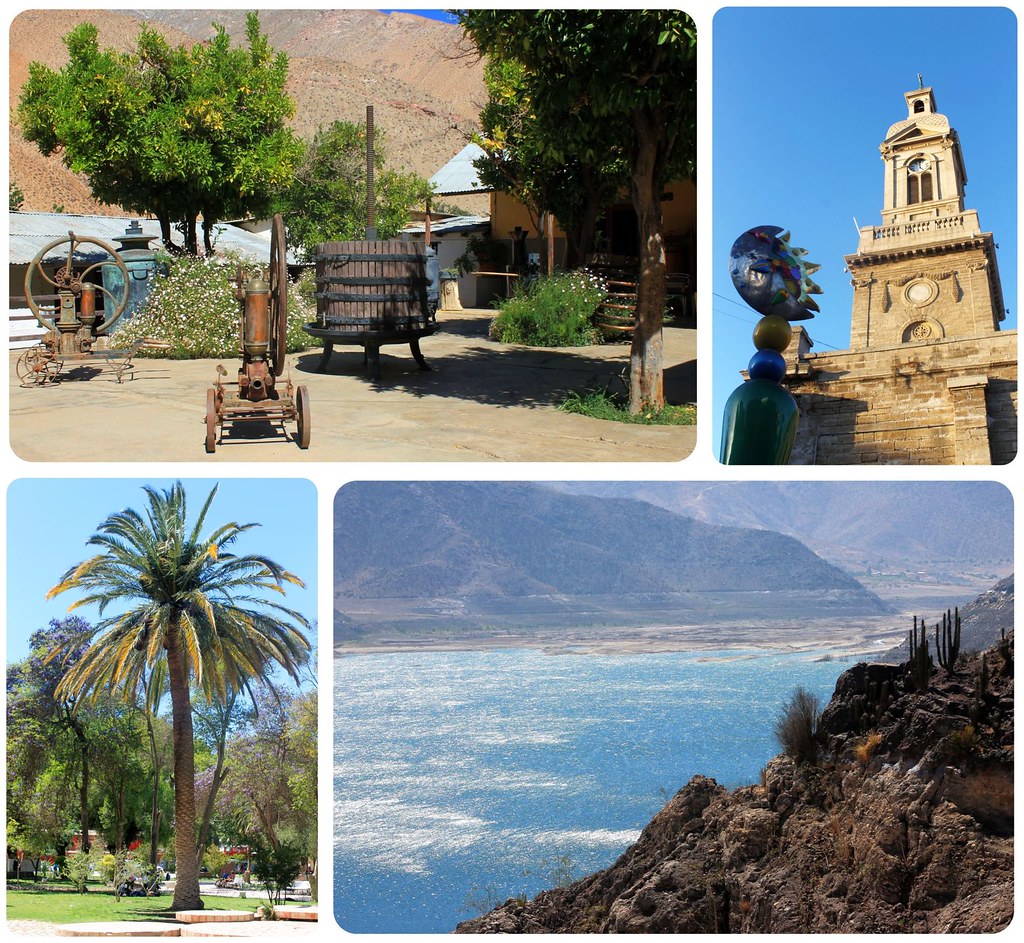 Chile’s second oldest city after Santiago, La Serena is just seven hours north of the capital by bus and the perfect size for exploration. With roughly 300,000 inhabitants, the city never feels congested or confusing. 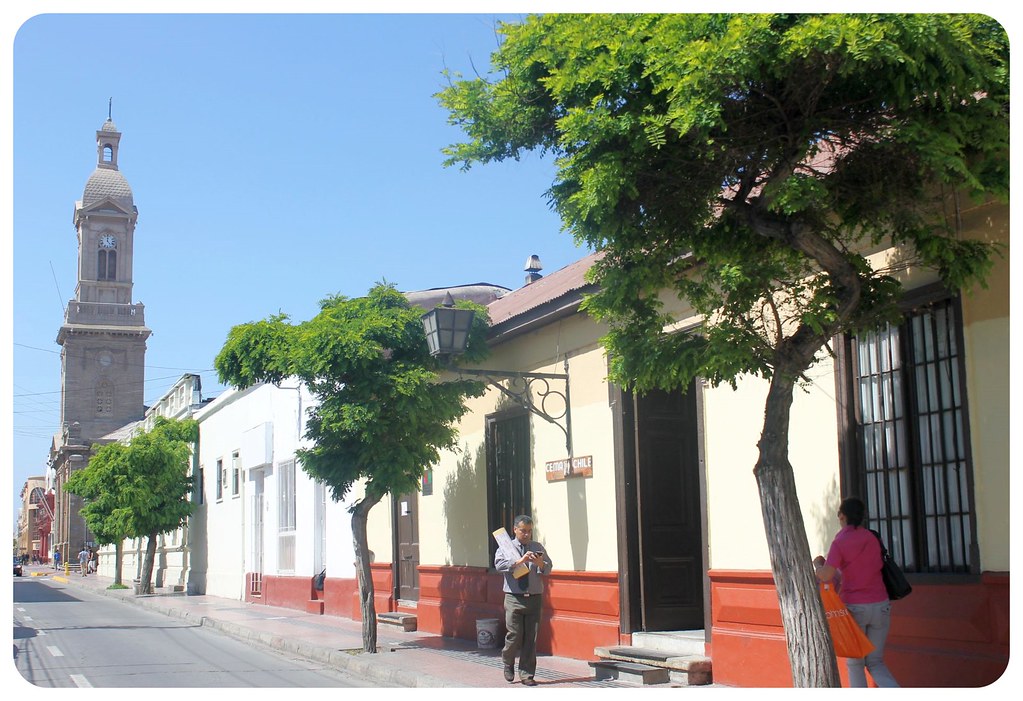 The architecture here is gorgeous, and along with its wide pedestrian avenues that seemed to have been transported directly from Spain, La Serena is also known as the City of Churches – there is one on almost every corner, it seems. 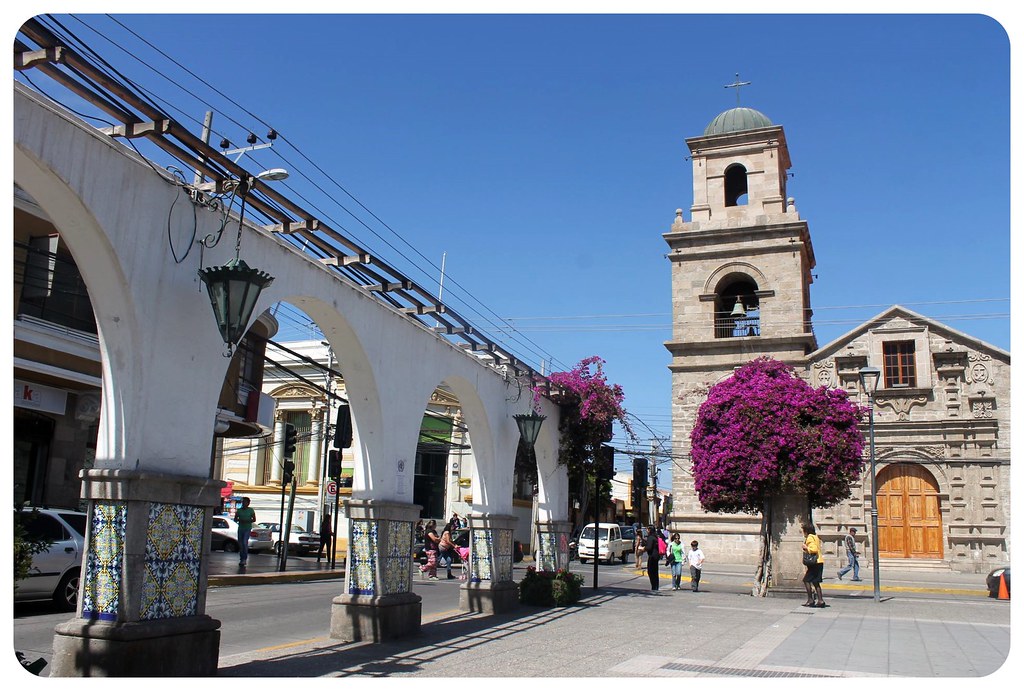 There also are good restaurants – even a couple of vegetarian ones, plus quirky cafes with good coffee – and you know how we usually feel about Chilean food! The city has a breezy, refreshing character to it, owing to the fact that it is a popular beach town with the longest stretch of beautiful golden beaches in the entire country, which is essentially a 4,000km stretch of coastline, itself. You could walk uninterrupted for an entire day along the coast. 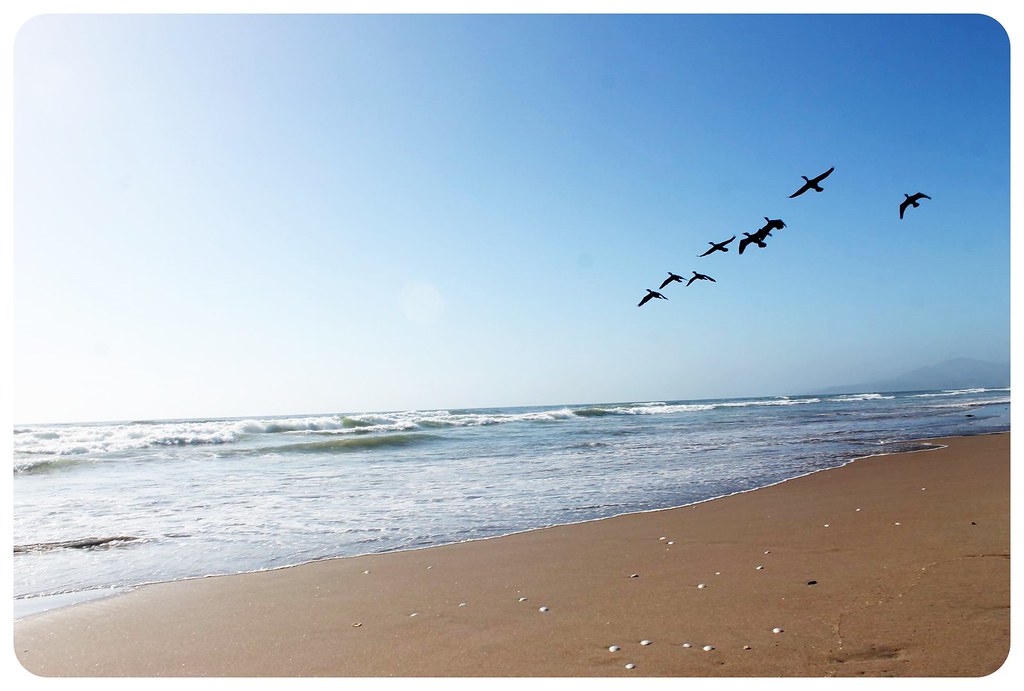 This means that in January and February the beaches of La Serena are packed with tourists, but our stop there in November (the start of spring in South America) was fairly empty. Even in the height of tourist season, I’d much prefer La Serena to Viña del Mar, Chile’s most popular beach resort that we ended up seriously disliking. Even though it is right next to Valparaiso, a stylish but gritty harbor town we loved Viña is a generic, soulless resort, whereas La Serena offers a much more laid-back, authentic beach escape. Sure, it takes five and a half hours longer to get there, but buses leave more than once an hour from Santiago and there are 4-5 flights daily into the La Florida airport from the capital, so it couldn’t be easier to get here, either. 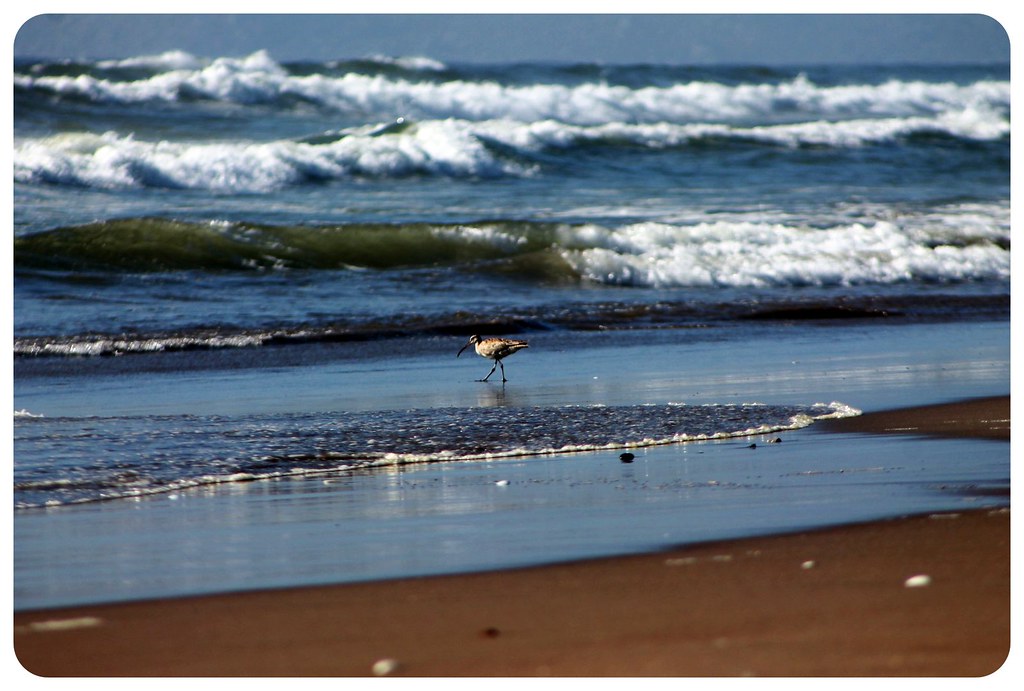 La Serena is also the jumping off point to explore the Elqui Valley, which made our list of the top five places to visit in all of Chile. We only did a full day tour of the valley, but if we were to visit Chile again, we might even rent a car in La Serena and spend a few days to a week slowly exploring this 137 mile stretch of incredible, lush landscape surrounded by arid mountains and topped off by bright blue skies. The picturesque villages that dot the valley are separated by miles and miles of vineyards, wine grapes on one side and grapes to make the local Chilean Pisco on the other, plus avocados, alfalfa and other crops as well.

Our first stop was a papaya plantation, thought at first we didn’t realize they were papayas at all. The papayas are not like the huge ones we saw in Central America; these are These are yellow, sour and tiny, almost like a starfruit. 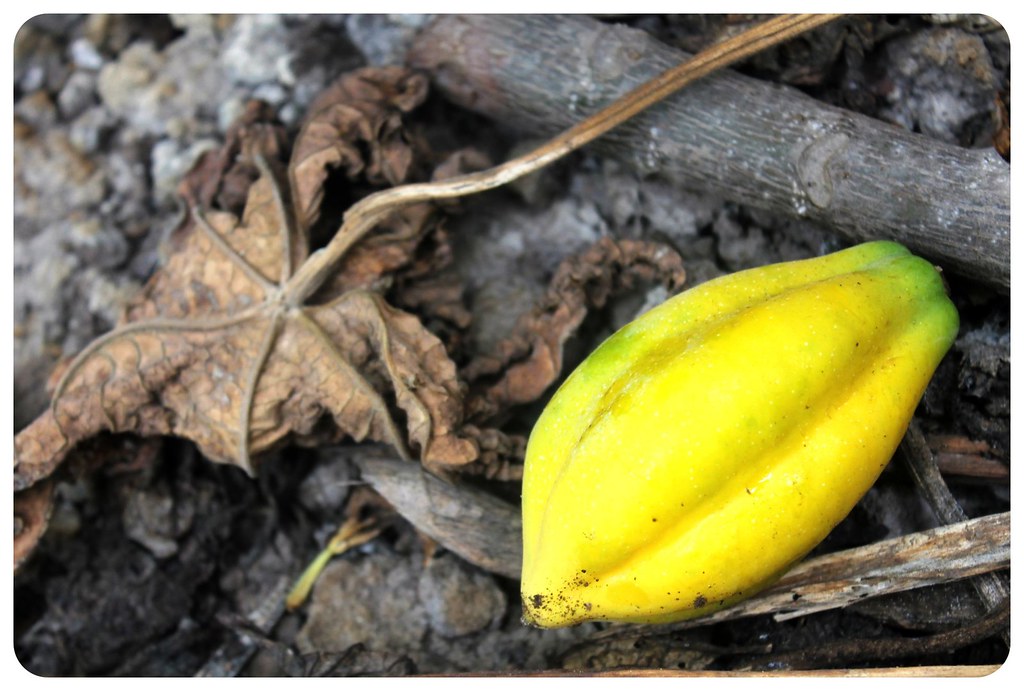 From there we stopped at the hydroelectric dam on the Elqui river. This was a beautiful outlook over the valley, filled with cacti like in Arizona. 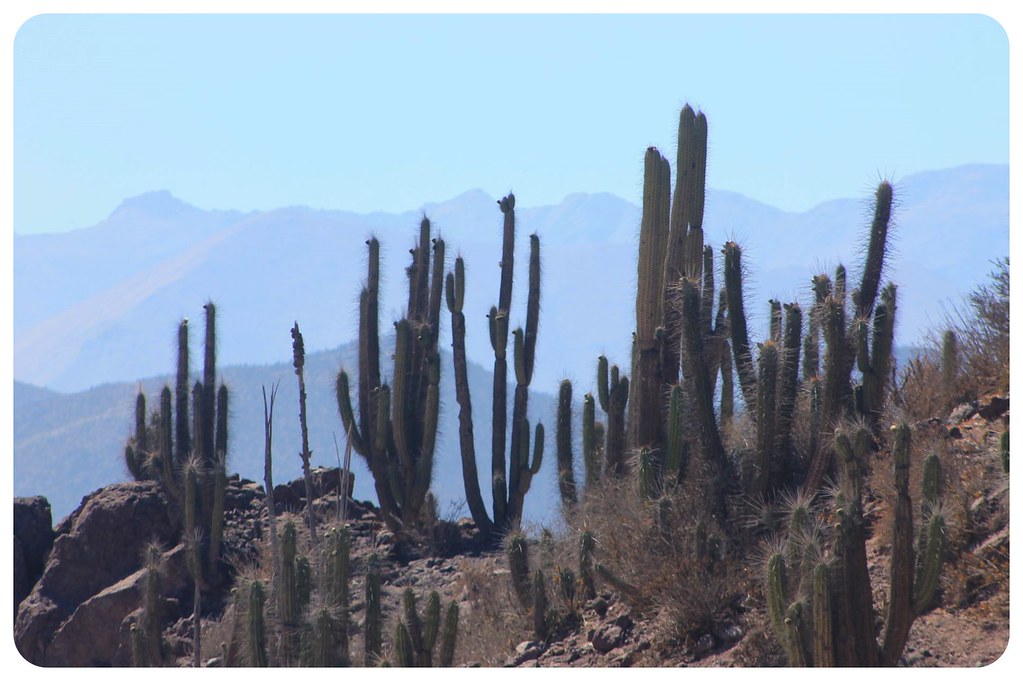 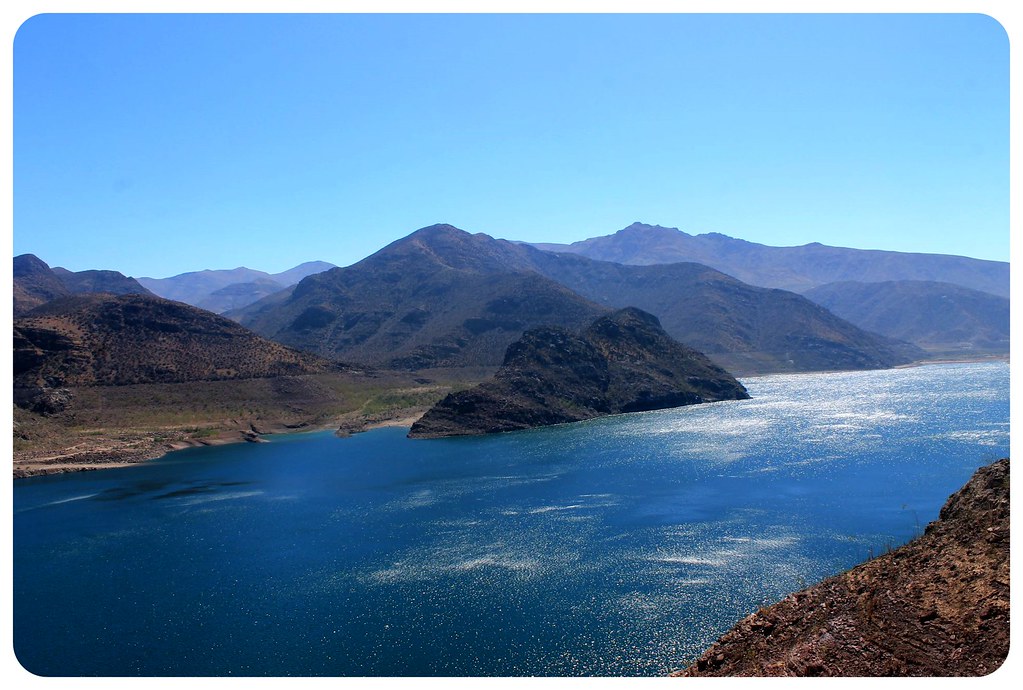 The tour continued on to the town of Vicuña, the birthplace of Chile’s Nobel Prize winning poet Gabriela Mistral, where we had time to explore the city center for a while. 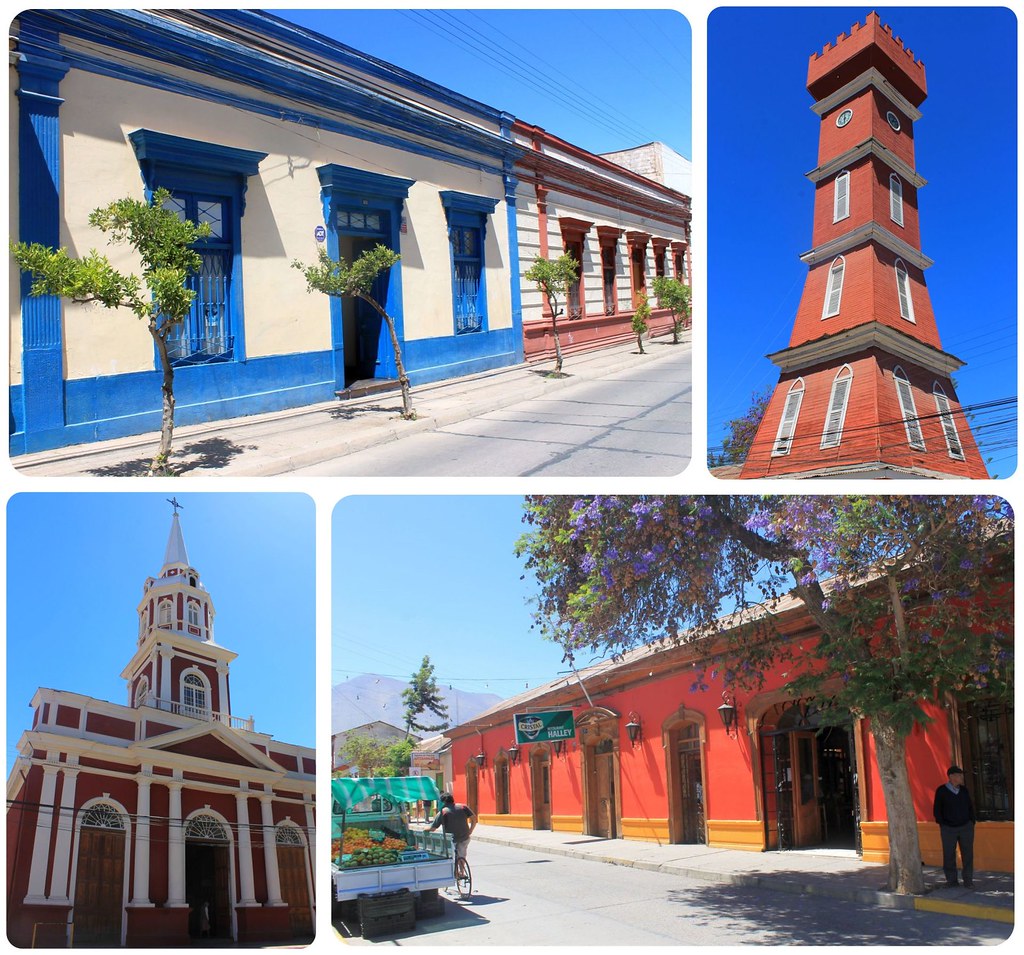 The sun here is incredibly strong and we had lunch at a solar restaurant before heading to the Pisco Peralta distillery for a tour and pisco tasting just outside the appropriately-named town of Pisco Elqui. As soon as we pulled in along narrow, cobblestone streets, we knew we could easily have spent a night or two here. We know now that one advantage of spending the night in the Elqui Valley is that this region is home to some of the best conditions for star gazing in the world. Astronomers from around the globe sign up to a two-year waiting list to work for just one week at the area’s top-notch observatories, and there are also astronomy and observatory tours for curious novices as well. 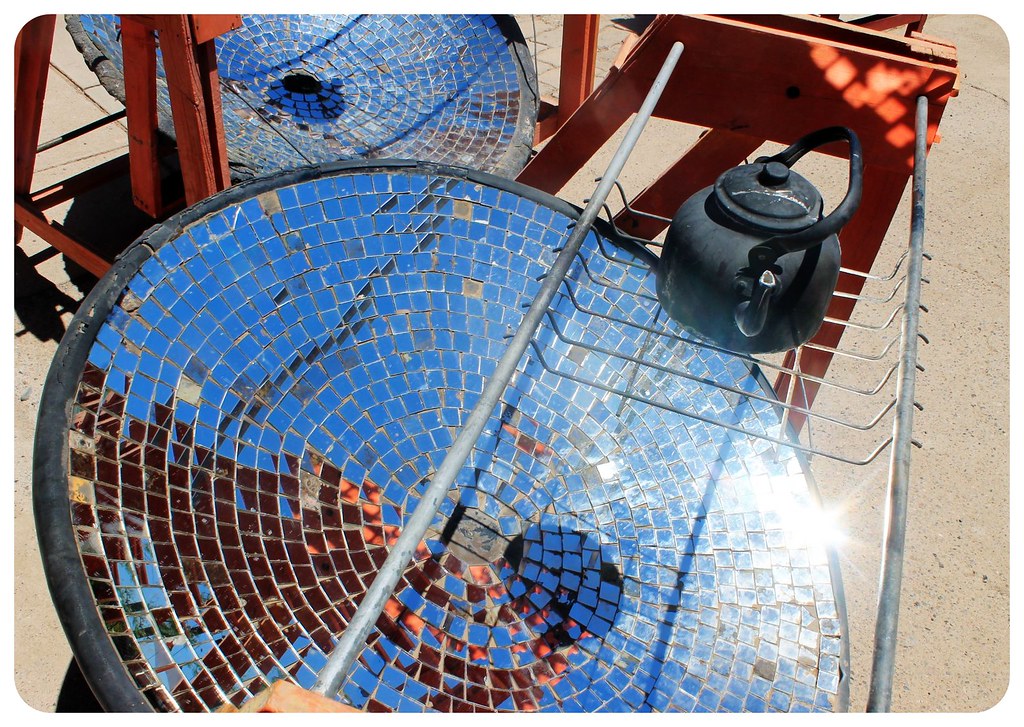 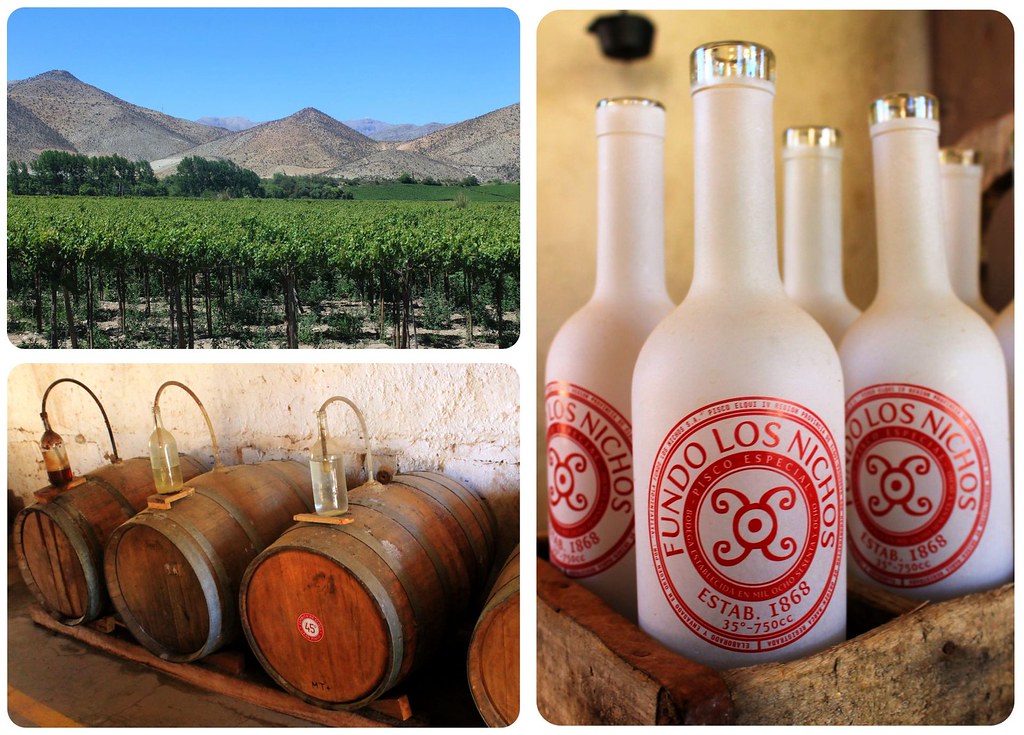 Our stop in Pisco Elqui was super short, but even so you could feel the older, hippy dippy crystal vibe going on. During the 1960s, the hippie folk declared there to be an energy here, and new age tourism became a major focus fifty years ago.

It turns out that they were actually right on, man.

In 1982, scientists measured the Earth’s magnetic forces for the first time and found that the most energetically charged place on Earth had indeed flipped from 30 degrees north in Tibet to 30 degrees south, right around Chile’s Elqui Valley. Was this energy what attracted us to La Serena? No, probably not. 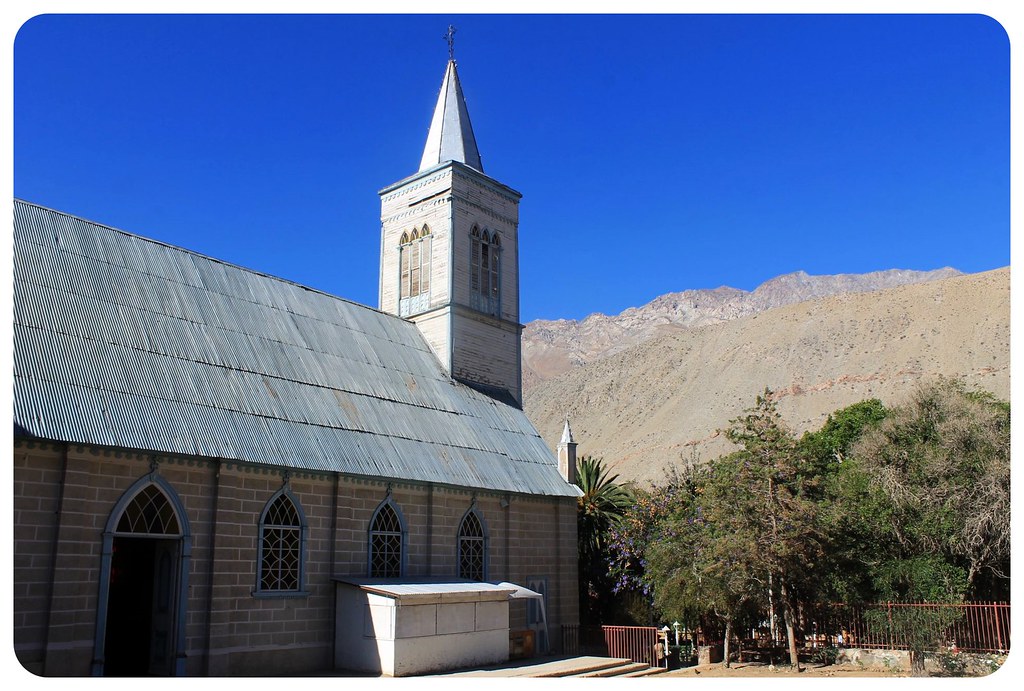 We’re not that ‘in tune’ with things like that. It was more likely the sun, the sand and the fresh air of the small city vibe that we ended up loving so much here in this truly serene little town. 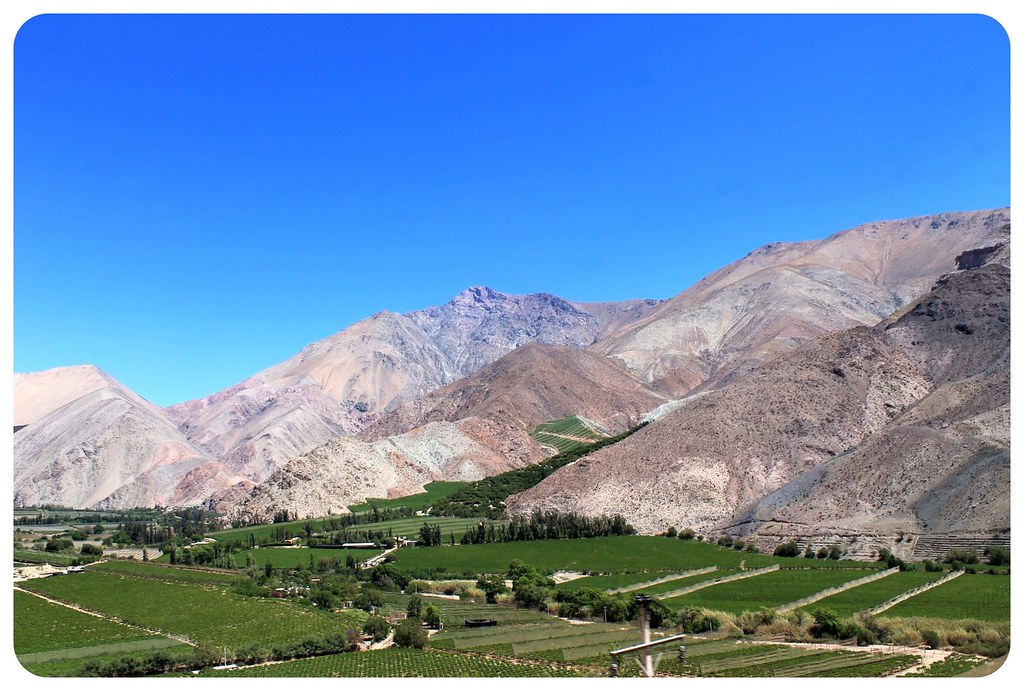 Our favorite lunchspot was Polen, a hole-in-the-wall vegetarian restaurant that offered set lunches for CLP1800/$3.60.

Café Colonial has a Happy Hour 2×1 coffee special in the afternoons, but skip the food there. Another good café (with free wifi) is Coffee Express.

Most travel agencies in La Serena offer tours to the Elqui Valley, but there are also frequent buses to La Vicuña and Pisco Elqui. Cars can be rented in La Serena for about CLP25,000/$50 a day (or a jeep for CLP38,000) including pick-up at your hotel. 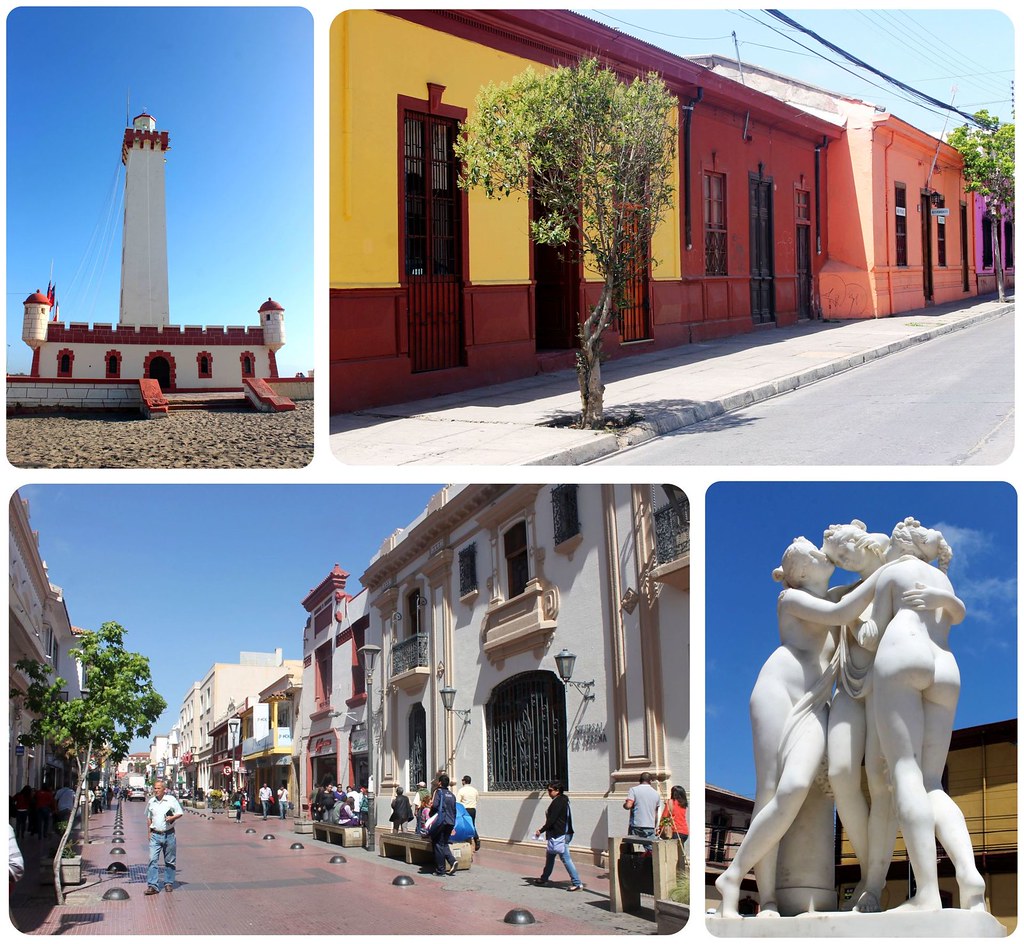 If you have the time: Spend 3-4 days soaking up the sun and atmosphere in La Serena then rent a car and spend 2 nights in Pisco Elqui as your base for three days driving through the villages that dot the Elqui Valley.

If you’re in a rush: Spend three days in La Serena – one day in the city, one on the beach and one on a tour of the Elqui Valley. 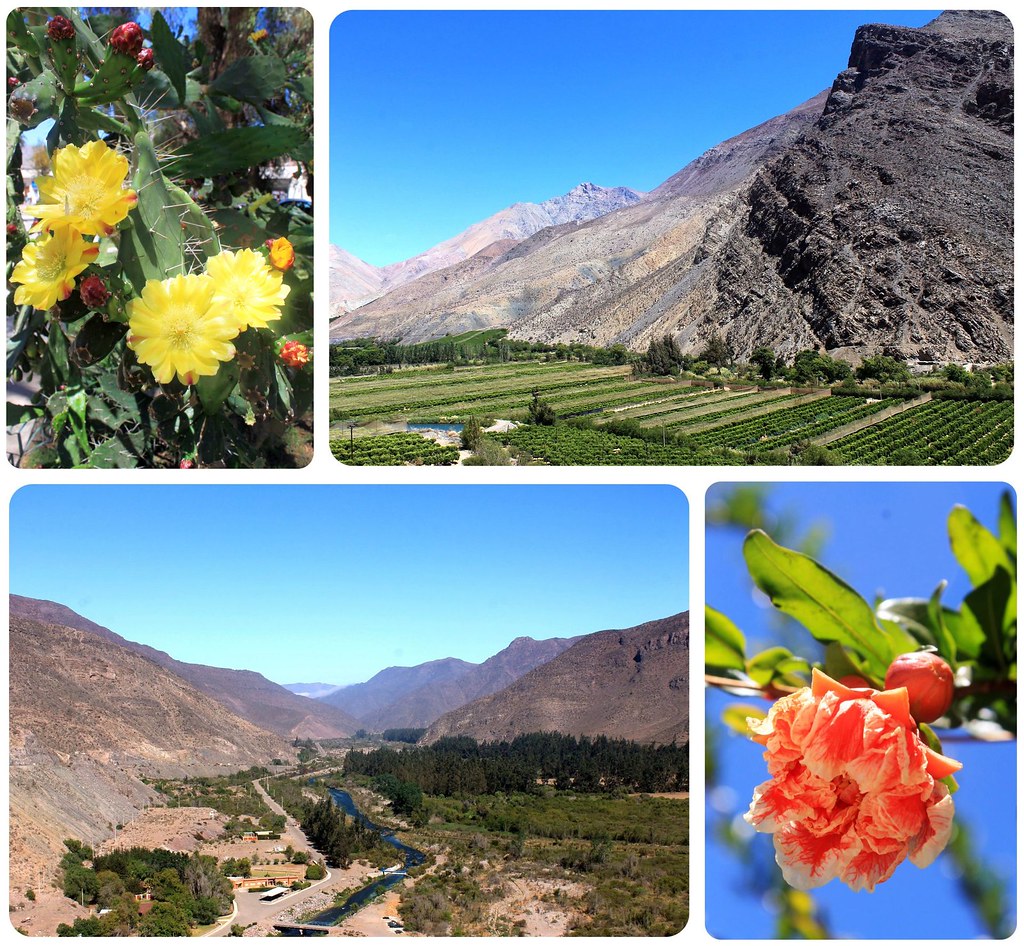 More photos of La Serena and the Elqui Valley:

Struck by a wave of charm in Valdivia

Notes from the beach house | Week One