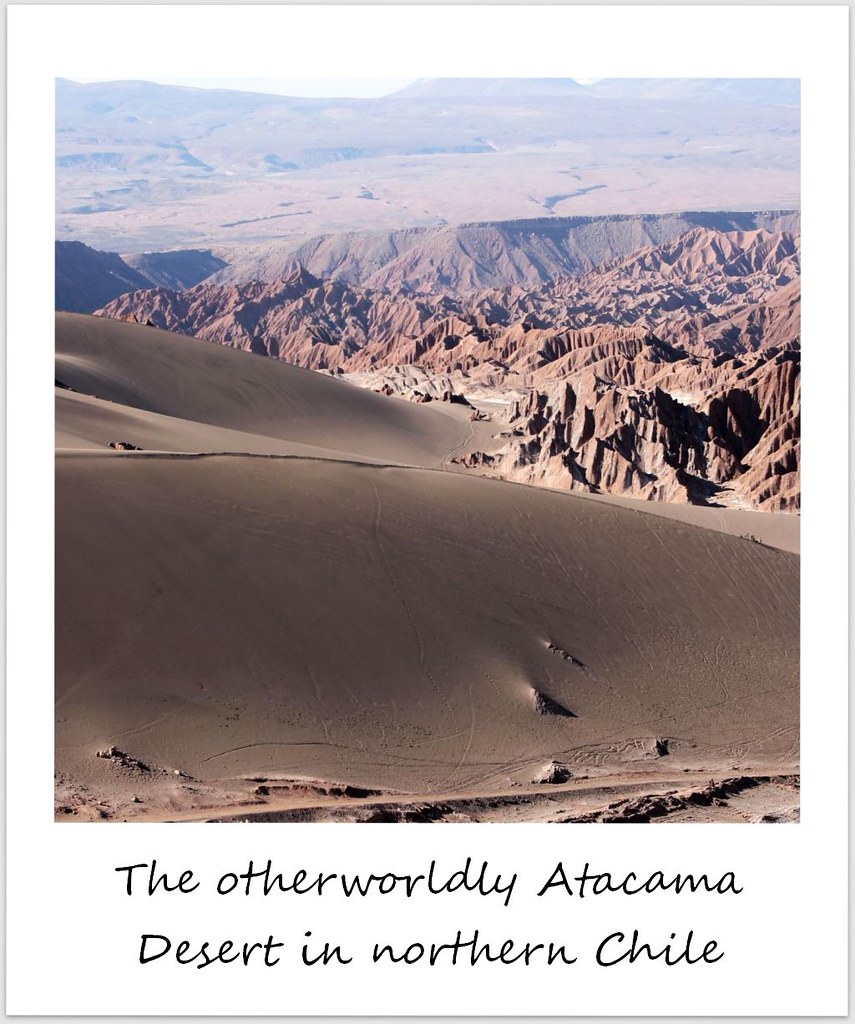 We are back in San Pedro de Atacama, where we left off in April before returning to the U.S. and Europe this summer. We love it up here, and were happy to return to head into Bolivia from here via 3-day jeep tour through the Salar de Uyuni.

Although most only pass through here once, we understand why so many travelers end up living here for a while, since San Pedro and the surrounding desert are some of the most spectacular places in Chile and the world! Driving into this surreal landscape feels like entering another world – or even another planet! In fact, NASA has been using the Atacama Desert to test vehicles for driving in Mars-like environments, since the soil in the 3,000 meters (10,000 ft) high desert is comparable to that on Mars. In the most recent project this past summer, NASA used a four-wheeled solar-powered robot named Zoe searching for microbes beneath the parched surface of the desert to prepare the launch of a comparable robot on Mars in 2020.

The Valle De La Luna, pictured above, is a part of the Atacama Desert that is said to resemble the surface of the moon, as the name of the valley indicates. The Atacama Desert, stretching over 1,000-kilometre (600 mi), is known as the driest desert on earth and offers some fascinating natural wonders, such as vast salt flats, geysers, volcanoes and sinkhole lakes. We toured much of the surrounding scenery already during our last visit, but have one thing left to check out before crossing into Bolivia – the Geyser de Tata, which belongs to the Tata geothermal field, whose 80 geysers count among the highest in the world.