When we landed in Uruguay, we knew it would be similar to neighboring Argentina, just with a stronger Gaucho culture, better beaches and an even bigger obsession with their maté tea. All of these held true – especially the fact that they never leave the house without their maté.

But who would have thought Uruguay would remind us more of Cuba at times than Argentina! It sure did, though, with thousands of gorgeous vintage cars rolling through the streets like a moving antique car fair or open air automobile museum. 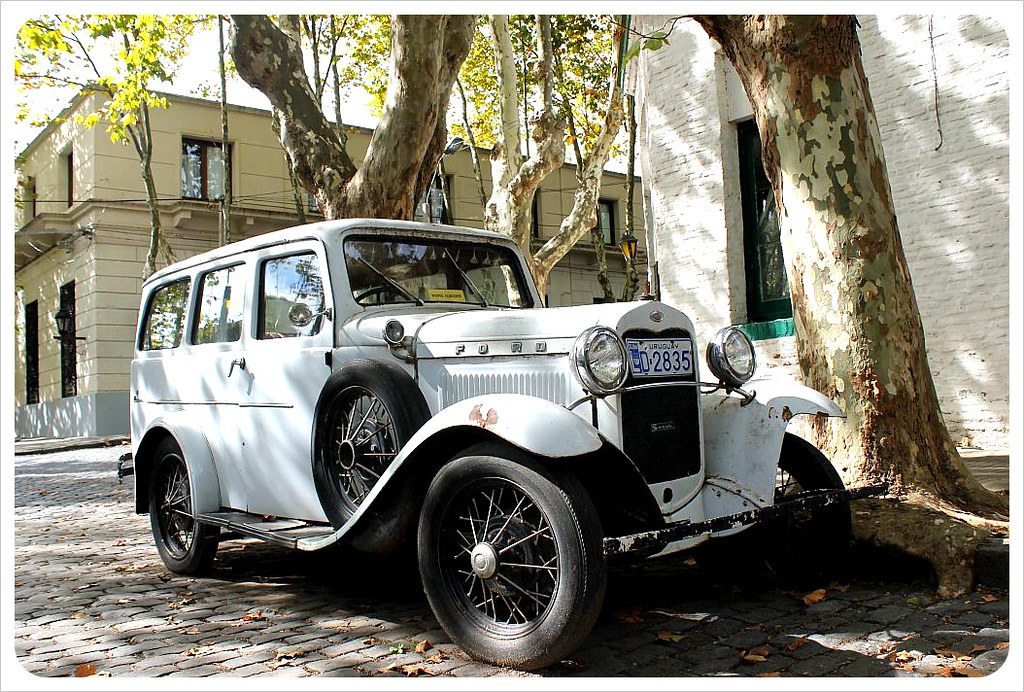 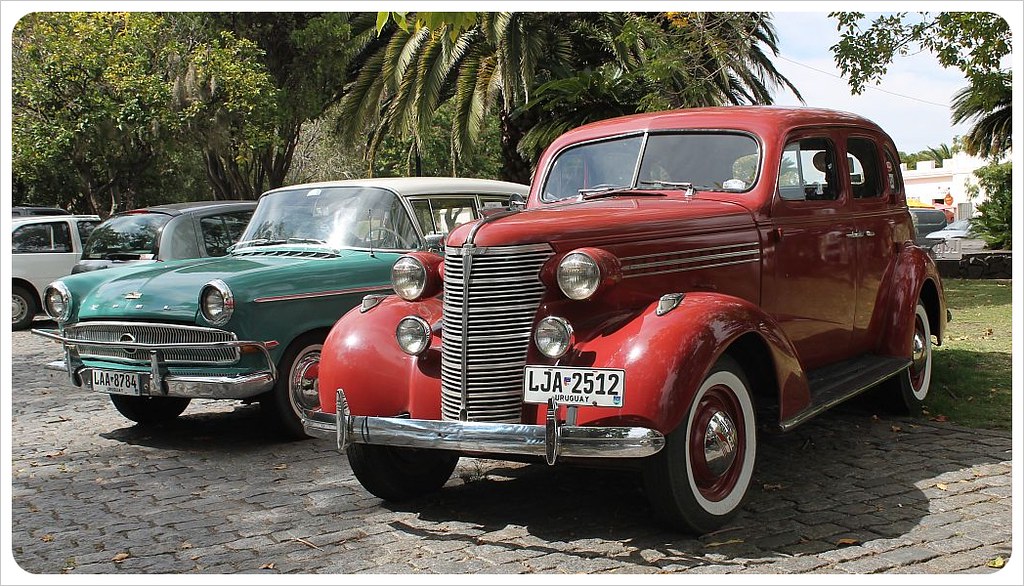 In North America in the summer, you’ll often come across vintage car shows, with dedicated owners waxing and relaxing while onlookers admire and consider paying large sums of money to pick up their own vintage car. In Uruguay, the roads themselves are the car show, driven by regular janes and joes who have had these cars in their families for generations. 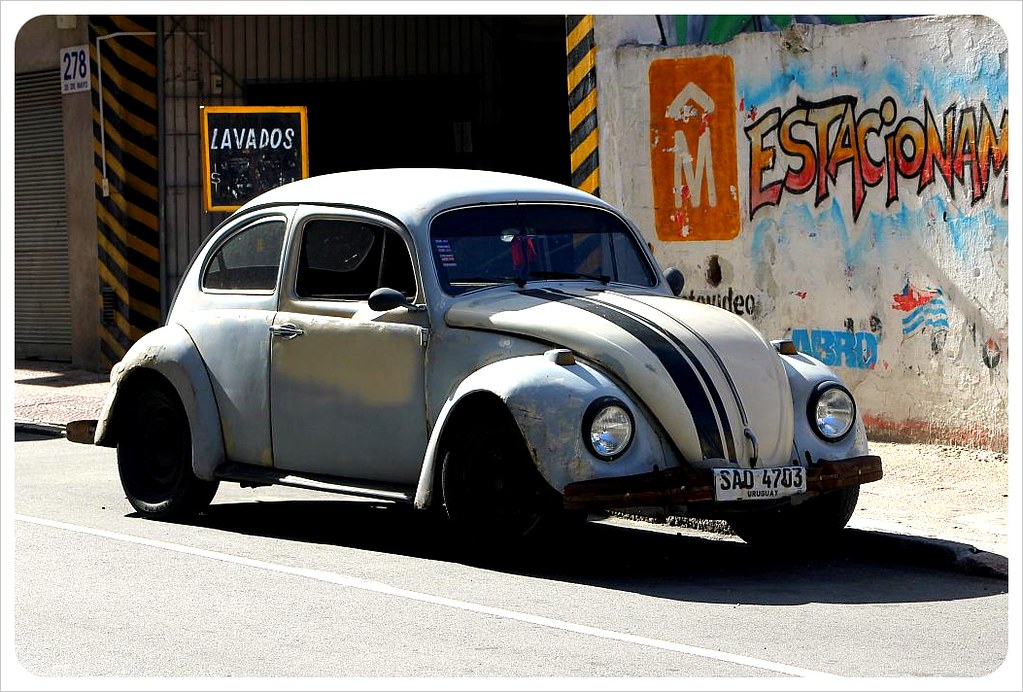 There is just something so perfectly fitting about these cars that represents the overall feeling of life in Uruguay – proud, timeworn, defiant, dignified and adorably dilapidated. 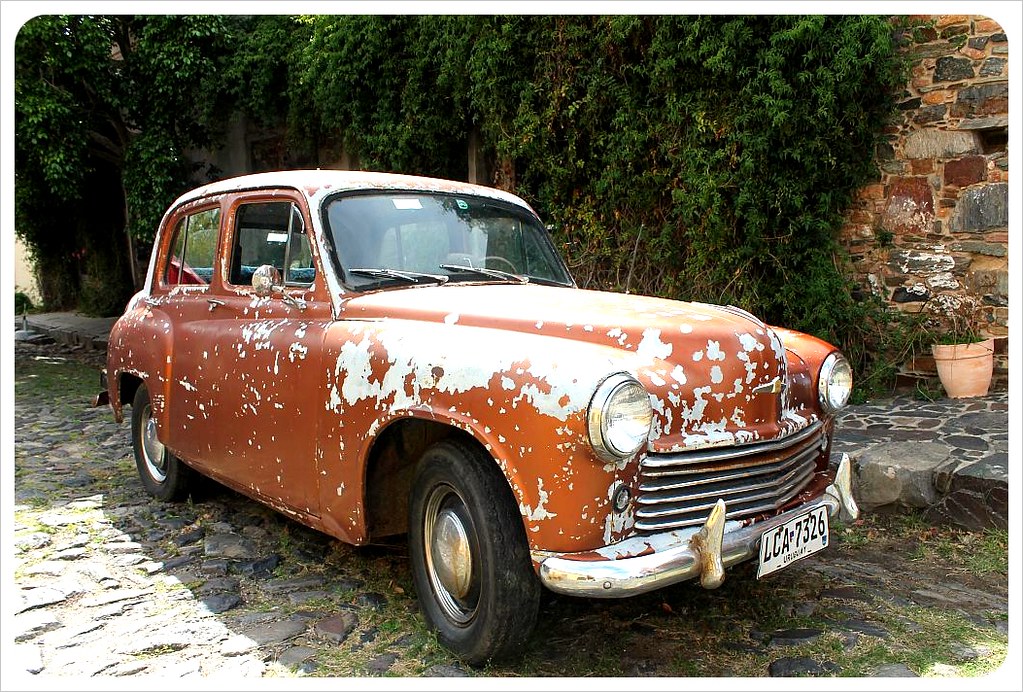 While some cars definitely look used and abused, many are as pristine as in their heyday. There is a sense of nostalgia overload with these gorgeous old-timers parked along the streets of villages that also appear unchanged since the cars first pulled up back in the 1930s, 40s and 50s. 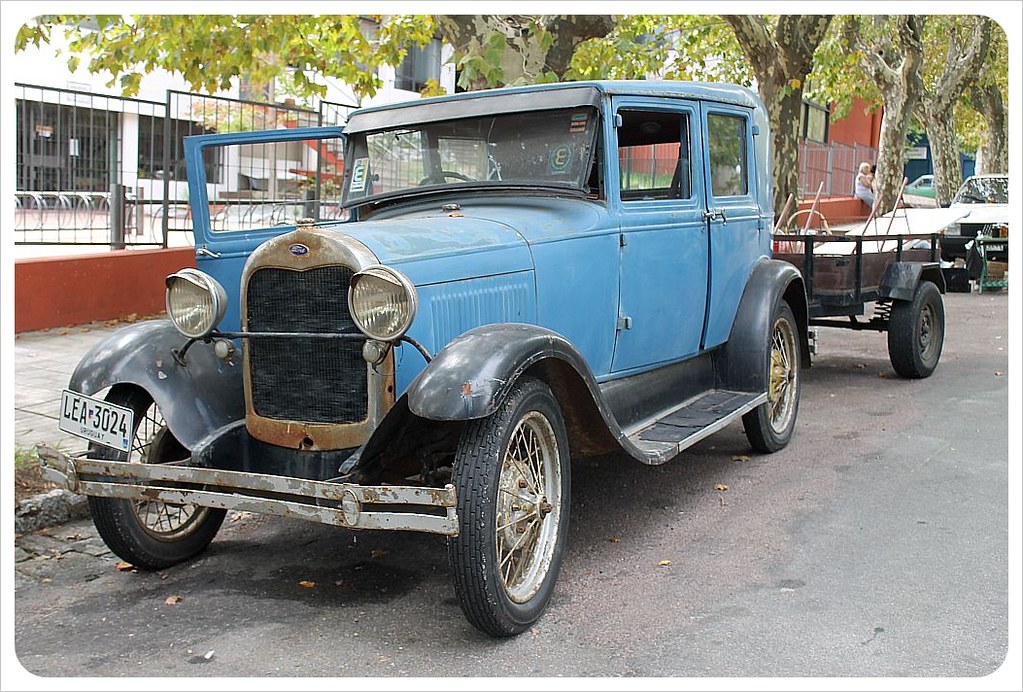 It was during this era that Uruguay experienced a major economic upturn, exporting beef and wheat to sustain Europe throughout both World Wars. With money lining their pockets, Uruguayans proudly began opting for more expensive imported cars, and not just for special ocassions or the very rich. Imported Rolls Royces and Bugattis were even used to make deliveries or left to rust on the side of the road in favor of the latest model. 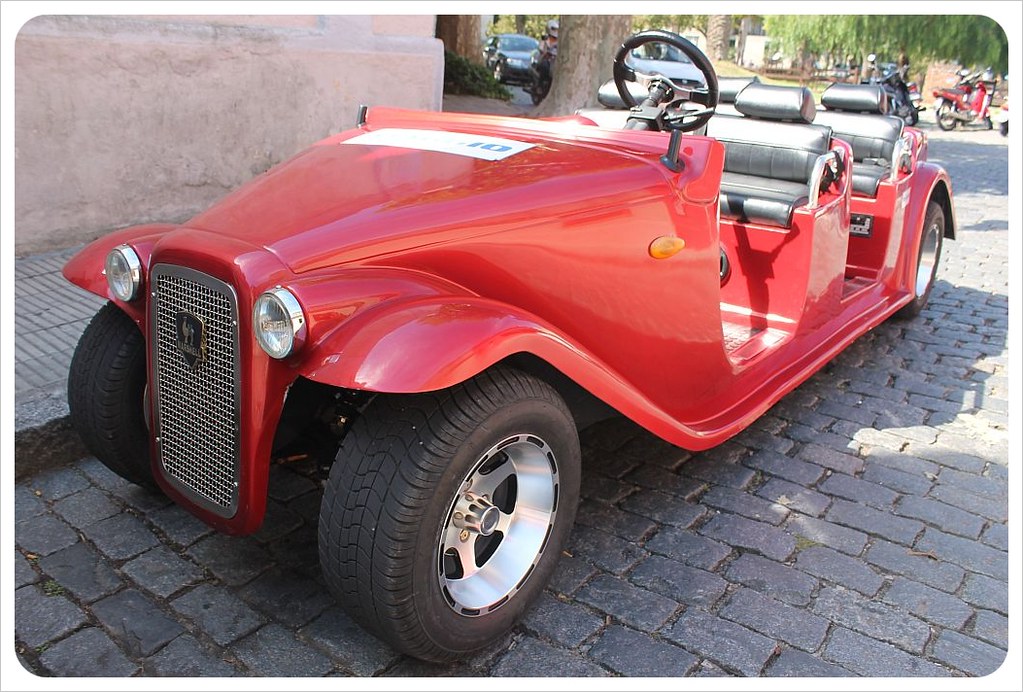 That is, until the economy completely crashed in the 1960s and car imports stopped almost entirely. Uruguayans maintained their love of cars and began preserving their cars to last for decades, and even have a special word for these cars now – ‘cachilas’. 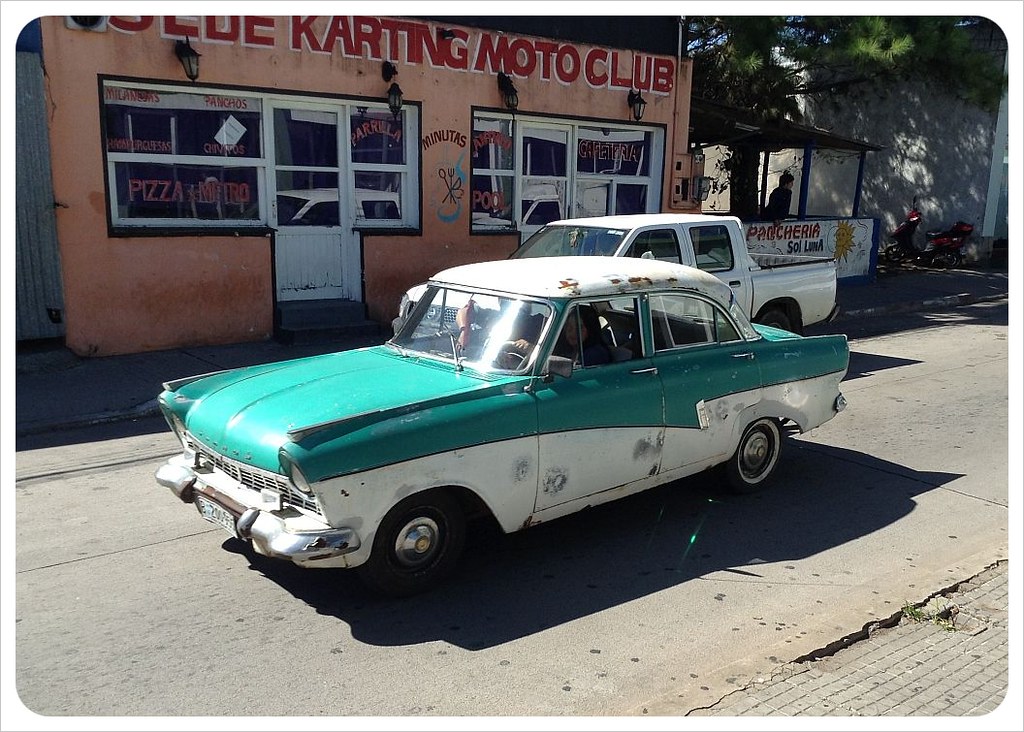 These cachilas have been passed on to sons and daughters, who passed them on to their sons and daughters, many of whom are still driving them around today. Those cars that don’t run are often still shown love, re-purposed as artistic displays, like many of the cars we saw in Colonia del Sacramento. 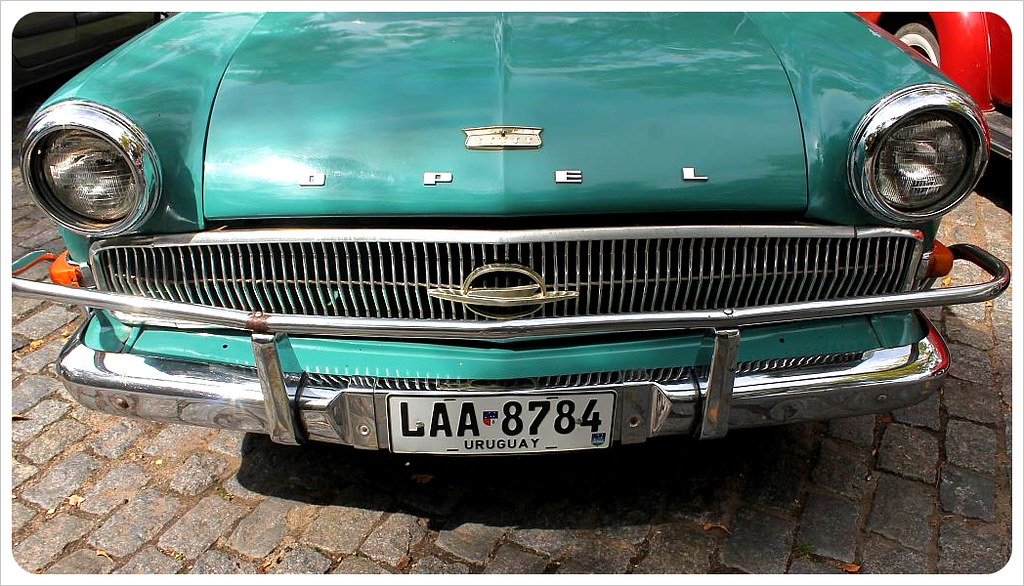 In particular we loved the two classic cars parked in front of the El Drugstore restaurant: a 1930s Citroën sprouting trees and flowers and a 1920s Ford Model T, which has been remodeled into a dining car, for diners to eat at a little table inside the car. 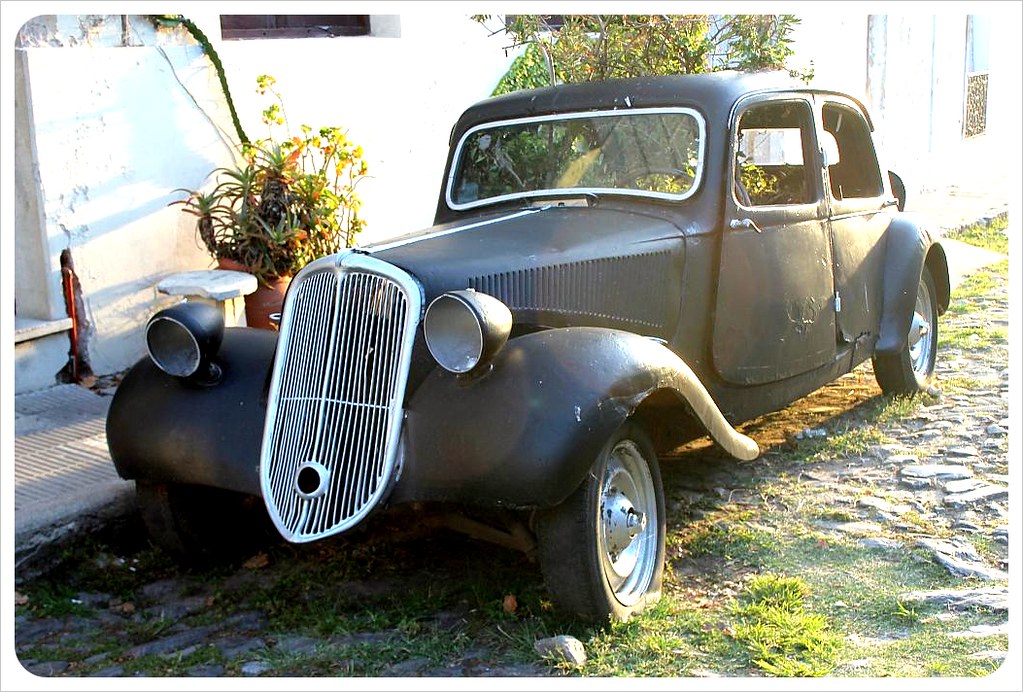 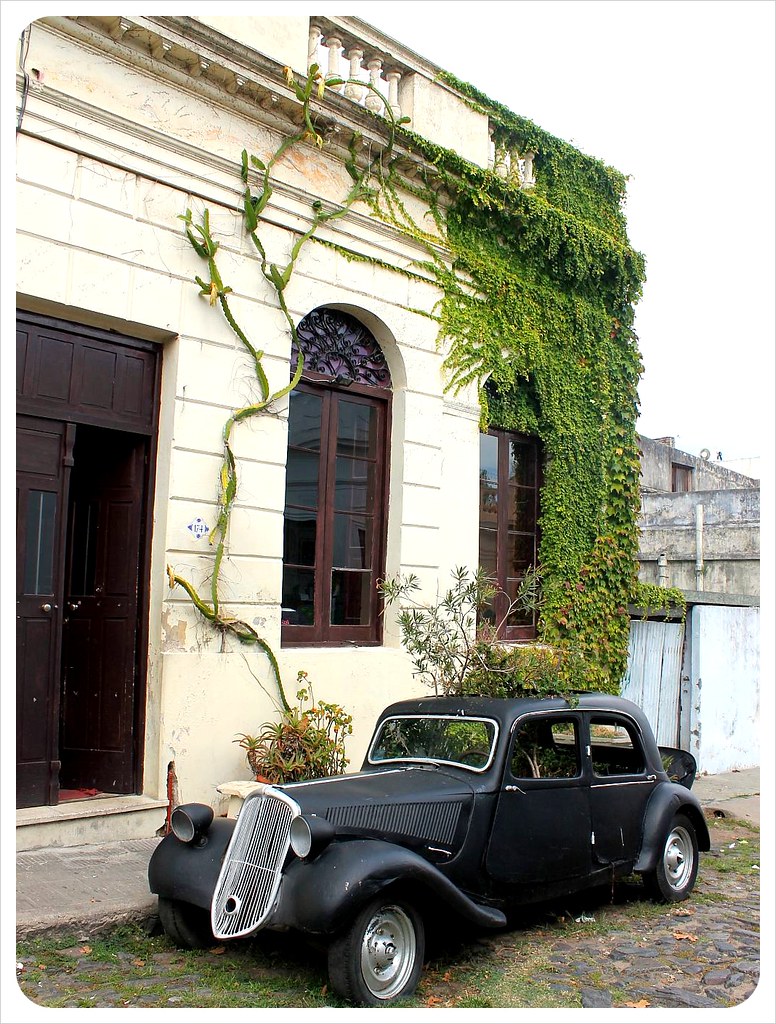 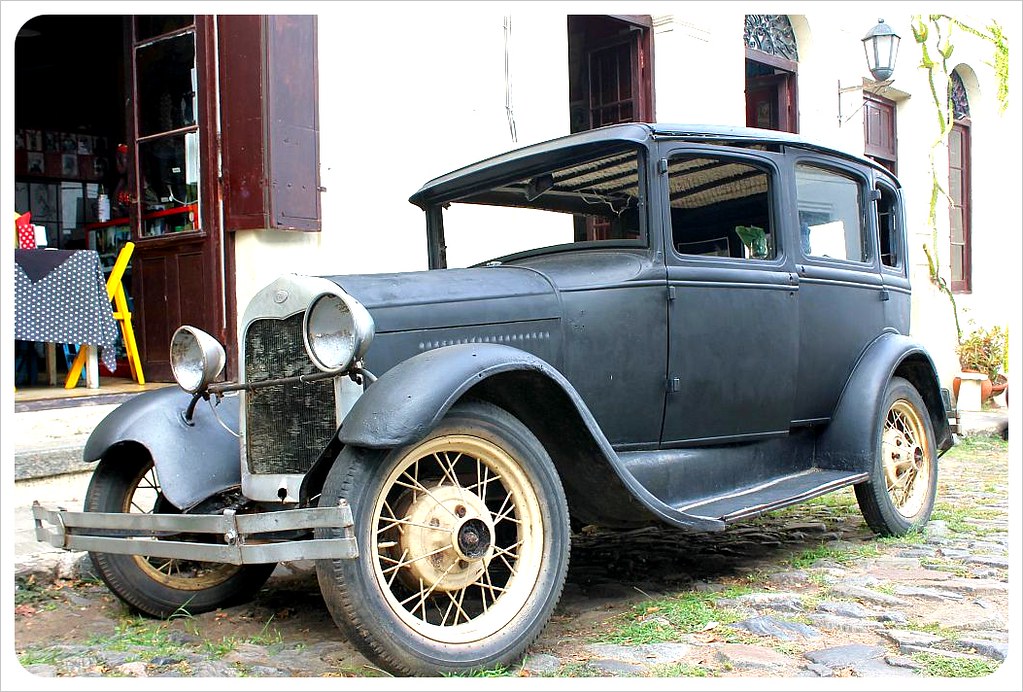 It didn’t take long for word to get out about Uruguay’s vintage vehicles and in the 1970s, collectors from as far as Japan, Europe and North America flocked to Uruguay looking for rare models at much lower prices. 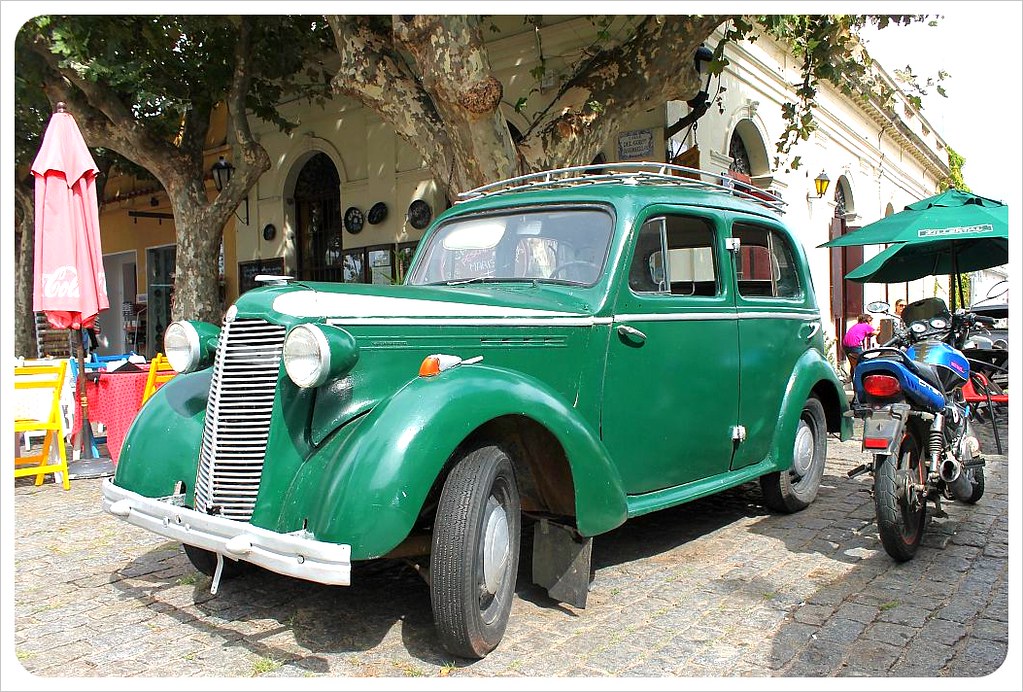 The cars of Uruguay, while vintage, can not really be considered antiques. These are living, breathing automobiles that have been consistently in use for over 60 years now. Antique might however be a word used to describe the mechanics who so lovingly restore them. Essentially car historians themselves, the older generation of mechanics have been pouring their hearts in the cars of Uruguay for decades. 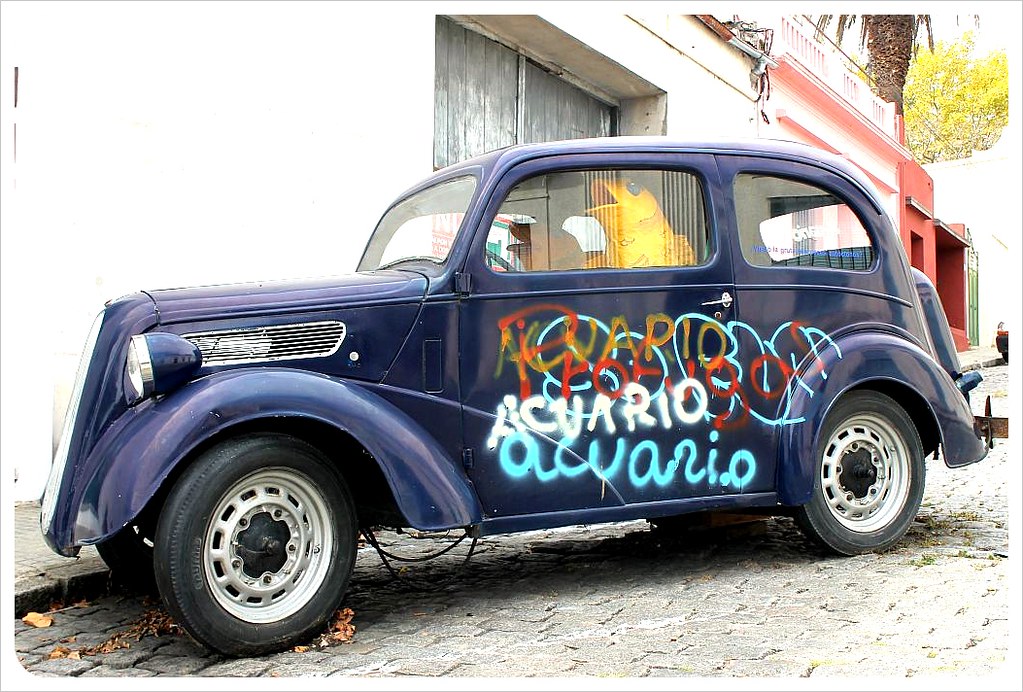 The mechanics teach the younger generations the steps to repair the cars, but swear that only the older mechanics can truly keep the vintage cars in tact. Possibly a case of intertwined souls of the cars and the mechanics who have so long loved them? 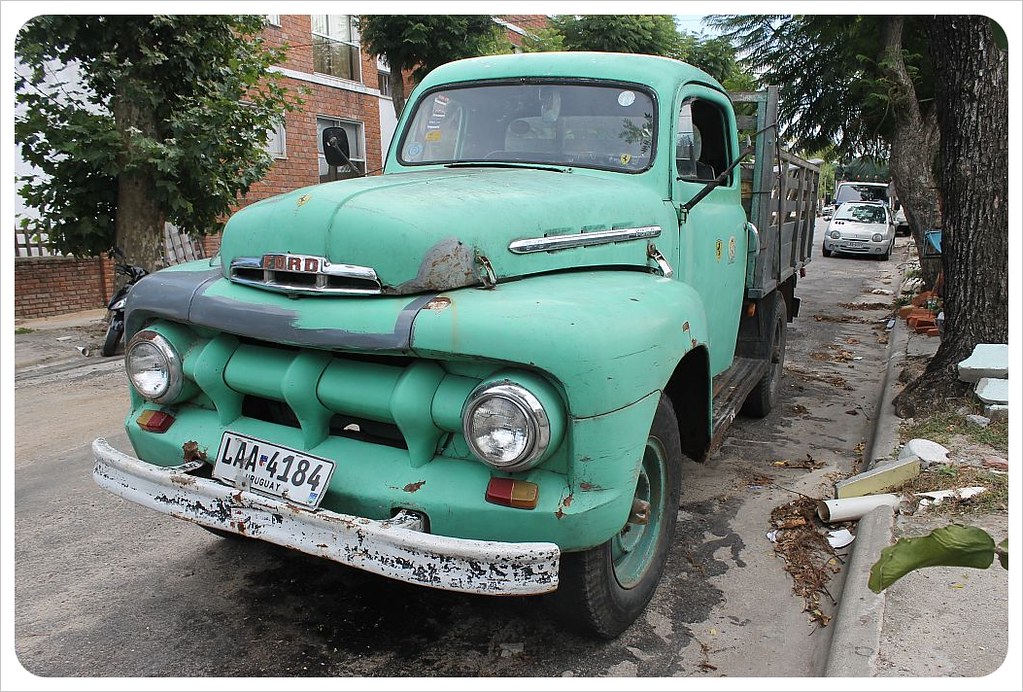 Vintage cars have a very special place for everyone in the country, so much so that they are declared by the government to be ‘historic patrimony’. What this means is that a permit from the Commission on Historic Patrimony is required before a car can be shipped abroad that was manufactured before 1940. 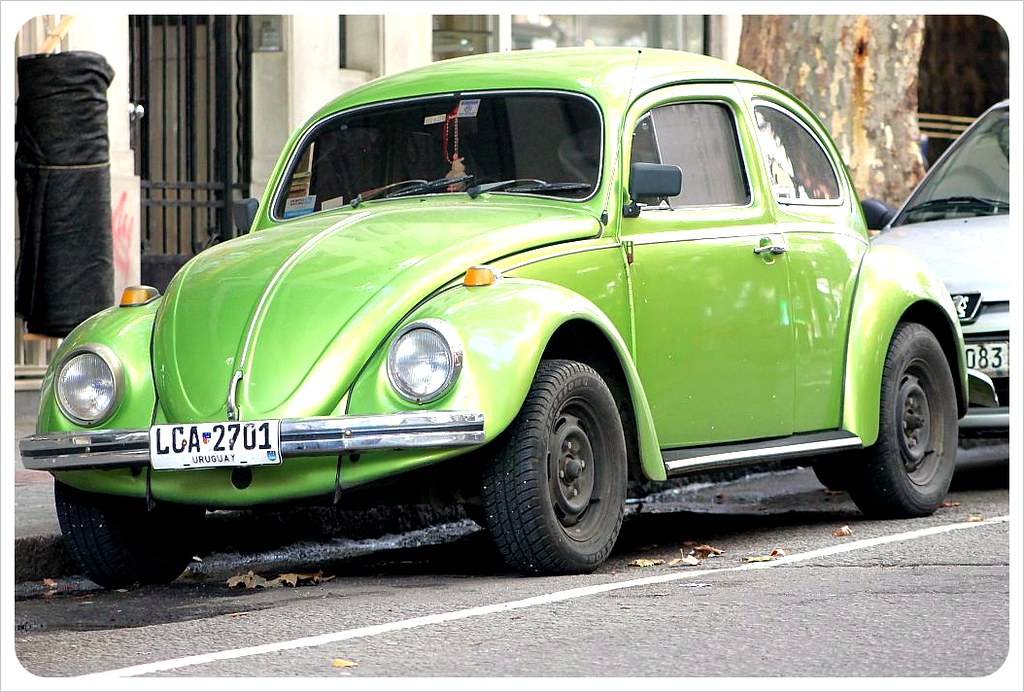 This assures that the streets of Uruguay can continue to hark back to the golden era and its car culture for decades to come. 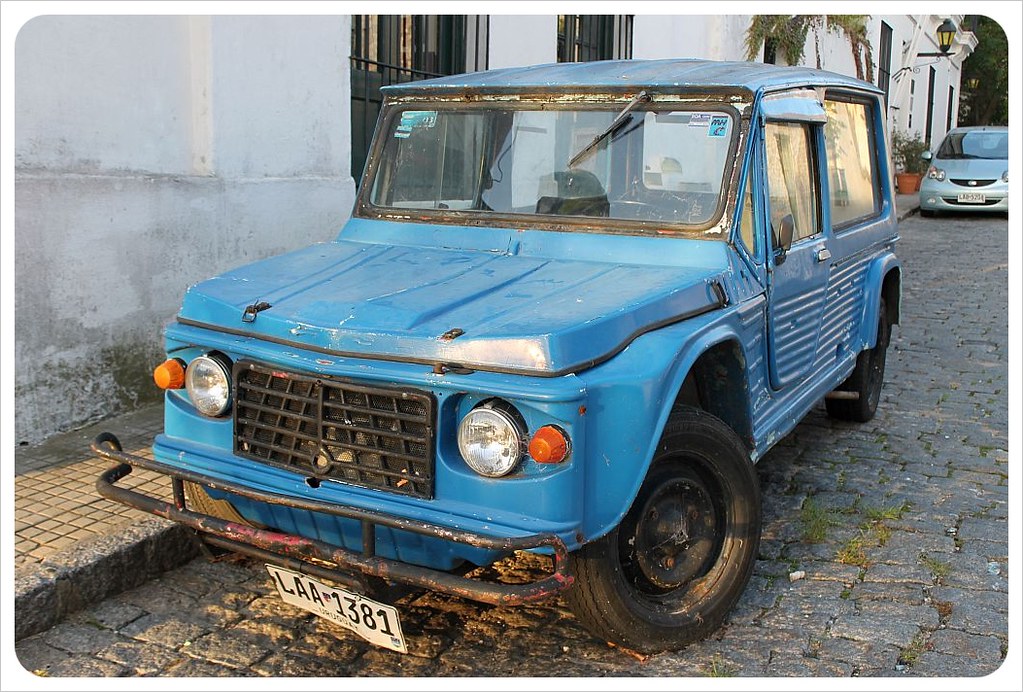 If you are subscribed to our newsletter, you should have received the latest edition of Beyond the Blog in your inbox today. Important: Gmail users: make sure to check your promotional folder and remember to move it over into your primary inbox to avoid that happening every month. If you are not subscribed yet, sign up here to stay up to date with us, get answers to reader travel questions, our best travel tips, access to exclusive giveaways and more!