Asking us whether we wanted to go to the beach resort Punta del Este or Uruguay’s capital of Montevideo, a well-dressed shuttle driver glided up next to us, attempting to entice us with smooth talk of a two-hour air-conditioned ride from the airport directly to the beach. 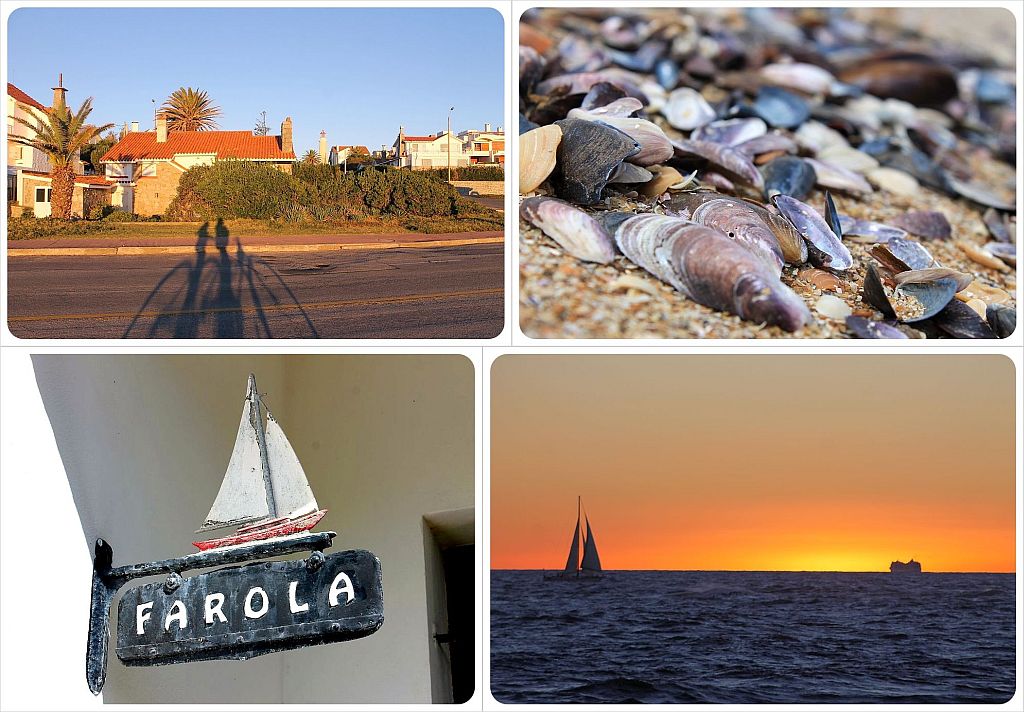 After months of chilly (followed by downright freezing) travel through Patagonia down to the end of the world, digging our toes in the sand would have been sweet therapy. Instead we had already booked four nights in the capital and were waiting on the local bus to take us into Montevideo that day.

If we had landed at Uruguay’s swanky, VIP friendly Aeropuerto de Carrasco and been immediately whisked away to Punta del Este to join the international jet set, we would have immediately sided with the oft-given moniker that Punta del Este is the ‘Monaco of South America’. Set on a long, narrow sand peninsula, Punta del Este is home to the good life: sun, sand, nightlife and glamor – and the price tag to match. 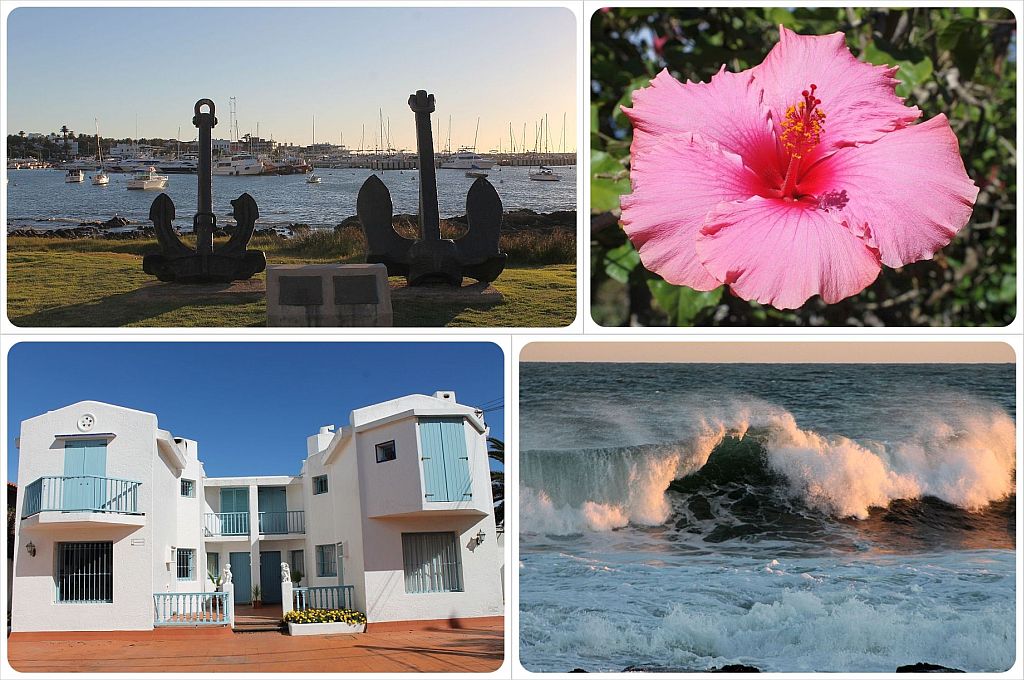 Punta del Este for all budgets

Prices here are 50% higher than the rest of the country. However, when we found a last-mintue deal for a 3-star hotel in the center of Punta Del Este on Booking.com for just under $58, we jumped with joy. This is a downright bargain in this part of South America where we paid $60 for a very basic double room with shared bathrooms in a run-down backpacker hostel in Ushuaia. This deal even included breakfast buffet and free bike rentals, which ended up being the perfect way to visit Punta del Este.

The people might also be more beautiful, the high-rise condos rise higher and there is a lot more life in the nightlife here than in the rest of sleepy Uruguay. At first it might have been easy to be intimidated, but as we hopped on our squeaky hotel bikes and cycled around town, Punta del Este revealed itself as a great spot for travelers of all budgets. 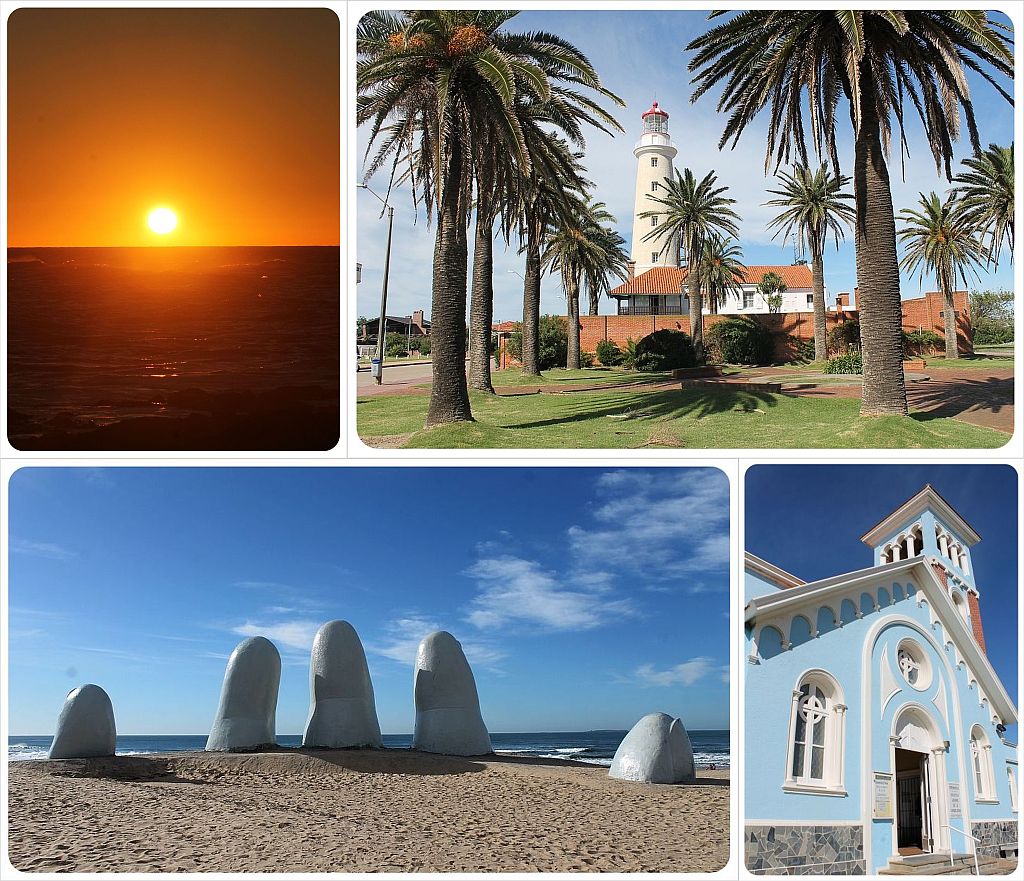 La Mano, or The Hand, is a famous sculpture reaching out of the sand on Punta del Este’s Brava beach. After dozens of different poses with The Hand, ‘brava’ (rough) beach was a great place to start our exploration of the city. We rode down and around the coast along the promenade to the lighthouse, where we witnessed what was easily the most captivating sunset of all our time in South America. We continued then around the small cape past impressive beachfront luxury homes, some with futuristic architecture, others looked more colonial, but all of them looked like they could have been the house that Leonardo DiCaprio rented when his then-girlfriend Gisele Bundchen brought him to this star-studded South American city. The promenade continues to the yacht harbor and lavish condos along the calm waters that earn this section of coastline the name Playa Mansa, or ‘calm’ beach. 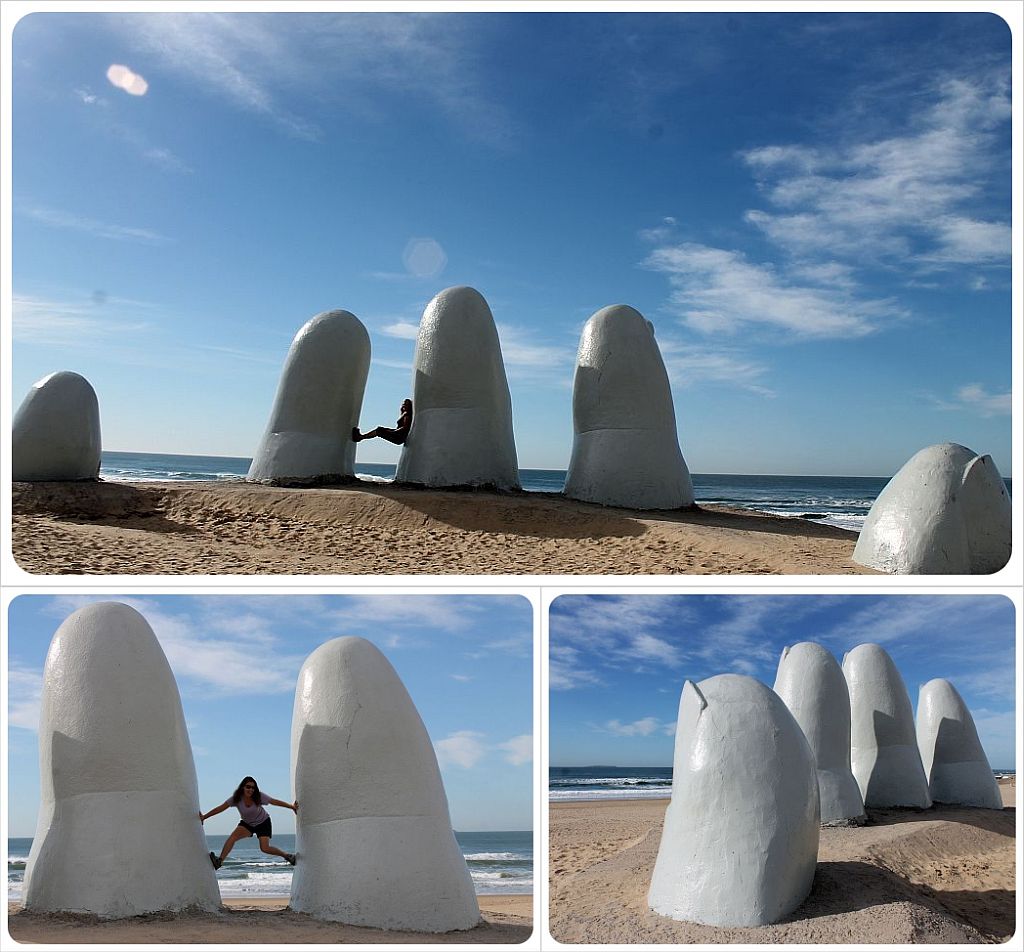 A major highlight for us took place inland at the Ralli Art Museum Punta del Este, the first of five Ralli museums around the world. We had been so impressed by the Ralli in our Vitacura neighborhood in Santiago that we made it a priority to visit this one. One of the most important collections of Latin American art is housed within the gorgeous 6,000m² building in Punta’s Beverly Hills neighborhood. Entry here is free, and we wandered through the many different rooms and outdoor spaces for close to two hours! 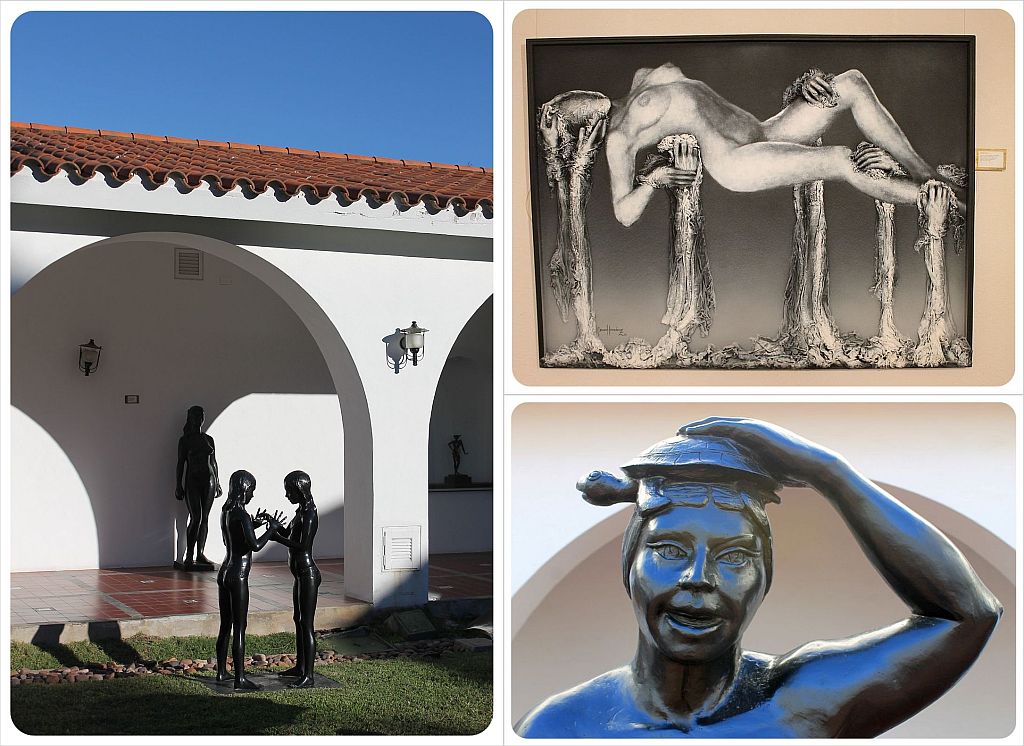 We ran out of time in Punta del Este – mostly because we didn’t plan on actually enjoying it so much. If we had stayed longer, we would have taken a trip out to Casapueblo, a majestic hotel and museum created by Uruguayan sculpture artist Carlos Páez Vilaró, or spent the day at beaches like Portezuelo, Solanas, Punta Ballena (Whale Point) and Isla de Lobos (Sea-lions Island), which is home to a light house and the largest colony of sea lions in all of South America.

Our only major complaint about Punta del Este was the food, as quality cuisine costs an arm and a leg, even outside of high season. There are a few affordable spots that don’t serve up plates of grease and sugar, but these are like needles in a haystack. We’d advise you to balance a few nights of pricey dinners with trips to the supermarkets for picnic lunches on the beach. 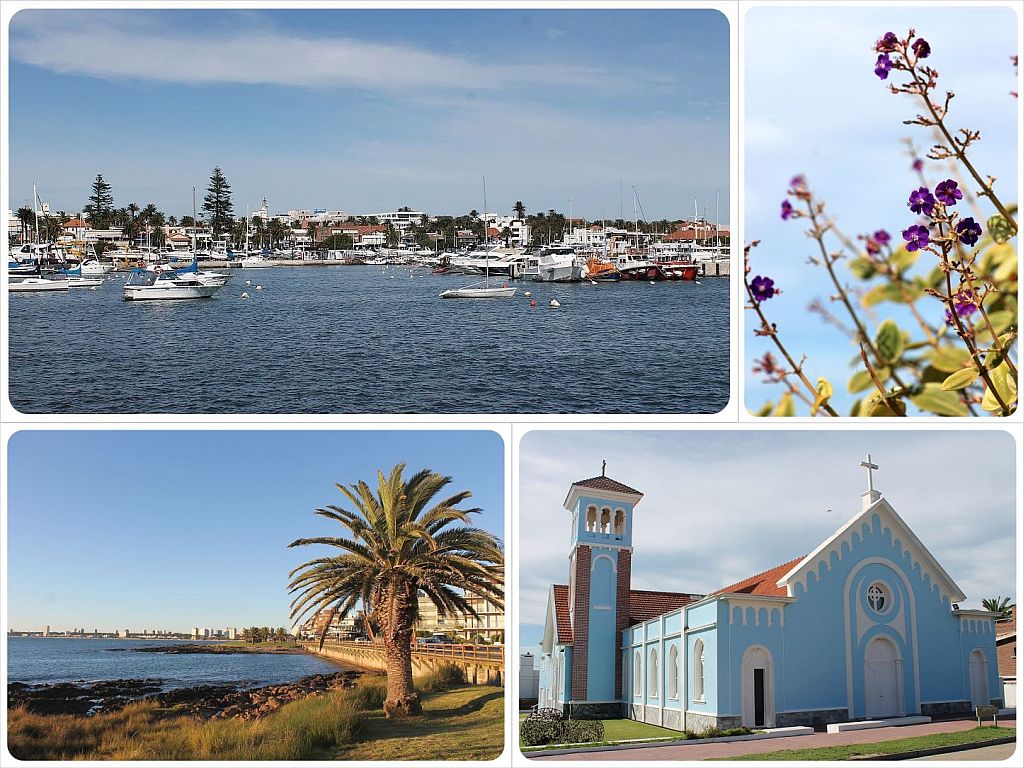 Uruguay is such a laid-back country compared to its neurotic Argentine neighbor, and outside of Punta del Este, the coastline between Montevideo and the Brazilian border has several small, more relaxed spots to choose from. We recommend a visit on either side of high season for much lower prices and equally sunny weather. If you are in town over the summer months, however, get a SummerBus ticket. This is a $75 hop-on, hop-of ticket that gets you 12 trips along the coast, with door-to-door hostel drop off.

On a continent where travel often involves 20-hour bus rides across massive countries, Uruguay’s diminutive size is charming and trips totaling two hours or less up and down the coast are perfect for a beach-bum kind of summer. 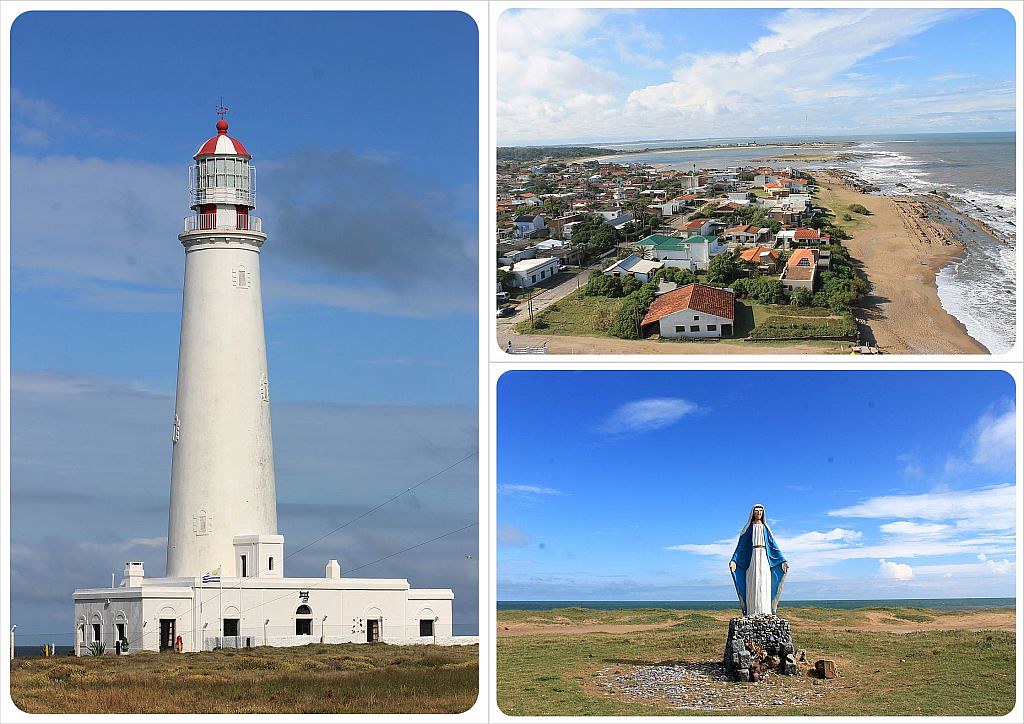 The Summerbus didn’t run anymore during our visit, but local buses still ran on schedule to all the beaches we wanted to visit, including La Paloma. After unseasonal torrential downpours put a damper on our first 24 hours there, the sun came out just in time for our climb to the top of the 95-foot lighthouse for fantastic views of empty beaches. From December to February, especially once Carnival begins, La Paloma is supposedly nonstop nightlife (we witnessed it as a sleepy, off-season beach town), and from July to October this is the perfect beach for whale watching tours. We did not stop there, but nearby La Pedrera is supposed to be a quiet family-friendly alternative to La Paloma. 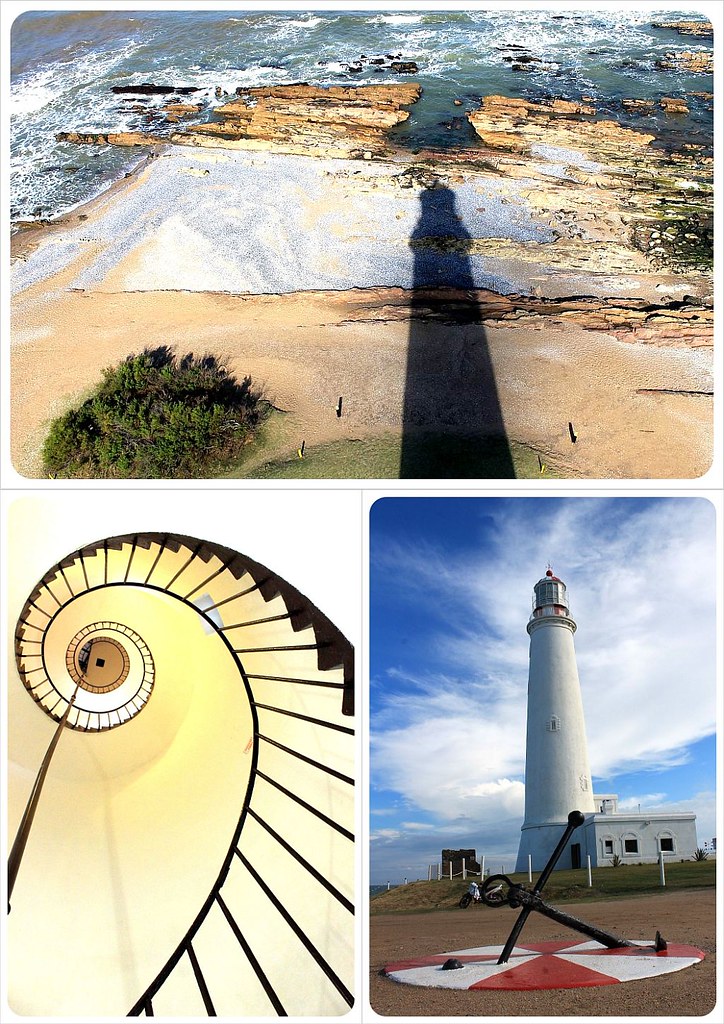 We could easily see ourselves spending a month or two right on Punta del Diablo, or Devil’s Point, just an hour from the Brazilian border.

This former fishing village turned boho chic beach is the antithesis of Punta del Este. The only high rises are the massive sand dunes along mostly unpaved roads which disguise homes of the town’s 389 permanent inhabitants and the hundreds of architectural masterpieces where over 25,000 Argentines, Brazilians and Europeans spent weeks or months renting during the summer months. These ain’t your typical beach huts. 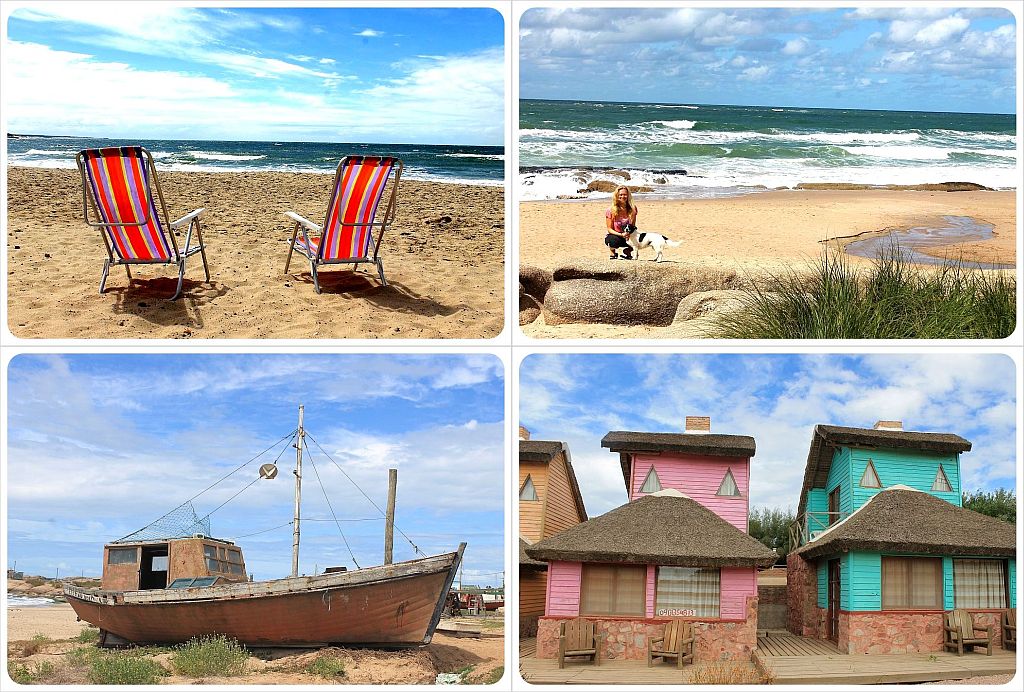 Instead, they are an eclectic collection of creative constructions that somehow still manage to give the town a laid-back, albeit upscale, surfer town vibe (apparently, you see more white people with dreadlocks here per capita than anywhere else in the world). Punta del Diablo is incredibly spread out, but  the ‘downtown’ is made up of three simple blocks, with two modest supermarkets, a school, a few cafes and sandy beachfront restaurants. The main attractions are the many small beaches, and if you visit between March and November when all the holiday-makers have disappeared, the town feels completely empty. Our hostel, the wonderful Hostel De La Viuda, was a 30 minute walk from downtown, and walking back at night was done in complete darkness (unless you had a flashlight), which at first terrified us, but then quickly added to the under-developed charm of the place. Especially knowing that, during the day, the houses we walked past were each individually designed by architects from around the world. Our hostel stay was one of the best we had in South America, but there is something about the idea of renting one of these adorable houses for a month, or a summer, that is so appealing, too.

Punta del Diablo retains the wild, natural beauty of the coastline, while perfectly balancing a modern vibe in such a way that left us wanting to leave our flip-flopped footprints all over it for much longer than our five-day stay. 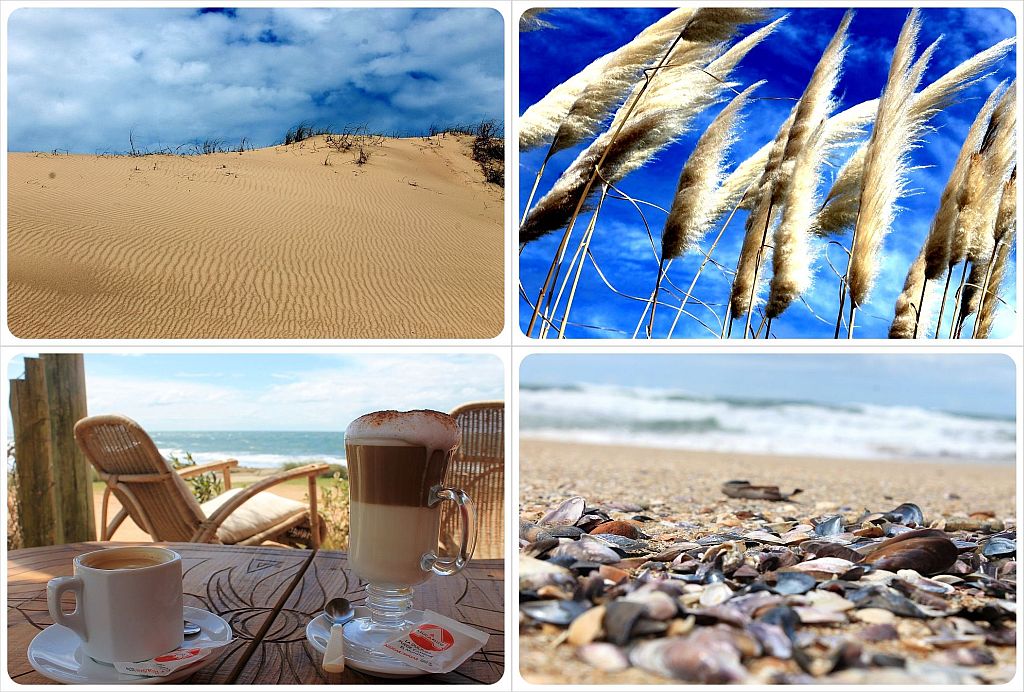