Berlin Germany Polaroid of the Week by Dani on July 25, 2013 1 comment berlin Polaroid 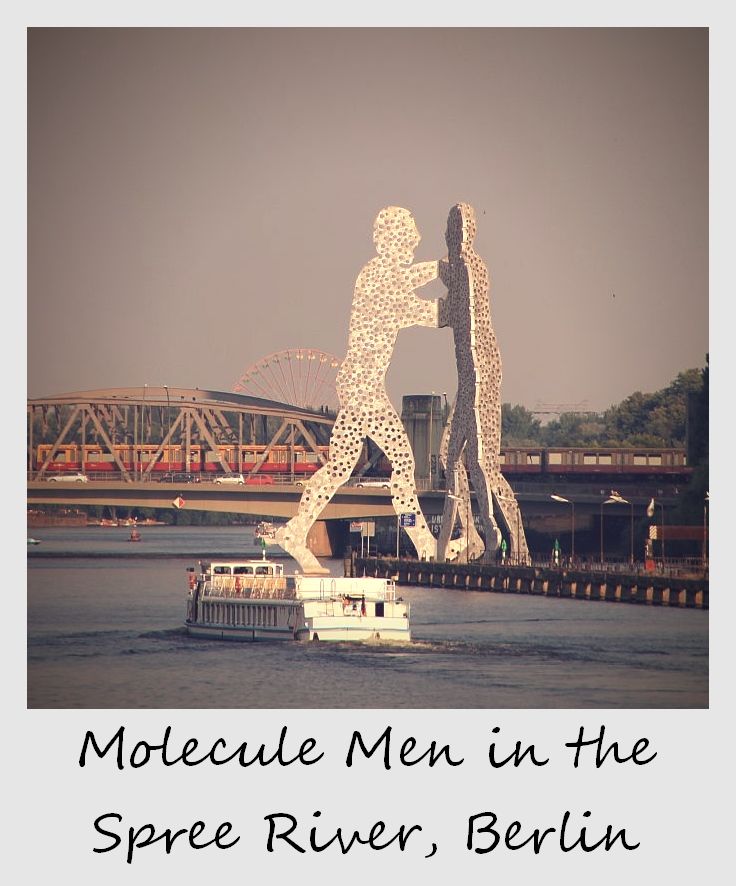 The three giant molecule men catch my attention every time we cross the Oberbaum Bridge  or Elsenbridge on our bicycles. The 100-foot (30m) high sculpture was erected in 1999 by Jonathan Borofsky, 20 years after his first Molecule Men sculptures in Los Angeles in 1978.

When the sculpture was erected, it symbolized the meeting point of three of Berlin’s neighborhoods – Treptow, Kreuzberg and Friedrichshain, but it is also representative of the unification of East and West Berlin and ‘the hundreds of giant holes in the three bodies represents the molecules of all human beings coming together to create our existence’, according to Borofsky.

The plain surface means the sculpture looks different at each time of day, and is most spectacular at sunrise.