Arriving to the end of the world | Ushuaia, Argentina

Alone on the top deck of the boat, I was the only one still willing to withstand the freezing winds, but there was just something magical about breathing in fresh air while bouncing through the magnificent Beagle Channel to let the accomplishment of arriving here actually sink in. 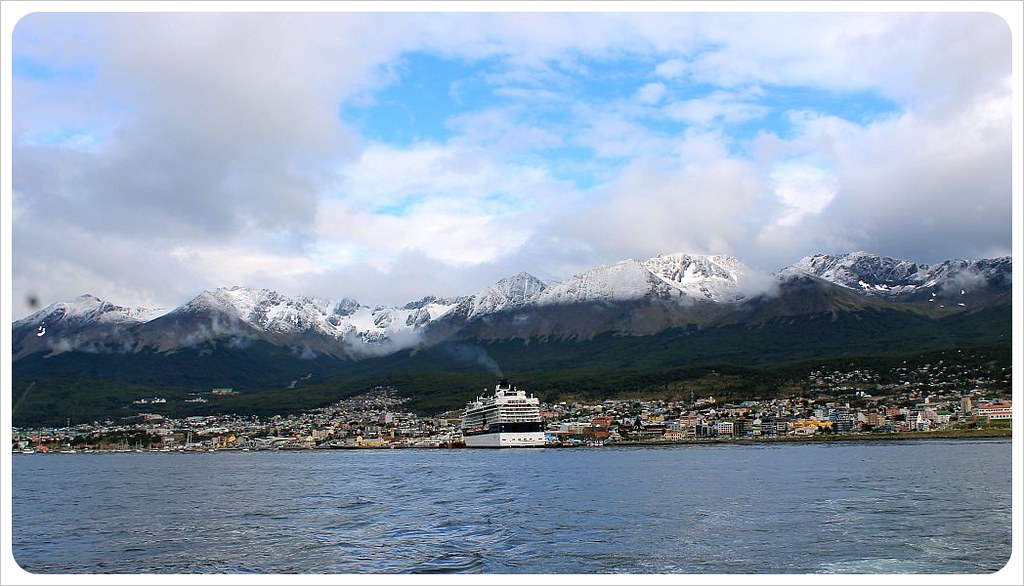 35 days. That’s how long it took Dani and I to make our way through Chile’s Lake District and pass back and forth through Argentine and Chilean Patagonia to arrive in Ushuaia, the southernmost city in the world.

Sure we could have flown here from anywhere, joining the thousands of cruisers and other international tourists at the airport, but arriving to the 60,000 inhabitant city could never have felt as good as it did to go the long way down.

After a few minutes in solitude watching thousands of birds glide by under the imposingly low gray clouds, I joined the other 20 passengers, including Dani, down below inside the warm cabin to learn about the adventurers who had come and ‘conquered’ various spots along the coast over the centuries. Sure, we were being served tea and cookies on board and were never going to be seafaring journey women, but it still felt mystical to be connected even in this way to the globetrotting explorers of the past with only 1,000 kilometers of water separating us from Antarctica. In fact, we were closer there than Buenos Aires, 3,000 km to the north. 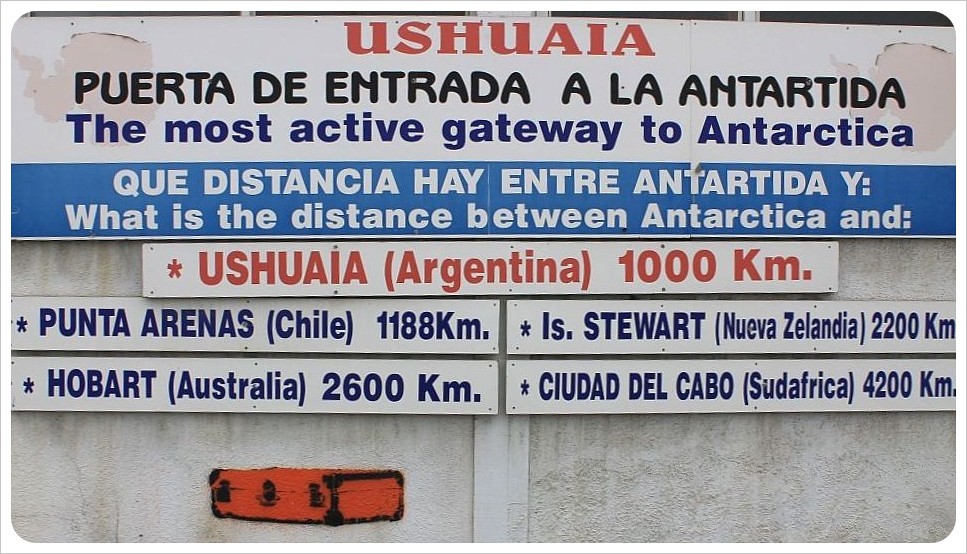 Ushuaia was also of particular interest as the spot where the first same-sex marriage in all of Latin America took place on 29 December 2009, which paved the way for nationwide legalization in Argentina just six months later.

The proximity to Antarctica makes Ushuaia the jumping off point for Antarctic cruises, but while there are possible last minute deals, these trips still cost $5,000 and up (and up, and up) per person. Plus, arriving on The Ice involves sailing through the infamous Drake Passage, some of the roughest seas in the world (watch a video here) in order to spend a week in some of the coldest weather on Earth. Ushuaia was already freezing cold for the two of us summer chasers, and while several stores have warm clothes to rent out to the cruisers, we were almost ready to rent a few things ourselves and it was 6 C / 42F during our stay. 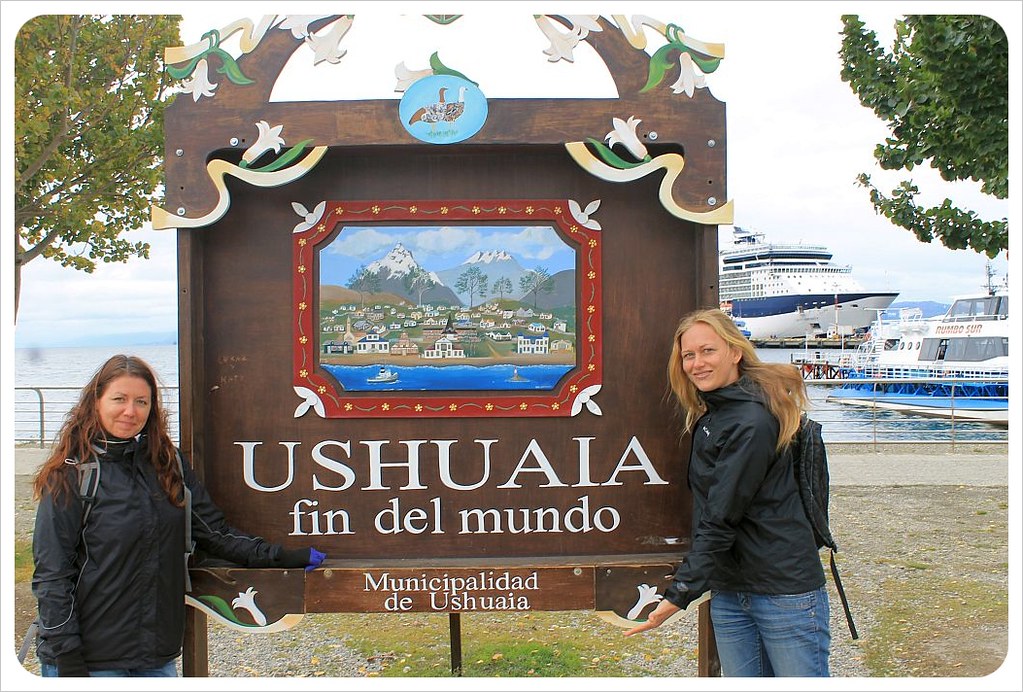 After the fast-paced trip southward to get here, we opted to relax for a few days rather than add a 5th and freezing cold continent to the list. There is plenty to entertain everyone for a few days. Ushuaia is a popular ski destination for South Americans during the winter months, hiking to Martial Glacier in Tierra Del Fuego National Park is also popular, but pictures we saw made it seem as though it paled in comparison to our trips to Perito Moreno Glacier or Glaciar Grande. The park is just 12km west of Ushuaia, however, and supposed to have great hiking trails with beautiful bay and mountain views. Our blogging buddy Alexandra was much more active then were in Ushuaia and wrote about her hikes in the Tierra Del Fuego National Park and to Laguna Esmeralda. 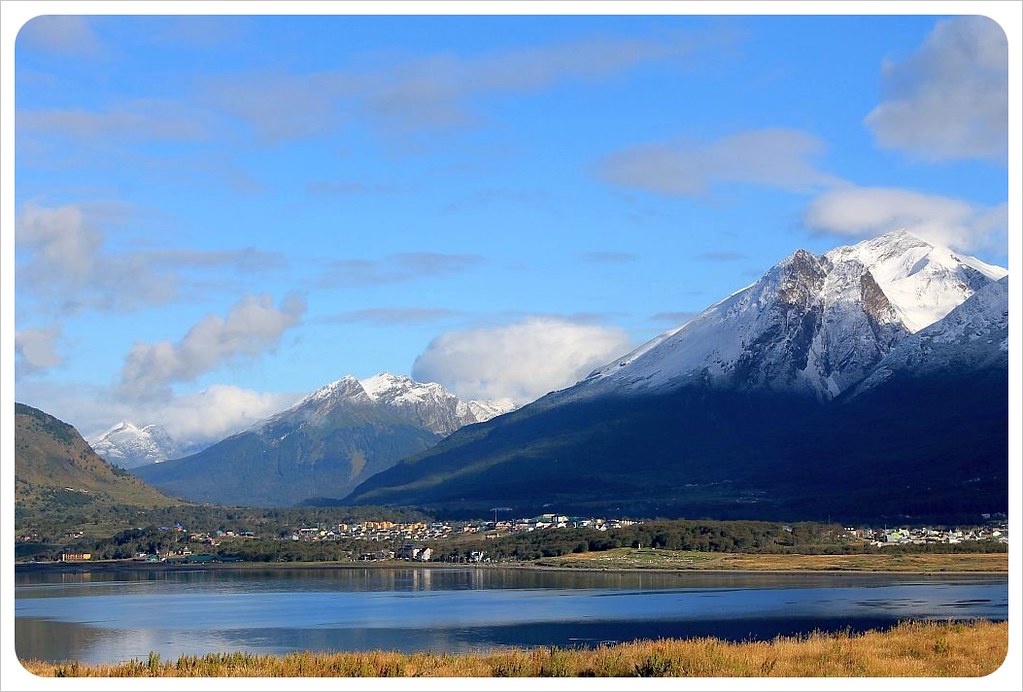 We decided that we wanted to see more of the wildlife that is indigenous to this part of the world, like penguins, seals, orcas and local birds, which is how we ended up on the boat to tour the Beagle Channel.

Choosing the tours seemed fairly arbitrary, as a number of huts right outside the port offer a variety of tours at similar prices. Shop around a bit as some include trips to see penguins, others take passengers out to the even more isolated H Island. Some tours have catamarans, others motorboats. We went with Patagonia Adventures (ARS300/~US$56 for a 4-hour trip incl. coffee and snacks).

The scenery here was intense and rough, empty islands previously populated by indigenous populations who rubbed sea lion and whale blubber on their skin year round to stay warm. The boat stopped at various points to admire sea lion colonies and hundreds of cormorants, and a scenic hike across a deserted island reminded us of northern Scotland. 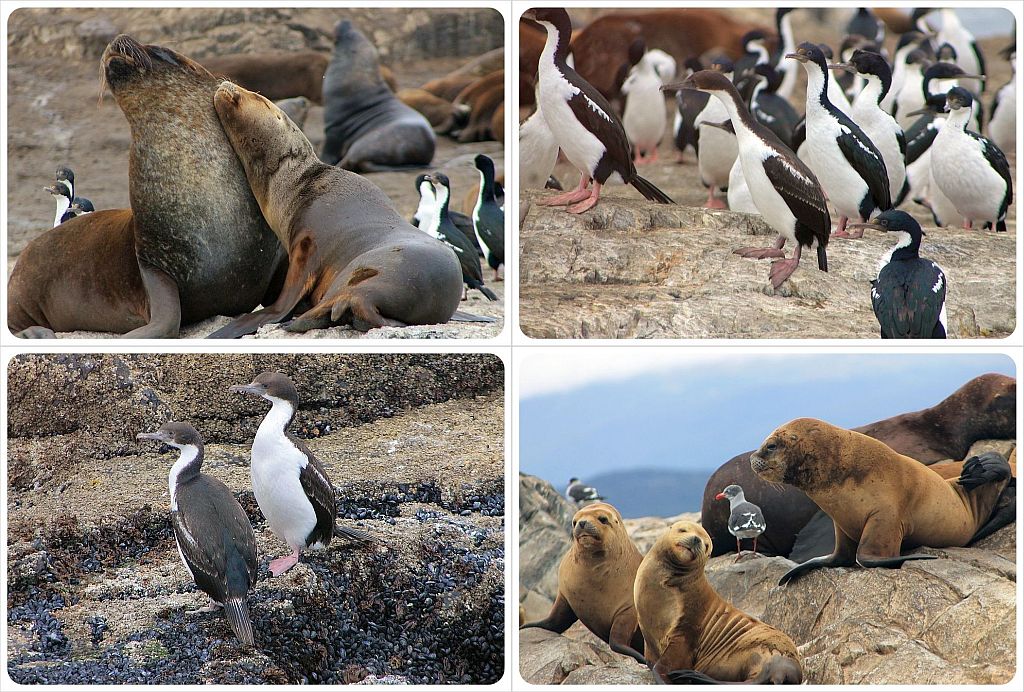 Make no mistake, however, there is no mistaking where you are, and the Les Eclaireurs lighthouse is not only the southernmost lighthouse in the world, but also the point where the Pacific and the Atlantic Ocean meet, which made us realize once again just how far south we were! 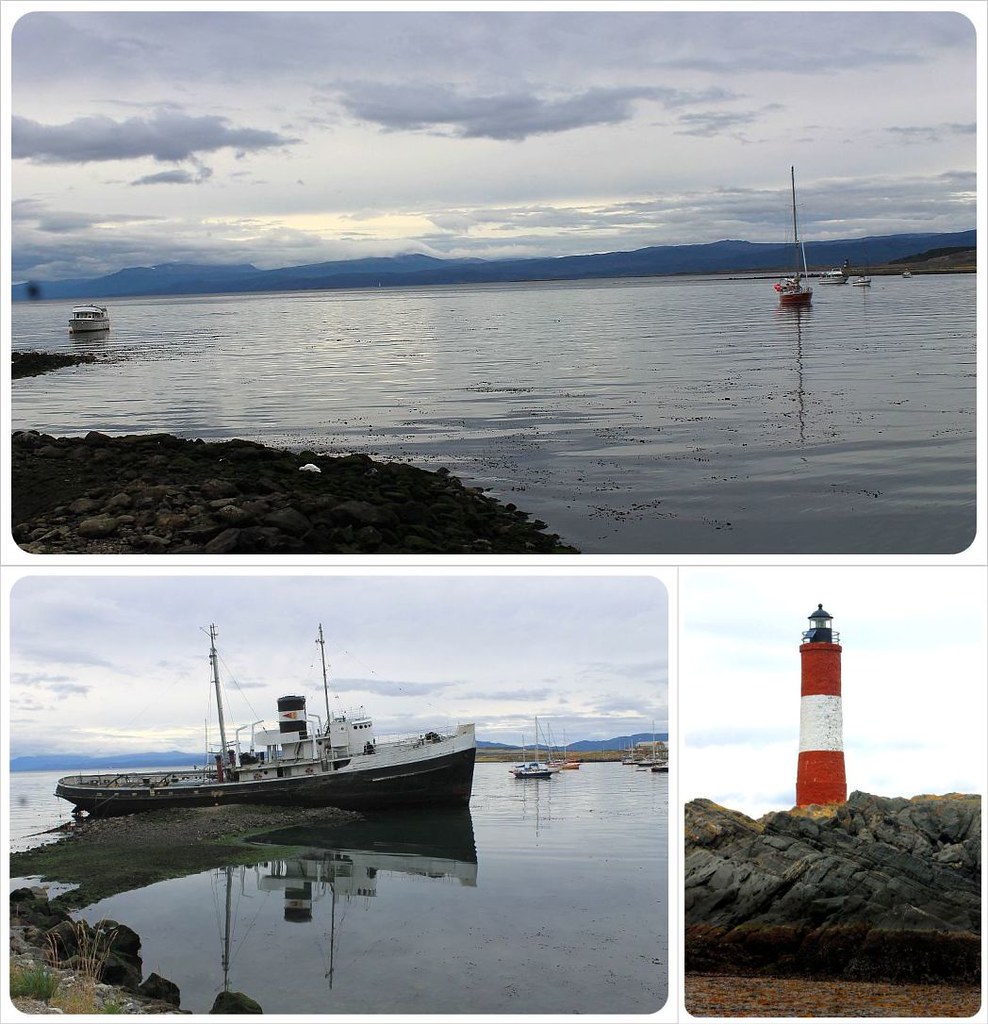 If you are looking for some activities in warmer surroundings, there are a number of interesting museums in town for at or under US$10, including the Prison Museum (Presidio) which housed some of the worst criminals of Argentina until its closing in 1947), the Yámana Museum, where you can learn about the indigenous Yámana people to first inhabit Tierra del Fuego or the Museo del fin del mundo, or ‘end of the world museum’, which educates about the history, wildlife and settlement of the area.

Tips for your visit to Ushuaia:

1. Book accommodation in advance No matter if it is high or low season, hotels are astronomically expensive ($200 for a basic double room), meaning relatively economical guesthouses and hostels are always booked. We walked around for over an hour before deciding to pay through the nose for a hostel we would never recommend to anyone.

2. Cruisers – don’t book Ushuaia tours with your cruise operators For any South American cruisers stopping in Ushuaia – your cruise will dock in the center of town and tours can be booked right on the shore for a fraction of what you will pay by booking on the ship. Cruisers on our Beagle Channel tour paid more than double than what we did, and could have just booked it that morning like we did.

3. Where to eat Since it is a popular tourist destination, there are plenty of places to eat on the main tourist drag, Avenida San Martin, and the side streets around there. We had decent pizza at BarDPizza (Av San Martin 753) and loved El Almacen de Ramos General (Maipu 749), an over 100-year old traditional, old-fashioned grocery store-turned-restaurant with delicious pastries and good wi-fi. Café Expresso (Av San Martin and Lasterre) was another great place to work at, with lots of plugs and free wi-fi. 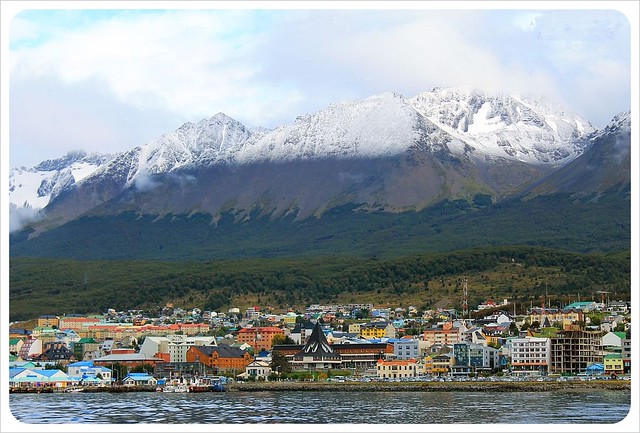 4. Bring US Dollars and find a place with a Blue Dollar rate
This will save you a lot of money, since Ushuaia is generally not cheap due to its isolated location.

5. Dress warmer than we did – Even in the Argentine summer (December – March), temperatures rarely rise above 12°C/54°F. (

Take a look at our gallery for more pictures of cute sea lions and the stunning scenery around Ushuaia: