Travel Reflections by Jess on May 5, 2013 27 comments What I Wonder When I Wander

Where are you from? De donde eres? Woher kommst du?

We meet new people almost every day, and 99% of the time, this is the very first question that sparks a conversation.

The recent six-month stint in South America was tour-heavy in places like Chile’s Lake District, Patagonia and the Atacama Desert. We spent a lot of time in small groups of 10-12 people from around the world, making conversation together in a minivan for several hours. These tours follow a very distinct pattern, and guides almost always identify nationalities from the start – sometimes names are never even given. Dani becomes Germany, I become the U.S., others symbolically represent their countries, like flags. 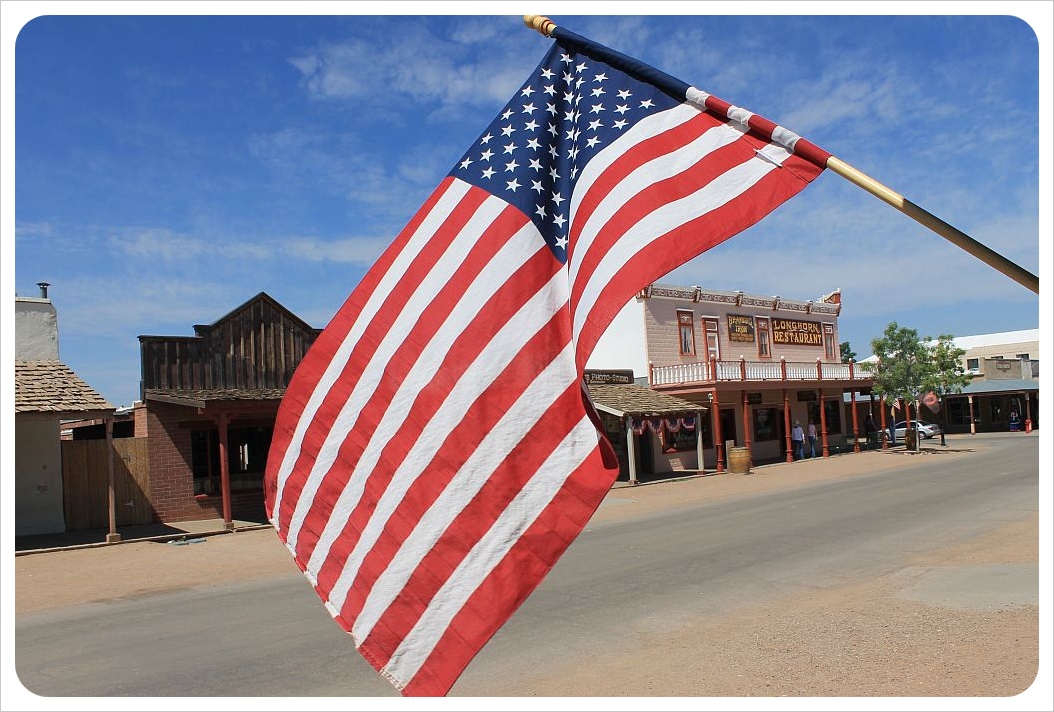 Most people answer where they are from without a second thought. Nationality is a shorthand for understanding individuals within an international group dynamic. Still, it strikes me as strange that in a time of mass migration, global travel and with so much of our lives lived online, so many people, especially travelers, would cling to a definition of identity rooted in a person’s birth place.

Is nationality at the core of individual identity in the 21st century?

Case in point: on a tour of the Quebrada de las Conchas, we got to talking to a solo female traveler who the guide had already established was from Australia. Without realizing it, Dani and I had put her in a box, categorized her as Australian and whatever ideas and stereotypes we have developed about Aussies over the years. As the conversation developed, however, we discovered that she was based in Canada, having given up her career as a driver of dynamite trucks in Oz to put travel and a life abroad first. She was working in restaurants first in Dublin, where she met her Irish boyfriend,  then they moved together to Canada. now they were traveling South America together (he was flying in that next week). Her being Aussie was only one small part of who she really was, and I was so much more impressed by the dynamite truck driver idea. Nationality lent only a small insight but often times this is the main criteria people use to form an opinion at a moment’s notice.

Nomads have a nationality, too

Since becoming nomadic, I’ve been faced with this question, ‘Where are you from?’ more than the rest of my life combined. Every day I answer with’ the United States’, ‘the States’, ‘Los Estados Unidos’ or ‘aus den Staaten’. 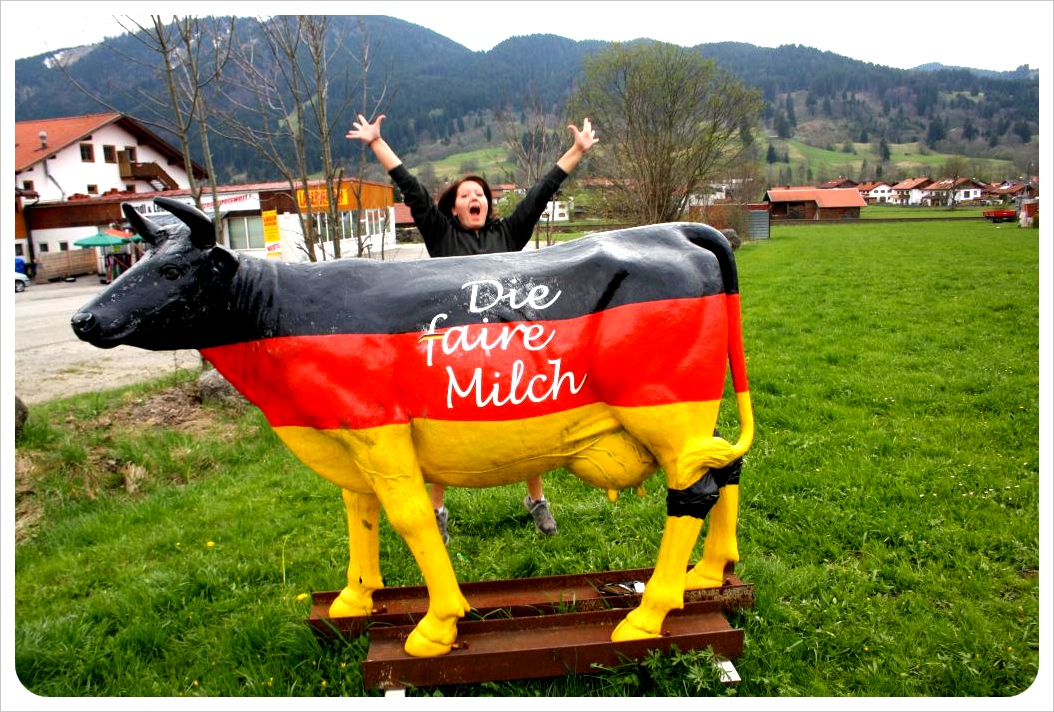 This automatically comes to define me, which seems so odd since we are entirely homeless by choice and so many people are living location independent lifestyles with such ease. This is a time when it is not uncommon for bi-national children to be born in a third country to serial expat parents. How will a child with German-Japanese parents born in Bali identify his or her nationality as an adult? And yet while many of the simplistic 1990s era theories on globalization have come to fruition, I wonder if we will ever really become borderless in our minds. In fact, on the backend of globalization came a trend toward the hyperlocal. How important is nationality to your own sense of identity vs your city or even your hobbies or your career?

When I answer the oft-asked question, Dani often chimes in almost to my ‘defense’, qualifying my response with: “but she hasn’t lived there for 13 years.” And that’s true. I essentially became an adult abroad.

It’s been a while…

My first real job, at 22 years old, was in Guatemala, but I have always felt that the three years I lived in Germany are when I became a grown up. In a sense, I was socialized there, renting a real apartment, paying taxes, working full time. Yet unlike German nationals, there is a sense of schizophrenia as an expat. I was constantly comparing the life I was actually living to the one I would have lived in the U.S., as reflected by friends and family based at home.

Although I had no intentions to become ‘German’, there is a political and social mindset that formed during my time there that is permanently part of my identity.

Then there were the four years in Britain after my fashionable quarter life crisis. It was here where I got my Masters degree and did the only true office work I have ever done, at the national tourism board of Britain – an intercultural gig filled with trilingual opportunities based on my biggest interest (travel) and best skills (media, writing and languages). Yet all this job did was make me feel very, very American with a funny accent who just couldn’t understand British humor.

In fact, while living abroad, all of my experiences were filtered through my nationality, and everyone has an opinion about my country that they like to share with me. In that way, I have experienced a way of being American that is entirely different to my fellow citizens at home.

I left just after George W Bush was elected into office the first time. I watched September 11th happen broadcast on MTV Latin America from a flea infested couch in Antigua, Guatemala and when I moved to Germany in 2003, it was to a small, former east German city. Here I became the face of America for people with strong opinions in a post-communist, freshly post-9/11 world. I watched Bush’s re-election in 2004 there, running to the teacher’s lounge during every class break, returning feeling forced to explain and contextualize the election for students stunned by his win. When Obama was elected in 2008, I felt the relief of most Americans abroad (to not have to consider pretending to be Canadian, ey) and I shared the experience of his jolly 2012 re-election with jovial expats in a bar in Buenos Aires.

Cut to now, three years into location independence, and the two of us aren’t based anywhere. We are a German-American couple with bank accounts in England. My visa for the UK is about to run out, and Dani has officially unregistered from Germany. This year we have to figure out where to base our business now that we are technically not based in England. No wonder nationality, for us, is such a low grade qualifier. Yet my identity, now more than ever, is qualified by the use of my blue passport – crossing borders, getting visas and meeting new people. We also spend more time in the United States than I have since 1999 – at least eight weeks a year three years running. 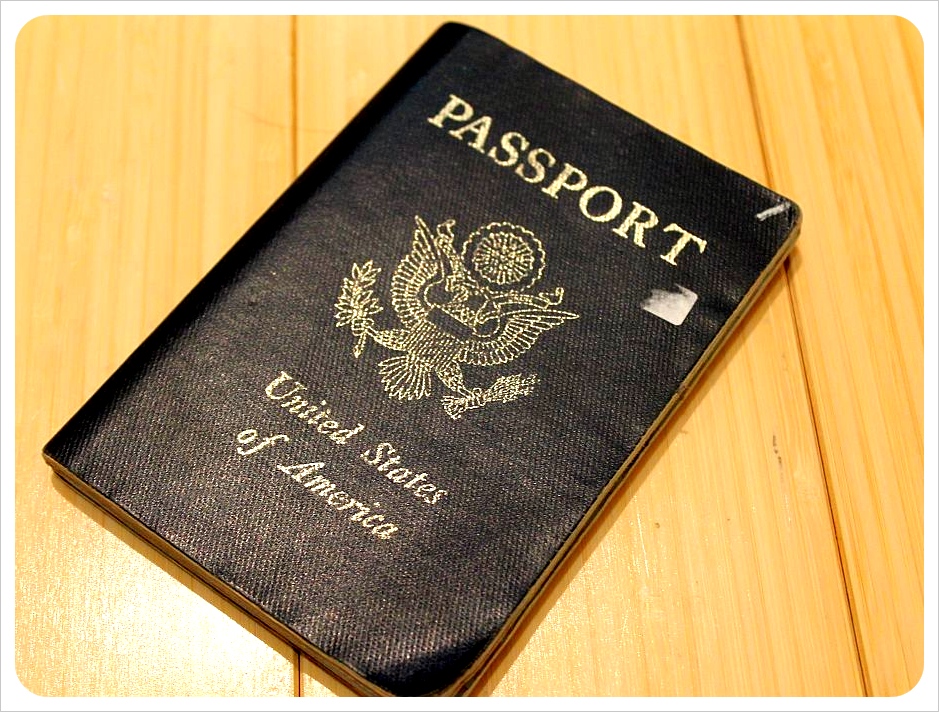 Culture conflict and why I love New York

Abroad, I feel decidedly American, but in country I tend to feel out of place. In my decade-plus abroad, the country has changed fundamentally. I am afraid I will never understand things like the civil war between Democrats and Republicans (two sides of the same coin, if you ask me) and the segregation between ‘liberals’ and ‘conservatives’ that divides families and even the closest of friends. The extreme gun violence (and defense of it under the idea of liberty), the odd seemingly backward-moving debate on Darwinism v. Creationism, and the blind acceptance of big food industries that Europe has managed to so vehemently oppose on the general principle of human survival.

Oddly enough, arriving in New York this past week I feel a sense of  being ‘at home’ for the first time in ages. This great city seems to embody a genuine sense of American-ness that I hold most dear, not only the ideals represented in Ellis Island and the Statue of Liberty, but the reality of people of all backgrounds and cultures living together in a way that positively affects the character of the city. This is the idea of America I believed in before I left the first time – except for the fashion, and some of the technology. After a long time away, I feel like Marty McFly, taking a trip back to the future, with the automated tellers at the grocery store, doors that open without touching them and ordering take out from an iPhone app.

But give me another week or two, and I’ll be ready to get on my hoverboard. 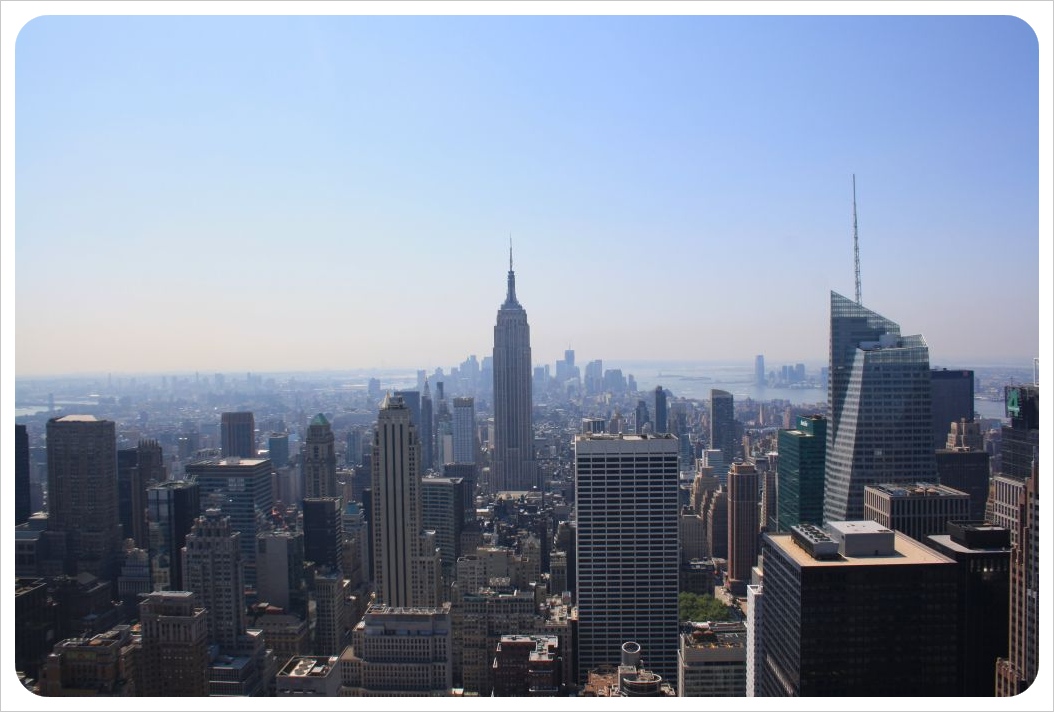 I wonder, is there any quality that can be so defining to others you meet when traveling or living abroad other than your nationality? In a world that has gone global and back again, will there be other attributes in the future that are of equal or even more importance? Will the borders in our minds ever really disappear, or will nationality always serve as the filter through which individuals experience the world?

Why Berlin Is the Place to be on a Budget