New York Polaroid of the Week USA by Dani on May 16, 2013 8 comments new york Polaroid 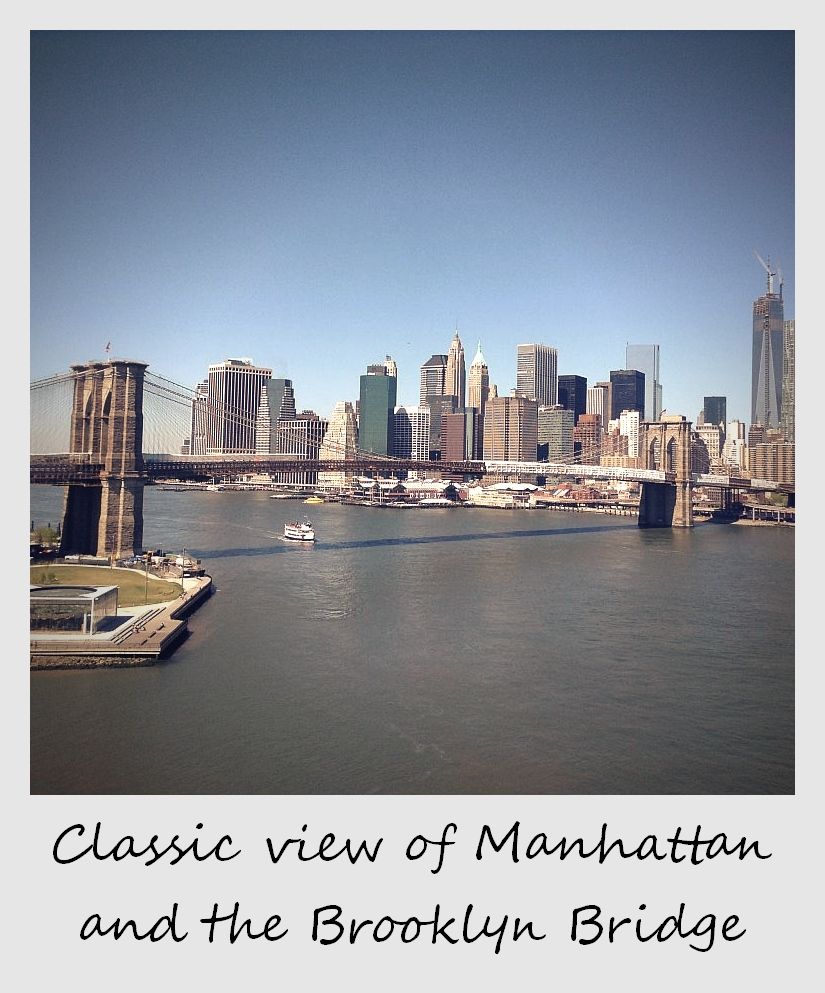 After months and months of hostels and 20+ hour bus rides, settling in our Brooklyn apartment has been nothing short of miraculous. We love the neighborhood, at least a dozen corner shops and supermarkets with anything we need, the cuddly cats…

The greatest thing about our housesit in New York, however, is that it gives us almost eight weeks to explore every buttery nook and cranny of the Big Apple and still have time to recover from the blinding speed of our tour through all of Chile, Argentina and Uruguay.

We’ve been to New York before, both times only for a few days and raced to fit in as many quintessential sights as possible. Not this time. Now, instead of making a trip to see the Brooklyn Bridge, I jog over it and back to Brooklyn via the Manhattan Bridge. Now, if we don’t get a good picture of the skyline at sunset, we just come back the next night and try again. Now, whenever we pass by a cafe restaurant, bagel shop or farmers market, it’s not just a part of the scenery of New York life – we can pop in any time and try it out ourselves sometime later that week.

Just a few weeks ago we were hiking through the driest desert in the world, short of breath from the altitude, strolling past pink flamingos on the salt flats, and now we stroll aimlessly through the neighborhoods of New York, we work at trendy cafes with delicious Flat Whites, eat breakfast at the diner on the corner and watch nannies pushing strollers, hipsters, bankers, students, delivery people and yes, some tourists, navigate the sidewalks and subways together. We could have never soaked up true New York life while lined up to hop a boat out to the Statue of Liberty or waiting for a trip up the Empire State building. This is just one reason of many why we love housesitting!