Welcome to our Hotel Tip of The Week series. Being on the road every day of the year means we stay at countless hotels along the way. For all the dingy, disappointing budget digs, there are as many budget accommodation gems. We post one hotel tip of the week, every week, of places we feel confident recommending after having tried and tested them ourselves.

I had this feeling of dread on the way to Valdivia that I just couldn’t shake. After a couple of rough sleeps and rainy days, I needed a hot shower, a good night’s rest and peace and quiet to get some work done. Traveling in the height of Chile’s vacation month, we had to book two nights in a dorm room – something we almost never do for plenty of reasons. Because we were coming off one of our worst-ever hostel experiences, I wasn’t expecting much better from this hostel in Valdivia.

Instead, what we got was a spacious, clean, well-run hostel experience at Hostal Bosque Nativo. Set just a few blocks from the river near most everything in this small city, the hostel is ranked number 1 of 19 specialty lodging on Tripadvisor for a good reason. 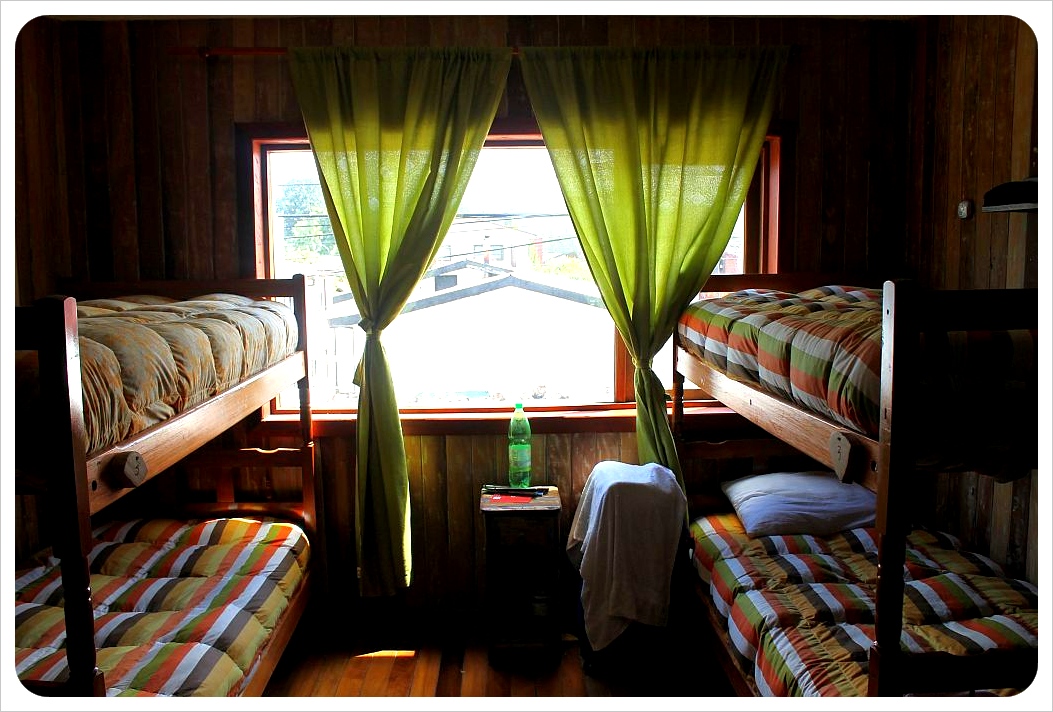 After signing in at reception, we were brought up a wide, wooden staircase to a large six-person dorm room that never felt cramped. The Wi-Fi was lightning fast, it was generally quiet enough for us to get work done and we both slept like rocks on the quality, comfortable mattresses. All the bunk beds were made out of sturdy wood, as are the doubles in all four private rooms and the bunks in the other 6-person and 8-person dorm. All rooms are named after a tree native to the area around Valdivia, as the name, Bosque Nativo, or native forest, would suggest. 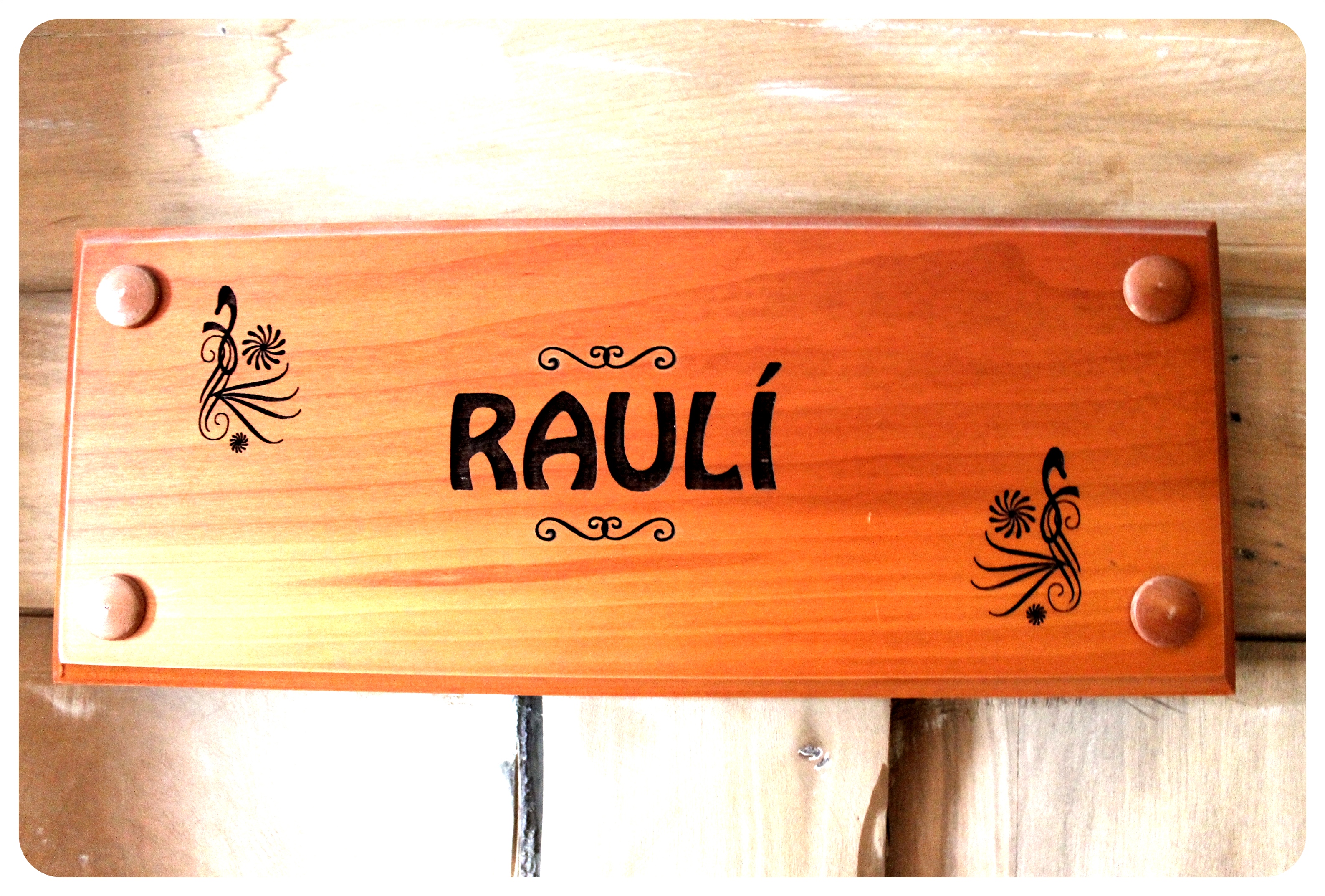 This is because the hostel is the revenue-generating arm of a nonprofit organization that works in the sustainable management of Chile’s native forests, an issue of significant importance in Valdivia, where forestry and wood pulp exportation are big business and threaten both the forests and the species of animals that live there. With such an important purpose, we felt like the message could have been translated through to the guests more, but the family who runs it doesn’t communicate much with the guests.

They do keep the place spic and span, though. Separated into ladies and men’s, each had two toilets and three showers that were super clean, if a bit cramped. In the morning, each room was assigned a table down in the dining area, where a typical Chilean breakfast of white toast, jam, marmalade and cake is laid out beforehand. Not a healthy breakfast that some eco-hostels prefer, but considering their relatively inexpensive rates ($20 per dorm bed, private rooms starting at $43 in high season), we weren’t expecting much else. 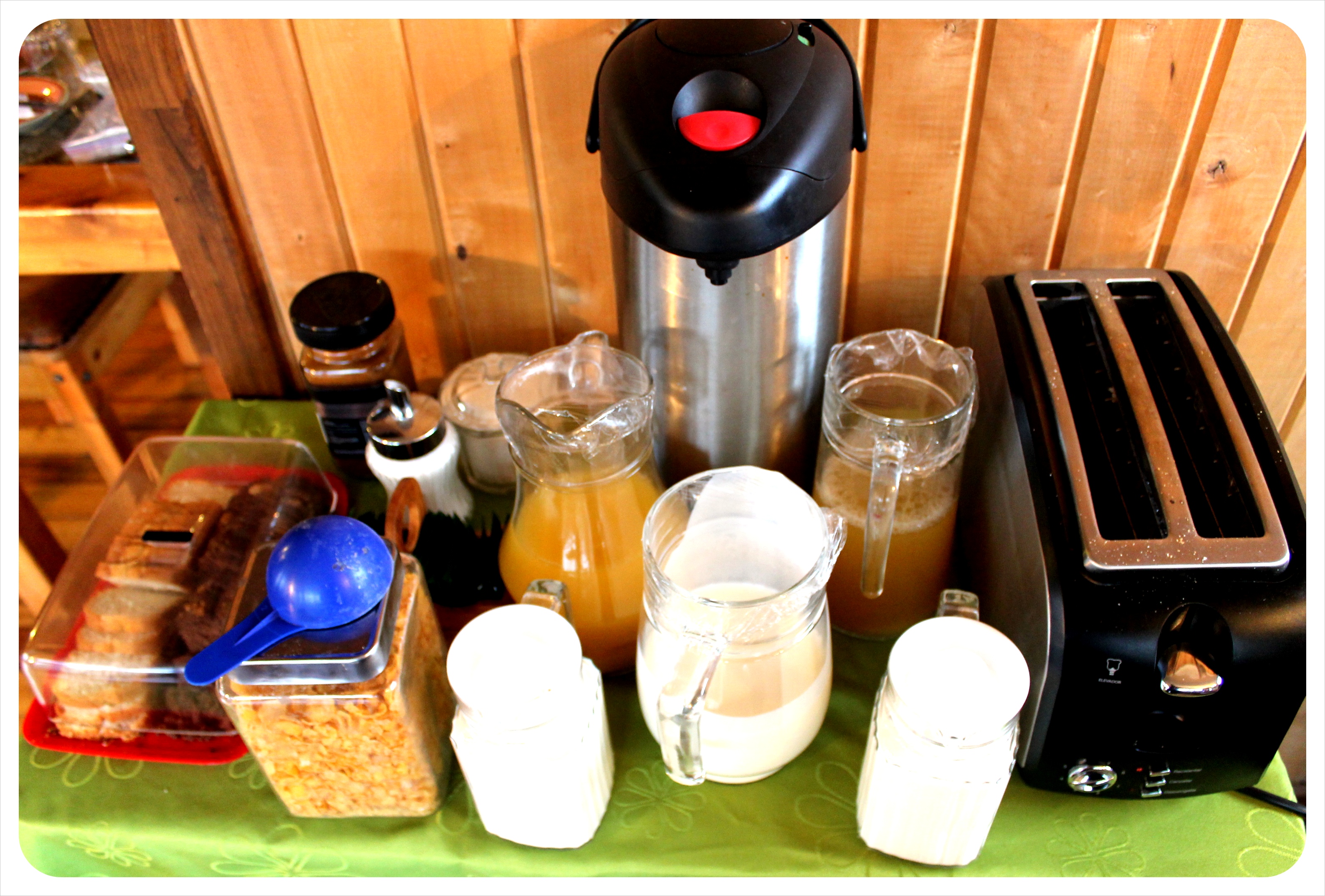 Off the dining area are the kitchen and also a cozy living room. The kitchen was very clean with plenty of plates, cutlery and enough pots and pans to make a good meal, though cutting boards were sorely missed. The living room has couches, a flat screen TV, a wood stove for chilly nights, plus books and magazines to read. It’s a good place to hang out and socialize. 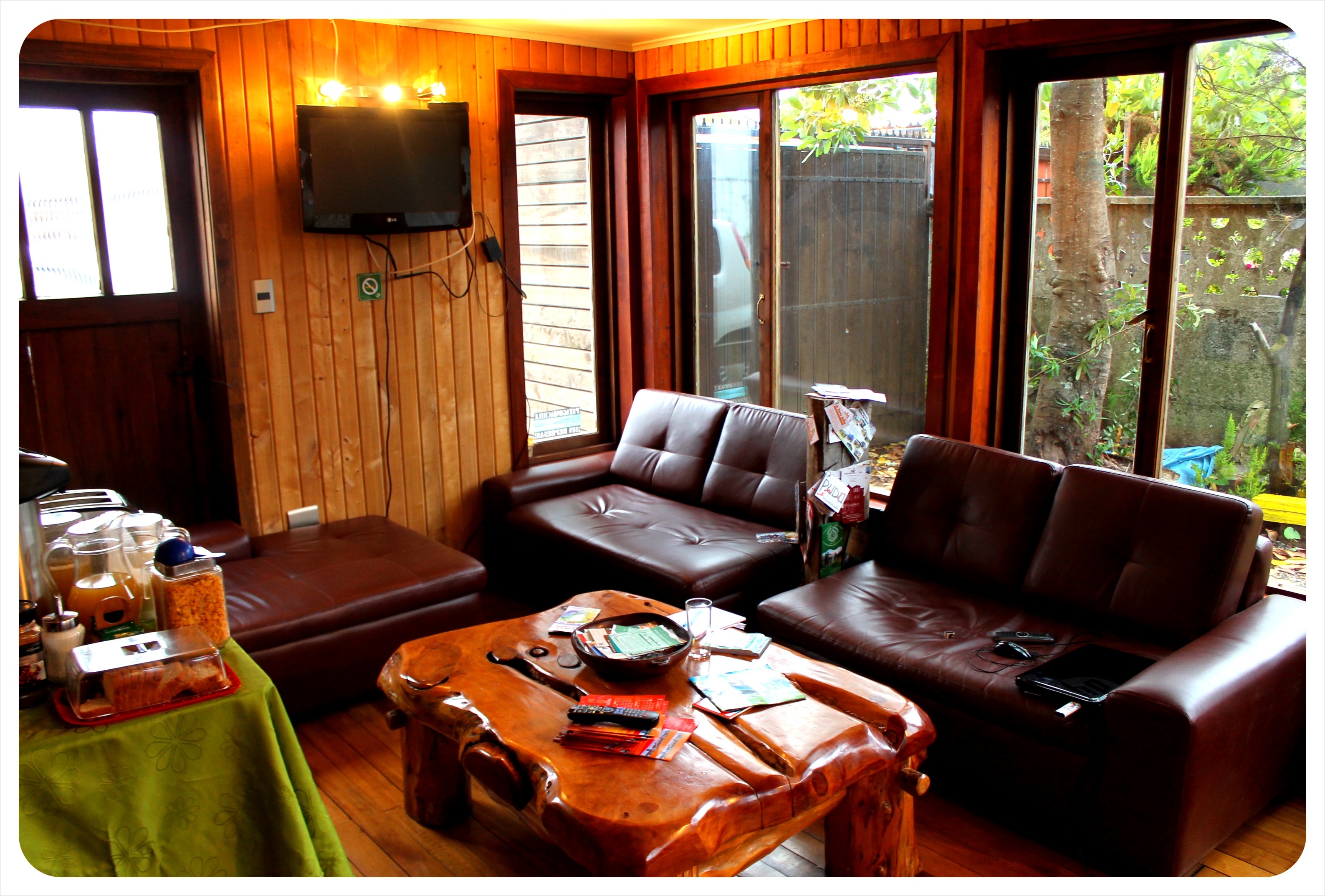 Taking into account that Chilean prices, especially during high season, are on par or  higher than in Europe or the U.S., the rates at Bosque Nativo are on the lower end of budget accommodation and hostels in Valdivia. What you get in return are hot showers, towels, breakfast, use of a clean, well-equipped kitchen, good wi-fi, dorms have big lockers for backpacks + locks, private rooms have cable TV, there is plenty of communal space, all set in a great location. 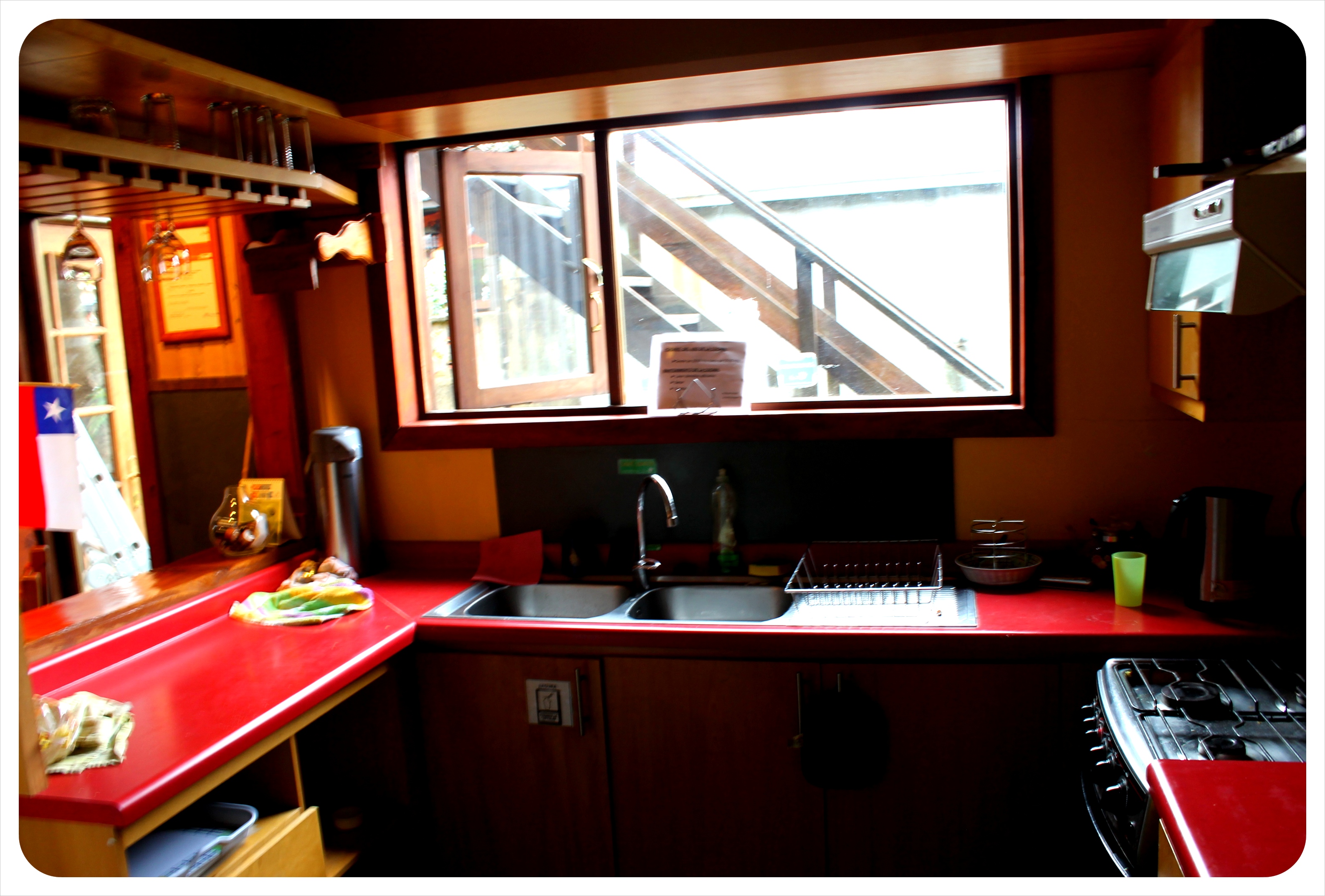 Everything in the hostel worked like clockwork, and there is nothing negative to say about the family running it at all. But they were not overly friendly, helpful or communicative. Breakfast was already laid out, so no one had to talk to us, and we really appreciate when we are given a map of the city and told a bit about what there is to do, but we were quickly checked in and shown to our rooms. When we left, we were asked for our keys without any question as to our next stop or mentions of bon voyage. This is a shame especially considering that this a clean, well-run eco-hostel that is part of such an important and interesting non-profit. 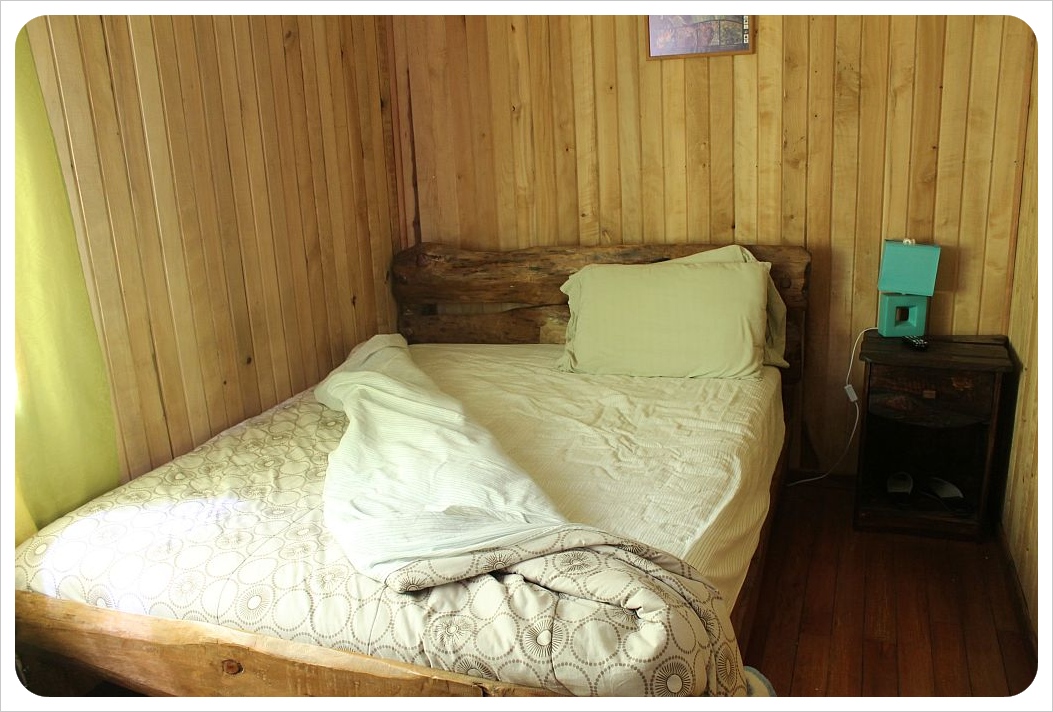 Impersonal staff aside, Bosque Nativo is a great option for a short stay in Valdivia. The clean, comfortable and cozy hostel is just a few blocks from the point where three major rivers meet in Valdivia, home to the famous fish market and spot where all the tour boats leave from. Plus, all city center restaurants, bars and grocery stores are within a 10-15 minute walk. 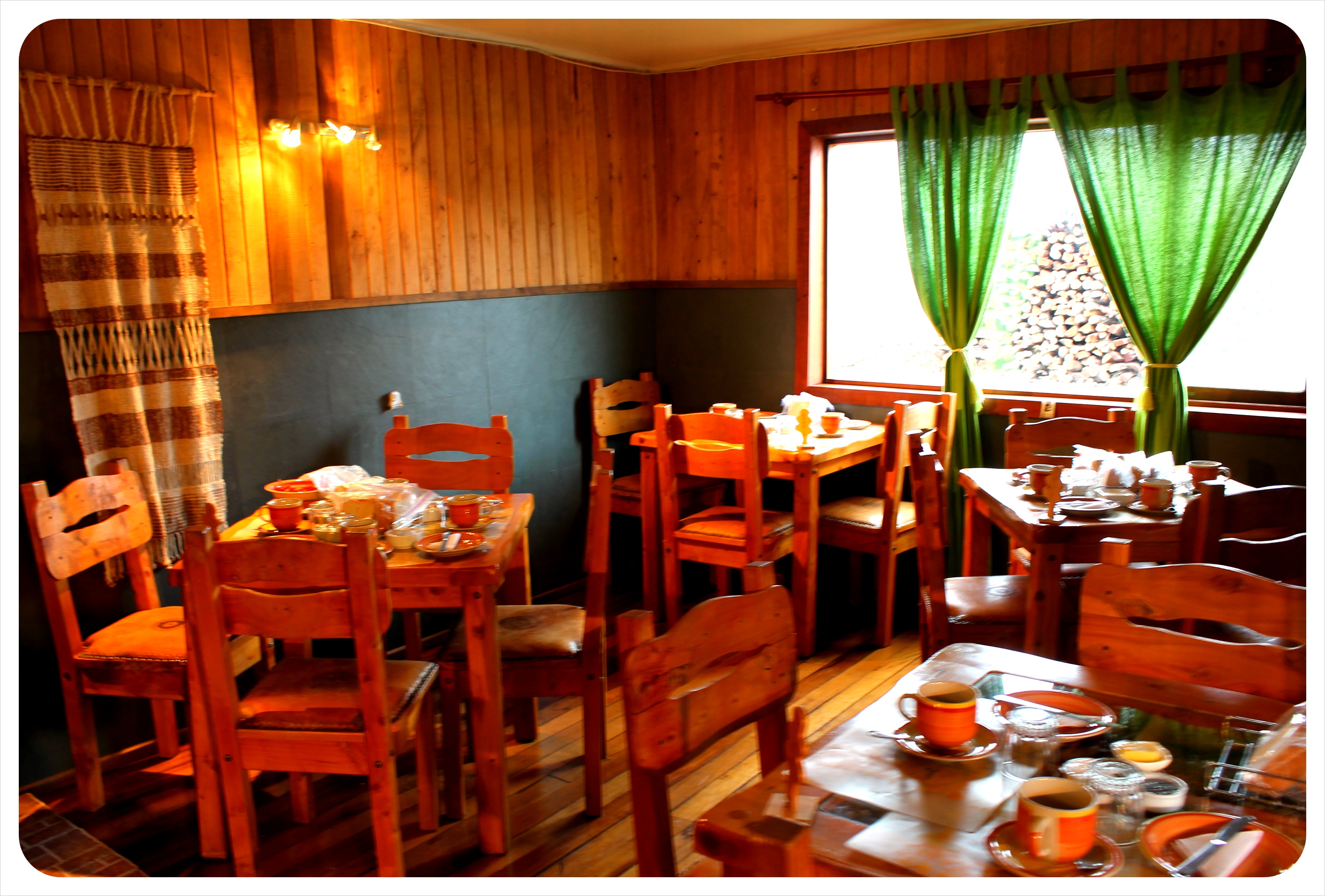 Cartagena – The Perfect Introduction To Colombia