The idea for this column came about a few months ago when Dani and I created a scene in Battambang, Cambodia. Even though everything went in our favor, neither of us felt very good about it.

After a treacherously long 22-hour journey from northern Thailand, we crossed the Cambodian border and arrived in Battambang late, tired, hungry, thirsty and grimy. At the hotel, a boy of 16 whisked our bags inside and as we tipped him, he presented us with his business card. Would we be interested in a tour of the countryside the next day? Knowing we would be too tired, we accepted his card just in case. On our way downstairs the next morning for a late breakfast, there he was again, his eyes sparkling. What about tomorrow, he asked? I trusted him instantly, based on instinct alone.

Some boys his age already act like men, with a flirtatious swagger and too much hair gel, but he seemed sweet, unassuming, and very much still a simple 16-year-old boy. Without much bargaining at all, I convinced Dani to agree to a countryside day tour for $25. 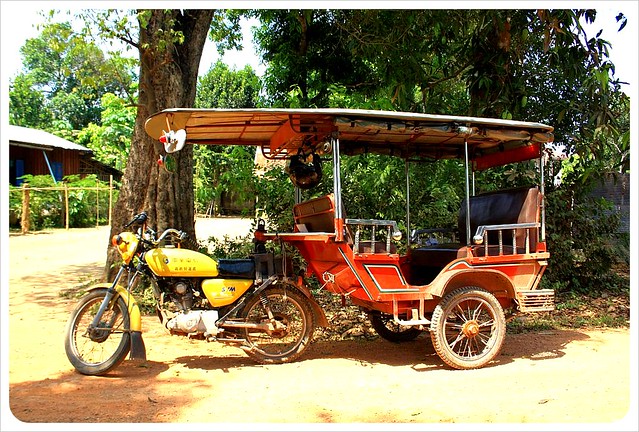 This is ‘the’ tour in Battambang. A tuk tuk driver takes visitors around to six sites throughout the countryside, some more interesting than others. Like many provincial cities like this, there are dozens of drivers laying around in the their tuk-tuks ready to take tourists at any time. Normally we walk around and gauge the price of this tour based on offers from various drivers and finally accept one with the right price. We quickly found out that the going rate for the tour we just booked was $15, not $25.

We had to hand it to the kid – he was smart. He got us before we had even been out in town and squeezed $10 extra out of us. This might not seem like a lot but in Battambang, Cambodia ten dollars is easily like 50 or 60 extra dollars for a cab ride back home.

We broke our bargaining rules

Despite having gone against our own bargaining rules, I was disappointed at having blindly trusted him. The next morning we tried to re-work our price, and he was instantly fuming and as disappointed in us as I was in him. Within minutes, a circle of people had surrounded us, high-pitched fast-paced talking in Khmer, the boy’s face red under his baseball cap, smoke practically shooting out of his ears. The hotel owner came down, assessed the situation and, taking the side of the driver over his guest, told us in English that the price was $25. After more colorful sounding sentences back and forth, he agreed to $15, but pouted for the first hour.

I have felt guilty about this ever since, but not because of the money. Paying fifteen was more than enough for the tour, and his tuk-tuk was in terrible shape. We could have ridden in a batmobile for the same price. 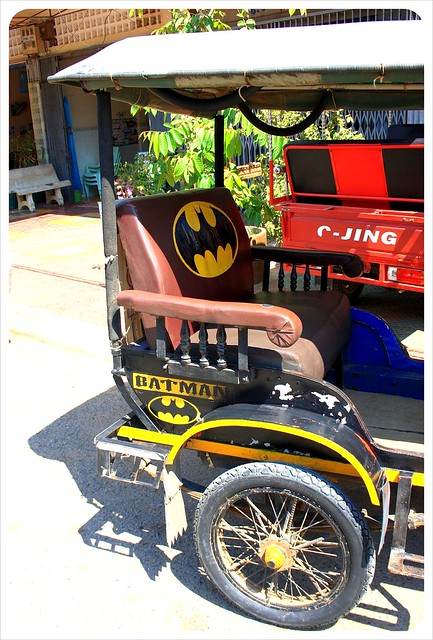 Gimme the sticker price so I can get outta here

The guilt comes from knowing that we should have known better. Had we followed the rules to bargaining, the day would have been all smiles for $15. This is when we were reminded that this is exactly the type of situation gone pear-shaped that keep many travelers from ever wanting to bargain at all. In fact, so many foreigners choose not to bargain at all, ever. But just what is it about bargaining that makes Europeans and North Americans feel so nervous and uncomfortable?

In countries where it is the norm, bargaining serves as a social oil. gets people talking to each other. It is no coincidence that these are also usually collectivist cultures, or cultures that focus on the needs of the group as a whole over the importance of the individual.

Like Dani and I, many travelers arriving to these collectivist cultures come from an individualist culture, where an individual’s needs are more important than the group. Thus, the emphasis is not on the relationship between the buyer and seller, but just covering your own back and getting the best deal possible.

We do dabble in bargaining, but because the vocabulary used is to ‘put down an offer’ on a house or car, it seems entirely different and 0n a daily basis, however, our cultures operate on the idea that time is money. We want the price up front, on a sticker.

Bargaining for everything from a new shirt or bracelet to cucumbers or even a hotel room is much more foreign of a concept. This makes for a lot of opportunity for ‘failure’ or frustration on the part of someone who doesn’t understand that bargaining is an art, and can enjoyable one at that.

Bargaining is all in a day’s work: no hard feelings

In fact, doesn’t bargaining allow us to experience the true culture of a place and interact with locals in a way that simple sightseeing never will?

I have often wondered if tourists dislike of bargaining comes from some sort of post-imperialist guilt, whereby on a subconscious level tourists from Western countries feel guilty about having so much more than the people they are bargaining with? As if they and their culture played some sort of role in the level of poverty of certain nations? When these pennies or a few dollars make no difference to the buyer, but a substantial one for the seller, does this evoke feelings of shame for the buyers?

Whether or not this is true, which I readily admit I may be far off the mark there, there is an additional sentiment of anger, or frustration, which bubbles underneath surface at the thought of getting ripped off at all.

The taxi driver will start at $5 even if the price is 50 cents, and if you agree to that, it’s a great day for him. If you get him down to the right price, fair is fair and he will say hop in, no hard feelings.

There are times where guilt can creep in to the equation. In a post on his website, Nomadic Matt relates a story about just handing a vendor $30 while in Bangkok. Uninterested in purchasing any of his pitiful trinkets, Matt could not help but hear the desperation in his voice each day as he walked by. The man needed to eat, and rather than beg, had been entrepreneurial about it. So eventually he just gave him money.

We have had similar experiences, most notably in Guatemala, a country with a strong market culture and enough handmade Mayan handicrafts to fill them all. Dani really cut her teeth here on her way to becoming a bargaining expert and got some amazing deals that were fair to both the buyer and seller. However, other times, some of the ladies were practically giving things away, and we felt this was just to have the cash to feed the family that day. 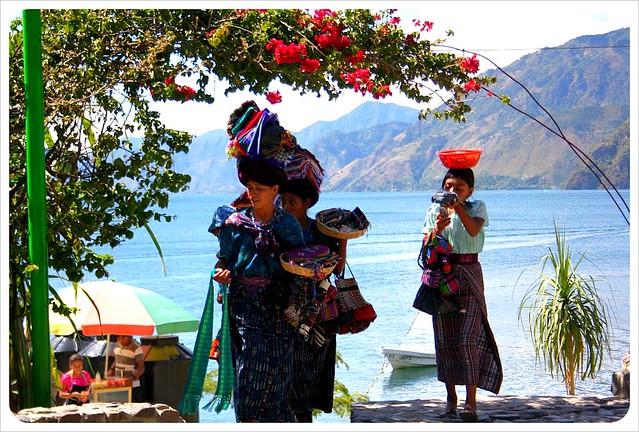 These situations are entirely different to the normal everyday commerce that takes place around the world between buyers and sellers, both local and foreign. In these situations, if the price is too low, the seller will just walk or say no. Case closed. The guilt should not be a part of the equation – unless you break the rules, as I did with the boy from Battambang.

I guess what I wonder is why some people feel so uncomfortable with bargaining, while others jump right in and name their price. Is it guilt? Insecurity? And is it lazy for travelers NOT to engage in such an essential part of many cultures?

If you feel unsure about bargaining, too, make sure to read our rules on how to bargain with success.

Tags : Travel ReflectionsWhat I Wonder When I Wander
previous article