Cambodia Polaroid of the Week by Dani on April 19, 2012 8 comments Polaroid 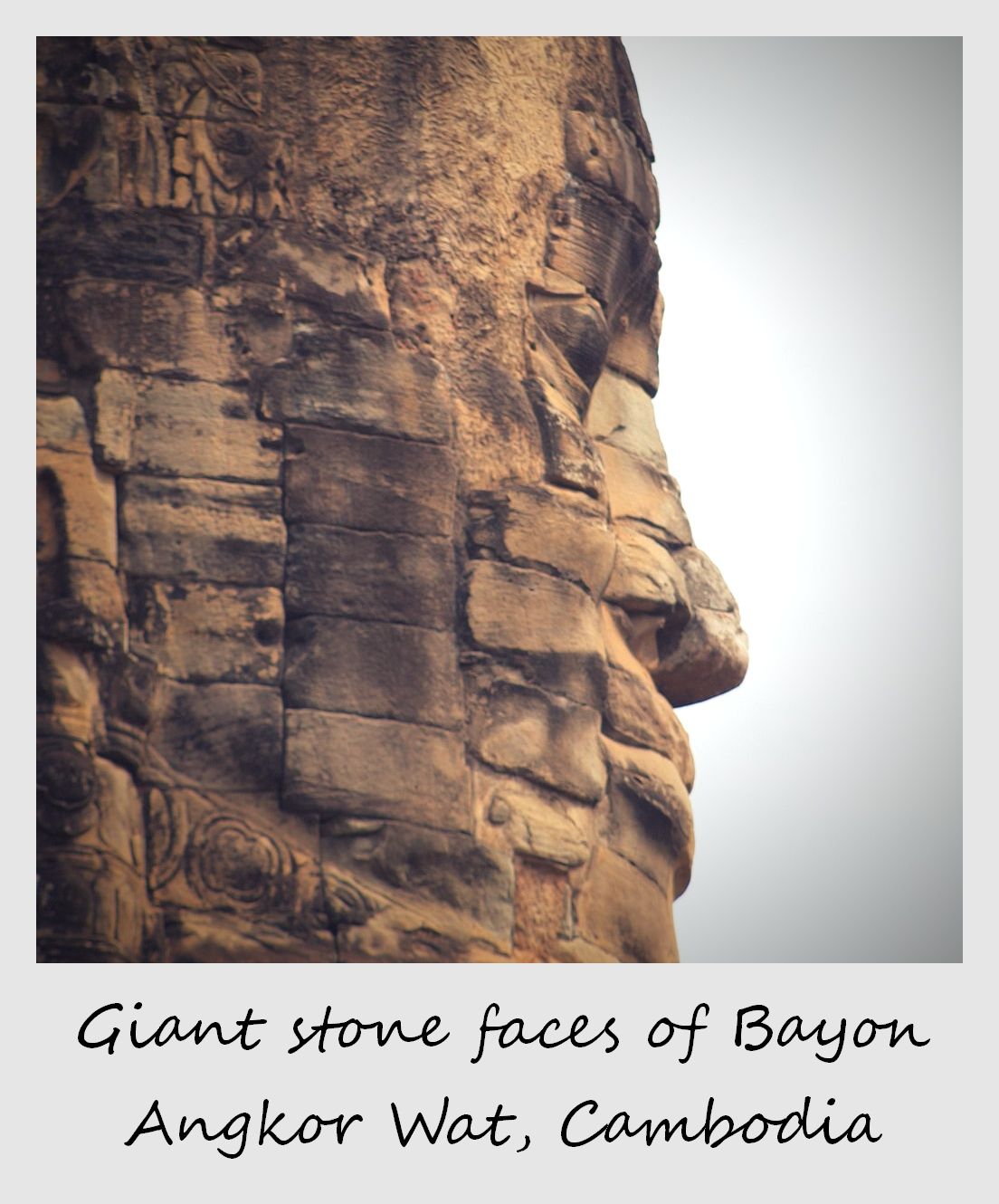 Visiting Angkor Wat had been on the bucket list and last week, it finally happened. After almost six months in South East Asia, we arrived in Siem Reap, the city used as a base for a visit to the famous ruins of the seat of the former Khmer Kingdom. We met up with our friends Shannon and Anna and joined them for the Angkor Adventure with Urban Adventures, a tour that introduced us to the three main temples: 1) Angkor Wat, the best preserved and most significant temple complex, 2) Ta Phrom, the beautiful jungle temple that was made famous through the movie Tomb Raider, and 3) Angkor Thom, home of the famous Bayon temple.

54 towers cluster around one central peak here at Bayon. Each tower has four of these massive stone faces as seen above – meaning over one relatively small space, there are 216 of these perfectly formed faces in total! Seeing the world’s biggest religious site was just as amazing as we had imagined it and all the different temples that we visited in Angkor left us in awe.

How to Apply for an EVUS