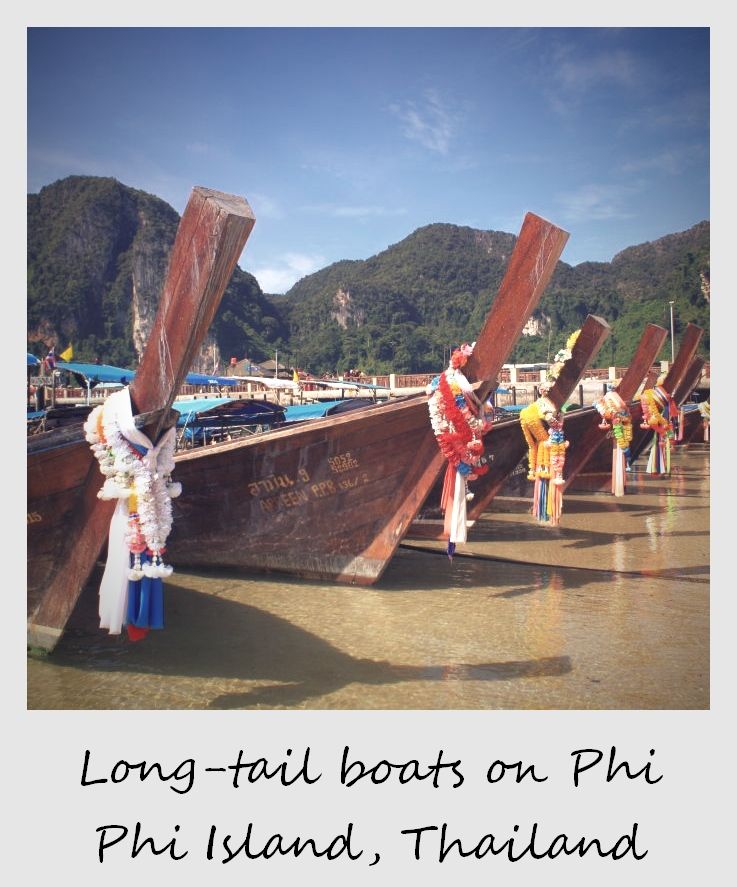 This image of dozens of long-tailed boats lined up in Phi Phi’s Ton Sai Bay could inspire the feeling of an idyllic paradise – a secret cove, home to only a few families of fishermen, fifty years ago. This is a far cry from the overcrowded tourist destination that all of Phi Phi has become, however.

Get up early. When most tourists are still hard at work in their sleep burning off their blood alcohol content from partying all night in the former fisherman huts long-since converted into bars, you can spot those calming moments when the fishermen head out in their long tail boats to catch the island’s fish.

Long tail boats are powered by second-hand car engines with a long propeller connected that extends out several feet into the water, like a tail. The engines can be quite an eye-sore, but most attention is drawn to the front of the boat, decorated with colorful ribbons, garlands of flowers and scarves to protect the boat on their journeys and to bring good luck.

Even though these traditional fishing villages become more and more extinct, the long-tail boats remain a common means of transportation in South East Asia, whether on the canals of Bangkok, on the islands in the Andaman Sea or on the Mekong river in Laos.

A little piece of Europe: 24 hours in Quebec City