The costs of traveling in Italy are right in the middle of the pack in terms of European travel, but the idea of luxurious villas and indulgent food and wine in Tuscany tends to scare off  budget travelers. However, with just a little clever pre-planning, travelers in any budget range can discover this beautiful region on a shoestring, without sacrificing any of the indulgence that makes Tuscany a must-visit destination. 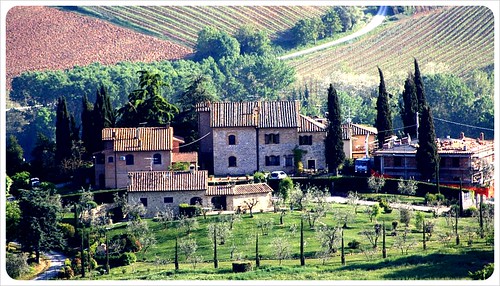 If you travel from the U.S. or from Northern Europe, avoid the temptation to fly right in to Florence. Airlines do not run as many deals to Florence airports as they do to major traffic hubs like Rome’s Fiumicino Airport, three hours form Florence or Milan’s airports which can be reached in under four hours. Car rentals are considerably cheaper from  outlets in major Italian cities than in Florence as well.

You might even consider looking into flights further afield by flying into airport hubs in neighboring countries and then hopping over to Florence, or better still, Pisa with one of Europe’s great no frills airlines. Check flights with Ryanair, Easyjet or German Wings.

A trip to Tuscany can be the ultimate romantic getaway, but why not get a group of friends or the extended family together for the trip? This is not only a fun escape, but also a way to divide your costs even further. A rental car can run around €24 per day, split between four this is roughly €6 per person per day for transportation. Gas, pizzas and bottles of wine can also be shared, as can accommodation. The ultimate way to stay in Italy is to rent a rural villa for a week or more, which can be a more economical choice over hotels even for couples. Split between four or more people, however, the cost of staying in your own private Italian villa can dip to $20 per person per night and in the off season even less. 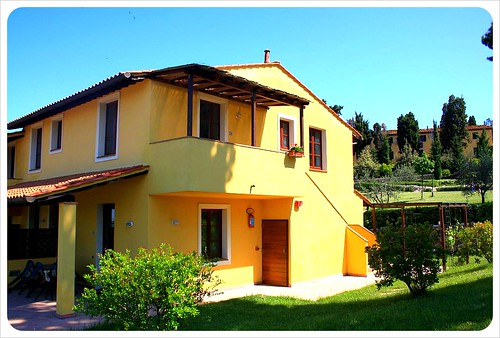 3. Hey, this is Europe…what about public transportation?

There is plenty of public transportation, and certainly an option, but renting a car affords you the freedom to tour through the various Tuscan villages at your leisure and is easier for day trips. If you can share costs as we recommend above, even better. Since prices at the big car rental companies like Hertz, Budget or Avis looked too high, I checked out different car hire comparison sites. This is the way we found the best rental car deal through a site we had never used before, Argusrentals.com, for a low-priced Avis rental car.

Public transport definitely has its own set of advantages, however, the first being the cost. Public transport is cheaper than renting a car, and a good majority of Tuscan cities and towns are connected by trains and buses, which leave regularly from main stations and cost only a few Euros for short distances. If you are a solo traveler, or making mostly one way trips through the region, train travel is definitely the cheaper option.

Train travel is very cheap in Italy, if you book in advance online. Book your tickets directly on the Trenitalia website which has a user-friendly English-language booking system. The other option is to buy your ticket at one of the easy ticket machines in the train station, which also have an English speaking menu and discounted tickets for purchases made 2-3 days in advance. Trains from Pisa to Lucca cost €2.50, from Pisa to Florence €5.90, and from Florence to Poggibonsi (for San Gimignano) are €5.30.

The other benefit to public transport is that everyone can sample the wine! Tuscany is all about the wine, and with the responsibility of the rental car comes the role of the designated driver, whereas with the train, everyone can partake. 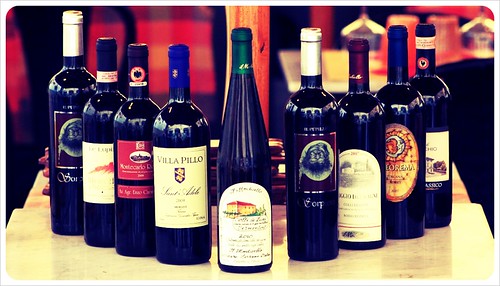 Far from a bling budget-breaker reserved for rappers or movie stars, renting a villa in Tuscany is simply a smart travel choice. Hostels in Italy are expensive, and even a bed in a dorm room will cost €20 – €30 per night. If you are traveling in a group, booking a villa or holiday apartment will work out cheaper every time. Whether you rent a villa or a holiday apartment – your group will have a private, economical stay for as little as €15 per person per night in the low season. In the high season, visitors to Tuscany will have to be ready to shell out more cash, but if you book a villa far enough in advance, you will still pay less than in hotels or even hostels unless you are traveling entirely alone.

There are very few hostels that charge less than €20 for a dorm bed (€15 if you are lucky), but make sure to reserve a bed in advance, as these wallet-friendly hostel options book up quickly, especially in the summer.

5. Stay away in the summer

Speaking of summer, avoid traveling to Italy in the summer at all costs if you are sticking to a tight budget. Nearly all of northern Europe emigrates to Italy during the school vacation season, and this mass exodus causes prices to skyrocket. We stayed at Belmonte Vacanze in May, and had we stayed in July it would have been nearly double the price. Aside from the high prices, most of Italy is pretty hot during the summer. Why not spend time in spring when the weather is still fresh and flora is in full bloom, or in September when the Mediterranean Sea has warmed up over the summer months to a perfect swimming temperature.  The best part about off-season travel to Italy is that you avoid the crowds. We had the town of Barga almost entirely to ourselves in May. 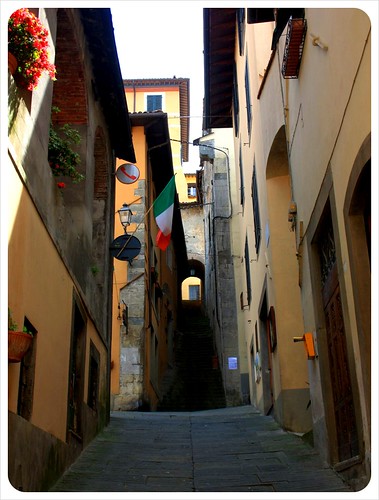 That’s right. You can drink bucket-loads of the best Italian wines like Chianti, Montepulciano and Pinot Grigio. These wines are produced locally and are ridiculously affordable, available in stores for between €2-€5 per bottle. So pack your corkscrew and get ready to enjoy inexpensive wines at the beach, on a picnic, or in your villa. Even when eating in a restaurant, a half bottle of house wine costs as little as €2.50, while a full bottle, at up to €6, costs the same as two glasses of beer – so why not!

If you have a car, stop at the wineries around Tuscany, where you can fill up your own containers for €0.50 to €0.75 per liter – larger than the average bottle of wine! For olive oil fans, the same cheap fill-ups can be found in olive orchards throughout Tuscany as well.

Much of the tourism in Tuscany is food-related, and with a bit of hunting you can eat on the cheap, but if you’ve got a kitchen where you are staying, cooking will save you cash. Stop in at the market and pick up great pasta, sauce  and fresh Italian bread (and a lot of that wine we mentioned) and whip up a homemade meal for the whole group for under €10.

You can easily shop at the countless quaint village shops, but if you are looking for the best deals, search out the large big box supermarkets on the edge of town. They have an endless amount of fun new foods to try, plus this is where the locals really shop,which means prices are much cheaper than the delicatessens in town which target tourists. 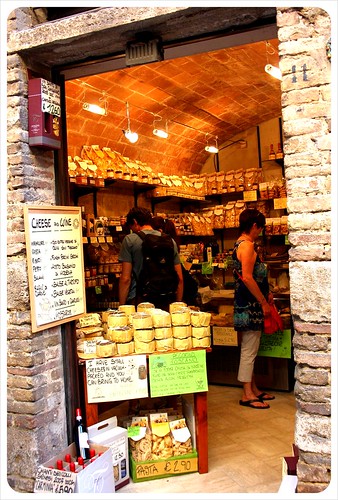 8. Find where the locals eat

This advice goes for travel anywhere, but especially in Italy. We had been packing in pizza nearly everyday and had no complaints, regardless where we picked it up. However, when we were exploring Siena, we walked past a hole-in-the-wall with no sign and a line of at least twenty locals – school children in uniform and office workers on their lunch breaks. We snuck in line and picked up two giant slices of the best pizza ever and a drink for $3.50. The same goes for gelato. If you develop a gelato vice like we did, you’ll want to find deals, as it can be a pricey addiction. A cone of gelato near the famous Ponte Vecchio in Florence runs at €3.20, but just a few streets further west, the same portion of creamy gelato goodness costs less than €2 for the same size portion.

Visitors to Tuscany can easily get swept up in the indulgent food and gorgeous views, and combining the two might make sense, but you’ll save an entire ATM withdrawal’s worth of cash if you choose not to dine at the pizzeria with views of the Cathedral in Florence or in a main square in Siena. The further from the crowds, the cheaper the food gets. You should be able to find a large Margherita pizza for €4.50, but you’ll almost never see one in the city center for under €11.

Known for its coffee culture, Italy has over 110,000 espresso bars and Italians drink over 70 million espressos each year. So immerse yourself in true Italian culture by ordering an espresso, which normally costs €0.55 and is never more than €0.90. You pay the same price for a ‘Macchiato’, an espresso topped with foamed milk, while a cappuccino is usually between €0.90 and €1.10. Many espresso bars charge less when you drink your coffee standing at the bar, like the locals do, so forgo table service while you recharge your caffeine levels. 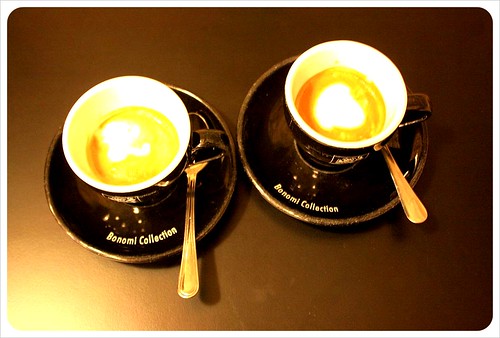 Unless you are in a major hurry, smart travelers to Tuscany should avoid the Italian highways, called ‘autostradas’. The roads are incredibly well-maintained and efficient, but that comes at a premium. Highway tolls can add up quickly. The one-hour ride  between Florence and Lucca costs more than €7, and the four hour trip between Lucca and Milan up to €25 one way! The country roads, on the other hand, are free of charge and many run roughly parallel to the highways. When the roads do twist and turn, you’ll get the chance to pass through lesser known Tuscan villages, and you can stop wherever you want rather than speeding past on the highway. Tip: There is one major fast road in Tuscany that you can use for free: the FI-PI-LI, a highway connecting Florence, Pisa and Livorno. 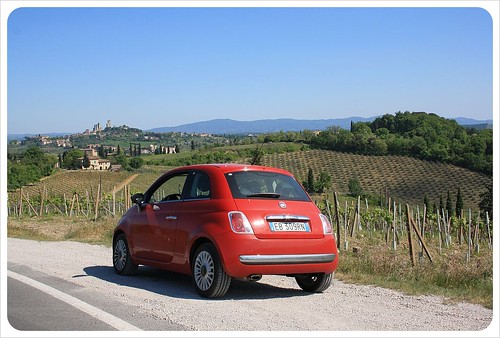 Have you traveled Tuscany on a shoestring? Please feel free to add advice in the comments below! 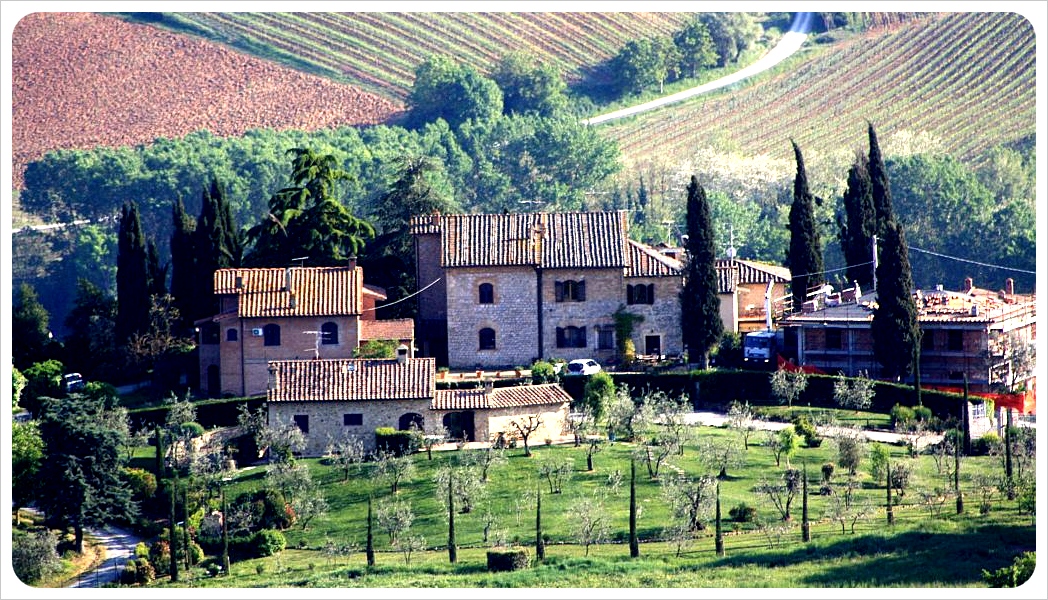