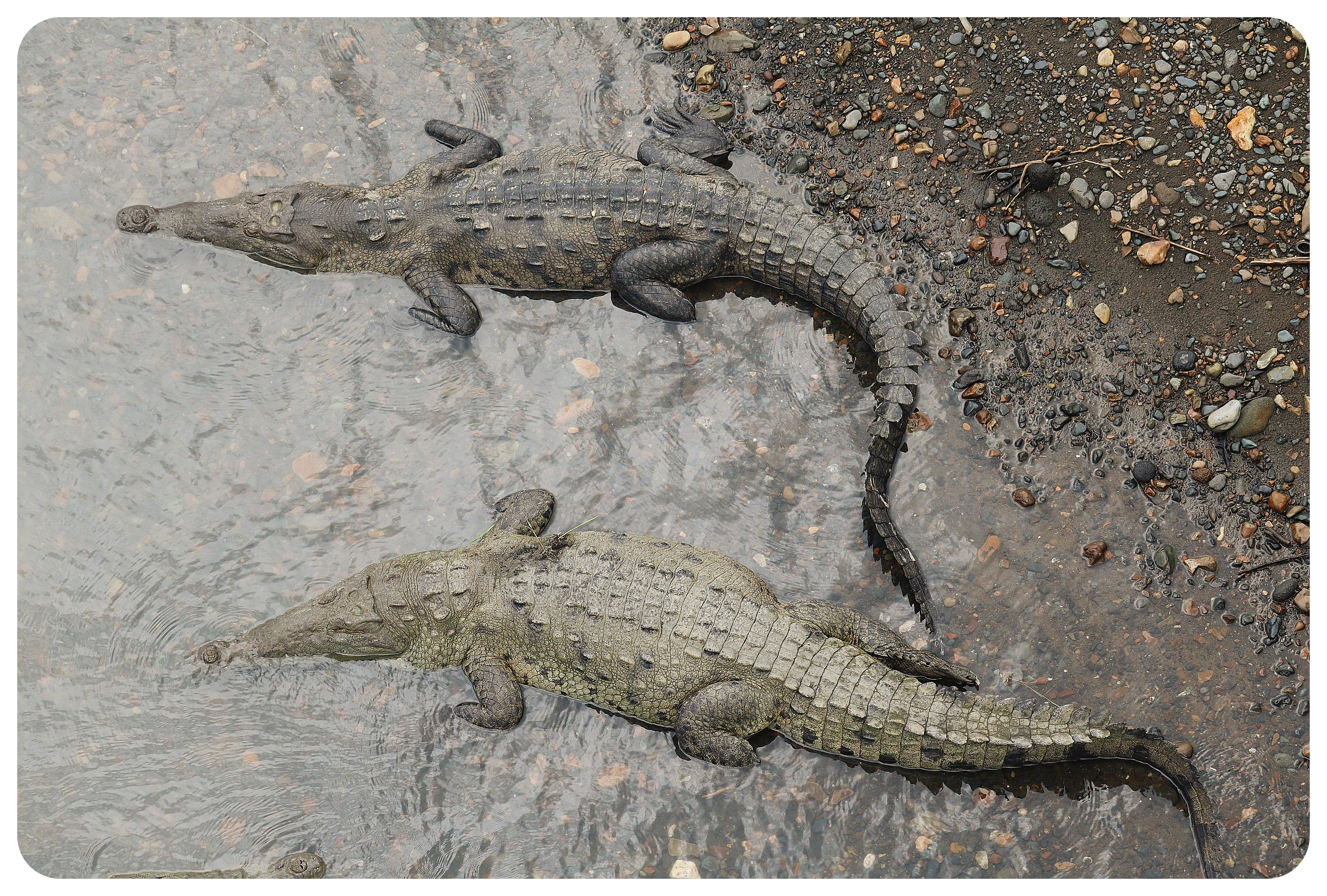 We have seen ‘exotic’ wildlife in every Central American country, but not in the abundance we had imagined – a few snakes in Mexico, the sea life in Belize, some howler monkeys in Guatemala, a few macaws in Honduras, a bunch of spider monkeys in Nicaragua. But once we crossed the border to Costa Rica, our wildlife sightings increased instantly. In every place we visited, the mountains of Monteverde, the beaches of the Caribbean or Manuel Antonio on the Pacific coast, we spotted sloths, coatis, huge Golden Orb spiders, frogs, colorful crabs, snakes and bright Blue Morpho butterflies, tiny hummingbirds and huge iguanas. The wildlife in Costa Rica is unrivaled.

Here is a selection of our wildlife photos from our time in Costa Rica, and scroll down to the end for our top five spots to see wildlife in Costa Rica: 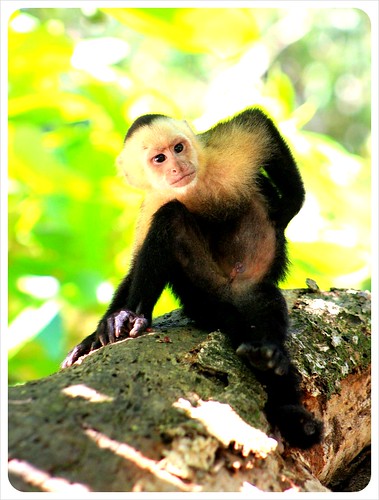 The monkeys in Manuel Antonio were the cheekiest in all of Costa Rica. They ignored the tourists…

and spent a lot of time just hanging around… 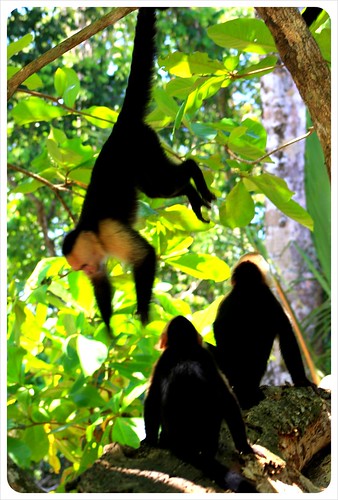 In Manuel Antonio we also spotted some sloths sleeping high up in the trees: 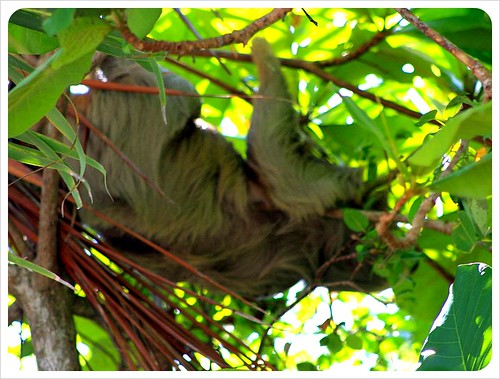 … but in Monteverde we didn’t even need to search – one just lived across from our hostel in the trees by the road and used the electricity wires as a shortcut on the way home: 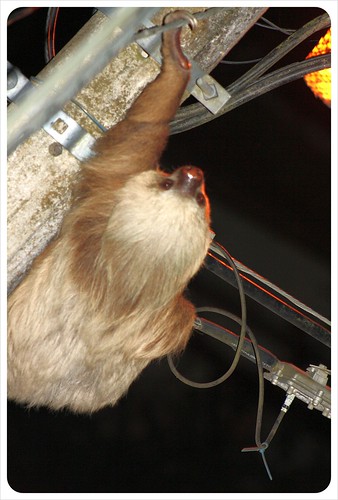 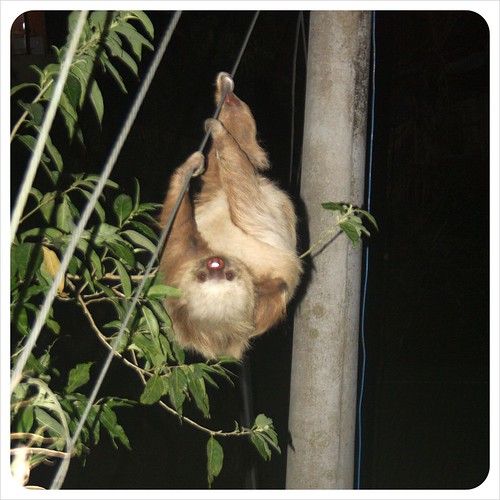 In Monteverde, we also ‘met’ a curious coati (anteater) in the woods: 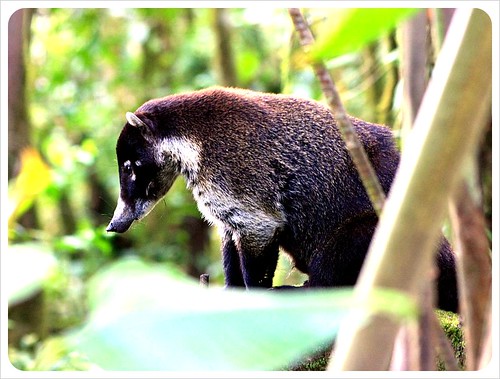 Costa Rica is also known for its great variety of butterflies, especially the Blue Morpho, but also colorful ones like this: 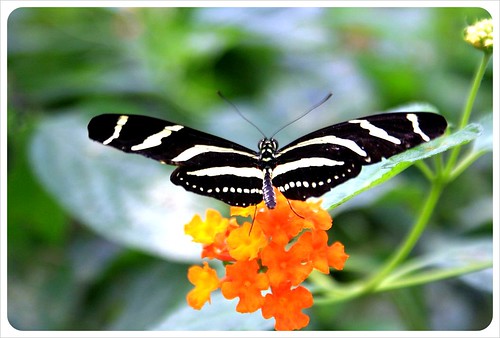 We saw several snakes during our stay in Costa Rica – can you spot this tiny green snake in this picture? 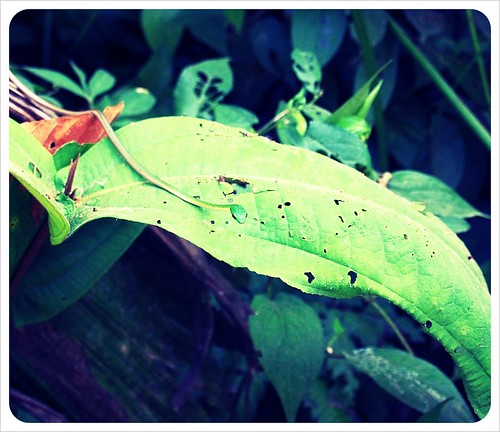 The crabs we saw in Cahuita on Costa Rica’s Caribbean coast were the most colorful ones we’ve ever seen anywhere: 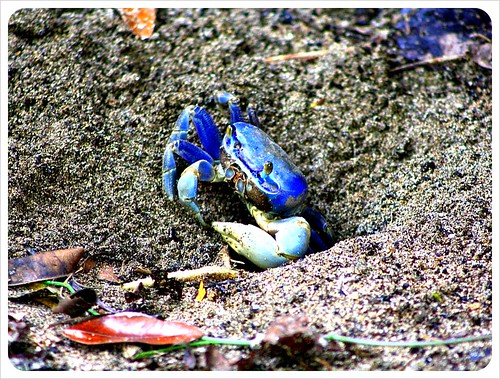 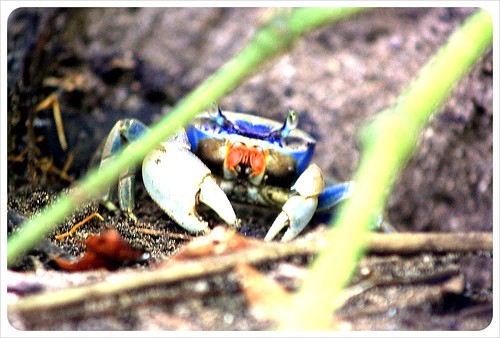 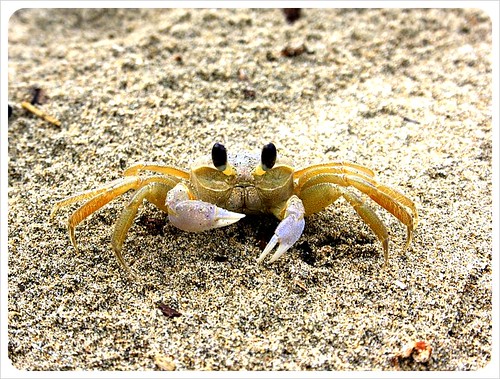 Near the village of Manzanillo we saw hundreds of huge Golden Orb spiders sitting in their webs: 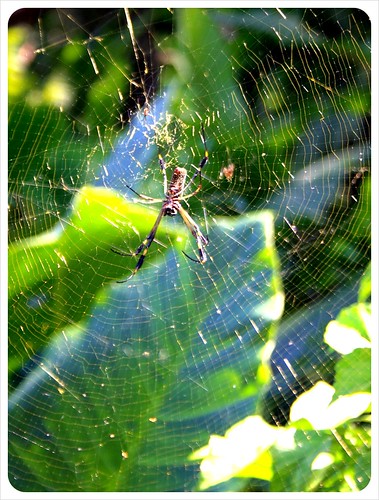 In Monteverde, the spiders were living in the ground – you will see lots of tarantula nests: 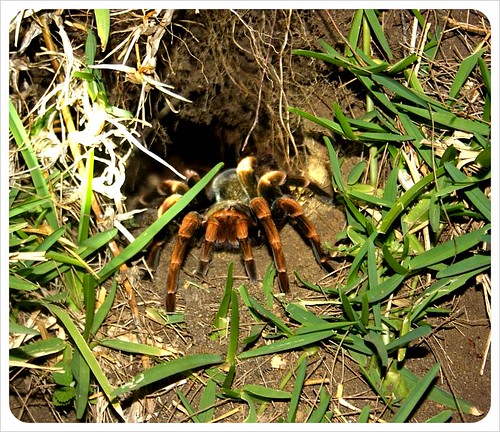 This iguana enjoyed the views of the Pacific ocean: 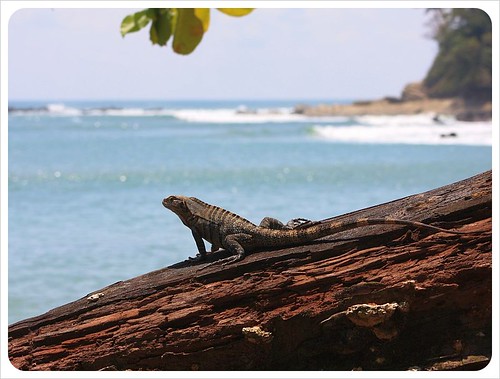 …while this big iguana hung out at the beach: 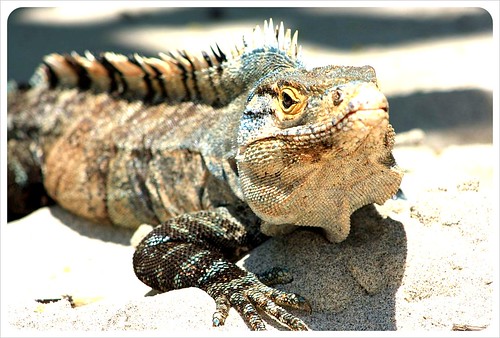 Costa Rica is also a birdwatchers’ paradise, being home to rare species such as the blue crowned mot mot: 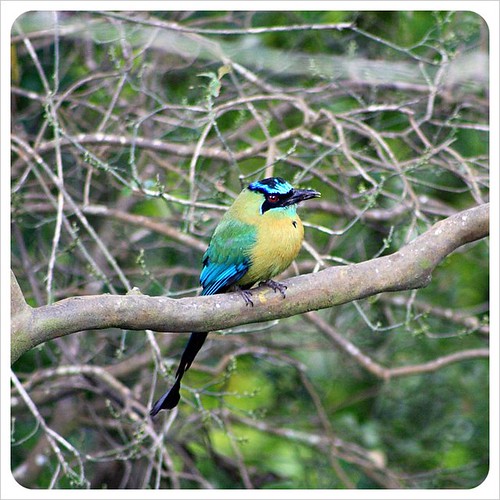 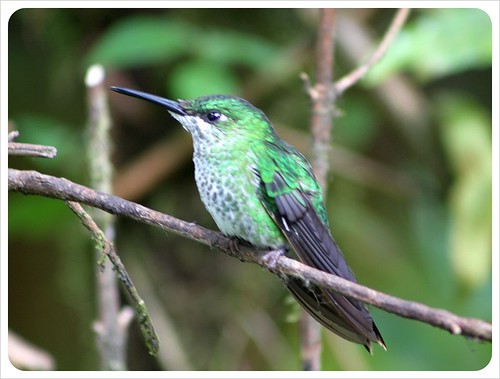 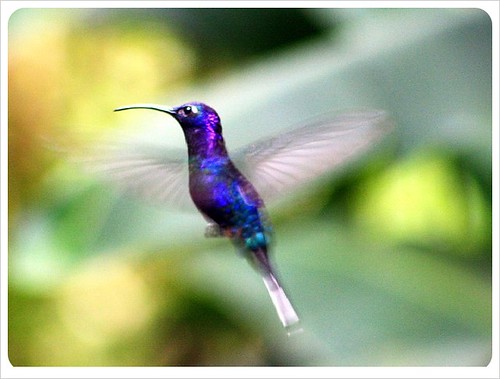 Raccoons might be less exotic, but still extremely cute! 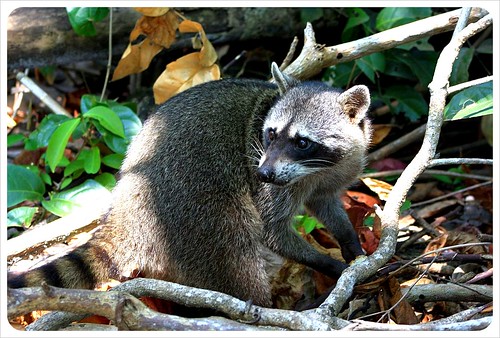 The best places to see wildlife in Costa Rica: