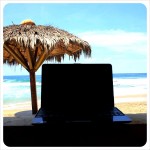 On the top of our priority list for before setting off on our round the world trip was the purchase of a top-notch netbook. At the time of our purchase, the choice of netbook over laptop was clear. That was before the iPad landed.

However, despite a few geeky twinges of initial iPad envy, there is no question that the netbook is by far the best choice for a Globetrotter Girl.

Advantages of a netbook over a laptop or iPad tablet

For backpackers and business travellers alike, every extra ounce of weight counts. The netbook is lightweight (2.9lbs) and small (1.4 inches). The iPad is only 1.5 lbs, but extra keyboard is required (see point 7).

We bought 2 Asus netbooks from Best Buy for less than $700. including taxes and Geek Squad insurance, which includes one new battery each within 2 years. An iPad starts at $500, and can hit $800-$900 for a 64GB device. The extra games and goodies tend to cost as well – from iTunes to eBooks, making the actual price of the iPad much higher.

This is where Asus was the clear winner over all other netbooks. The 9.5 hour battery life (compared to Dell’s 4 hours) is no joke. As long as it’s fully charged, we can spend an entire afternoon at a café and not worry about plugging in. This is especially relevant for travel in lesser developed areas who will not have built their cafes around the needs of the hi-tech nomadic types. The iPad also boasts a 10 hour battery life, an absolute advantage over some other netbook brands out there.

not have USB ports, meaning that all new content needs to be downloaded from the web or through a cable connected to your ‘real’ computer. Essentially, without USB ports to easily transfer documents, music and video, the iPad remains a secondary device rather than a stand-alone travel companion. With the iPad we would have no real way of transferring video from our Kodak zi8 HD camcorder onto our devices and eventually onto Youtube, for example.

Asus makes the motherboards for all Apple and Sony Vaio products. This means that iPad (and iPhone) users are getting Asus hardware with an Apple operating system.  Oddly enough, while the iPhone 4 allows multitasking, the brand new shiny iPad is using the older operating system, which makes the iPad a one-task-at-a-time device.

With the netbook, we have multiple web-browsers open with several tabs, plus text documents and image editing software, just like on any laptop (though open too many and the netbook slows down considerably due to limited RAM and memory). I can’t imagine writing a blog post in a document and having to exit out to go online to find a website to hyperlink.

However, when working on too many images or with Word, Firefox, Excel, Photoshop and Skype running all at once, the netbook is definitely slower than a laptop.

This makes the choice of a netbook over an iPad a simple one. Netbooks have keyboards, the iPad doesn’t. For someone who writes thousands of words a day for Globetrottergirls posts and travel articles, doing without a keyboard is not an option, especially when considering how many mistakes I still make with my iPhone when texting. The iPad has a $70 keyboard, but now you are lugging around a 1.5lb tablet and a keyboard. No thanks.

There is something poignant about finishing an article or a post, hitting save, and closing the laptop. True, maybe I’ve watched a little too much of Carrie Bradshaw on Sex and the City, but also, the iPad screen is constantly at risk for damage, even when the tablet is not in use. Globetrotters need a device that can handle the occasional drop, knock, or spill. Plus, the greasy fingerprints are apparently also still a major issue on the iPad.

The netbooks we have are by no means perfect, and there are still plenty of improvements that can be made.

Both image and video editing would be so much easier on a Mac. With the limited RAM and processing power, running a video editing software is neigh on impossible.

A major disadvantage to the netbook is the small screen. The Asus has a 10.1in screen. Reading longer posts or articles requires a lot of scrolling.

The iPad is essentially part-ebook reader, and it is possible to download thousands of books without taking up any space in the backpack. This includes guidebooks for the entire world. However, imagine standing on the streets of Delhi or San Salvador and getting out your iPad to see what Lonely Planet suggests to see and do. Sometimes a good old fashioned guidebook is much more functional.

For the ‘app’ addicts out there, yes iPhone / iPad apps are awesome. There are some really great apps out there for traveling bloggers which would only look even better on a bigger screen (and after all, the iPad is just a larger version of the iPhone in so many respects). If you are already traveling with an iPhone, however, then this last point is also moot. The netbook is a slimmed down, fitter version of the laptop, and is 15 years in the  making, with everything you need, but no frills.  The all-frills iPad is the first generation of user-friendly tablets, and like its cousin the iPhone, the next gen iPad will be better than the first, and the 4th will be better than that.

The fact is, the Globetrottergirls are not ‘a Mac’ or ‘a PC’. Brand loyalty is of no importance. We are simply globetrotters, looking for a dependable, lightweight device fast enough for our amateur techie requirements of fast speeds and easy blogging. So, do we have iPad envy? Not yet, but maybe next year, or the year after that. 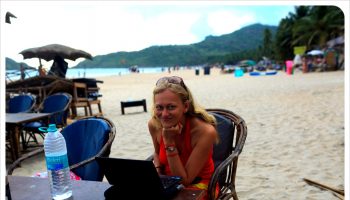 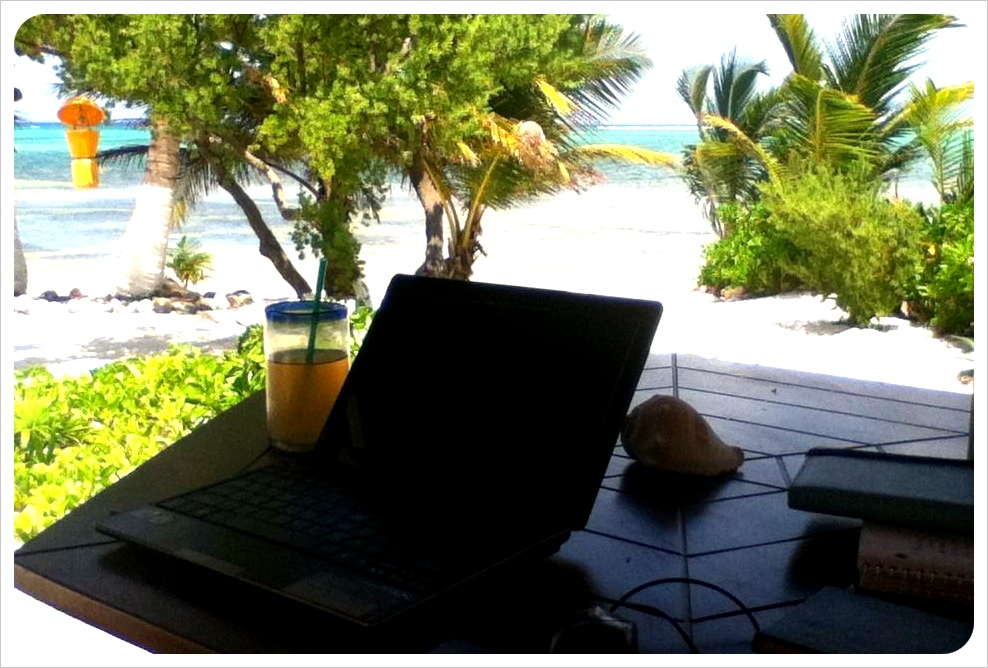