Moscow is one of the most fascinating cities in the world – a city known for its grand architecture, intriguing history, lavish shopping experiences, and a thriving nightlife scene is certainly one that will stick with a visitor for a long time. Since Moscow is a giant, sprawling city with enough things to do and see to keep you entertained for a month, thorough planning pays off. As a starting point, here are the best places to visit in Moscow, historical landmarks, and some recommendations for places to eat.

The best attractions and places to visit in Moscow

The Kremlin is the most famous historical tourist attraction in Moscow. The 15th century structure covers an area of 275,000 square meters and the Kremlin Palace has over 700 rooms. The Kremlin Palace used to be the home of the Tsar family – these days it is the president’s residence.

The Red Square was, together with the Kremlin, added to the UNESCO World Heritage List in 1990. The vast square is one of the most photographed squares in the world and in addition to the Kremlin Palace, St Basil’s Cathedral with its striking, colorful domes, Vladimir Lenin’s mausoleum,and the State Historical Museum here. 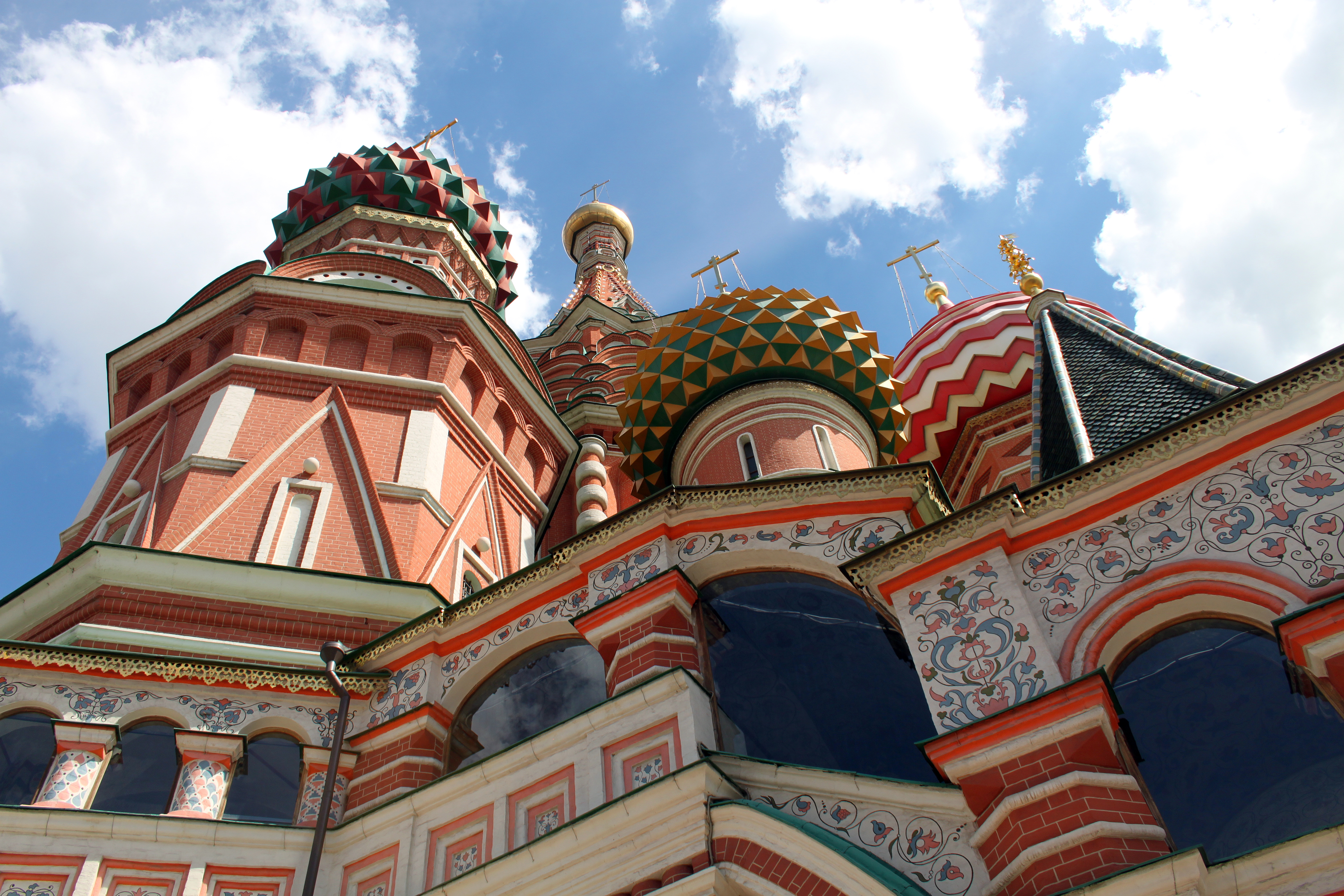 You don’t need to be an avid shopper to appreciate Moscow’s oldest shopping center, because it is worth visiting for its fascinating architecture alone. 20,000 panels of glass form an arched roof, and all three levels of the building are covered in marble and granite. GUM stands for for Glávnyj Universálnyj Magazín (“Main Universal Store”). If you do enjoy shopping, you’ll spend hours here: GUM is Russia’s largest shopping center, and you can find high-end fashion designers here alongside Russian brands. For a taste of Russian food, head to the cantina on the third floor.

The Bolshoi Theatre is a Must-Visit for ballet and opera aficionados. This was where Tchaikovsky’s Swan Lake premiered in 1877. If you are planning to see a performance in this majestic building, make sure to book your tickets well in advance – shows usually sell out.

Yes, the subway, or underground, is indeed one of the best places to visit in Moscow – because of the magnificent subway stations. No two subway stations look the same, each one is unique, and each one is stunning in its own way. You’ll see gilded mosaics, marble arches, chandeliers, and sculptures in Moscow’s subway stations. If you’re pressed for time, make sure to see some of the following stations: Mayakovskaya (on the dark green line), Arbatskaya, Ploschad Revolutsii and Elektrozavodskaya (on the dark blue line) and Prospekt Mira and Kievskaya (both on the brown line). Komsomolskaya is the subway station that you’ll get to see if you continue your journey on the Trans-Siberian Railway (considered one of the best train journeys in the world) – take a moment to appreciate the the vaulted ceiling, the marble pillars, and the bas-relief scenes that depict scenes of Russian wars.

Stari Arbat is a historic cobble stone street that is now pedestrianized and has many shops, restaurants and cafes. It’s around 0.7 miles (1 kilometer) long and is a great place to pick up some souvenirs and grab a mea, or enjoy a coffee with a side of people watching in one of the outdoor cafes. Stari Arbat gets especially busy in the evenings and on weekends and is worth visiting just for the lively atmosphere and to watch the street performers.

The Most Beautiful Parks in Moscow

Moscow is extremely populous with a populations of almost 12 million, but luckily the city is home to many lovely parks which make an excellent place for residents and visitors in need of respite from the fast-paced city life.

Gorky Park, Zaryadye Park, and VDNKh Park are the most famous ones. Gorky Park also has urban beaches along the Moscow River, and has become a popular hangout with the city’s hipsters. It’s a great place to visit in Moscow if you want to do some people watching and get a feel for local life. Zaryadye Park is the newest park in Moscow, finished in 2017, and located right by the Red Square. It is worth visiting for the cantilevered viewing platform over the Moscow River alone.

VDNKh, which stands for Vystavka dostizheniy narodnogo khozyaystva and can be translated as “Exhibition of Achievements of the National Economy” is a park you should visit if you want to learn more about Russia’s communist past. The park was opened in 1939 and pays tribute to the socialist economy and lifestyle. It’s a massive park (larger than the State of Monaco!) and it’d take you all day to see everything, but take a couple of hours to see the Soviet-era pavilions, fountains and sculptures, or visit one of the museums. for example the Cosmonautics Museum or the Garage Museum of Contemporary Art.

Russian dishes you should try include blinchiki (Russian pancakes), golubtsy (the Russian version of “Pigs in a Blanket”, pelmeni (meat dumplings), borscht (beetroot soup). If you want to explore traditional Russian cuisine during your visit, these are five exquisite restaurant options in Moscow: 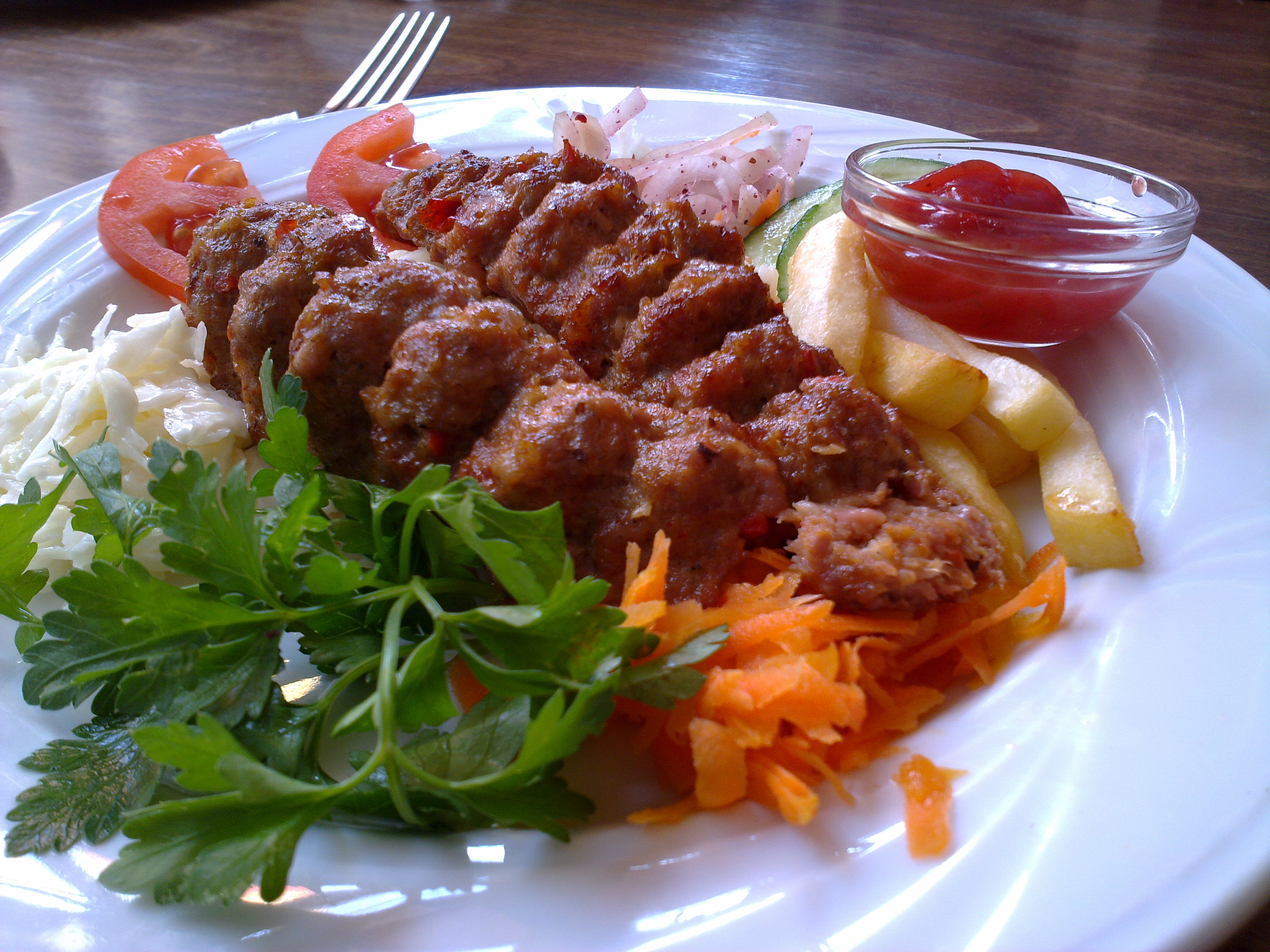 Last but not least, you need a visa to be able to visit Moscow. Here you can find out how to obtain a Russian visa.