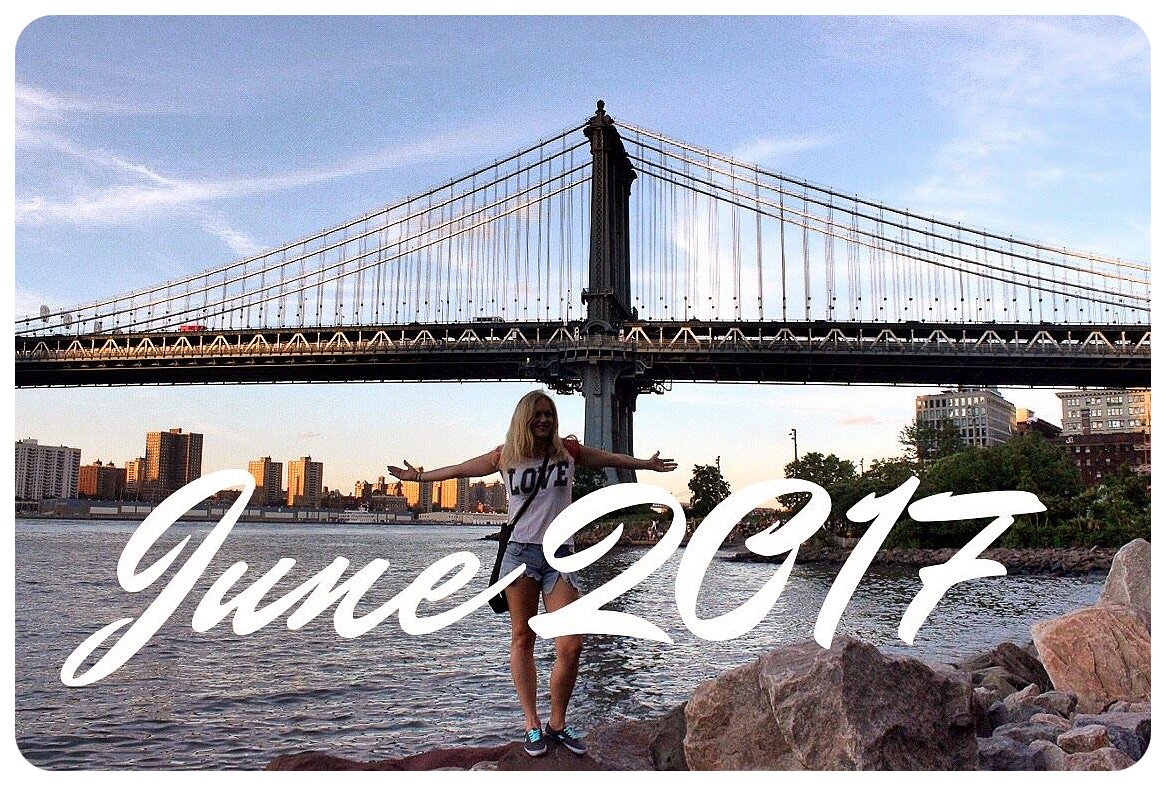 I crossed the bridges between Manhattan and Brooklyn countless times, but for the entire month, not once did I make it out of these two boroughs. 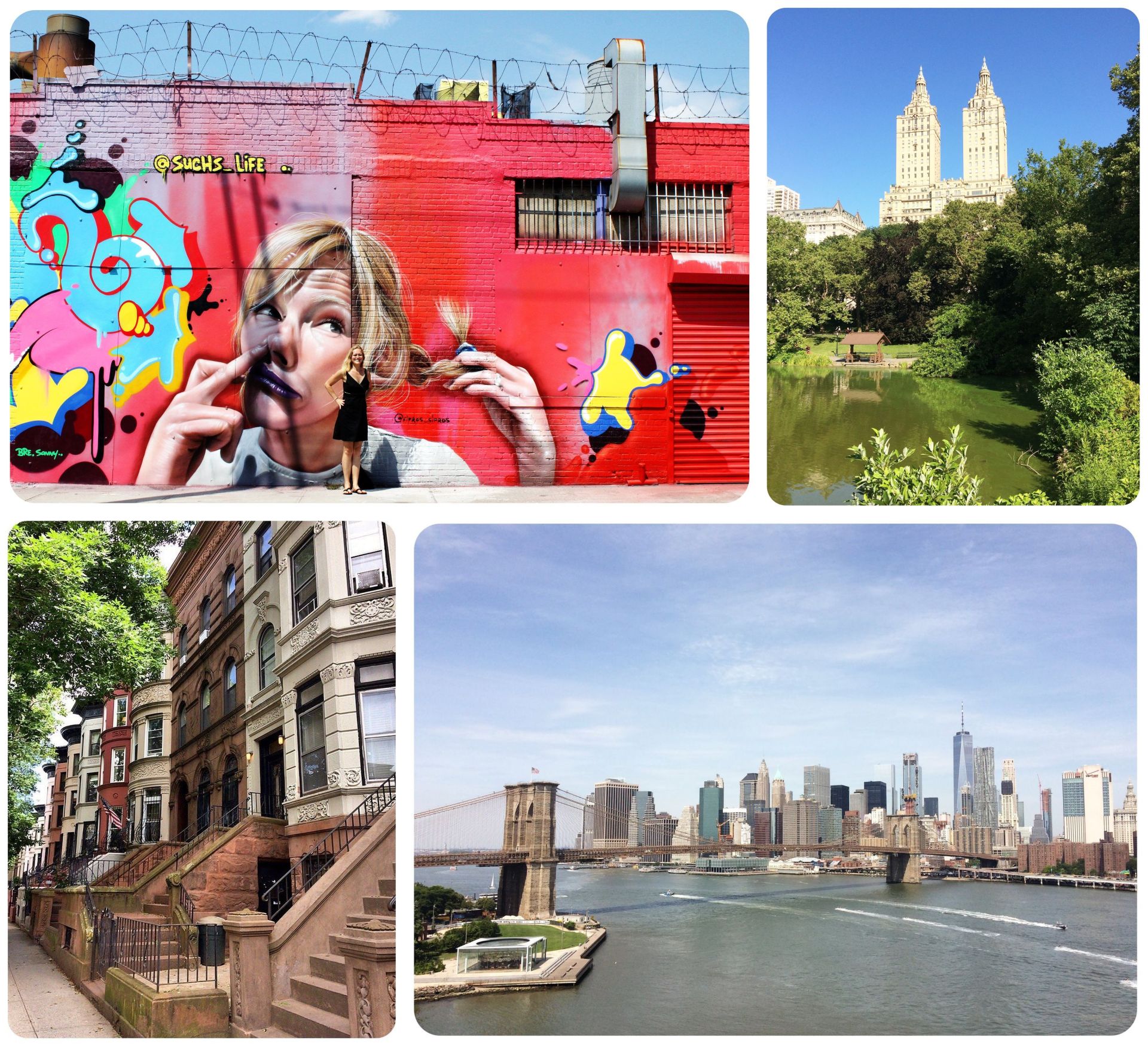 After stressing myself way too much in May with work, immigration matters and trying to find a place to live, I decided to take things a little slower in June. I cut my work hours in favor of a new business pursuit (which I’m excited to tell you more about next month, but it hasn’t officially launched yet), and gave up on the apartment hunt since it was not only time consuming and frustrating, but it also didn’t look like I was going to even get a place I really liked.

I have to say that I was extremely lucky how everything came together for me in terms of sublets and housesits – so far. This month I’ve had several options and haven’t even had to share a place. Amazing! 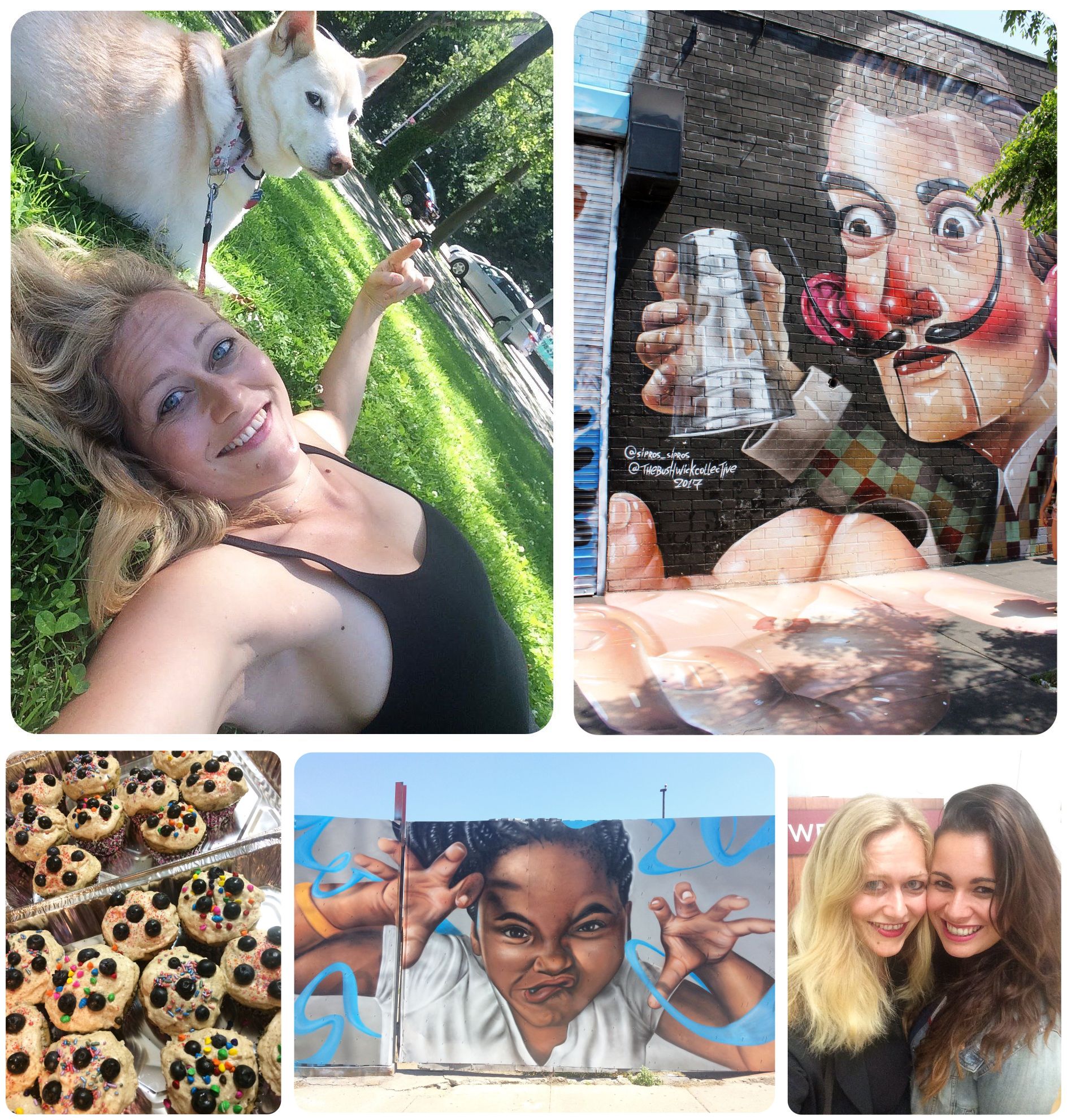 One of the main reasons why I stopped looking for a place? Because it’s almost time for me to leave New York! Yes, that’s right, my 3.5 month travel break is nearly over, and I am getting ready for my next big trip.

Since I’ll be gone for several months, there was no point anyway to look for a permanent place now, which would’ve meant having to deal with finding a subletter, and hoping that the sublet goes well.. but this also means that when I get back to New York, I’ll have to start the apartment hunt over again. Oh, well.

On the topic of me leaving for my next trip: I can’t believe how fast my time in New York went by! I still feel like I just got here, and I am getting ready to leave again.. how is this possible?! I won’t be leaving for another month, but I know that July will fly by, too, considering all the things that are coming up (see below under What’s Next). 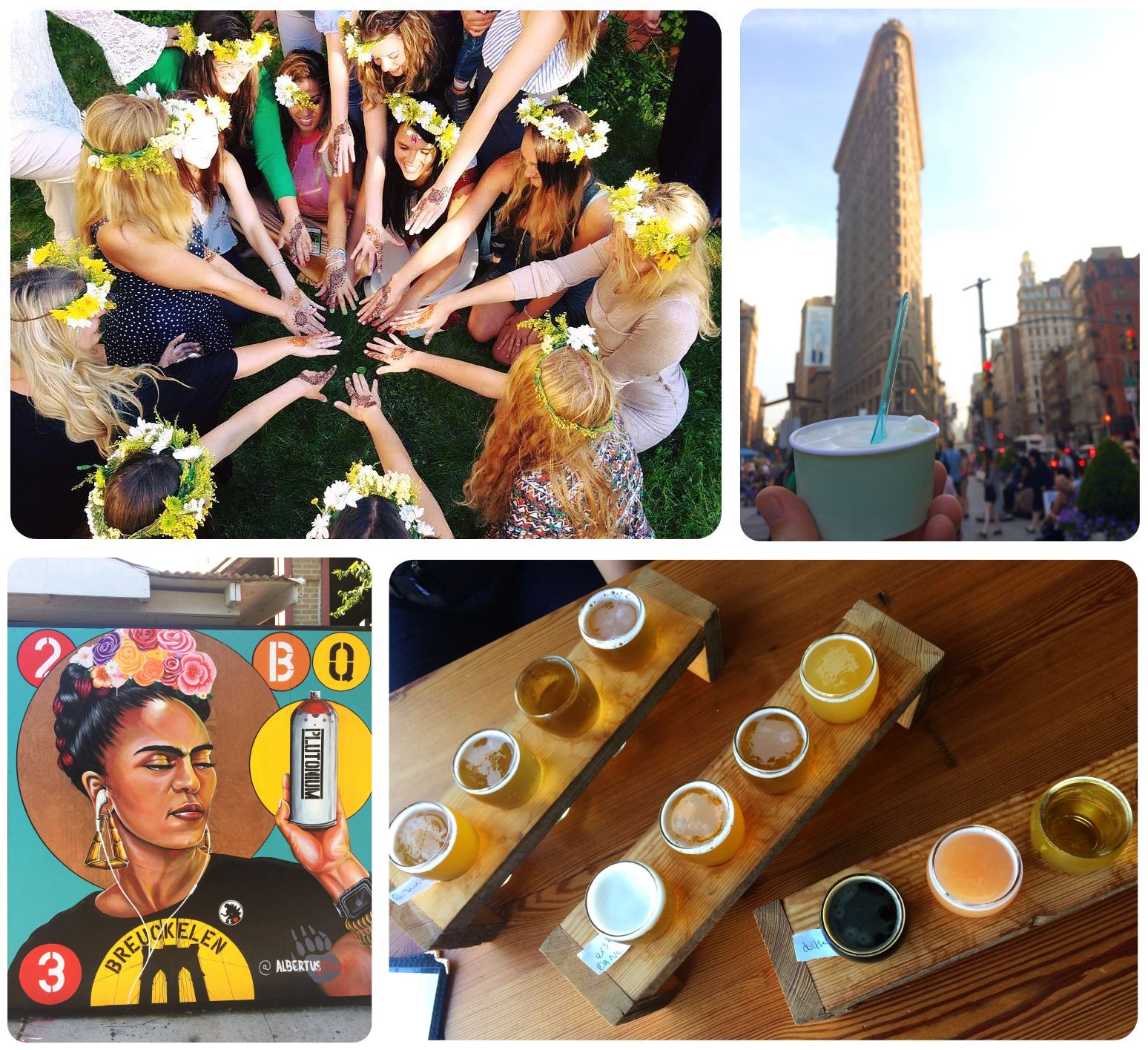 On to the highlights and lowlights of the month:

I wouldn’t necessarily leave New York in the height of summer, which is my favorite time of year here, but I’ve got a good reason to leave: I’ve been impatiently waiting for the arrival of my newest niece, and the wait is finally over! I couldn’t be more excited to meet her in early August when I fly to Germany to spend some time with my sister and my ever growing collection of nieces and nephews.

The day of her birth was very emotional for me – I always get insanely homesick when big events like this occur. And that’s why I’m grateful that I found a job here that allows me to leave for several months – I couldn’t even imagine being ‘trapped’ in an office job now that doesn’t allow me to take a month off (or longer), but sadly that’s the case for most of my American friends. 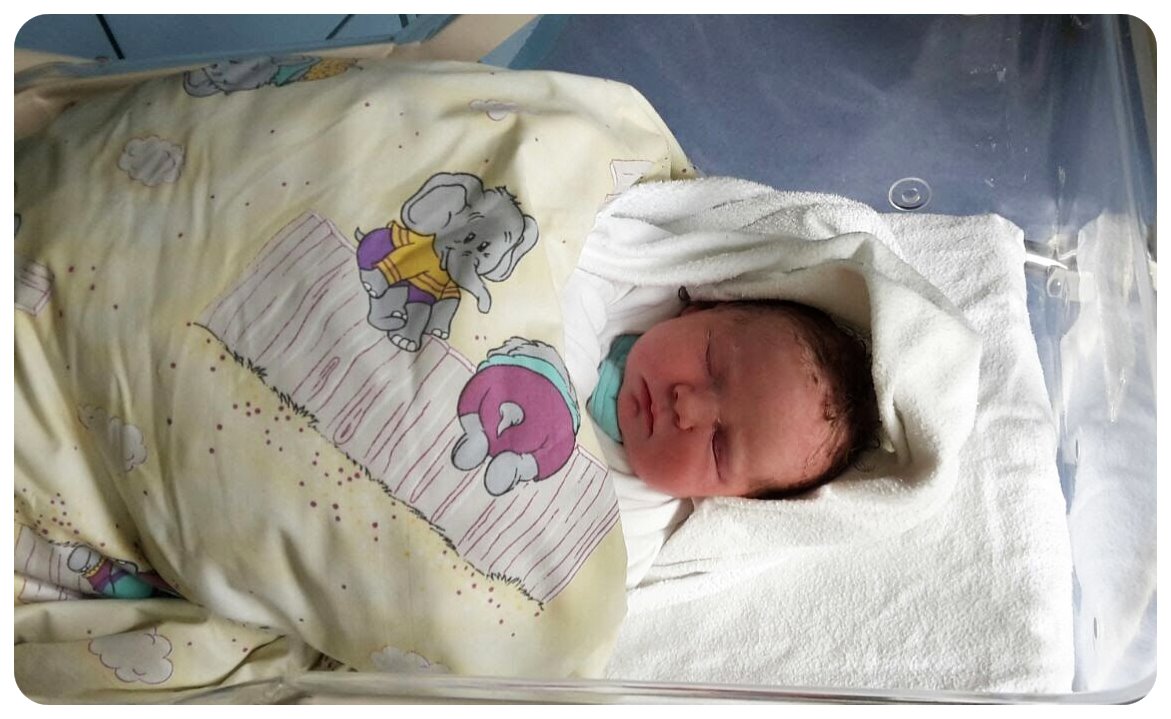 Anyway, welcoming Louisa into the family was definitely the highlight of the month.

In 2014 and 2015, the first two summers I spent in New York, I was lucky enough to attend my friends’ annual Pride Brunch, and when I had to travel to Germany last June to deal with my green card, I was devastated that I wouldn’t be able to attend (I still can’t get over the fact that I won permanent residency!! Who wins a visa?! Pretty much everyone I tell how I ended up here is astonished).

But this summer I was back in town for it and it was the perfect way to kick off an amazing Pride. After brunch, we headed over to the parade, and from there we went down to the West Village to join the celebrations. The weather was perfect, our group was great, and it seemed like half of New York City had come out to celebrate love equality. 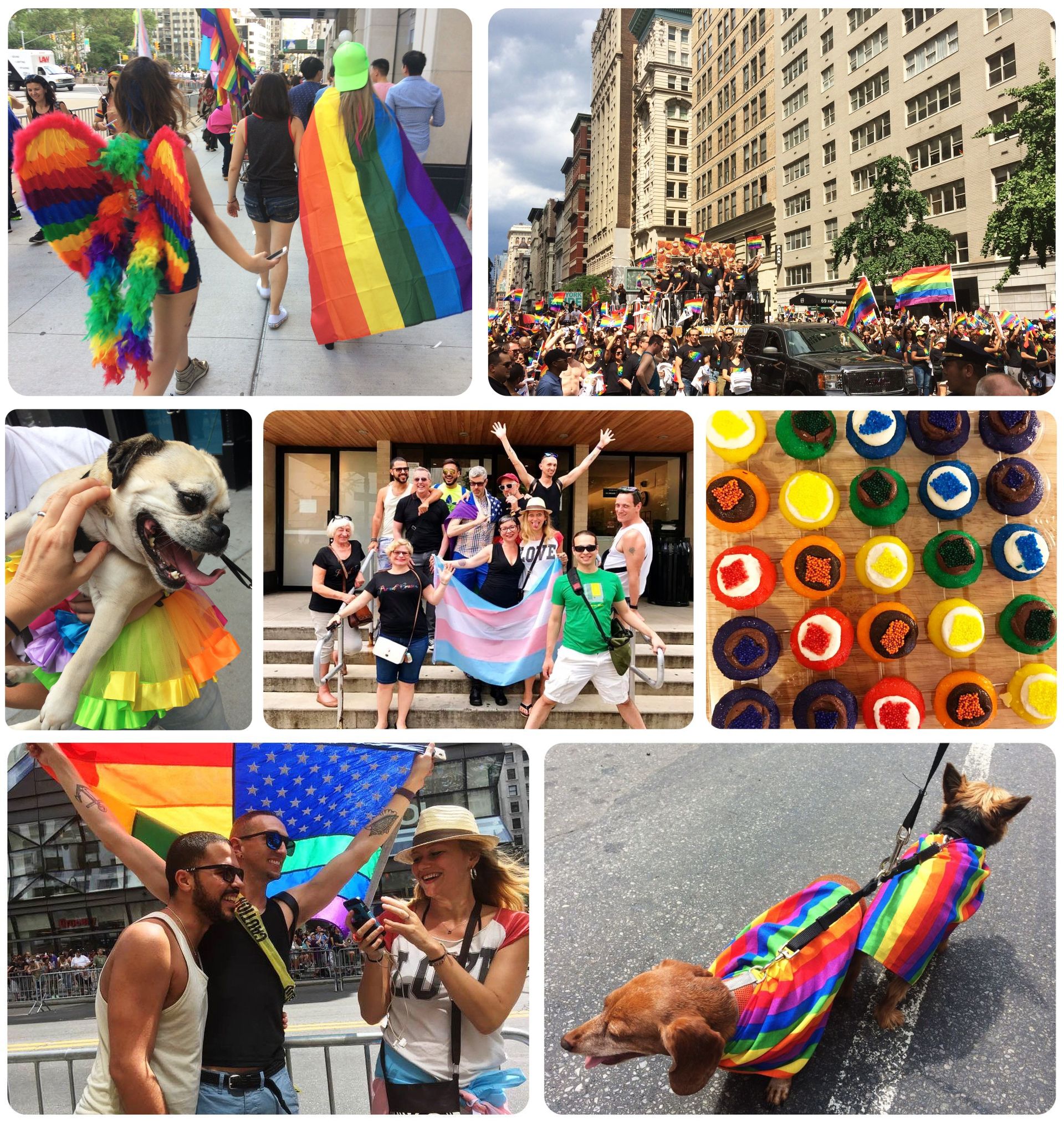 The only dampener was that not a single one of my straight friends here in New York City came out for the event – which is funny considering how I am always assured just how much they’re supporting the LGBT community.

Sleepless in Seattle under the stars

One thing I love about New York City in the summer is all the free outdoor movies all over town, in parks, on rooftops, on the riverside. I don’t always find the right person to watch a movie with, or sometimes a movie I really want to see gets rained out, but when ‘Sleepless in Seattle’ was showing in Bryant Park, everything was perfect. I went with someone who loves cheesy romantic comedies just as much as I do, the weather was amazing, and we had a delicious picnic dinner in the grass.

It’s nights like this that always reaffirms my love for New York. 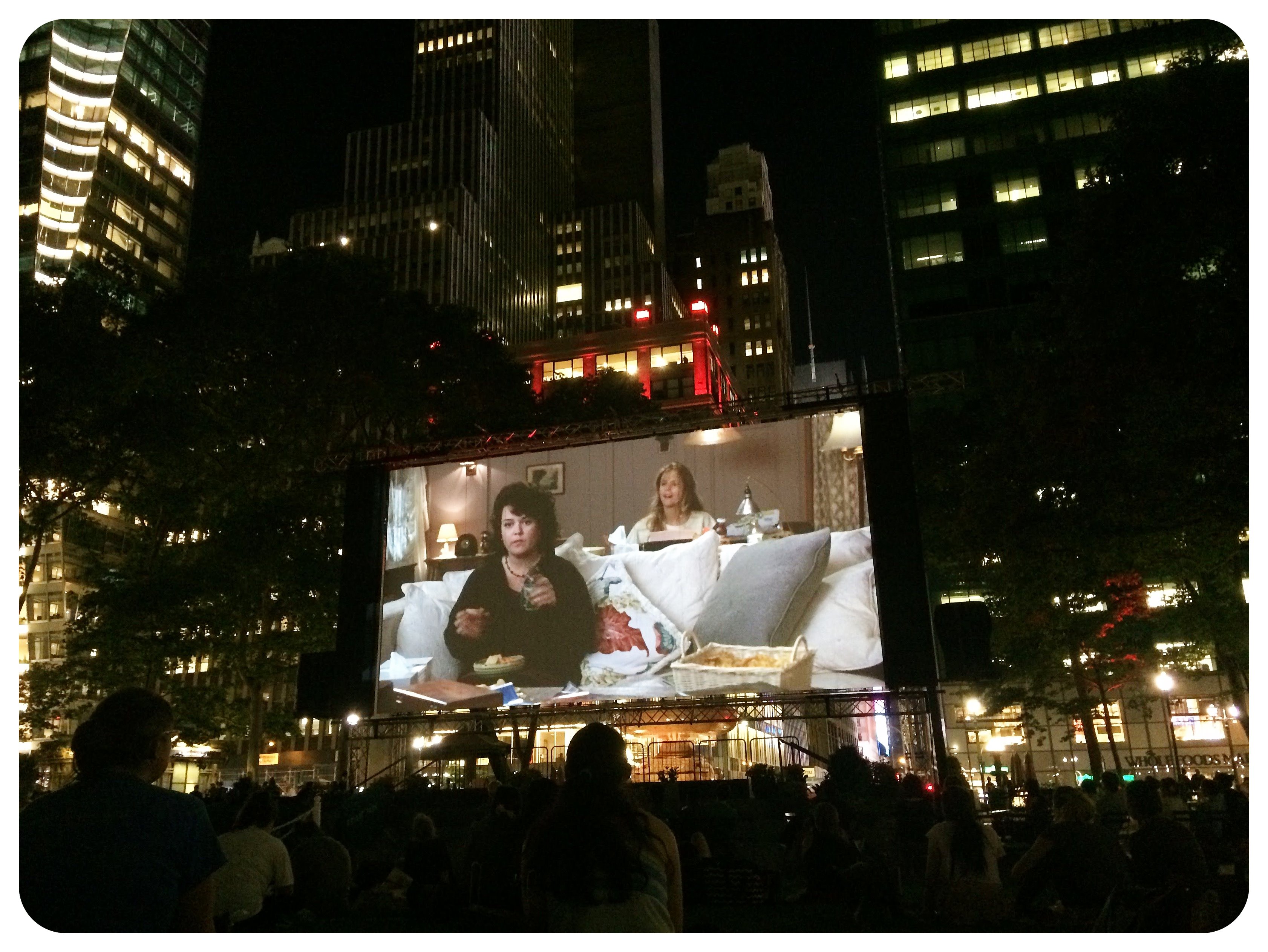 In addition to Pride, the Mermaid Parade (see below) and open-air movies, I feel like I made up for all the things I didn’t do last month. I enjoyed summer to the fullest, with the Metropolitan Opera in Brooklyn Bridge Park (the Philharmonics and the Met in the park are among my favorite summer events in New York), rooftop cocktails, picnics in the park, bike rides around the city, sunset runs and photo excursions. 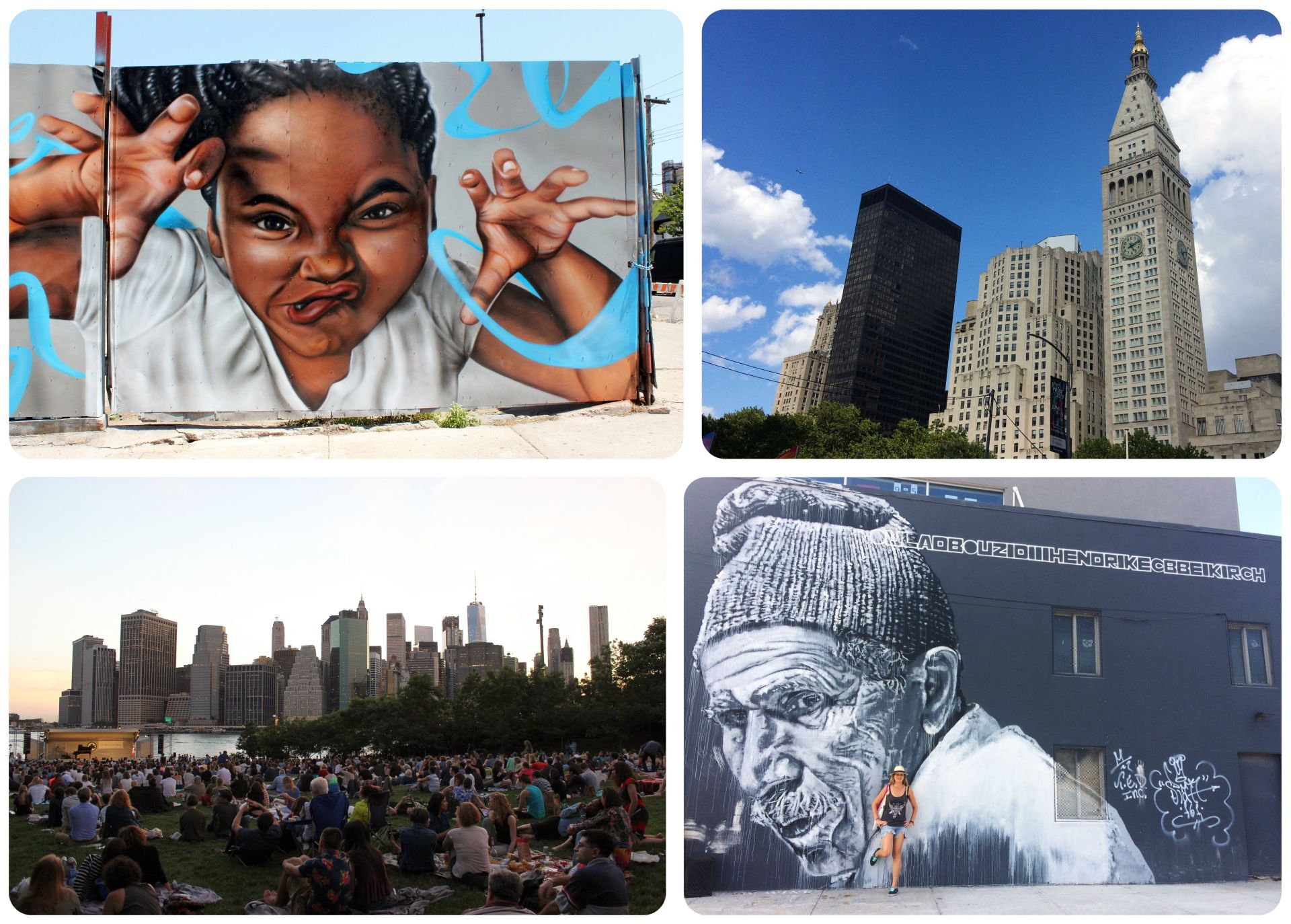 I took friends around my favorite Brooklyn neighborhoods, took my office outside whenever I could, hung out with an adorable pup, relived my Sonoma Wine trip at the Sonoma in the City New York – Taste of Sonoma event, went to a Goddess-themed birthday party, ate brunch in the sun and I even went to an outdoor yoga class (more on that below in Other Happenings). 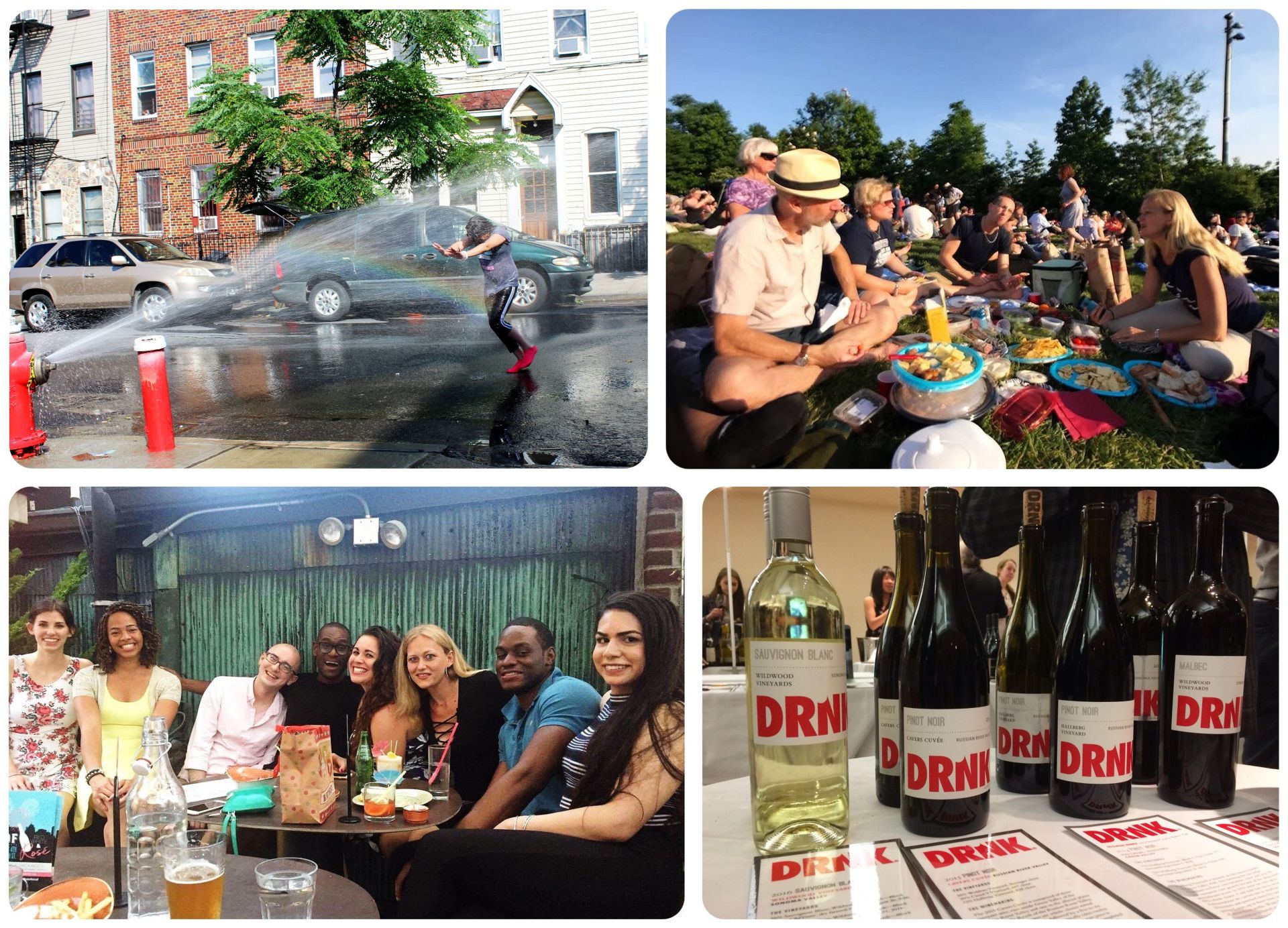 A rained out Mermaid Parade

I had to think long and hard about June mishaps & lowlights, and I guess that if this is the only thing that I can come up with after giving it good thought, I must have had a pretty good month!

And that being said: Even though we arrived in Coney Island during a torrential downpour, the rain eventually went away and the parade wasn’t completely ruined. And we used the time when it was raining to eat pizza at Totonno’s, one of New York’s iconic pizza spots, so I can’t really put this down as a lowlight when I really think about it. But I was looking forward to a super hot beach day, and that obviously didn’t happen. 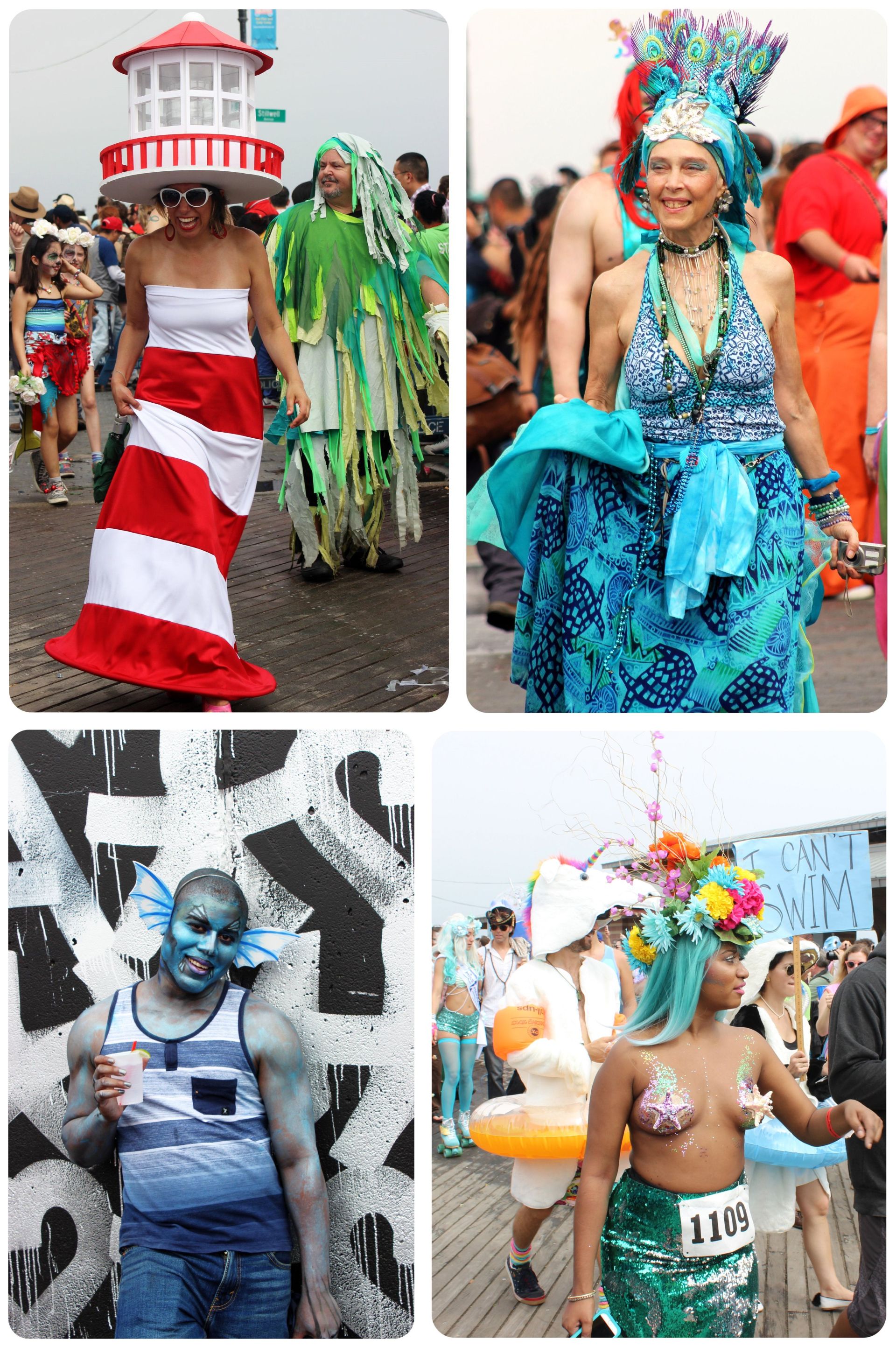 The Usual: Losing and Breaking Stuff

Of course I can’t go through a month without at least losing and breaking one thing. The biggest thing I lost this month? My friend’s gay Pride flag. I feel horrible about it, but obviously I’ll replace it.

And I wasn’t very lucky with my electronics in June: one of my chargers stopped working, my favorite pair of headphones broke, and most importantly: my beloved blender stopped working! This little blender was the first thing I bought in New York in 2014, and it traveled all over the U.S. with me. Seeing how much use it got, I guess it was expected to happen sooner or later, and I ordered the exact same one to replace it, because it did me such a good service over the past three years. 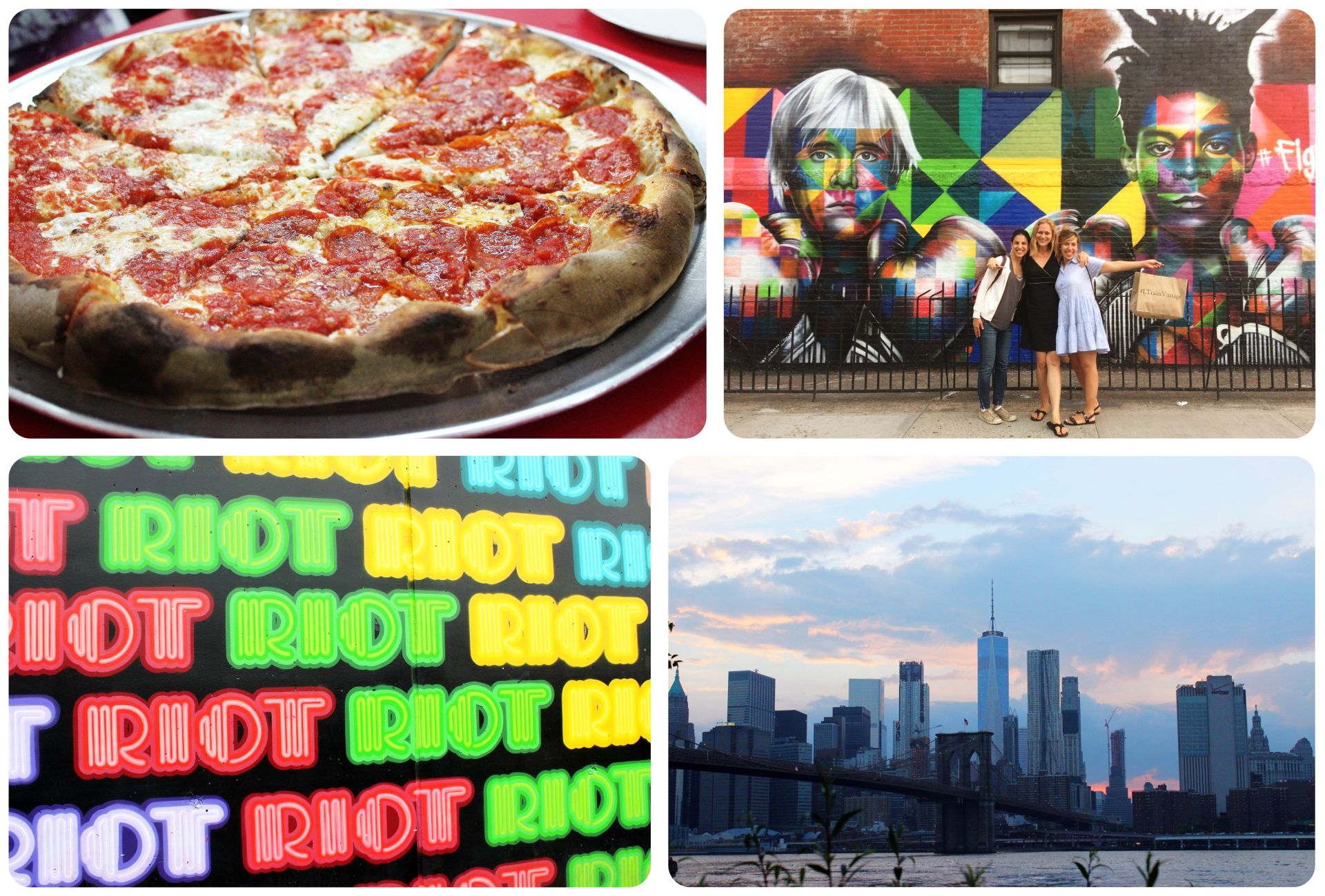 I did it! I made it through 30 days of yoga. Okay, I’ll be honest here: I fell asleep on two days I was supposed to do a bedtime yoga routine, but I made up for it by doing two different yoga routines the next day.

I even added another challenge on top of this challenge: I would attend a public yoga class before the end of the month. For someone like me, who hasn’t really ever done any yoga, this was a terrifying thought, and I waited until the very last week of the month to do it. And then I was still very self-conscious about my ability to do certain poses and my flexibility. To be able to escape should the class be too hard for me, I opted for a free outdoors class – luckily there are loads of them held every day in the summer, all over New York.

I chose a great class and was able to keep up with the routine, even though I’m still not as flexible as I’d like to be. But the one thing I learned from that class was that other people aren’t either! 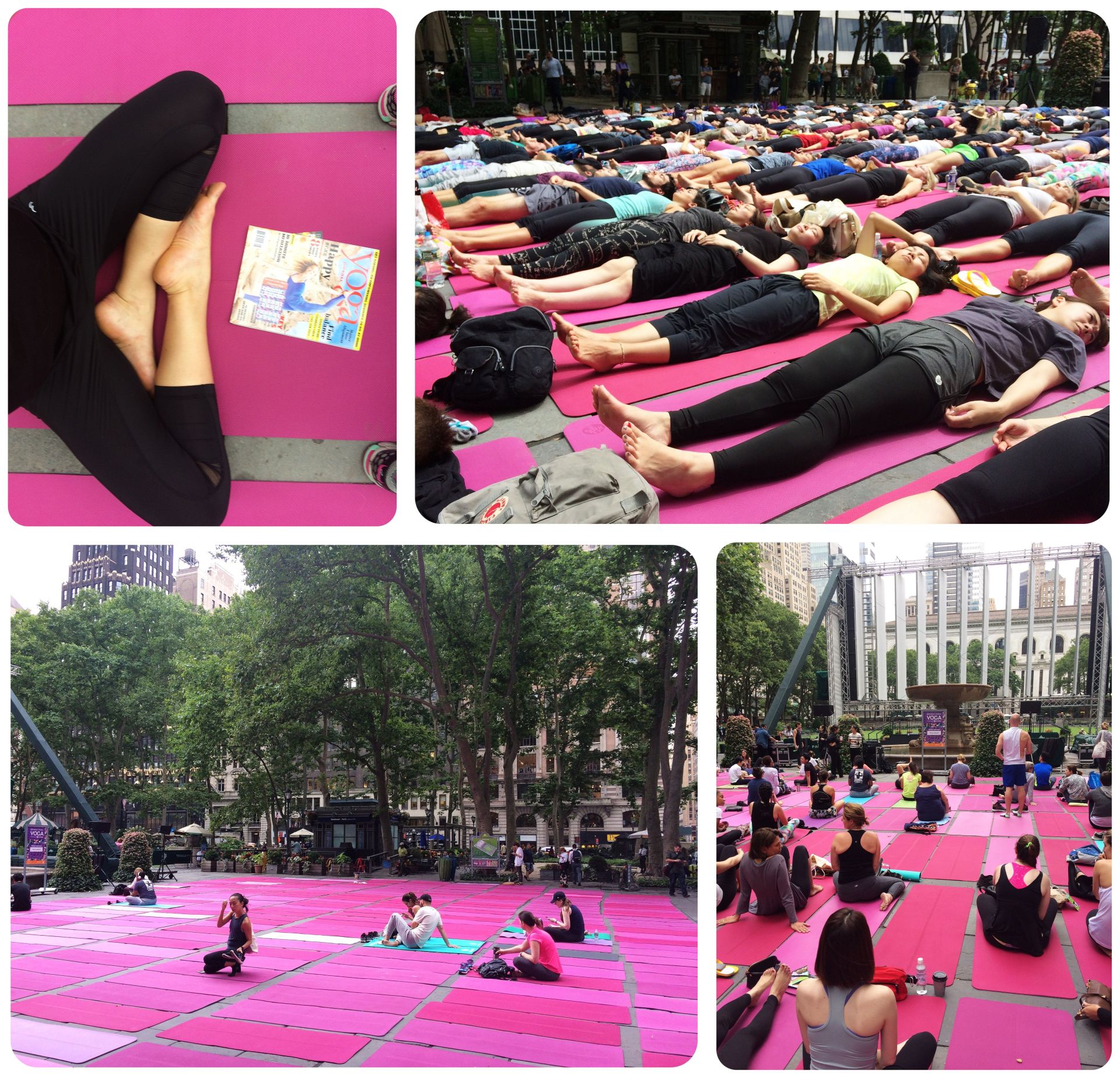 The overall take-away from this challenge? I don’t hate yoga anymore (it took me about two weeks to get to that point though) and I grew much more conscious of my breathing, my balance and my posture. I definitely want to continue practicing, and master some of the more difficult poses. I am not sure if I’ll ever be able to do SUP yoga, but this month has made me more curious about trying other yoga variations and I am happy that I changed my mind about something I felt strongly about – I really disliked yoga!

Another take-away was that getting my followers involved was really fun: when I announced my yoga challenge over on my Snapchat channel (mariposa2711), a bunch of my followers suggested their favorite yogis to me to get started and they kept cheering me on throughout the month, which was nice. 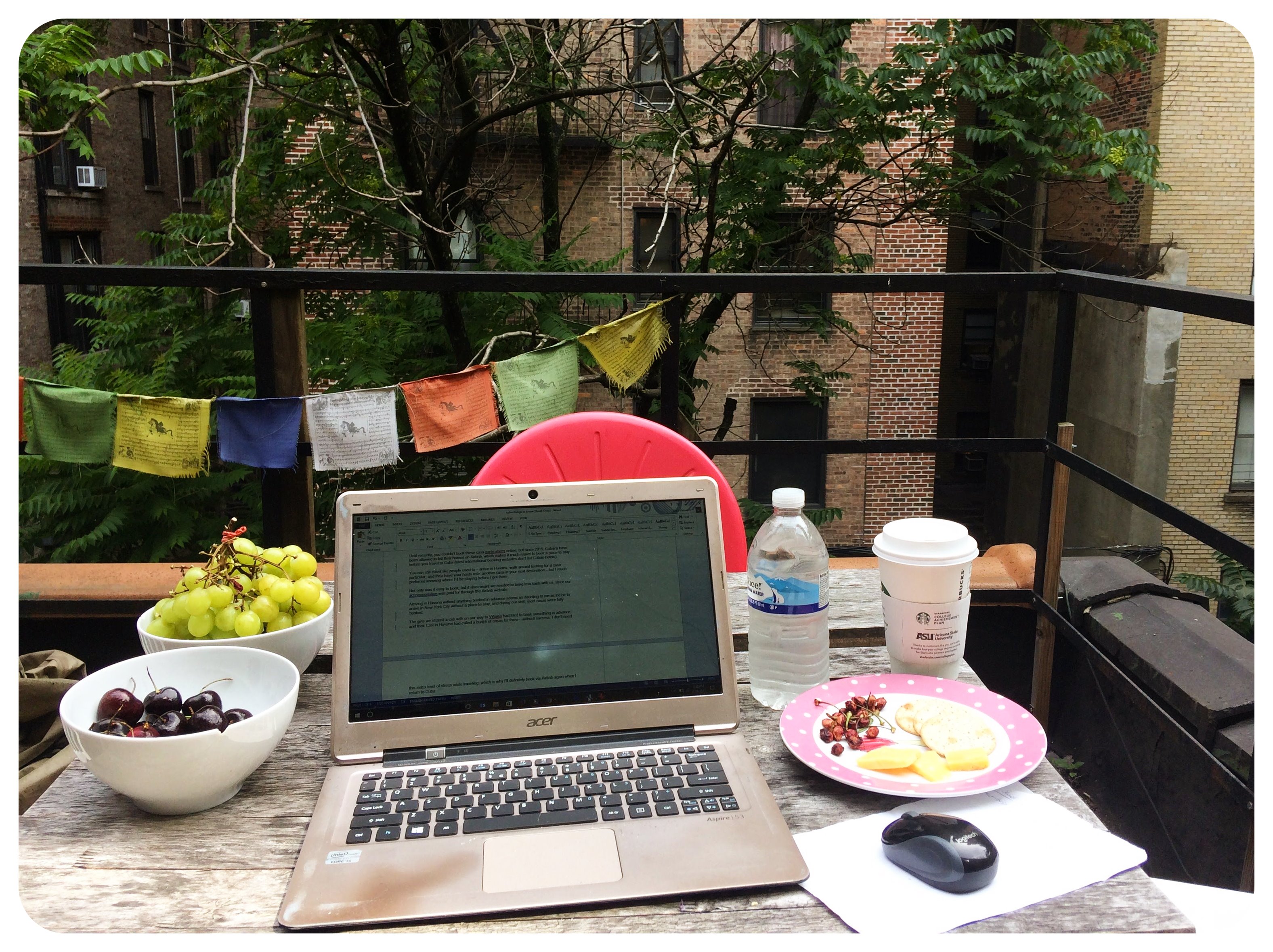 As I already touched on above, I am in the process of launching a new business venture, and I moved from unpaid pet sitting gigs to getting paid for my dog sitting services which has been a nice unexpected extra income (but this is only a fun side gig). Scoring a bunch of new freelance writing gigs on top of this has made June my most lucrative month of the year so far! I hope this trend will continue throughout July since I won’t be able to work as much in August, when I leave on a big trip.

What’s Next For Me

July is going to be my last month in NYC for a while… you didn’t really think I was going to be able to sit still for too long, did you? 😉 And July will be a super busy month, with my new writing challenge, lots of work, and not one, not two, but three different visitors stopping by! I am excited for all of them to get here, and all the cool things we’ll be doing. (There’ll be lots of eating…)

And at the end of July I’ll be packing up again for several months of travel, starting in Germany. I’ll share more on that and where I’ll head from there in my next round-up. 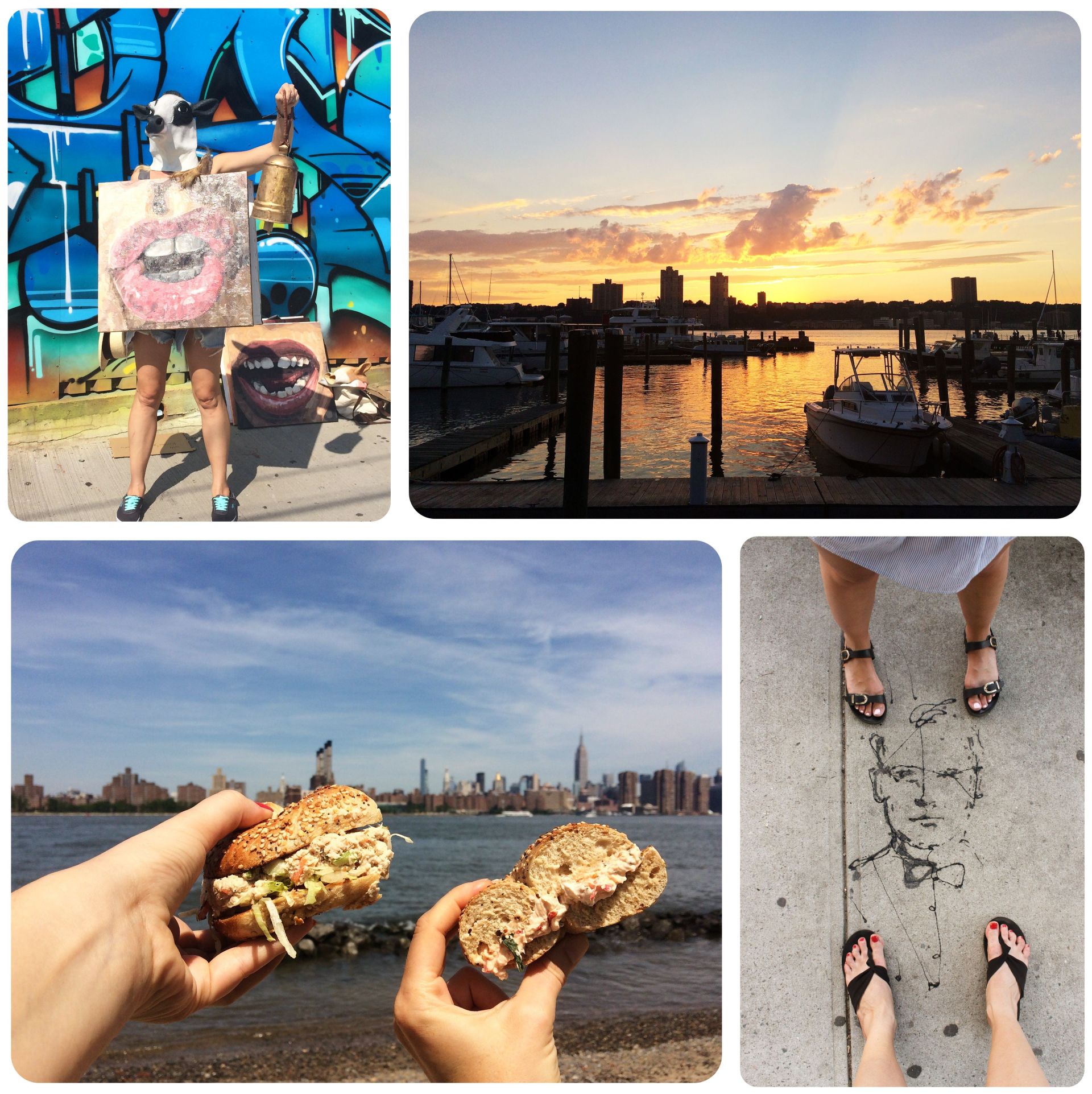