Ecuador Polaroid of the Week by Dani on March 5, 2017 add comment 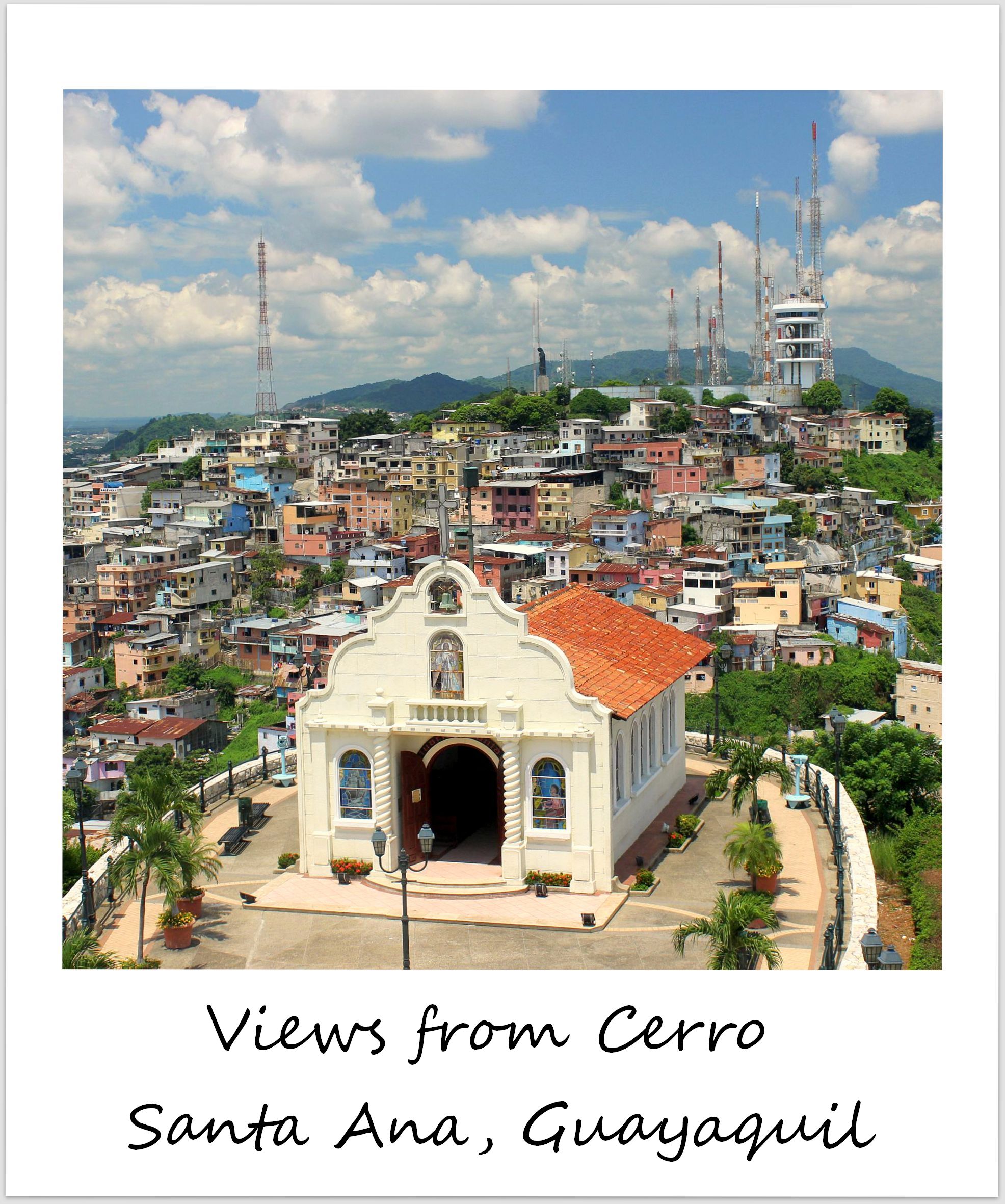 After cruising around the Galapagos Islands, I was in urgent need of a break to catch up on work projects and to deal with the hundreds of emails that had piled up in my inbox while I was on the boat (I get so many emails these days, I can barely handle the volume anymore!). I decided to stay in Guayaquil, the city where I’d flown to the Galapagos from, which happens to be Ecuador’s largest city, and one of the largest sea ports in all of South America. Beyond that, there’s not all that much to do and see for tourists though. A newly revamped river walk, the Malecon 2000, made for a great running track in the mornings, and for some good entertainment in the evenings (people watching, and an IMAX cinema that showed LaLa Land).

Just north of the Malecon sits Las Peñas, the city’s oldest neighborhood, where colorful little houses are built into the side of a hill, Cerro Santa Ana. The neighborhood used to be a slum, but a regeneration project transformed it into the tourist attraction that it is today. 432 stairs lead up to the top of the hill, each one numbered, so that with each step, you are painfully reminded you how many more stairs you still have to climb. Once you reach the top, however, you are rewarded with spectacular 360° views over Guayaquil and the wide Guayas River. There is also a little chapel on the top of Cerro Santa Ana, and a lighthouse which you can climb for even better views (including the chapel – see Polaroid). The brightly painted houses, little plazas with palm trees, and alleyways where cats were lounging in the sun and laundry was drying in the air made this my favorite part of the city – I even made my way up these cruel stairs twice, despite the relentless heat. That heat was what eventually made decide on my next stop: the beaches along the Pacific Coast, about 2.5 hours west of Guayaquil, seemed like a perfect place to escape the heat of the city for a while.