The quick answer to this question is: More than you would think.

Like neighboring Argentina, Chile and Brazil, traveling in Uruguay is not cheap and you often spend the same amount as when traveling in the U.S. and Europe, but if you’re looking to match the same level of quality in hotels or food, it is there, but you’ll actually have to spend a bit more in Uruguay to get it.

The upside? Fellow travelers had warned us that prices in Uruguay would be even higher than in Argentina, more than 20% higher they said! However, with the exception of glitzy Punta del Este, we found there to be no real difference between tourist-friendly areas in both countries. 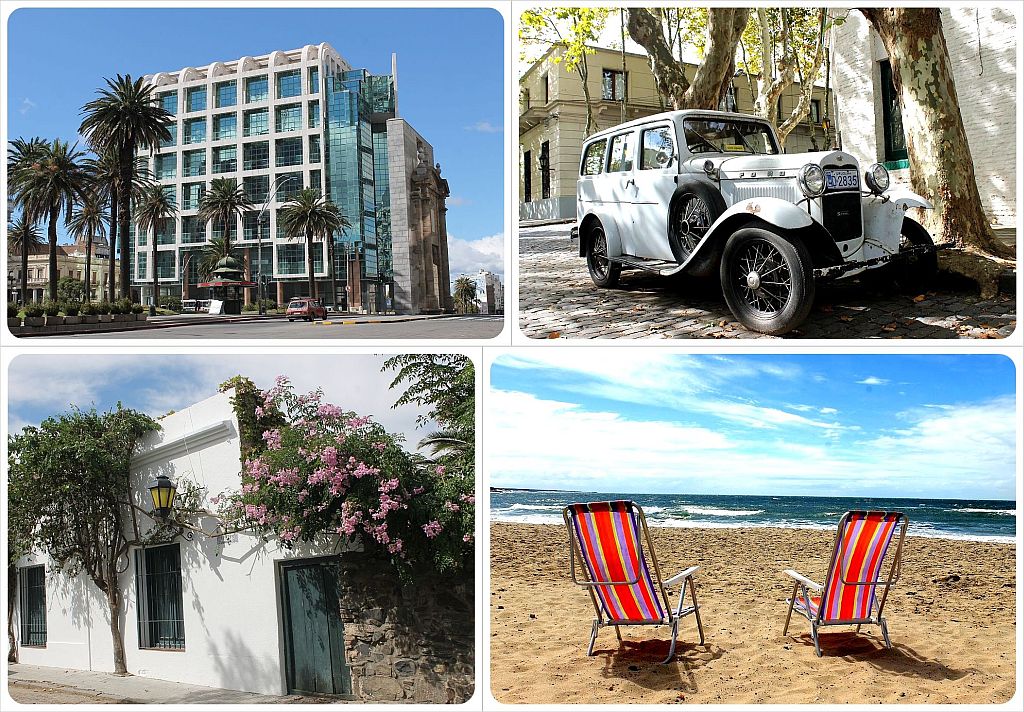 Note: dealing with money in Uruguay can be confusing, as prices are marked U$S100 vs when prices are in US dollars US100. For the rest of this post, the use of the dollar sign is for prices in US dollars, Uruguayan pesos will be marked UYU. 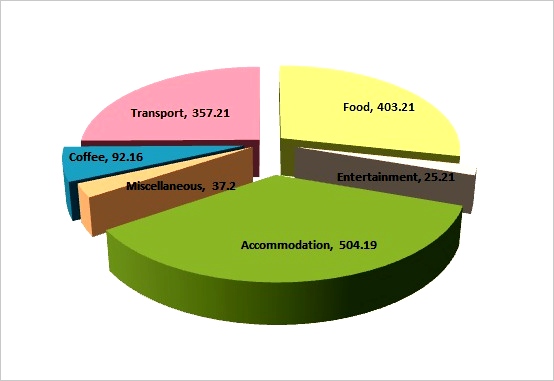 Here is a breakdown of our costs:

As usual, accommodation was the biggest expense, followed by food and transportation. Our love of coffee cost us an additional UYU60 / $3.25 each per day as well, for just basic Americano-type coffee.

Cost of accommodation in Uruguay

Accommodation costs were hard to keep down, and we stayed primarily in hostels and guest houses rather than hotels. Because we were traveling just after the end of high season, we used Booking.com to find discounts on accommodation, which many hotels offer once their hotels clear out after February. If you are traveling in Uruguay between December and February, expect to pay at least 20 per cent more per night.

At Posada Del Sur in Montevideo, we paid $50 for a comfortable double room, shared bathroom and full breakfast, and $42 for a double room at Hostel De La Viuda in Punta del Diablo, a hostel we absolutely loved. For $44, our hostel in Colonia was sub-par and far out of town. 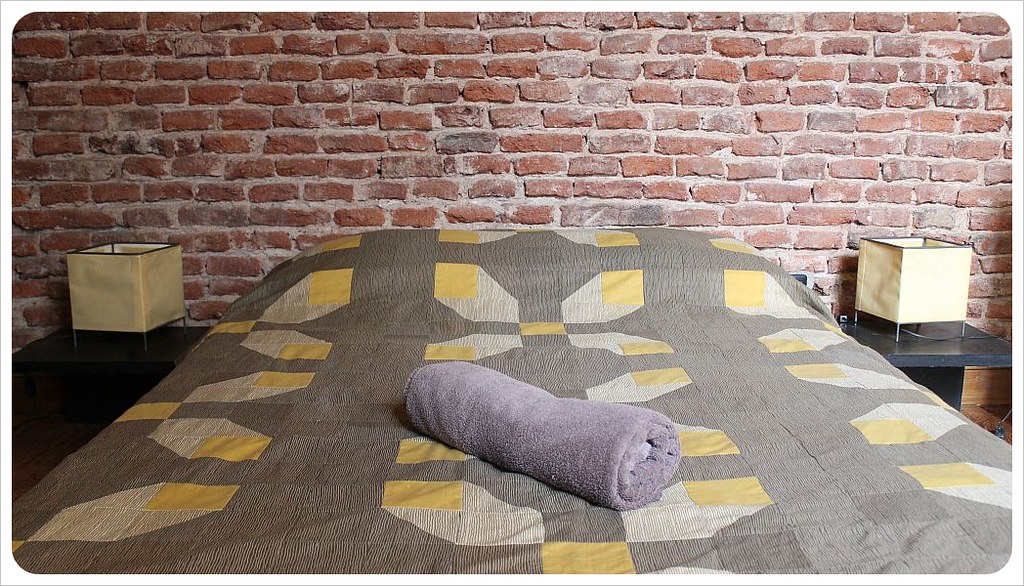 If you are booking well in advance (about three to four months), there are huge discounts that can get you room rates almost as low as during low season in Montevideo and at the beaches, but not in Colonia which is busy year round.

Punta del Este is considerably more expensive than the rest of Uruguay’s coastline. We hunted down a great deal on a hotel, including full buffet breakfast for less than $60, right in the center of town. This was partially because we were there in the Summer-Fall shoulder season, but most rooms run $100-$130 in March still. If you book far enough in advance, there are double rooms in hostels and budget hotels for $50-$60, which usually include a full breakfast. Dorm beds average $18- $20.

Expect prices to double around Christmas and at the end of February, which is summer vacation for Uruguay and Argentina; even dorm beds go up to $35.

Even though Punta Del Diablo is slightly more affordable, prices for a decent double room are still up to $100 during high season. 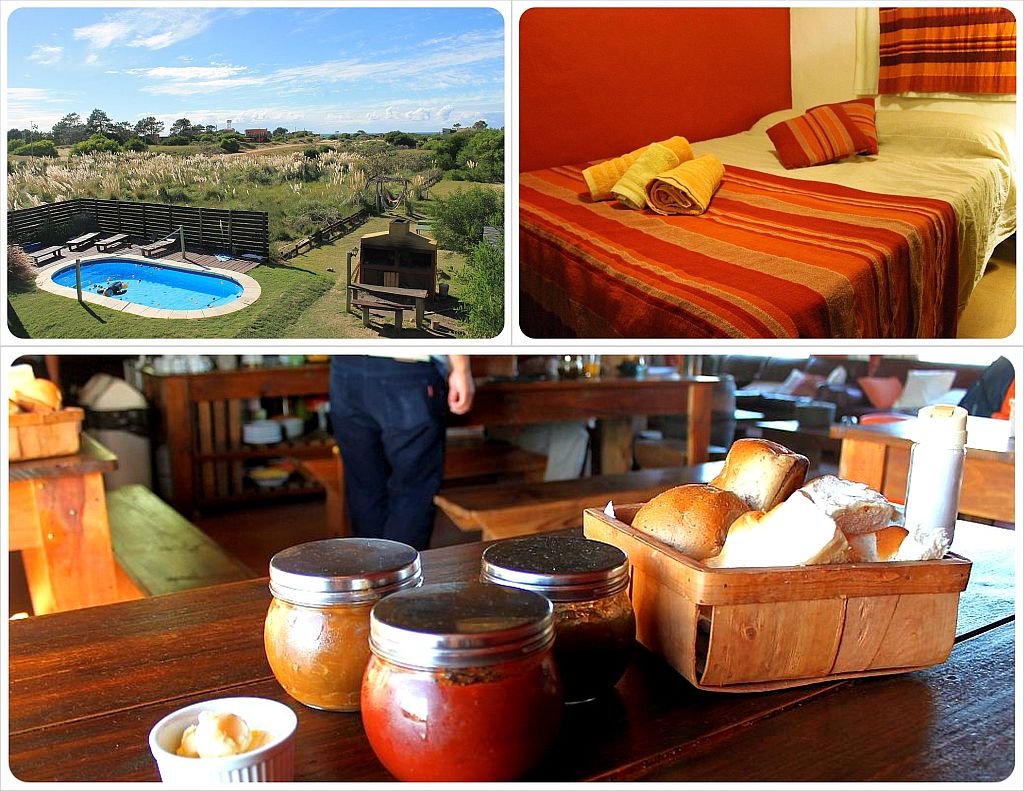 Tip: We were told on various occasions that, if you are planning to travel in Uruguay during high season, you should make sure to book a hotel / hostel months before you get there. The best places are booked out up to five months before high season, and you will find yourself left with mediocre options at outrageous prices.

Due to weekend visitors from Buenos Aires renewing visas or withdrawing dollars and tourists traveling from around South America, Colonia del Sacramento sees tourists fill so many rooms year round that even taxi drivers can’t keep up with the new hostels and budget hotels popping up further and further outside the city center. There are several beautiful boutique hotels and B&Bs for $90–$130 in Colonia, decent double rooms in a hostel or budget hotel for about $50 – $60 and dorm beds between $13 and $16, but only if you book ahead. If not, it’s a game of roulette – one which we played and lost.

Tip: Almost all hostels and hotels in Uruguay have breakfast included. Book accommodation that includes breakfast whenever possible; it will save you a lot of money, especially at the beaches. 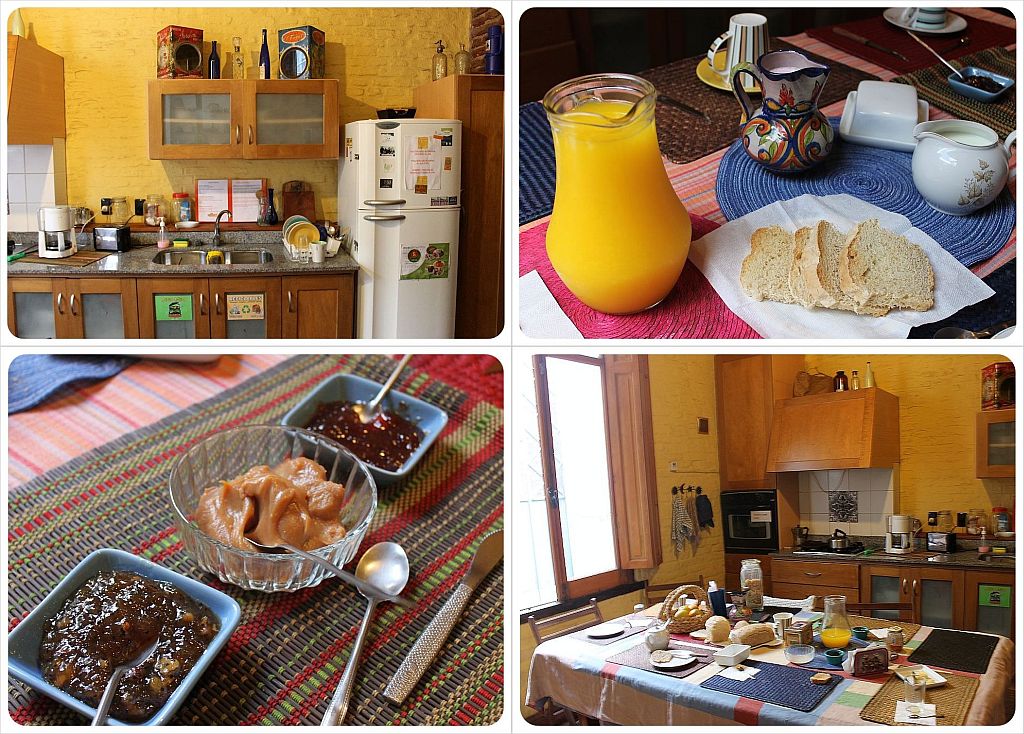 Cost of food in Uruguay

Prices for eating out are about the same as it is in the U.S. – sometimes even more, and especially if you want any level of quality. To put price comparison into perspective, a 6-inch veggie delight Subway sandwich cost UYU90 at the time of our visit, or $4.73, when in the U.S. you can get $5 foot-long subs.

Going out for coffee, one of our favorite past times, was outrageously expensive at the beaches, with a cup of coffee or cappuccino costing around UYU100 / $5, two ice cream cones were UYU150 / $7.88 and just going out for coffee and cake set us back UYU420 / $22 in Punta del Este. 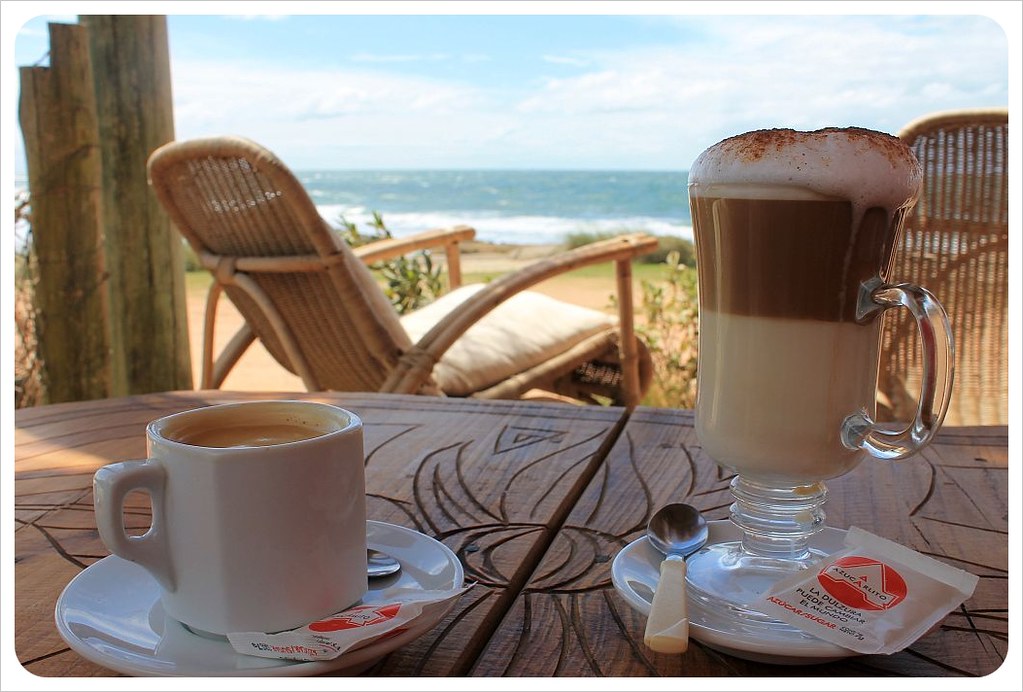 Cost of transportation in Uruguay

Buses between the major cities are usually about $20 for a 4-hour bus ride. Uruguay is a small country, so the two longest distances cost UYU 420 / $22 per person from Montevideo to Punta del Diablo and UYU455 /$24 from Punta Del Este to Colonia del Sacramento. Shorter bus rides, for example from Punta Del Diablo to La Paloma, were UYU215 / US$12 per person. Considering that these prices are from bus terminal to bus terminal, the Summer Bus, which includes hostel pick-up and hostel drop-off in 12 beach towns for $75, is actually not a bad deal at all.

Ferry tickets with Buquebus from Montevideo or Colonia to Buenos Aires start at UYU760 /$36.30 (one way, if booked in advance). 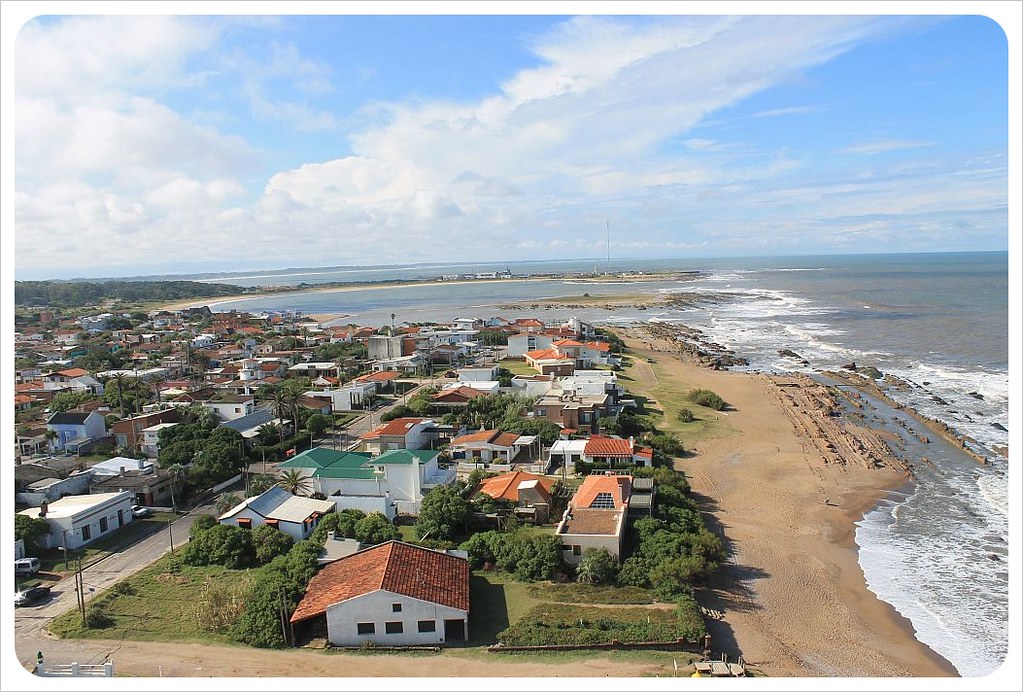 Cost of entertainment in Uruguay

Entertainment costs were actually our smallest expense. The most expensive activity we splurged on was renting bicycles in Montevideo, which cost us UYU200 / $10 per person for a four-hour rental. A 6-hour surfing course for beginners in Punta Del Este is UYU1900 ($100), a half-day city sightseeing tour in Montevideo is UYU650 ($30). However, most museums are only a few dollars and the majority of activities in Uruguay is free.

1 Travel in the shoulder season. If you travel in the dead of the winter (May – October) most of the beach towns will be completely shut down, but if you travel on either side of high season, you get great weather, less busy towns and much less expensive accommodation rates compared to high season months of December, January and February.

2 Don’t pay for water. You can drink the water everywhere in Uruguay, and you can ask for tap water in restaurants at no extra charge.

3 Cook for yourself whenever possible After accommodation, eating in restaurants was our biggest expense in Uruguay. We went to the supermarket and bought ingredients for pasta, sandwiches or stews and soups for a fraction of the price (and time) spent in restaurants. 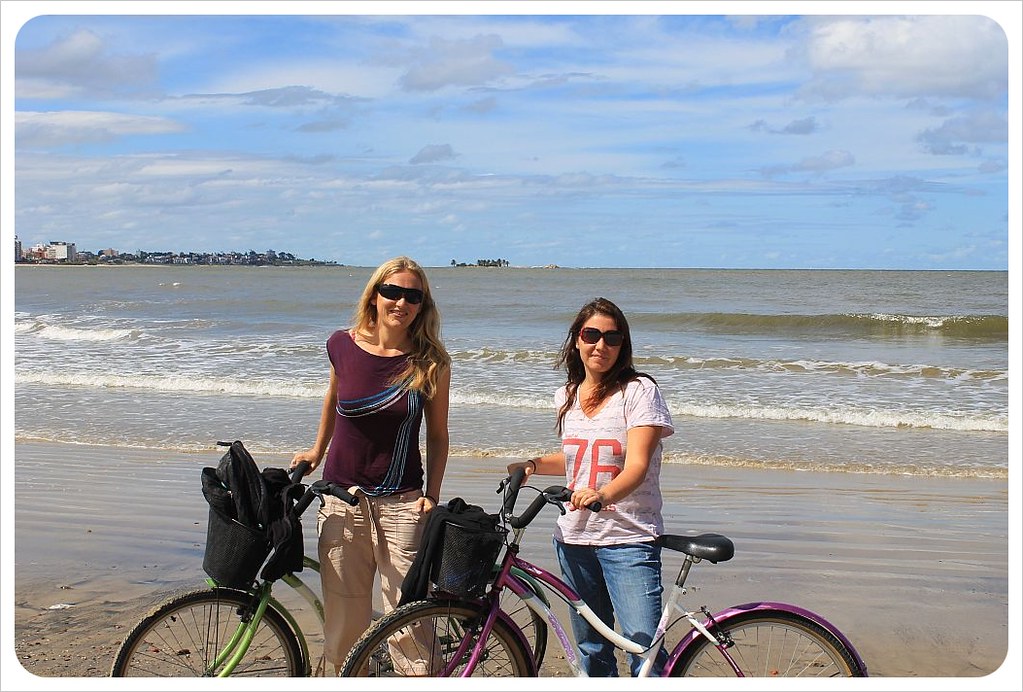 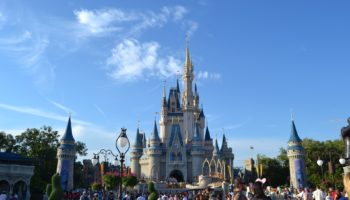 Planning the Perfect Trip to Orlando 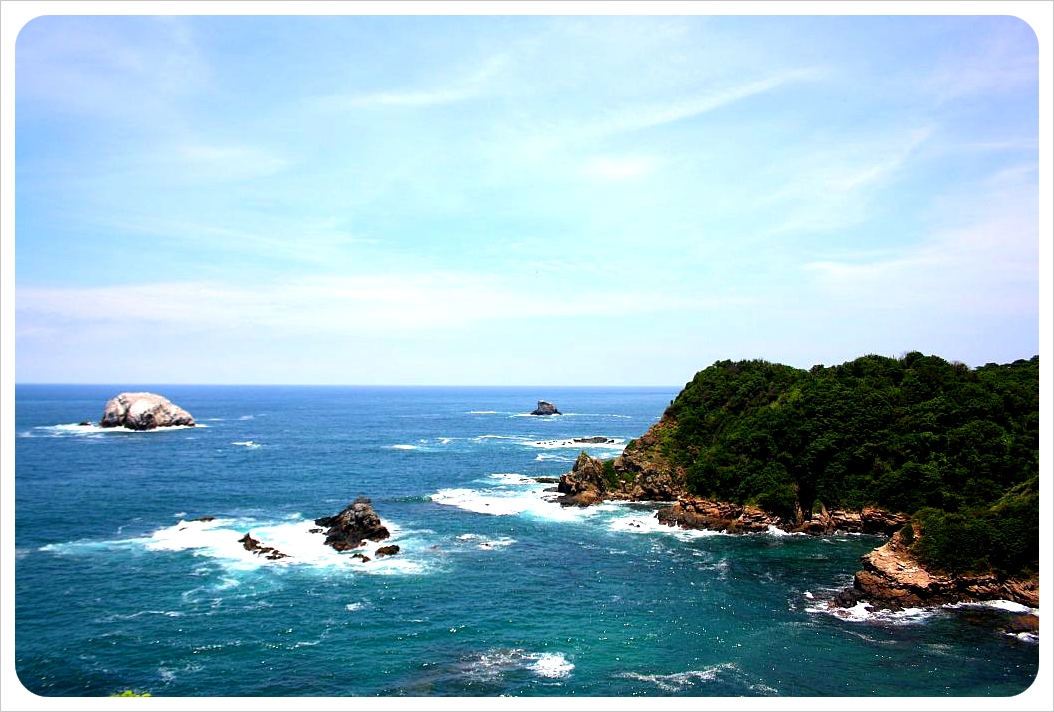 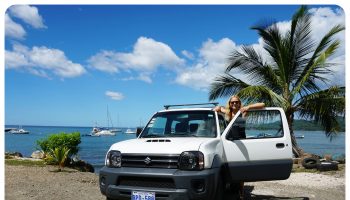