Destinations South America Uruguay by Jess on June 19, 2013 20 comments She Said She Said

Isn’t it funny how differently two people can perceive the same event?

When we rehashed what happened after experiencing an attempted robbery in Montevideo, the capital of Uruguay, the two of us realized just how differently we perceived the same set of events. Rather than try to meld it into one story, we’ve created another edition of our She Said, She Said series. We’ll let Jess start.

Of all the lessons I have learned in the past three years,  learning to trust my gut sits right at the top. The problem is all the second-guessing that happens just after that sharp pang of a gut feeling happens.

On our first night in Montevideo, the street Dani and I were walking down had become increasingly dark and uninhabited, but we were just a few blocks from our posada, in the heart of the Ciudad Vieja area of the capital. What could go wrong?

After ‘the incident’, when we compared stories, it turned out that Dani and I both had a bad feeling at the exact same moment on the street. About to turn right onto the street of the hotel, a group of three boys, one on a bike and two just standing around, stood huddled up on the corner and immediately I felt vulnerable, aware of how empty the street was, and these three were just too stereotypical – hoodies, baggy pants, BMX bike. It was because they fit the idea of a hoodlum so well that I convinced myself they wouldn’t do a thing. After all, we’ve been in all sorts of shady situations and almost nothing has ever happened to us.

Until that night, that is. We turned the corner, our backs now to the boys and with just one and a half blocks to go, I turned my head to make sure we weren’t being followed. In that moment, one of the boys was right behind us, reaching for Dani’s backpack, which she had securely on both shoulders. He yanked so hard that he pulled her down to the ground; she landed right on her back on the top of the backpack, making it impossible for him to grab it. Then, Dani started screaming bloody murder. Scared, frustrated and honestly quite pissed off at having to deal with this obviously amateur robbery attempt, I too started screaming, just screaming. Startled, he turned to run and any fear I had turned into anger. I ran after him, chasing him down the street where his other two, less bold, friends had been waiting for him.

‘Hijo de puta!’ I screamed after him, repeatedly, running down the street. Son of a bitch, asshole, and any other Spanish swear word I’ve ever used came flooding out of my mouth. After two eternity filled minutes, lights in upstairs apartments flipped on, and local residents padded barefoot downstairs to see what all the commotion was about. I screamed that they tried to rob us, that I had seen their faces and knew what they looked like. I screamed and yelled like a crazy lady. Then I turned to look at Dani who was crying and staring at me, shocked. Jess, I am scared. I just want to go back to our place now, please?

It was hearing the whimper in her voice that I realized she had not reacted the same way, and that I had left her, in the street, having just had someone pull her down to the ground. I felt terrible, and I still don’t know what came over me. But the way Dani tells the story now, I feature nicely as a bit of a hero, so I’ll take that over feeling like a crazy lady any day!

We have been traveling for nearly three years now and feel incredibly lucky to have avoided major incidents or mishaps so far. The worst that has happened was a woman on a chicken bus in Guatemala who attempted to slice Jess’ bag open with a knife – Jess realized what was going on before the woman could get anything – and of course when we fell hard for a scam in Bangkok– our egos are still bruised from this.

The scam taught us to keep our defenses up and stay vigilant, but now sometimes we are extra paranoid, such as when we see a group of teenagers and make them out to be big, bad robbers. Time has taught us that this paranoia is often completely off the mark.

That’s why, on our way back to our guesthouse from dinner in Montevideo when three boys started to walk behind us as we turned the corner into our street, I tried to talk down the feeling that they would try to rob us. I said to myself, ‘Dani, not everyone is after you, don’t be so paranoid all the time’.

I honestly felt guilty for presuming the worst in people, when the next thing I knew, someone was trying to rip my backpack from my back, pulling so hard on it that I fell to the ground. I started screaming uncontrollably. I was imagining knives or worse, a steel wire rope around my neck – though we had possibly been watching way too much Dexter at that point.

The attacker must have let go when I started to scream, but I couldn’t be sure. There I was, paralyzed with fear on the ground, and I see Jess yelling after them. Somehow they were already far away, and running further by the minute. I can’t believe how tough Jess is, while I am cowardly sitting on the floor, she is driving these thieves back.

My heart beat like crazy in my chest and I still couldn’t believe that had actually happened, even though when I saw the boys, I felt that they would rob us. Luckily, my backpack survived, my dSLR camera and my second lens were inside, undamaged, and we didn’t even have to hand over our long-expired debit card we carry around just for possible cases of being mugged.

All I wanted was to get back to the guest house. I felt sick to my stomach and was shaking uncontrollably. This could have ended so much worse, I was thinking, and I didn’t want to ruin our ‘good fortune’. Later in the posada, one of the co-op owners tells Jess how lucky we were. “North of the border in Brazil,” she warned, “people get stabbed or shot for backpacks everyday.” Hearing that made us happy to be in Uruguay, of course, but for the next few days we didn’t leave after dark. Ciudad Vieja is a charming old part of town during the day, but even then I was too worried about taking out my camera unless Jess acted like my bodyguard for each picture I would try to snap.

Is Montevideo unsafe? Not entirely, but increasingly so. Uruguay is a small country that has traditionally relied heavily on both tourism and business from neighboring Argentina. The 2001 economic crash there hit Uruguay hard, and things are slipping back into a serious recession yet again. InternationalMan.com, a website based in Uruguay, put it best: ‘When Argentina sneezes, Uruguay catches a cold’.

The truth is we had always pictured getting an apartment there for a month or two, and if you keep your eyes peeled for Dani’s Montevideo photo essay later this week, you’ll see the beauty that had always attracted us to the idea of an extended stay here.

However, now we might only recommend a few days in a nice hotel and then moving on to the quieter parts of the country, both on the coast in places like Punta del Diablo or Punta del Este, the popular Colonia del Sacramento just across the river from Buenos Aires, or head inland to experience the estancias and gaucho culture of rural Uruguay. What we wouldn’t recommend is running after thieves, no matter how deluded you are at the time to think you are tough! Nothing in your bag is worth getting hurt for, or worse! 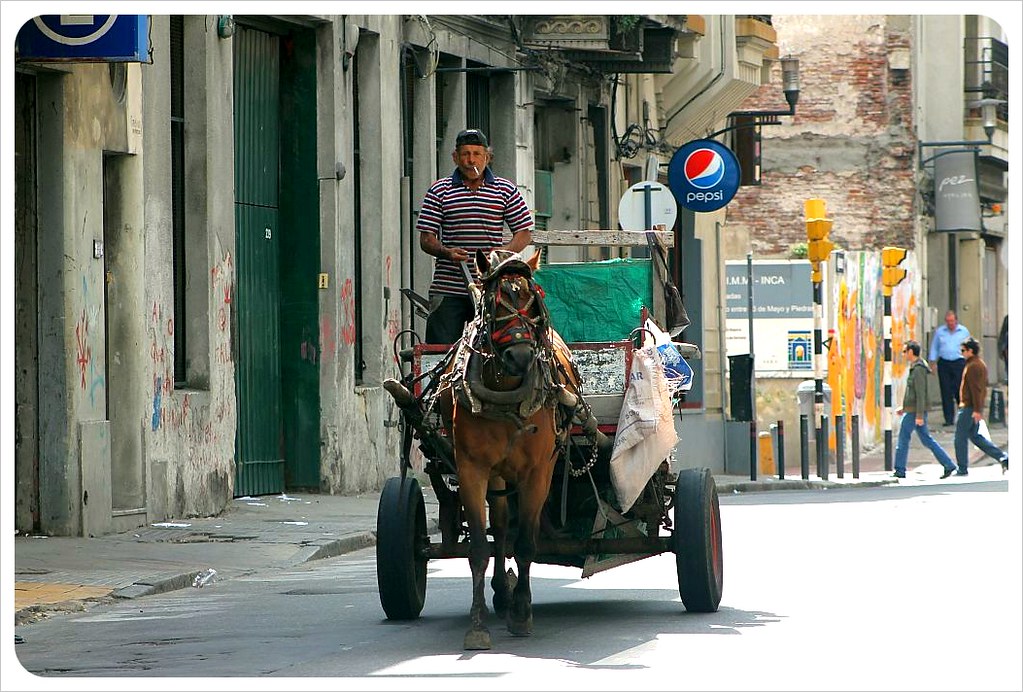 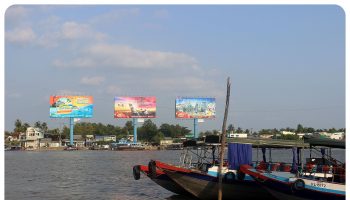