New York Polaroid of the Week by Dani on June 20, 2013 add comment Polaroid 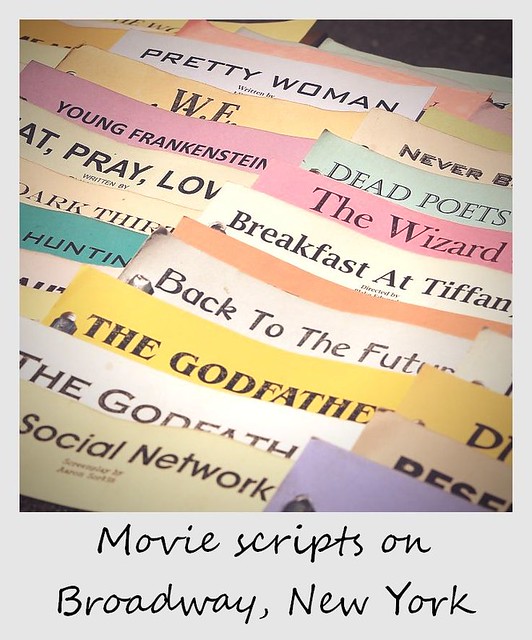 Most visitors to New York have heard of Broadway, the street most famous for inspiring one of the world’s greatest (if not THE greatest) theater districts in the world, but take an extended walk up this famous street like we did our last week in town and you’ll discover that Broadway truly IS New York City.

That is most likely because Broadway runs the entire length of manhattan, starting at Bowling Green at the southern end, and finishing to the north at 220th Street at the Harlem River, spanning 15 miles (24km). Technically it continues an additional 18 miles all the way to the city of Sleepy Hollow outside of the city in Westchester County.

Last week we attempted to walk the Manhattan portion from south to north, but ‘only’ managed to make it up to 125th Ave in Harlem. Seven hours and hundreds of photos and videos later, we had documented the city’s changing architecture and iconic sights that line Broadway, like Wall Street, the Flat Iron Building and Times Square, but the highlights were actually found in the little details of the changing neighborhoods along the way. In a few weeks, we will be publishing a photo essay documenting the subtleties that make up the heart of New York, from the Financial District through to the Upper East Side and to the edge of Harlem. In this week’s Polaroid, we zero in on just one of those little details, a table full of people’s favorite movie and TV scripts running between $15-$20 each. As someone who loves movie quotes, it was hard to walk by without picking one up!

How to handle bank accounts while traveling long-term

A little piece of Europe: 24 hours in Quebec City