Chile Polaroid of the Week by Dani on March 7, 2013 10 comments chile patagonia Polaroid 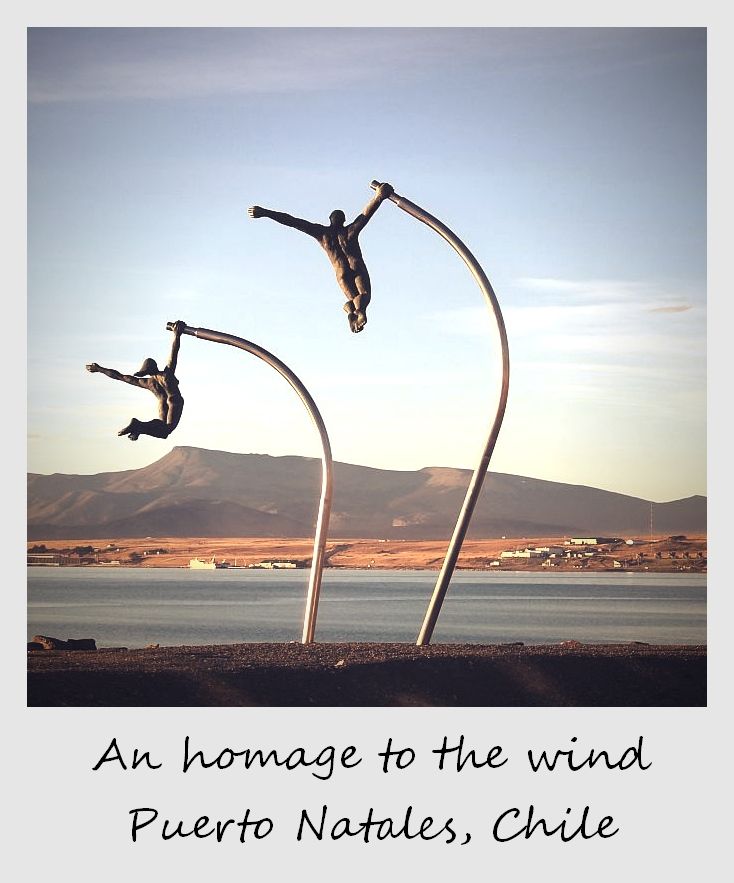 Traveling slowly southward through Patagonia, we are making our way to the southernmost city in the world – Ushuaia, Argentina. This week we spent a few days in Puerto Natales, Chile, the closest town to Torres Del Paine National Park. The park is famous well beyond Chile’s borders for its ‘W Trek’, a 5-day hike that is considered one of the Top 10 hikes in the entire world. Since we posted quite… a few… photos… of Torres del Paine on Facebook already, we are dedicating the Polaroid of the Week to the wind (Jess is from the Windy City, after all).

This region of Patagonia is known for the notorious winds (check out this video!) that many hikers experience at some point during on the treks in the park, and these winds can easily reach 100km per hour. Luckily, the weather was unnaturally calm and sunny during our visit and we didn’t get blown away (some hikers apparently do get blown over!).  During celebrations of the city’s 101st anniversary in 2012, two sculptures were erected on what is going to be Puerto Natales’ Plaza of the Wind. The sculptures, appropriately named ‘Amor al viento’ (Love of the Wind) are an homage to these winds: The bronze figures of a man and woman (both 2.5m tall) hang on 8m poles and supposedly even swing/sway a bit on the poles when the winds are in full force!