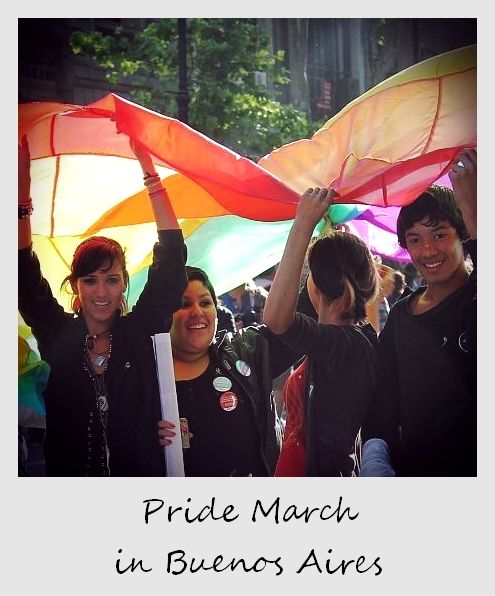 We arrived in Argentina just in time for the biggest pride parade in the country – the 21st gay pride march in Buenos Aires. The parade starts on the Plaza de Mayo, in front of the Casa Rosada (the office of Argentina’s president) and follows the Avenida de Mayo up to Congress. Argentina is the gay-friendliest country in Latin America and has improved gay rights significantly over the last few years.

The first country to legalize gay marriage (including adoption rights) in 2010, Argentina is also the first South American country to approve a gender identity law, which grants people the right to change their physical gender identity without having to undergo a longsome psychiatric and judicial process beforehand.