Argentina Polaroid of the Week by Dani on November 30, 2012 7 comments buenos aires Polaroid 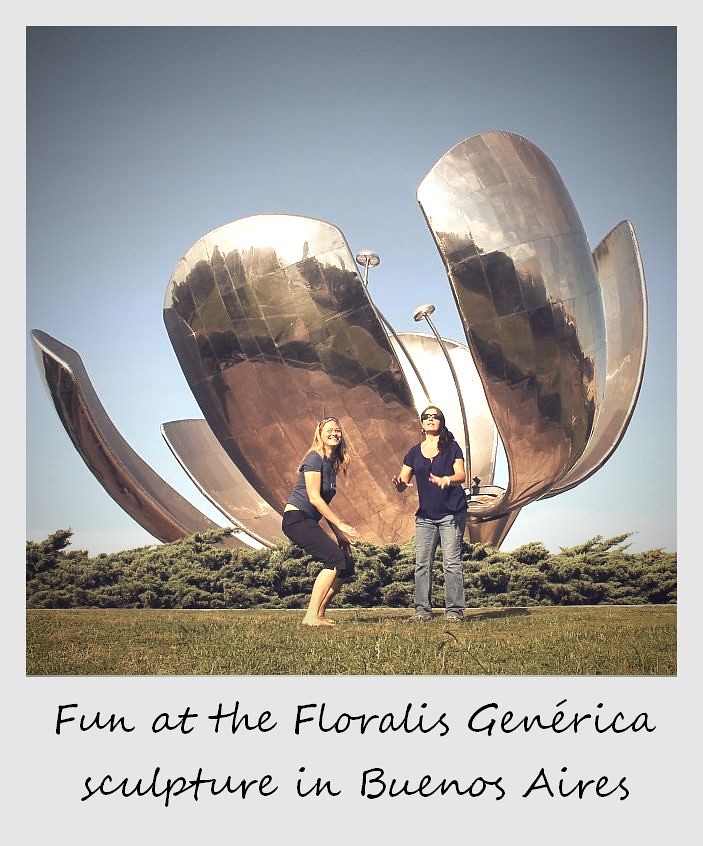 We had seen the giant steel flower on postcards around Buenos Aires, and last week we decided that it was time to finally see it for ourselves.

Called Floralis Genérica, this giant flower was a gift to the city by its architect Eduardo Catalano ten years ago and is now one of the most recognizable landmarks of Buenos Aires. However, many Porteños (Buenos Aires locals) feel that it is truly a symbol of the city for the following reason. Initially, the flower used to open its petals every morning and close them after sunset. Recently, and suddenly, the flower stopped working and sits still, and unfixed, for the last couple of years (apparently like many things in the city).

But hey, we still had fun hanging out by this silver masterpiece, taking funny photos jumping in front of it on a beautiful spring day!