Argentina Polaroid of the Week by Dani on November 22, 2012 4 comments buenos aires Polaroid 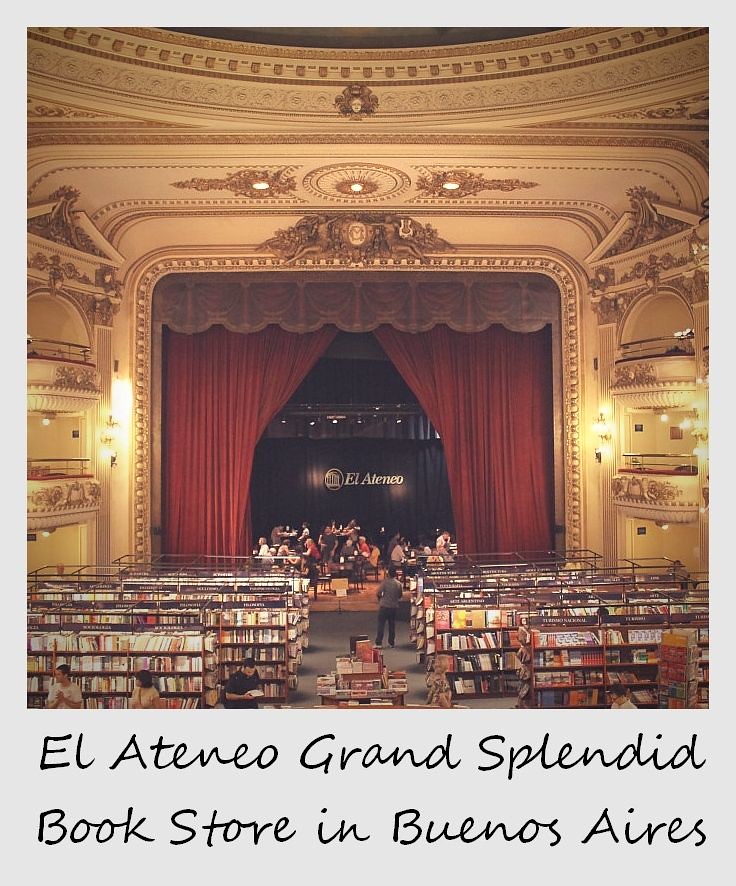 What opened as a theater named Teatro Gran Splendid in 1919 is now home to the most beautiful book store in Buenos Aires – maybe even in the entire world! The building was first used as a theater, then was a cinema throughout the thirties, but was forced to shut its doors and sat empty for decades.

In 2000, the Ateneo bookstore chain bought the building and decided to renovate the historic theater to house its flagship store in the capital.  The theater seats were replaced by bookshelves, but the grand interior including the theater boxes and the red carpets remain.

The stage is now a cafe where you can sit and read while sipping a cafe con leche and looking out into the audience – of book-lovers browsing the shelves. If you come at night, musicians play typical Argentine music on pianos or accordions to entertain readers who enjoy their books in the former theater boxes. Sat on the stage at a small table, we listened to a fiery Argentine who passionately played the accordion, imagining what it must have been like to be on stage as an actor almost one hundred years ago, looking out into this beautiful hall.

It is no wonder why, within only a few years, the theater has become much more than just a bookstore. It now welcomes over 1 million people every year who curiously admire the architectural features, the ornate carvings, the stage curtains and the painted ceiling of what was once a place of grand and splendid performances.