You may go about your day never once thinking about a three-toed sloth, or a two-toed sloth, for that matter. The minute you arrive in Monteverde, Costa Rica, however, talk of sloths is everywhere, and while it is possible to take tours which involve spotting these slow moving creatures, the truth is this is not necessary. Sloths are present here, so much so, in fact, that right in front of our hostel in Monteverde, which was next to the appropriately named ‘Sloth’ hotel, all us guests poured out onto the street to see a sloth doing a bit of a very slow tight rope act along the electricity wires leading across and along the street.

The next day, after deciding to walk back the seven kilometers from the Monteverde Cloud Forest to the village of Santa Elena, a brand-new building marked ‘Sloth Sanctuary’ caught our eye. After our first sloth encounter we were fascinated by these funny-looking creatures and decided to pop in for a visit. 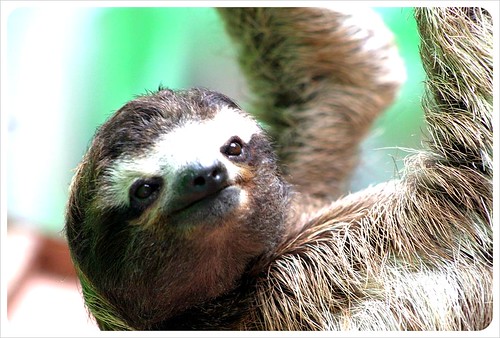 The Monteverde Sloth Sanctuary is the actually the second such sanctuary in Costa Rica, the first having been founded in the Caribbean town of Cahuita by animal-lover and American Judy Aroyos, who, many years ago, adopted one baby sloth whose mother had been killed. Taking in more and more injured sloths, Aroyos and her husband founded Aviarios del Caribe, to cope with sloths who had been bit by cars, bit by dogs or hurt by climbing electric cables. The more the country’s infrastructure developed, the more the sloth’s natural environment has been endangered. Not surprisingingly, these animals have been slow to adapt to the change. 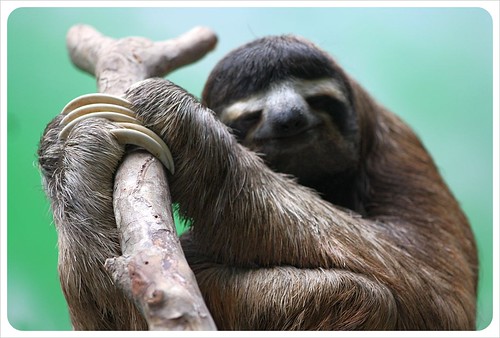 Both Avarios del Caribe and the Monteverde Sloth Sanctuary are run by Aroyos, treat injured sloths and returning them back to the wild once they’ve recovered, although some have been raised here since birth and can never adapt to living in the jungle. While Avarios is home to more 100 sloths, we spent about an hour goggling over a dozen three and toe-fingered sloths (first learning that the correct term is three-fingered not three-toed sloth). 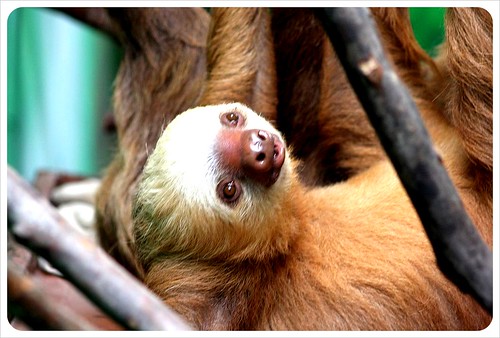 The creatures are unlike any other we’ve seen, and while they can actually appear quite human like at times, the sloth biologically resembles marsupials more than humans. While sloths seem to be quite large as these eternal loungers lie up in the limbs of trees, they are actually light as a feather relatively at only 12lbs or 6kg for a grown male. 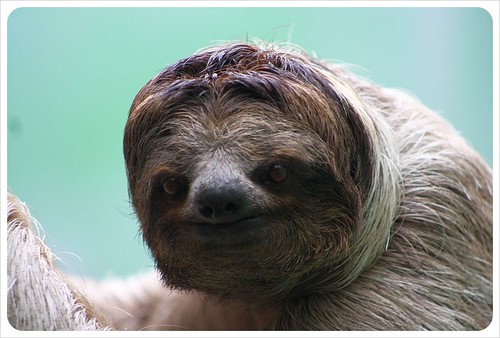 We fell in love with these little creatures and are certain that if everyone had the chance, they would, too! Both Costa Rican sloth sanctuaries are privately managed rescue and research centers and rely entirely on donations. Volunteers are always welcome as well, to take care of the baby sloths, feeding them, cleaning the cages, providing medical treatment and spreading the world about the importance of these creepy but cute Costa Rican creatures. Have a look for yourself by watching this clip on the as the owners of the sanctuary discuss the animals and the importance of helping to save the sloth population. 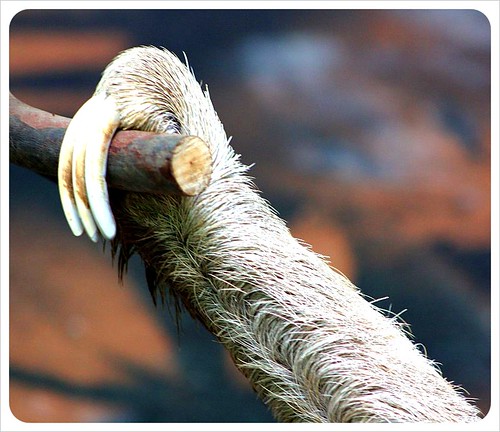