Montezuma is easily one of Costa Rica’s most beautiful beaches, but our love affair effectively ended after spending three days there in February 2011. This can not be attributed to the ten-month build-up or overly-high expectations, and while I’d like to blame the rose-colored glasses of youth, it’s not that either. Montezuma has changed…and we don’t want the same things out of life anymore. 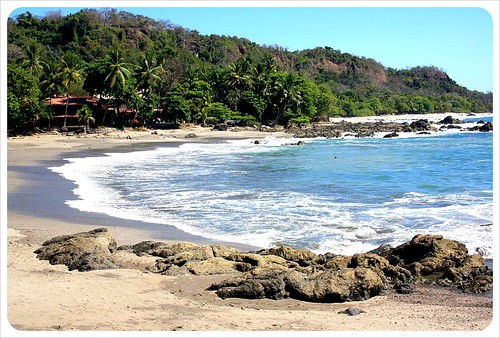 It all started in 1999, during my Junior year in college, when I studied abroad for a year in Heredia, an hour outside of San Jose, Costa Rica – a decision that would forever change the course of my life. During that inspirational year, a close-knit group of twenty or so friends traveled throughout the country together every weekend, and we particularly fell in love with Montezuma, near the tip of the Nicoya peninsula on the Pacific coast. Back then, two perpendicular streets and the corner they formed made up the sleepy beach town, which was lovingly nicknamed ‘Montefuma’ by the free-spirited Argentine hippies, Afro-Caribbeans selling jewelry and old drunken British/American tattooed sailor types who had all settled here. For a group made up of fairly privileged middle class American college kids, losing ourselves in conversations with people living such alternative lifestyles made us feel out of our element and very much alive. 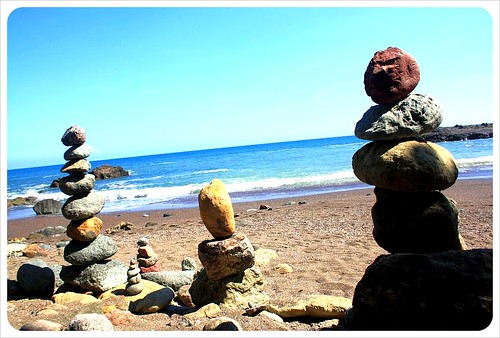 A gem itself, the tiny town is really the entry way for a string of stunning, deserted beaches, each one completely different to the next: one might be a small cove filled with colorful pebbles and water crashing violently against giant black rocks, and around the next curve, a stretch of long, wide beach with shallow water and gentle waves provide perfect surfing.

Everyone who ended up here was instantly drawn in to the collective desire to say Damn the Man and live freely on this beach, laying out by day and drinking beer at Chicos, the only bar in town, by night. With the exception of eating at a few cheap sodas (small typical Costa Rican restaurants), we otherwise bought the essentials – bread, beans, bananas and beer – at the only corner store in town. We didn’t need anything else and kept on coming back for more.

Even two years later, when I was then living in Guatemala, a smaller, more international group of friends and I set off on the three-day Tica Bus pilgrimage from Antigua, Guatemala to Montezuma, Costa Rica and enjoyed the same carefree time as I always had before. 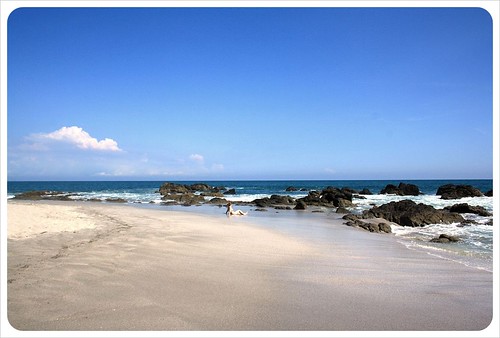 Twelve years after my first visit, as Dani and I made our way down through Mexico and Central America, I had gone on and on about my favorite beach in Costa Rica. I felt nervous, almost protective, over my little town, hoping Dani would love it, that she would ‘get it’ the way that we had ‘gotten it’ back then.

However, after a long drive from Samara Beach, as we made the final turn into town, I didn’t even have to get out of the shuttle to know Montezuma had changed forever. The Damn the Man motto was gone – the Man has arrived here, and he is thriving.

Rental cars pack the once empty streets, competing for space with the humming 4wds, now the popular way to race up and down the long stretches of still relatively deserted beach. While the very central Hotel Montezuma and some of the smaller cheap hostels were still in tact, there is a whole slew of newer mid-range accommodation and overpriced restaurants charging $12-$15 per meal. The hippies have grown up, gotten jobs and had families. Montezuma, Costa Rica is now filled with organic food restaurants and luxury yoga resorts. The center of town is now filled by a sprawling, well-constructed playground for children. 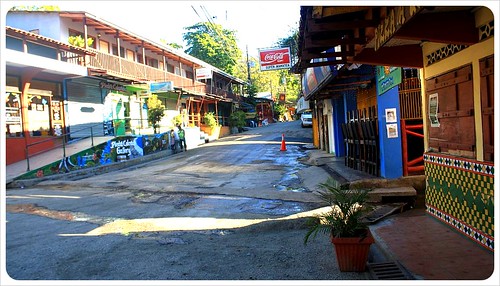 Not only a family-friendly destination, Montezuma also now caters to higher-end visitors with packaged boat and jungle tours, plus expensive speed boats connect the town to Jaco and Manuel Antonio across the bay – otherwise only reachable by a long six-hour bus-ferry-bus slog  (for a total of $10).

The little corner shop still has cheap cans of Gallo beer and boxed wine, but the brand new supermarket up the road has German chocolate, French cheese, and nearly every American product someone could miss from home. Visitors to Montezuma now range from young European families to retirees from the Deep South and the Far East.

Montezuma packages the memory of itself as a free-spirited, relaxed beach town and sells it to those who fell in love with it  all those years ago.

With those stunning beaches and prime location, Montezuma was bound to become a star and claim its position slap bang on the main tourist path. As far as we could tell the development has done a world of good. There is strong economic and social infrastructure in place with no evidence of increased pollution or damage to the land: the town is kept clean. In fact, no one but us seemed disappointed about the change. 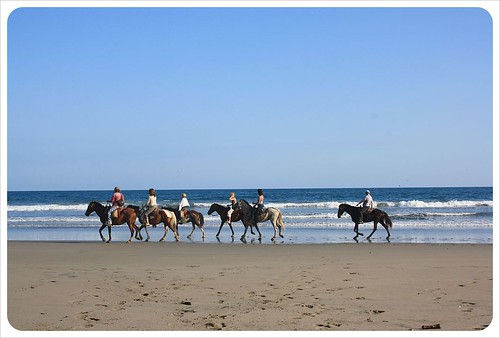 I say ‘us’ because Dani wanted no part of the tourist trinkets, overpriced dinners and pre-packaged tours, either. In spite of the all the beauty, that magical vibe has long since been lost. This is another reason why we beg you not to go to Samara Beach, for fear of the same thing happening to our little treasure on the Pacific Coast.

Have you ever returned somewhere you used to love, only to find it a completely different place? Feel free to commiserate with us over the loss of your favorite hidden spots. Plus, please let us know any places we definitely shouldn’t visit, that have completely sold out to tourism anywhere in the world!