I raved about our houseboat cruise through the backwaters of Kerala in southern India several times, and how it was the highlight of my time on the subcontinent. I would have never imagined that India could be as peaceful and relaxed as it was in the little villages along the canals we softly glided down on our three-day cruise while enjoying home-made dishes and the silence around us – a welcome change to the noisy and hectic big cities. However, you don’t need to go all the way down to Kerala to have a relaxing experience like that – much closer to the famous sights and cities of northern India that are on most travelers’ itinerary is Goa, known for its tropical beaches at little prices. If you’re not sure about visiting Goa – this article is for you. While the heyday of Goa as ‘hippie capital’ and ‘trance mecca’ might be over, there are still remnants of those eras that put Goa on the international map of wide beaches, swaying palm trees and wild parties.

Not only is Goa a fabulous beach destination, it is also the perfect introduction to India. You get the delicious food, spice markets, Hindu temples and cheap markets at a much slower pace than the rest of the country, along with a well-developed tourist infrastructure. Here are five reasons why I think you should visit Goa: 1 Why To Visit Goa: The Price

Since the best time to visit Goa is the winter (November to February), it offers much better value for money than other destinations that offer sun, beach and tropical temperatures at that time of year. There are some great deals for package holidays to Goa from the UK and the rest of Europe, but if you are traveling in other parts of India, you can hop on a cheap flight with one of India’s growing number of budget airlines and research hotels in Goa online. My go-to website for hotels in Goa (and anywhere in the world, really) is Booking.com. Once you’ve paid for your flight and hotel, you won’t need much more money – most restaurant offer a full meal for less than $5, tuktuk and bus rides are usually under $1, and drinks are $2 to $3. 2 Why to Visit Goa: The beaches

Goa has over 70 kilometers of beaches, and there are dozens of little beach towns to choose from. Calangute, Baga and Anjuna are some of the most popular beaches in the north, Palolem and Colva are famous beach towns in the southern part of the state. The busiest beaches are Candolim, Sinquerim and Calangute – if you are looking for more quiet, serene beaches, head to Arambol, Patnem or Asvem. Most beaches offer water sports, as well, and you’ll find kitesurfing, windsurfing, jet skiing and paragliding. 3 Why to visit Goa: Scrumptious food

No matter where you’re spending your vacation in Goa, you will find delicious Indian food EVERYWHERE! You will probably come across some of the dishes you know from the Indian restaurants back home (Tandoori Chicken, Chicken Tikka Masala, Aloo Gobi, Palak Paneer, Naan, etc) but be prepared to fall in love with new flavors and dishes that are unique to Goa.

Goan cuisine is known to be influenced much more by the state’s proximity to the sea and most dishes are seafood-based and/or influenced by the Portuguese, who landed here in the early 16th century and stayed for over 400 years, leaving only in 1961. Don’t miss the famous Goan fish curry while you’re in Goa! 4 Why To Visit Goa: Interesting culture and history

As mentioned above, Goa was a Portuguese province for about 450 years, which means that the Portuguese influence is still noticeable throughout the state. There are equally as many Catholic churches here as there are Hindu temples, and you’ll find beautiful Portuguese architecture in Old Goa, the former colonial capital of the state. It is located about twenty minutes east of Panjim, the state capital, which also has charming Portuguese churches and charming historic buildings.

If you want to get to know the Hindu culture better: Shree Manguesh temple is the most impressive Hindu temple in Goa, set in the beautiful village of Mangeshi. The temple is located between Margao and Panjim and is easiest visited by taxi.

TripSavvy has a great article featuring 11 things to do in Goa beyond the beaches. 5 Why To Visit Goa: Markets and spices

Anjuna’s hippie market might be smaller than it used to be when the state became a popular hippie enclave in the 1970s and 1980s, but it is still going strong and shouldn’t be missed. You’ll find some amazing bargains for souvenirs, clothes and jewelry here. The market takes place every Wednesday and taxis to Anjuna can be arranged from anywhere in Goa. Goa is also known for its rich spice plantations, where you can learn everything about Indian spices (such as chili, cinnamon, cardamom) and other fruits that are locally grown, such as coconuts, betel nuts and pineapples. Check which spice plantations are closest to the beach you are staying at and go on a tour of a spice plantation – of course you can also buy some spices directly from the farm! When to travel to Goa

The best time to visit Goa is from late October to early March, when the temperature is perfect (around 28℃ / 82℉) and high season is in full swing. The summer weather holds until May and you can take advantage of shoulder-season deals if you travel between March and May. After that, most of the beach downs shut down completely for the monsoon season and businesses reopen in October / November.

How to travel to Goa

If you book a package deal, flights and transportation from and to the airport will be taken care of. If you plan your trip individually, you can fly into Dabolim, Goa’s only airport, which is served by charter flights from Europe or can be easily reached through connecting flights from Delhi, Mumbai and all other major cities in India.

Where to stay in Goa

Hotels in Goa range from small boutique hotels to large resorts right on the beach – do your research to make sure you end up on a beach that’s right for you. Some beaches attract more of a party crowd, while the beaches in the South are quieter, so keep in mind while looking for hotels that not all beaches in Goa are the same.

If you’re planning to stay longer, you may also want to check out the Airbnb’s available in Goa, which are often cheaper than hotels for long-term stays and offer amenities such as kitchen and an extra living room, or an additional bedroom.

If you don’t have an Airbnb account yet, sign up through my referral link and get up to $40 off your first booking! 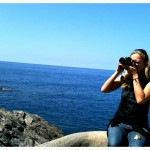 3 Timeless and Relaxing Activities to Do While You’re On Vacation
Click here to cancel reply.