Two weeks in Tuscany just wasn’t enough for us, and from the minute we left, back in 2011, we started plotting a way to stay a bit longer term and let the true unspoiled beauty sink in.

Blessed with abundant hillsides, ancient ruins and historic landmarks –there are 15 UNESCO World Heritage Sites here alone. Tuscany felt like a place to recharge our batteries and slow down enough to gain some perspective on life and travel. While it is possible to relax in a luxury villa sipping exquisite wines and lounging all day, you would miss all the little details of everyday life that add up to make this one of the world’s most desired destinations. Each town has its own character and charm – Pisa is one such town that is easily overlooked beyond its famous leaning tower. The Campanile or Leaning Tower

The tower is synonymous with Pisa, and indeed, of all the Tuscan towers atop rolling Tuscan hilltops, this experience of climbing this one is unlike any other.

Originally built as a vertical tower, the soggy ground made it impossible for the structure to stand erect, hence the tilting to one side. Despite this ‘flaw’ it is one of the most iconic structures in Europe, right alongside the Basilica in Rome and the Eiffel Tower in Paris. So, go climb its six floors using the spiral staircase and enjoy the views of the surrounding scenery from the top or see the seven bells up close. Previously owned by the Medici family, who dominated politics and culture in Florence for nearly three centuries, the Palazzo Reale houses a considerable antique collection. Of particular interest in this landmark structure is the Gioco del Ponte, where, in the past, people lost their lives playing games for the entertainment of the family and their guests. The body armor, weapons and artifacts displayed on site are the real ones used by people during these tournaments. The Cathedral of Pisa’s Baptistery

Known as the world’s largest baptistery, the building,  one of the biggest in Pisa and Tuscany, is set right on the Piazza del Duomo along with the leaning tower itself.  Built in the 12th century, visitors can see depictions of the life of St. John the Baptist and relive the experience of what it was to live in those times. Careful what you say, as the acoustic properties of the baptistery allow echoes and sounds to go on for minutes on end, long after they’ve been uttered. Popularly known in Pisa as the cemetery, the ancient monument and architectural masterpiece is one of the most elegant burial places in the world. First constructed in the 13th century, Italy’s elite locals found an eternal home here, marked by nearly lifelike statues of men and angels. The art, culture and history within the Campo Santo makes it one of the most fascinating places to visit in Pisa. You wouldn’t just go to the Eiffel Tower in Paris or the Statue of Liberty in New York, so get out and explore Pisa, the key to some of Tuscany’s most important pieces of history.

You can see our top five towns in Tuscany here. Even though we loved Pisa, it didn’t even make the cut – that’s just how incredible spending time in Tuscany is, to explore these gorgeous little laid back towns!

What about you? If you have visited Pisa, what did you find thrilling or intriguing about the place? What’s your favorite place in Tuscany? Let us know in the comments below. 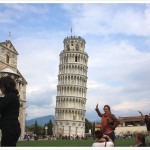 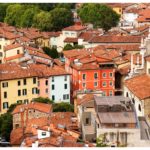