People who have been to India seem to always say, with that all-knowing nod, either you love India or you hate it.

We had been in India for a few weeks already, however, and I couldn’t make my mind up how I felt about the country. I knew for sure that I didn’t hate it, but that didn’t mean that I loved it, either. I knew I liked it – the smells, the colors, the people, even the chaotic scenes in the streets: tuktuks whizzing around cows while a herd of goats is shooed across the road by a wrinkly old lady in a bright orange sari forcing an overcrowded bus to swerve out of their way. 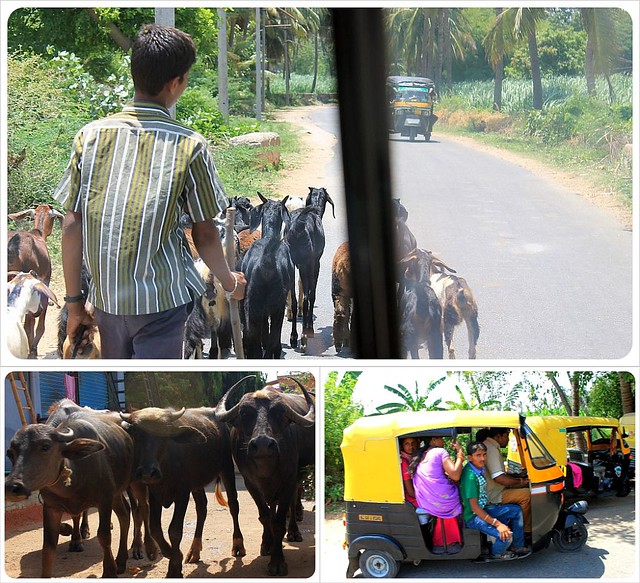 Once I got used to it, I even began to enjoy the 50 cars, tuktuks, buses and trucks at any given time holding a huge concert of honks.

And of course, I liked the food. Jess and I would name Indian as one of our absolute favorite cuisines, and being in southern India meant sampling dishes we had never had, like curries with coconut or mango which are uncommon on menus outside the southern sub-continent. 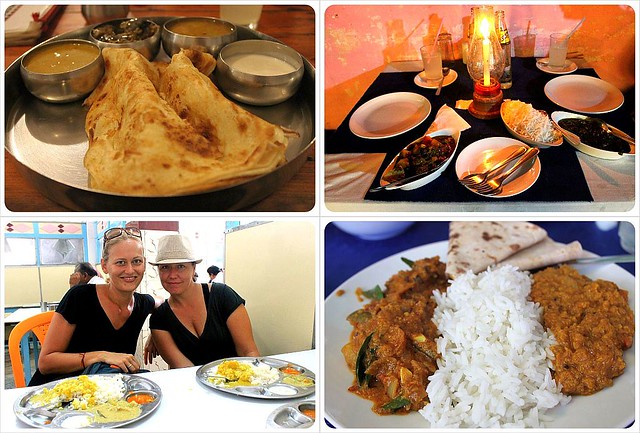 But did I love India? They say that if you don’t know if it’s love, then it’s probably not. There were certain things that I definitely loved, like our incredibly relaxing Keralan houseboat cruise, but I wasn’t blown away by any of the towns we had visited, or the beaches. We had even seen prettier Hindu temples outside of India than the ones we came across in Kerala and Goa. The same went for the food; despite mouthwatering food on the houseboat, back on land we had better Indian cuisine outside the country (I am looking at you, Malaysia!).

And then I went to Hampi.

I was feeling blue when we arrived there because I had left Jess behind in Goa with a knee injury and endured a bumpy 10-hour ride in a rickety old bus which, ten miles outside of Hampi, was bombarded by shouting touts, all trying to get us into their guest houses in town. Once we shook them off, the bus continued on to Hampi, and as we drove this last stretch, my mood changed drastically. 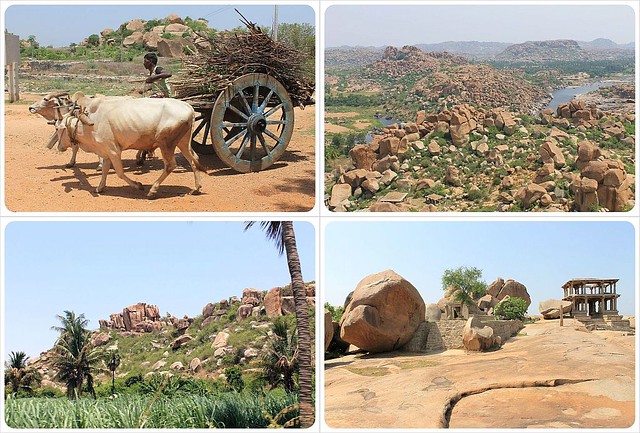 We passed oxcart after oxcart, some transporting goods, others groups of people to work the fields. Farmland morphed into a landscape that looked as though it had rained boulders, all perched on top of each other as far as the eye could see, glowing bright orange in the morning sun.

I loved everything I saw.

The people
The town of Hampi is located on the ruins of Vijayanagara, the capital of the former Vijayanagara Empire, and home to the significant Virupaksha temple, one of the holiest temples in all of India. Like Mecca is for Muslims, every Hindu must visit Hampi at least once in their lifetime. This means that Indian visitors are pilgrims, not tourists. Many of the large families, who camp by the river, have come from such remote parts of India that they have never seen a foreigner. Until they see us in Hampi. 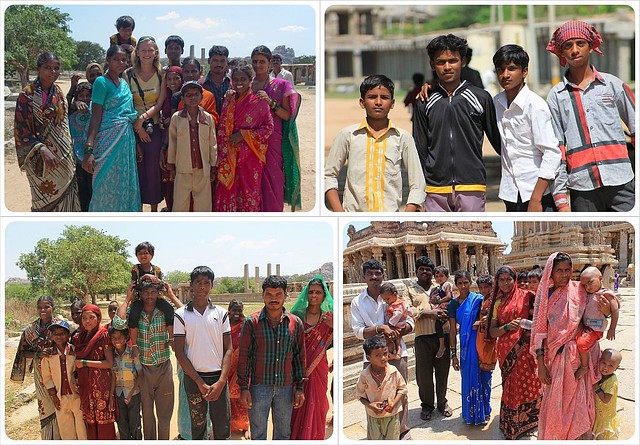 Their curiosity and excitement to see a white person is so honest, and heartwarming. They loved us – and our dSLR cameras. Most had never seen a camera before and were ecstatic about seeing their own faces on our camera screens. In some of the temples, the crowds gathering around us were uncomfortably large, but we always left our new friends with a big smile on our faces, wondering how many random Indian family photo albums our faces might end up in.

Even when I was a silent observer, not the center of attention, I loved watching the families camping by the river get ready in the morning: their daily ritual of showering and brushing their teeth, mothers washing their daughters’ hair all right next to the temple elephant Lakshmi as she got her morning scrub. The town barber, with his shop on the hill overlooking the scene, must have the most scenic view of any barber in the world. The chai wallah would go around on his bicycle selling hot masala chai tea to the men and women who emerged the river freshly soaped and sparkling clean. A couple of street vendors served breakfast chapatis with a potato stew and coconut sauce, while the families who had come to Hampi to worship made their way to the temples. 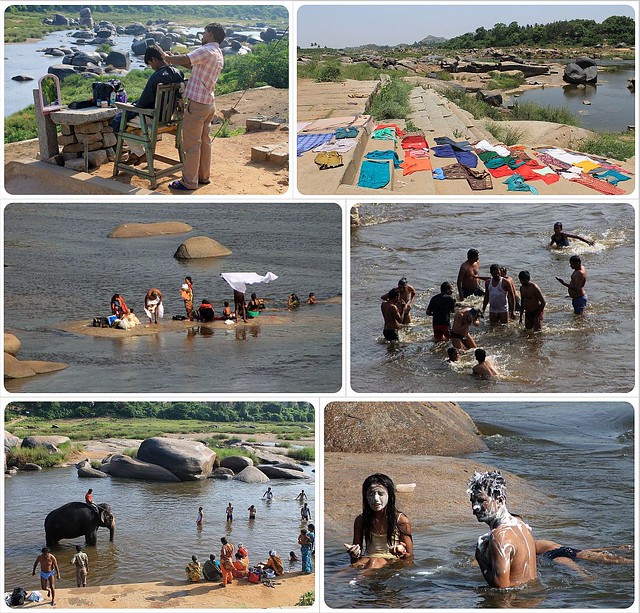 The temples
Until I arrived in Hampi, I had not seen any impressive Hindu temples, but that quickly changed. The temples in this holy city are spectacular, especially the Virupaksha temple in the center of town with all of its carved images and 49m high tower, and my personal favorite, the Vittala Temple, with its incredible stone chariot, elephant stables and the underground shiva temple.

I could have spent days visiting all the ancient temples that are spread out over miles across the incredible terrain. 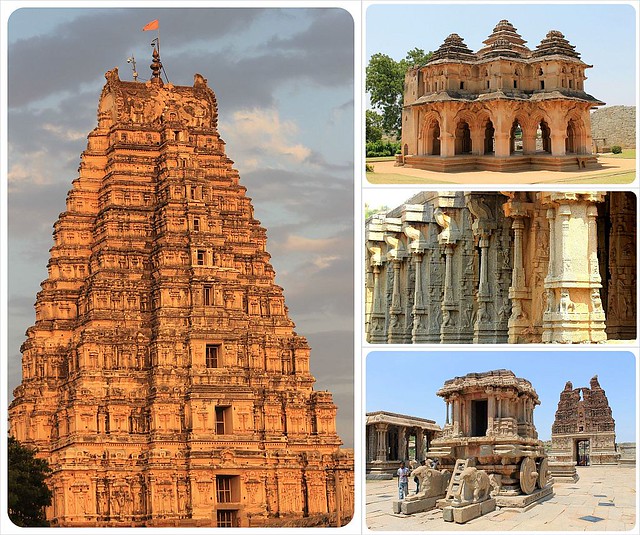 Village life
As we walked through the village, we were stunned by the amount of ruins – we had expected temple ruins, but not the ruins of houses. Apparently, in an effort to reduce overcrowding of such a holy location, the government had come in and demolished half of Hampi’s houses, but made no effort to clean up the rubble. The parts of the village that were still intact were charming though, with the smiling children playing in and around colorful houses out-numbered by cows, who were more populous than all human villagers combined. Women were sitting together sipping masala chai teas watching their men play a game with bottle tops, girls did laundry and vendors of baskets and other goods shuffled up and down the streets. The scene felt magical and I knew as I took it in that I was in love with Hampi. Plus, I think these puppies, who lived right outside of our guesthouse, might have had something to do with that… 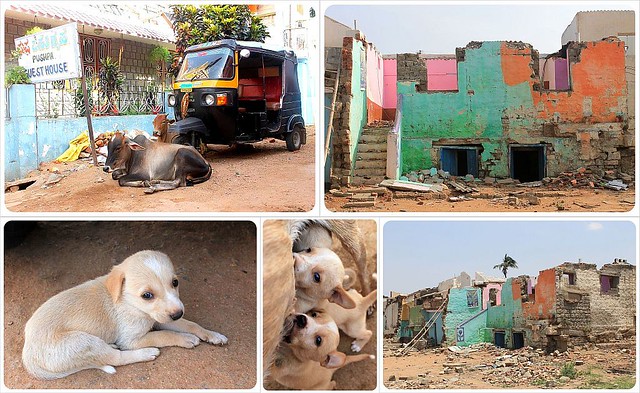 The scenery
Hampi is home to other-worldly landscapes that felt like being on an entirely different planet. Sometimes (especially near the river) I felt like I was in Sedona, Northern Arizona, surrounded by red rock boulders, until a banana plantation would come into view and it felt nothing like arid Arizona anymore. With rows and rows of bright green palm trees swaying in the wind, I was reminded once more that this was definitely India. 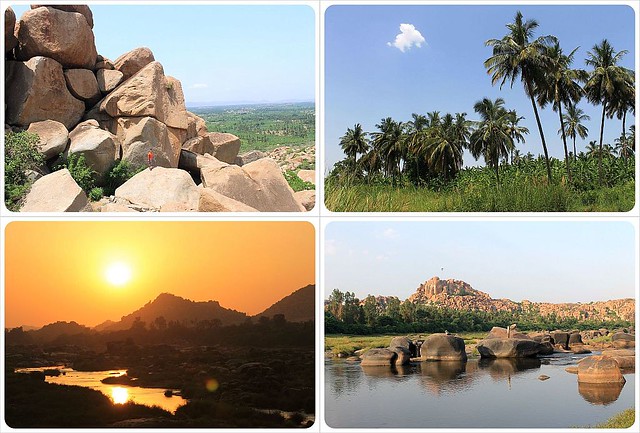 Several restaurants have rooftop tables to enjoy the views, and these are the perfect spots to chill out after a morning of exploring the temples. I indulged on incredible Indian food and great lime sodas. My favorite was the Bamboo Chill Out restaurant, which had comfy beds surrounding low tables. As I laid there one afternoon, sipping my soda, I felt some of the harder moments of traveling in India slip away and I felt revived, refreshed. In Hampi, I found the India I was looking for.

I will be back, Hampi, and next time, I am bringing Jess with me. 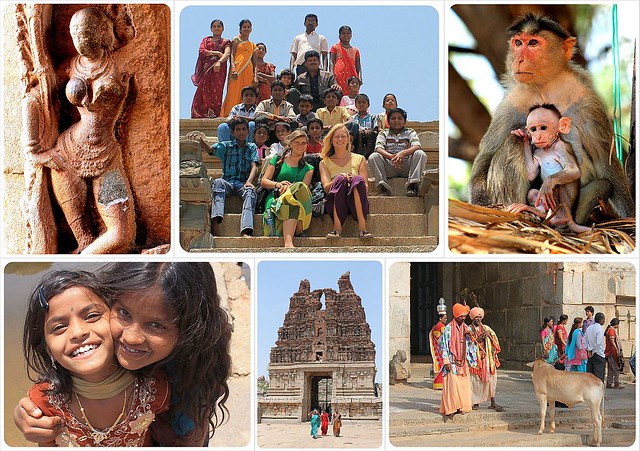 Here are my favorite shots from Hampi:

The ‘Where the other shoe drops’ project 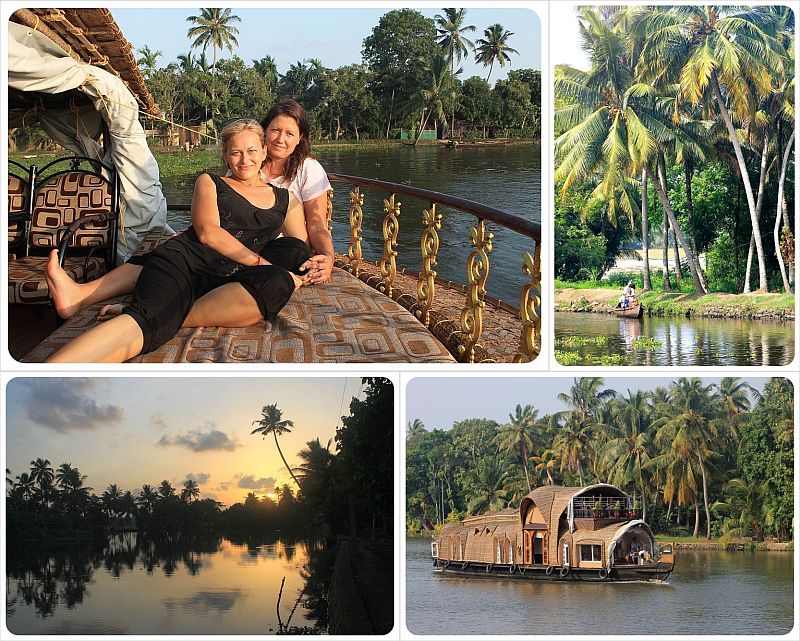