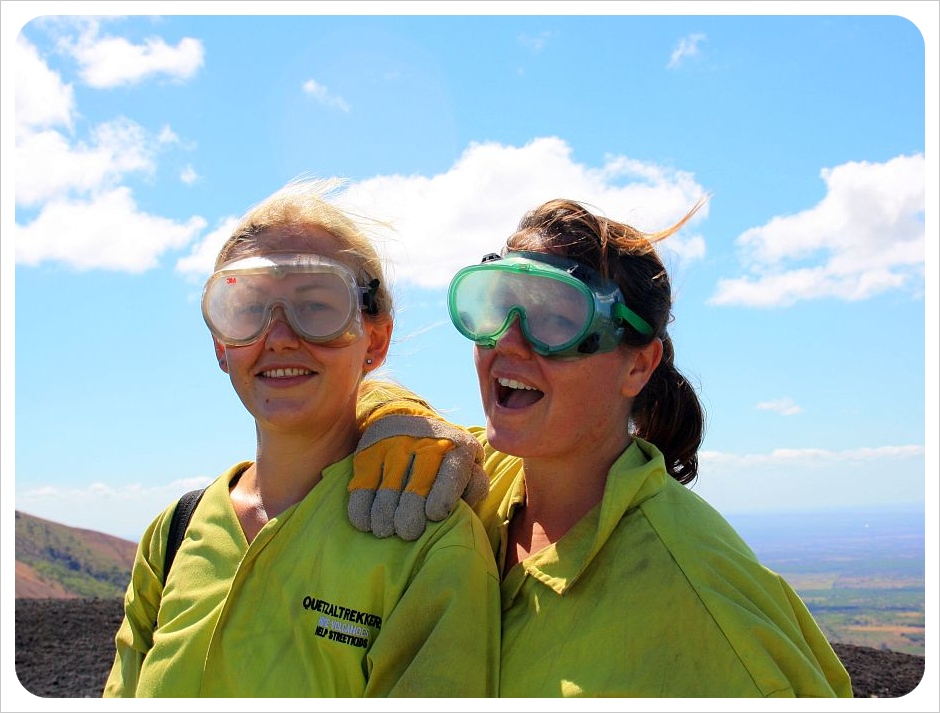 We’ve been officially tagged in a game of ABCs! No, we have not randomly started teaching English at an elementary school… Raymond from Man on the Lam, who we had the pleasure of meeting in Chiang Mai last month, has tagged us to take part in this cool chain letter talking about our personal ABCs of travel. Read on for personal insights as we each separately talk about how we got drawn into this life of travel, our favorite beers, why we prefer chickens on our buses, and even our favorite sports!

Find out at the end what five people we tag to take part next in this ABC chain letter madness!

A: Age you went on your first international trip

Dani: I was eleven when my parents took me and my brother to Italy after the wall came down. This was the first time that we East Germans were able to travel, so not only was this my first international trip, but it was also my parents’ first time abroad. I was blown away by the giant mountains of the Austrian Alps, the sea in Italy, and my first pizza. I knew then that I had to see as much of the world as possible!

Jess: When I was 16, I went to London for two weeks and Costa Rica for three weeks. This year changed my life, especially the Costa Rica trip, when I decided to get serious about learning Spanish and living abroad.

B: Best (foreign) beer you’ve had and where:

Not huge beer drinkers (we prefer a more expensive bubbly beverage…) but we both loved drinking cold Toña beer in the hot Nicaragua afternoons watching the sunset. 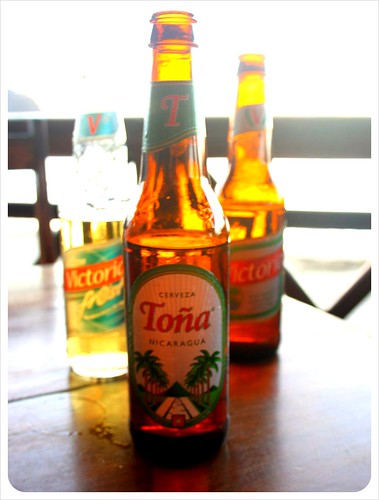 Dani: Italian. I can never get enough of pizza and pasta. The same goes for Thai food – I just don’t get tired of it.

Dani: Italy for the food and the charming little towns, Guatemala for the people, Mexico for its beauty.
Least favorite would be El Salvador. Too Americanized and it didn’t have anything that I couldn’t find somewhere else.

Jess: Favorite destinations would be Lisbon for the awesome city/beach balance and Guatemala for the culture.
Least favorite was Honduras for me. Just didn’t like the vibe or the food and didn’t find locals as friendly as elsewhere.

E: Event you experienced abroad that made you say “wow”

Dani: Seeing the pyramids in Teotihuacan, Mexico. Breathtaking! Also the little town of Todos Santos Cuchamatan, the first place we visited where we were the only white people amongst the traditionally dressed Maya, both men and women. 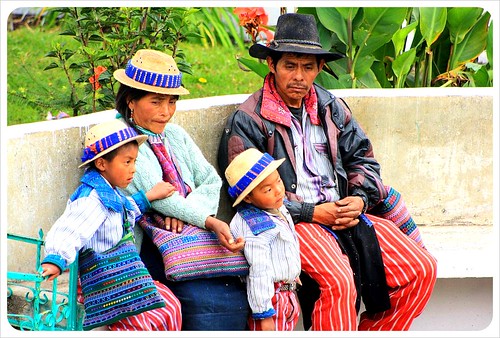 Jess: I loved the colorful festivities of the Guelaguetza in Oaxaca. The whole city puts such effort into parades, parties and costumes.

Dani: Local buses! We love the experience to travel with chickens, sacks of rice, hand-made baskets, and other local produce, and the vendors that come on the bus in Latin America to sell food and other things.

Jess: I actually feel the safest on local buses! They go where they say they are going, locals take them and can sense when something is not right, and they are a fair price, not inflated for foreigners. Con artists and sneaky thieves have their attention focused on VIP buses so there is less of a risk for theft as well. 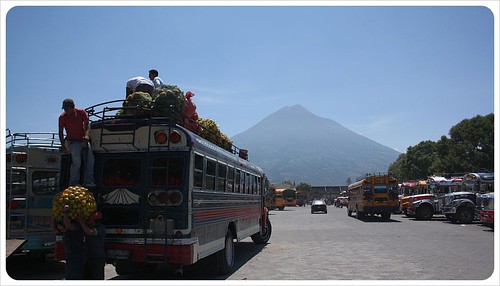 Dani: The freedom of being able to do whatever we want, whenever we want.

Jess: Forgetting that it is Friday, because all seven days of my week rock now as much as Friday used to!

Dani: Southern Arizona in the middle of summer. It was about 110 F most days, and walking outside of the house felt like walking into an oven.

Jess: Ditto, but Canada this summer was surprisingly hot (easily 95-100 F some days).

I: Incredible service you’ve experienced and where

Dani: Yet to come?

Jess: Yet to come…

J: Journey that took the longest

Dani: A 41-hour bus ride from Germany to Southern Spain. The trans-European bus stopped in so many towns in Germany, France and Spain that the journey took two full days and one night!

Jess: The three-day, two-night Ticabus journey from Costa Rica to Guatemala or the other way around, which I have done three times throughout the years if memory serves correctly.

K: Keepsake from your travels

Fridge magnets…they are small enough to fit in our backpacks and we’re collecting fridge magnets in all the places we visit. We keep thinking that we will need a VERY big fridge when we finally settle down somewhere.

L: Let-down sight, why and where

For lack of a better answer, we would say Stonehenge. It’s an incredible, mysterious feat and the idea of it is so interesting. But when you’re there, it’s some large slabs of rocks just off of a busy road packed with people drive-by sightseeing. 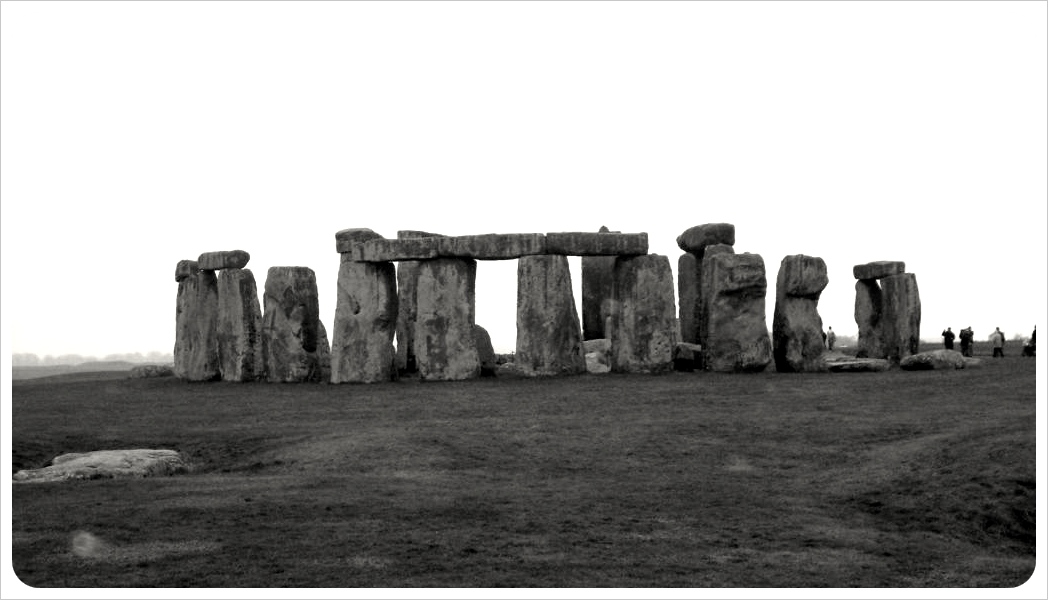 M: Moment where you fell in love with travel

Dani: In Italy on my first ever trip abroad. Trying new foods, hearing a foreign language I didn’t understand, seeing towns & people so different from what I knew.

Jess: Costa Rica when I was 16. It shocked me how differently people lived to my way of life, and I immediately wanted to ‘try on’ other ways of life to compare with my own.

Dani and Jess: The Penthouse suite at the Adagio Hotel in San Francisco, with amazing views over the city.

O: Obsession—what are you obsessed with taking pictures of while traveling?

Dani: Cats and dogs! I might have the biggest collection of dog & cat photos around the world, and it is still growing… 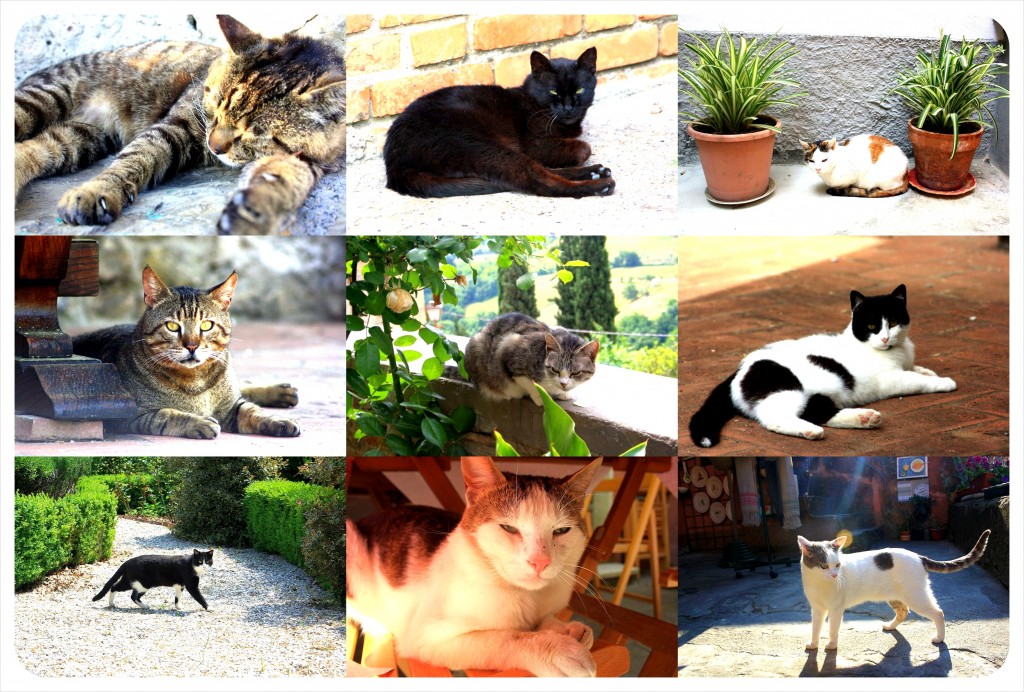 Jess: Patterns. I love the designs in architecture and interior design and take shots of the patterns I see.

P: Passport stamps, how many and from where?

Dani: 25 stamps from all of North and Central America, a few entry points in Europe, and now Thailand and Laos.

Jess: I’ve got over 50 stamps in this passport from Canada, Mexico; every country in Central America, most of Western Europe, Norway, and now Thailand and Laos.

Dani and Jess: The Museo de Historia Natural museum in Quetzaltenango, Guatemala. The exhibition felt more like a (very old) report painted and written by first graders, not like a museum. There was a three-headed cow on display, a couple of other deformed animals, the creepiest stuffed creatures, plus a pickled human fetus. It was just bizarre.

Dani: Oktoberfest in Germany – it’s like nowhere else in the world! 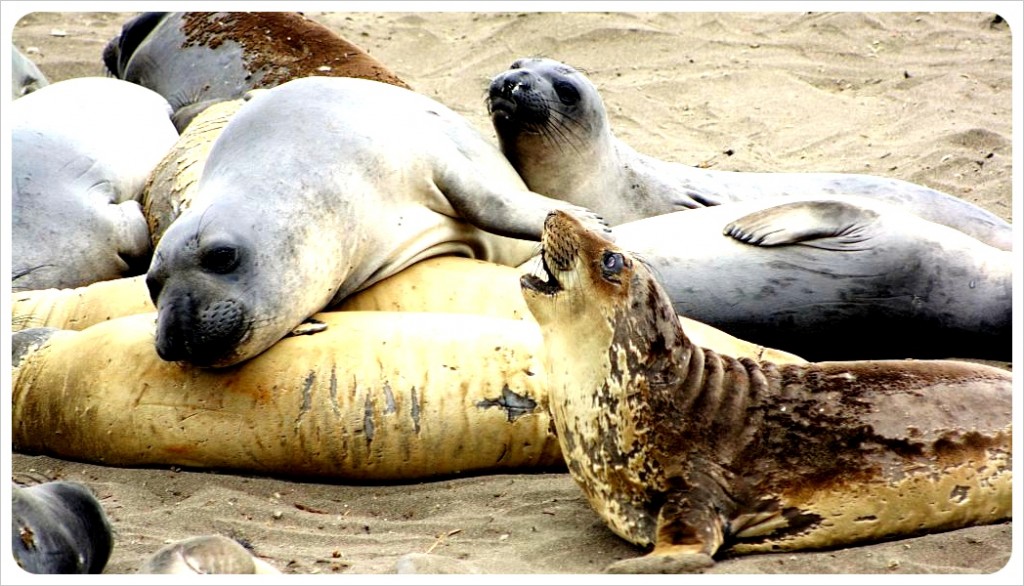 S: Splurge — something you have no problem forking over money for while traveling

Dani: Coffee! We’re both coffee addicts and while others might fork out lots of money for booze, we tend to spend lots and lots of dollars for good coffee.

Jess: Definitely coffee, as well as the occasional luxury hotel. Saving $$ keeps us on the road longer, but every once in a while, five stars can really help, too…

Dani and Jess: We went on a Mediterranean cruise this past summer – as touristy as it gets (and we loved it!) 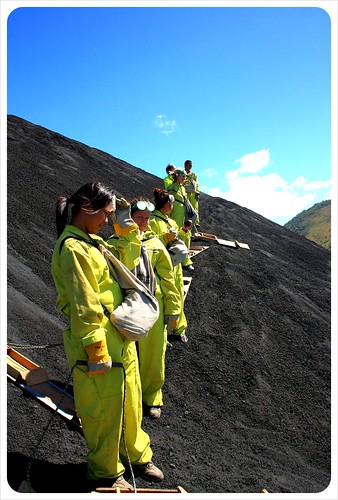 Jess: At the start of our trip, after spending two months traveling in the U.S., we arrived into Mexico City in the dark, late at night. The next morning, we walked out of our hotel into the booming, pulsing sounds of this huge Latin city, and I couldn’t stop smiling. There was so much to take in, so many things happening, but it was the first time since we had set off that I felt like we had really jumped in, head first to a life of travel.

V: Visas, how many and for where?

Dani: Only two so far – Laos and Thailand

Jess: I have several full-page work visas from Germany and Britain as well as now Laos and Thailand.

W: Wine, best glass of wine while traveling and where?

Dani and Jess: Italy of course!

X: eXcellent view and from where?

Dani: Views over the seemingly endless jungle from the top of the pyramids at the Maya site of Tikal in Guatemala

Jess: I loved the views from the hilltops in Lisbon. It’s hard work walking up them, but once you do, the sea, the bridges, and the white-washed walls and tiled buildings ooze with charm.

Z: Zealous sports fans and where?

Dani: Soccer! The only sports that gets me excited, especially the World Cup. Jess and I loved cheering on Germany on its home turf in 2006, and we found ourselves cheering for Germany once again in a great atmosphere on the Zocalo in Mexico City at the World Cup 2010.

Jess: When I’m in the U.S., I love going to a baseball game, but don’t really watch sports on TV. When abroad, soccer is really addictive! 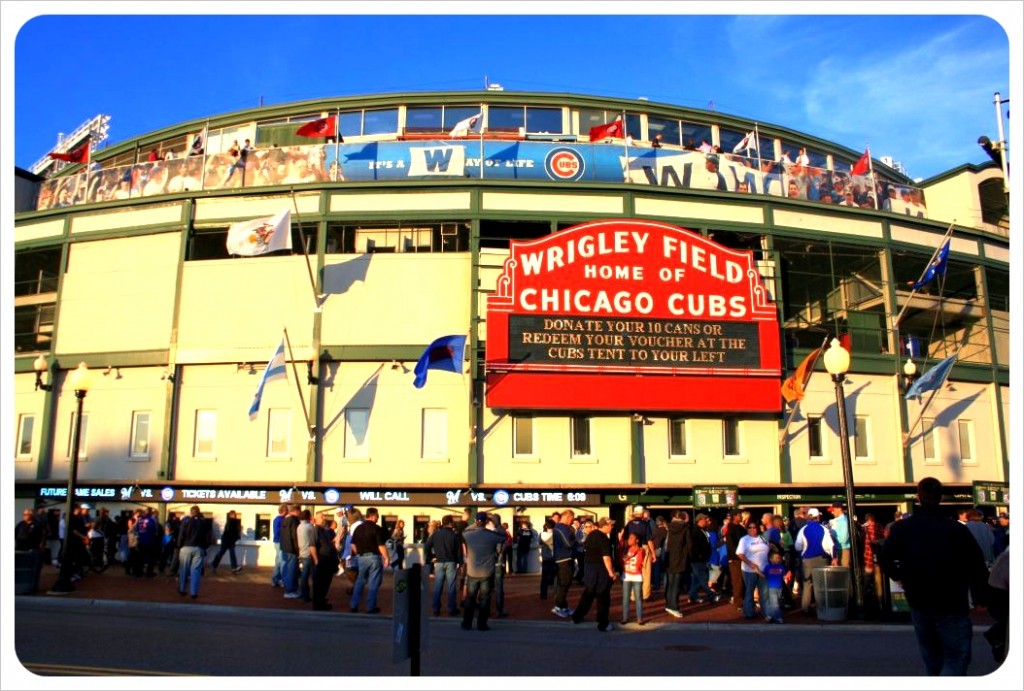