Loving the road trip feeling so much, we decided to extend our NYC2NOLA trip all the way back up north to Chicago via Memphis, TN.

Our last morning in New Orleans we wandered through Lafayette Cemetery, famous for being featured in Anne Rice’s Interview with a Vampire – both the book and the film. Lafayette Cemetery is fascinating with its white above-ground tombs dating back to 1789 and although the popular tourist attraction is a part of pop culture, we had the soothing, shaded cemetery to ourselves on that last morning in NOLA. 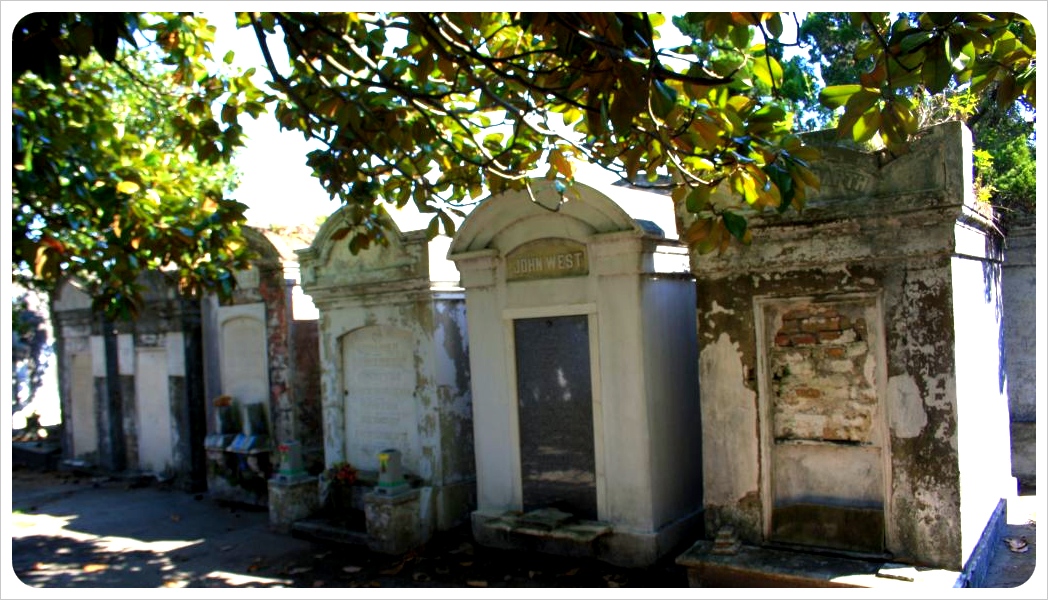 With a heavy hearts, we finally said goodbye to New Orleans  (made possible only because we know we will be back, one day) and headed north through the swamps of Louisiana and across the entire state of Mississippi to Memphis.  It was late afternoon as we pulled in to Memphis, and we headed straight to Beale Street – the official Home of the Blues. 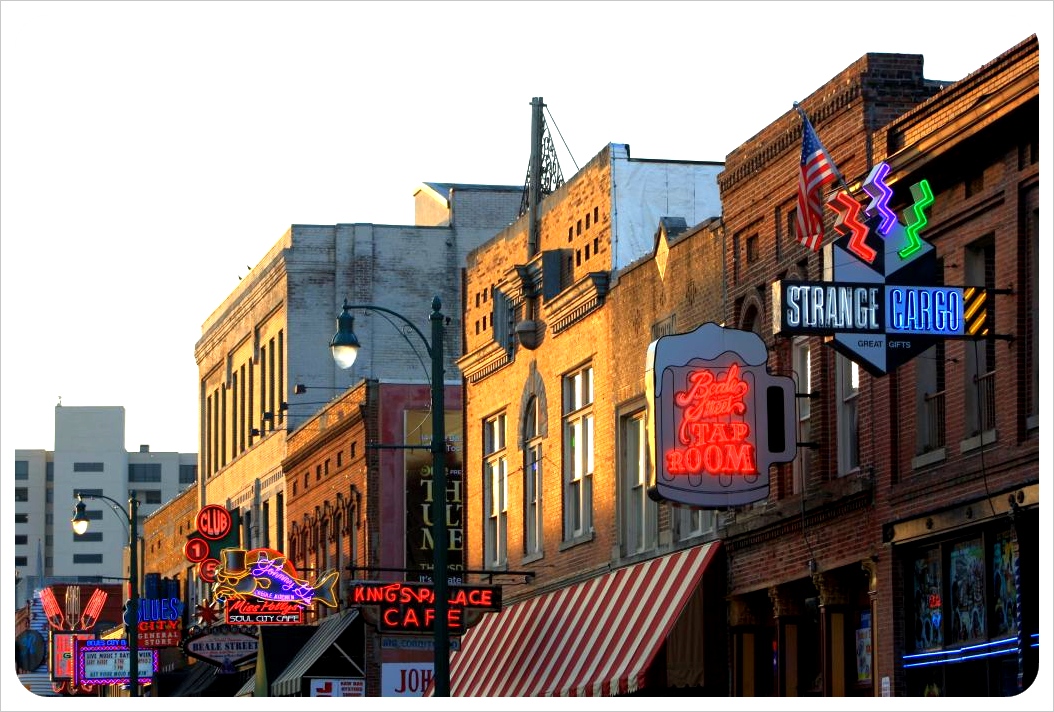 While countless blues singers officially cut their teeth here, we both felt the street had unofficially become an over-packaged, over-priced memory of what it used to be. While the same could be said for much of Memphis (we were less than impressed), one aspect of our 24 hours here didn’t disappoint – Graceland! 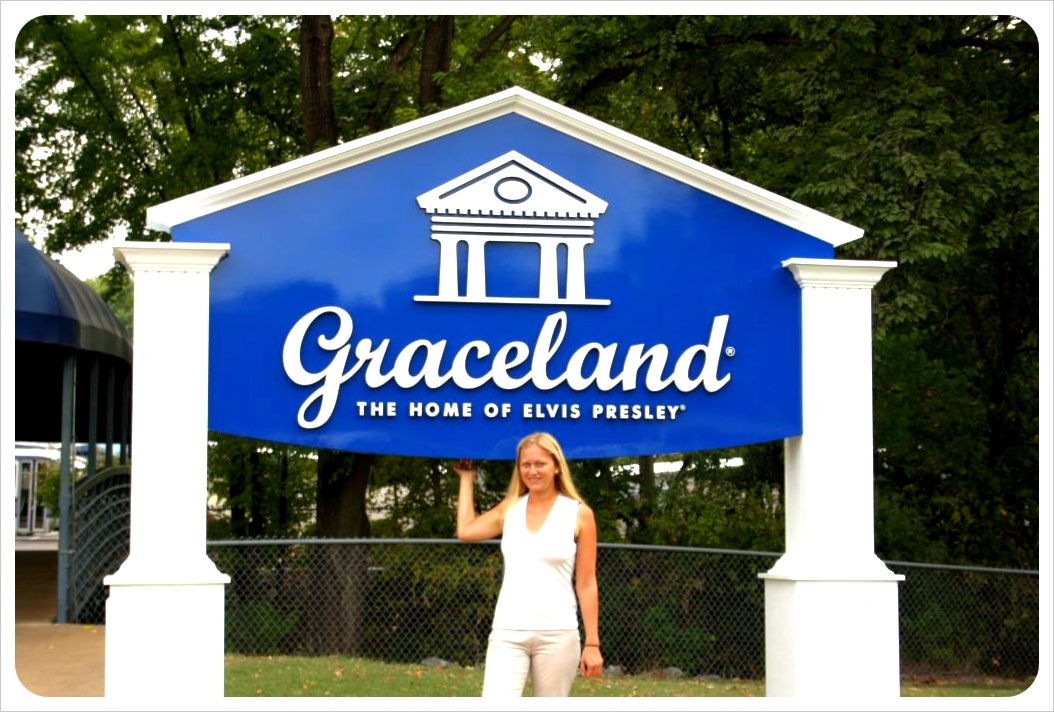 Despite not knowing much about Elvis Presley at all, it would have felt silly to pass through town without visiting this iconic attraction, and it was worth it! Graceland is basically like a walking tour of as-yet unproduced episode of ‘Cribs: 70s style’ . Shag carpet on the floors and ceiling, 8 tracks and 45s stockpiled next to the stereo in the living room, long white leather couches in the family room, and mirrored ceilings in the bedroom really set the tone for the rock star lifestyle of the King. It was just as interesting, however, to see just how ‘normal’ the kitchen appeared, which was, as Lisa Marie explains on the low-tech headphone walking tour, the heart of the house. 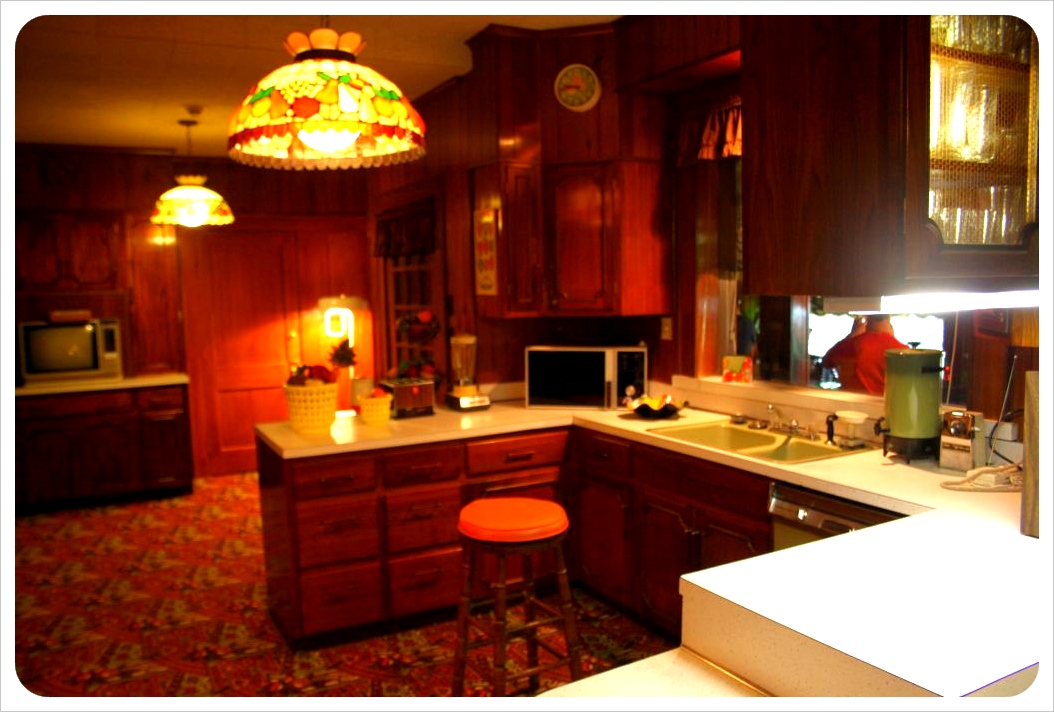 We saw the $200,000 racquetball house, the stables, the auto museum and of course, the entire Presley family’s gravestones, adorned with the flower arrangements which still arrive  from around the world on a daily basis. If there is one thing we took away from this experience, is that the passion for the King is still very much alive and well around the globe. 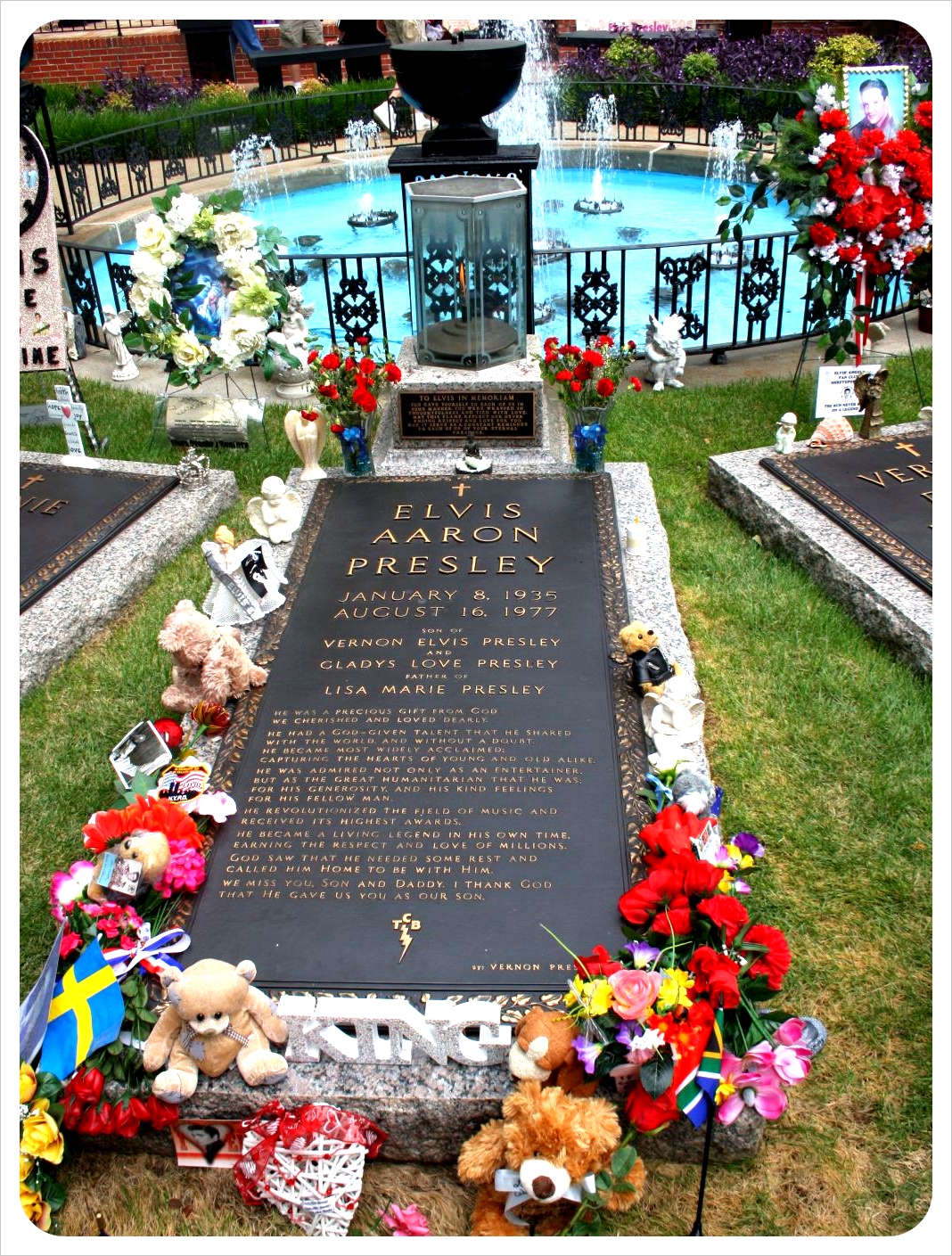 After a quick peek into Elvis’ two private jets, we jetted off up Interstate 55 on our way to Chicago, where, 3,000 miles and 15 U.S. states later, we sure are happy to say we are ‘home’, even if just for a few weeks. We arrived just in time for my birthday, and it felt great to celebrate with life-long friends! 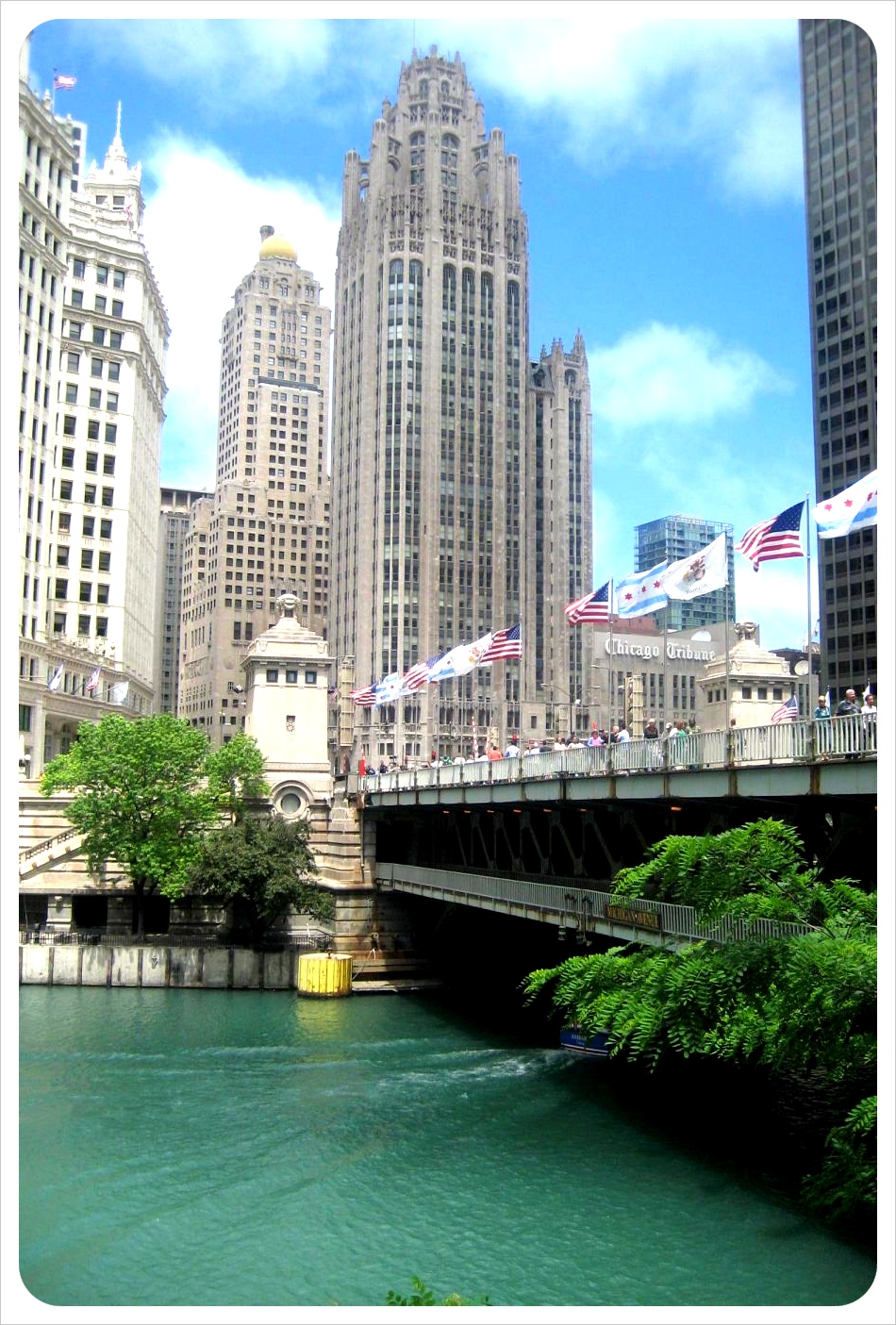 We plan to do more catching up with friends and family and working our tails off before heading to Bangkok next month where we will begin the South East Asia leg of our trip.

Now that we have a stable place for the next few weeks, we will be putting out in-depth coverage on the experiences and destinations of our Great American Road Trip, so stay tuned for that, plus food highlights, post road trip observations on America and more.

Thanks for following along on our Great American Road Trip 2011 from New York City to New Orleans and Chicago, as well as providing such amazing travel tips and suggestions along the way! We couldn’t have had this great experience without all the help!