After months of traveling through some less than gay-friendly locations, we find that we wrestle with what has essentially become a half in, half out of the closet lifestyle. As gay travelers, are there times when we should go back inside the closet? And if we do go back in, how far is too far? Dani and I certainly haven’t crawled back in and shut the door, but we do play a bit of hokey pokey while we travel, putting one foot in, one foot out of the travel closet. 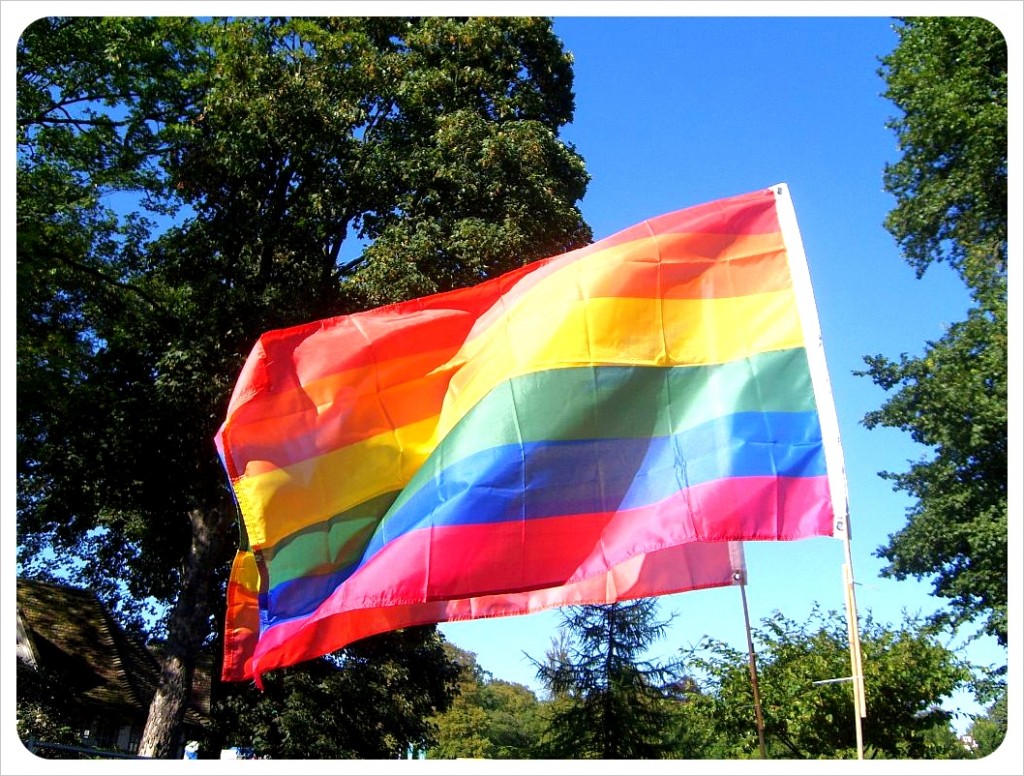 After living in gay-friendly locations like London, Brighton and parts of Germany prior to shifting into full-time digital nomadism, it has been nearly a decade since either of us have ever really had to deal with this issue. Travelling through Central America for seven months this past year, however, we found that there were automatically times when we just knew it would be better not to hold hands, and to keep public displays of affection to a minimum, and other times where we were pleasantly surprised at the openness of the gay community and joined right in. 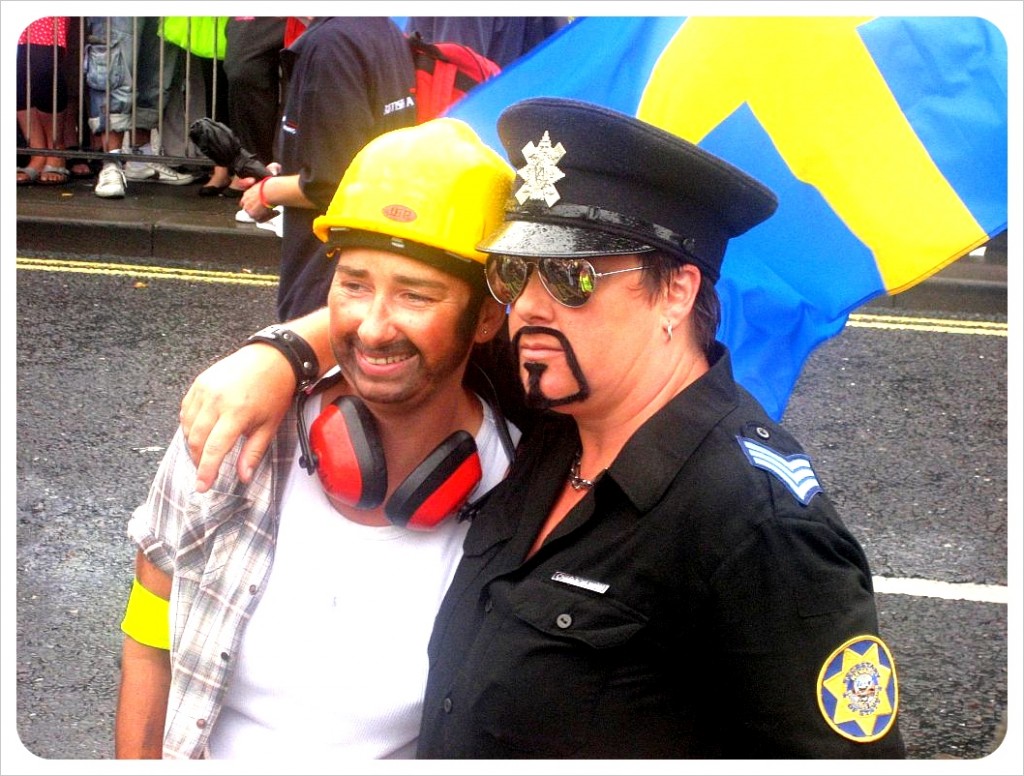 Bringing extra attention to ourselves in foreign countries where gay rights are about as low on a political agenda as cleaning up political corruption seems like it is not a smart idea. There is no question that coming out and being open are the first steps toward full acceptance within wider society, but as eternal foreigners, it is hard to be willing to take those risks in other countries, especially when homophobia seems to be increasing in some areas despite progress being made in others. In Brazil, a country with one of the largest gay communities in Latin America and over 150 Gay Pride Parades throughout the country (including the world’s largest, Sao Paolo, with over 3.3 million partygoers each year), over 250 members of the gay community were killed in 2010. How to approach such a country as a gay traveler? Engage in the community and take that risk, or keep quiet, soak up the sun and move on without saying anything at all? 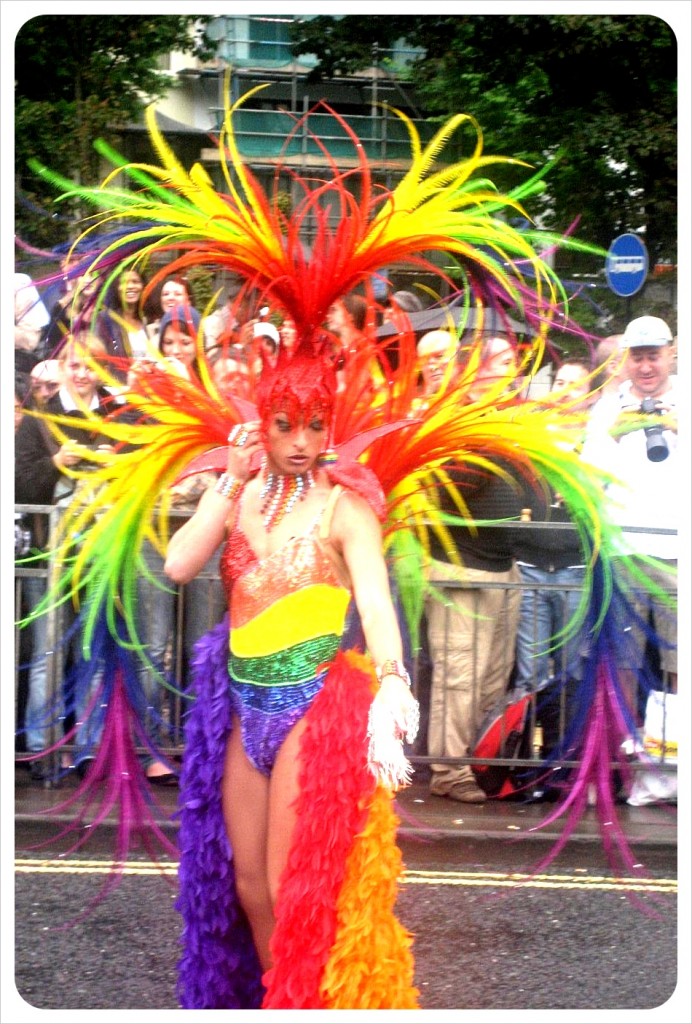 While traveling in London, Munich, Milan or New York, we never hesitate to hold hands and smooch as any other couple does. Those who are shocked or stare can learn a lesson or two – yes, this is what a lesbian couple can look like, and no, us loving each other has nothing to do with anyone else’s satisfaction. In fact, even in Mexico City, we felt completely at ease touring the metropolis hand in hand, as the city was surprisingly gay-friendly. In such large cities, at least in the west, we feel that we not only have the right to show our affection for each other, but that it should not even be a consideration to hide who we are. 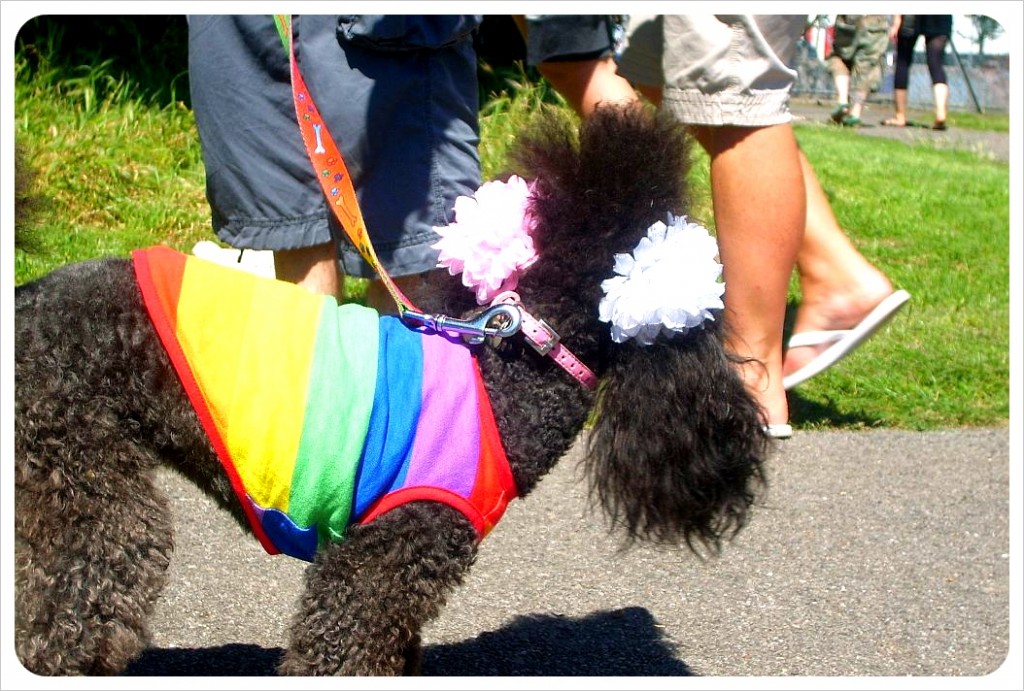 Holding hands through Honduras, or almost anywhere in Central America, was a different story entirely. With the exception of Belize (where homosexual acts are a punishable offense), gay and lesbian couples have the right to show their affection in public. However, although loved-up heterosexual Latinos engage in full-blown make out sessions throughout the region, we never once saw a gay or lesbian couple as much as hint at affection. Additionally, with the exception of Manuel Antonio in Costa Rica and a few very private (and exclusive) gay resorts in other Central American countries, gay-friendly tourism is nearly non-existent here. However, we tend to be travelers first; we would never say that regions that are not gay-friendly are off-limits. Instead, adhering to the age-old ‘When in Rome’ adage, we follow suit and keep our public affection to stolen winks and private kisses.

For a short term vacation, this would hardly be an issue for us at all. However, as long-term travelers, this half-in, half-out of the closet stance can be an incredibly difficult status to maintain. There is certainly frustration at the very thought of being closeted, even if for safety reasons, and it is emotionally straining to essentially revert back to a lifestyle of not being as ‘out’ as we have otherwise always been. A fellow gay travel blogger recently mentioned that in the last three months of Central American travel, he has never once come across another gay backpacker. But maybe he has. Maybe it has just been easier for gay travelers to keep that foot in the closet. 90% of people we’ve come across, locals or foreigners, have had no idea we were gay either. We certainly don’t hide it if asked, but we tend not to bring it up, either.

We want to know what you think – gay or straight, long-term traveler or  holidaymaker.

Are you a gay/lesbian traveler? Are you open all the time when you travel regardless of the consequences? Do you live somewhere where a gay tourist might be in danger if they were to be open about their sexuality? We welcome any and all comments on this!

Inside Croatia: 7 Things You Have to See