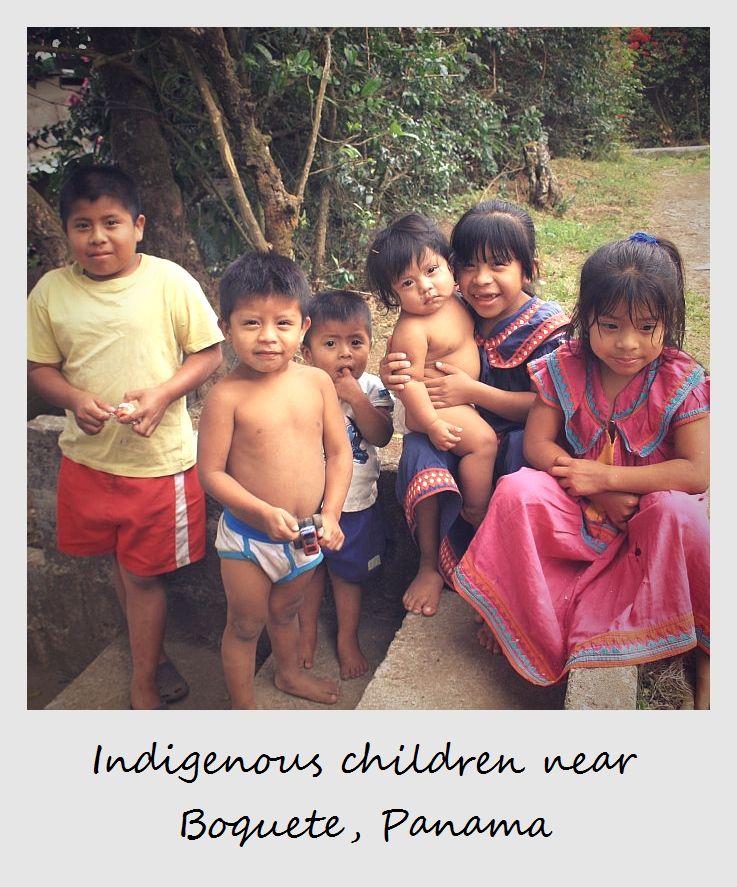 On a hike through the mountains surrounding Boquete, a town in Panama’s Chiriqui region, Jaime and I met these adorable Guaymi kids, part of the indigenous group also known as the Ngobe-Bugle who live up in the coffee growing highlands. Although Panama has a smaller indigenous population than other Central American countries, there are still many groups throughout the country, with the Guaymi making up the largest part, at 63 per cent.

While these cuties were all smiles as we stopped for a chat, the Guaymi have had to fight hard for their rights and their territory, after the Pan-American Highway was built right through their communities, banana plantations were planted in their territories, and having worked under terrible conditions and for poor wages on the coffee farms in North West Panama for many years. In 1997 the government ‘awarded’ them their own reservation. The Guaymi continue to live a simple life in very basic houses and work mainly on coffee farms or other agricultural plants, isolated in their community. The women still wear their traditional dresses in bright colors and have been following their customs for hundreds of years, despite the fast-developing world around them.