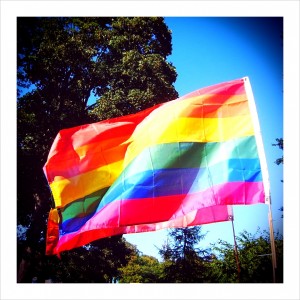 Mexico City’s Tourism Minister announced yesterday that the city is offering a free honeymoon to Argentina’s first gay couple to wed under the country’s new gay marriage law.  Argentina is the first country in Latin America to legalize gay marriage, but the Mexican capital itself approved gay marriage and adoptions last year, largely against the wishes of the conservative right (which includes President Felipe Calderon).

When this story first broke in December, I remember us being shocked at such a liberal step from a traditionally Catholic society. 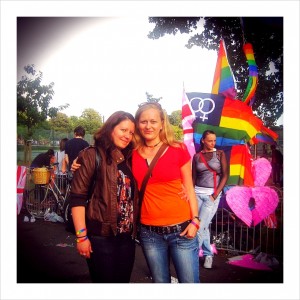 Despite the official legalization of gay marriage in Mexico City, we were certainly worried at the attention the two of us girls might receive if seen holding hands or showing affection in public. On our first full day in Mexico City, a city with over 600,000 American ex-pat residents, we saw far morelesbian and gay couples holding hands while walking through the streets as we did fellow gringo faces.

In fact, though we have l ived in very gay-friendly cities like Brighton and London in England and just recently finished a visit to San Francisco, we are both surprised and delighted by the LGBT-friendly residents and the comfort with which gay men and women walk hand in hand together (and even kiss) in this major Mexican metropolis, thus smashing my theory that machismo might overrule steps toward gay marriage here.

Hopefully with Argentina making the major move as Latin America’s first country to legalize gay marriage, a chain reaction will occur throughout the region.

The only question now is how long it will take the United States and the African continent to follow in Europe and Latin America’s footsteps, as discussed in this AOL article.

28 things I love about New York City in the summer

Five Destinations You Should Visit In 2017